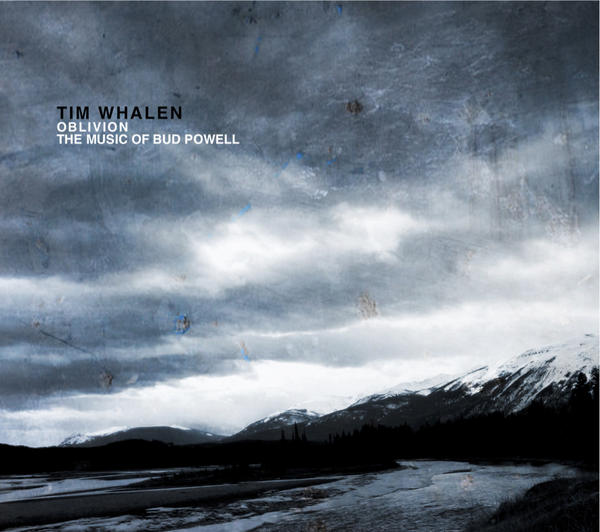 The Tim Whalen Trio will perform on Thursday, April 6 at The Jazz Estate in Milwaukee.

“Oblivion,” the title of a Bud Powell tune, might be the single best word to describe the great pianist’s sad legacy. His name is in need of desperate repair, ravaged by the winds of time and his own peculiar fate. Pianist-composer Tim Whalen has gone a considerable distance in accomplishing that with his album Oblivion: The Music of Bud Powell. But we must backtrack a bit to understand the title’s significance.

It remains a matter of bald historical fact that Bud Powell was the mid-and-late 40s bebop era’s most sought-after pianist, yet he remains to this day probably the most underappreciated, given his true stature.

His direct contemporary Thelonious Monk has had his day in the sun, something to be celebrated, thanks significantly  to a composing style apart from, and more easily congenial, than the hard-core bebop that Powell excelled at. And their stories interwtine and lead to perhaps the most fateful day of Powell’s career, which also speaks to present-day concerns about police brutality against unarmed black men.

It’s unfortunate that Robin D.G. Kelly’s largely impeccable and voluminous 2009 biography, Thelonious Monk: The Life and Times of an American Original, doesn’t note the cruelty and neurological damage done by a police officer on the night of January 21, 1945 to the man that Kelley calls Thelonious Monk’s best friend.  According to Duck Baker, album annotator of Bud Powell Paris Sessions (Pablo 2002), “Bud was foolish enough to interfere with some Philadelphia flatfeet who were getting rough with his best friend, Thelonious Monk.” The bludgeoning Powell suffered for his loyal courage “changed the course of his life, as Bud was led to a series of mental ‘hospitals’ where he was pumped full of pills and given shock treatments.”

Powell’s life generally spiraled downward after that, though he managed a resurgence in 1946, as evidenced by several recordings and, after being readmitted to a mental institution in 1947, by his celebrated Blue Note recordings (especially 1951’s The Amazing Bud Powell Vol. 1.) Also excellent are recordings in Europe in the late ’50s and early ’60s, including a late reunion with Dexter Gordon on the saxophonist’s superb Our Man in Paris. His career ended in “scuffling obscurity,” says jazz historian Alyn Shipton, due to his complicated mental problems and issues with drugs, and ironically to his return to New York in 1964. This was a man who, in his early 20s with the Cootie Williams Orchestra, had accompanied stage acts “so brilliantly that he outplayed the dancers he was supposed to be accompanying,” bassist Ray Brown recalls in Shipton’s book.1

Regarding the deleterious effects of shock treatment, I can attest, as it has been still used in recent years in sophisticated hospitals and clinics. I witnessed shock treatments given to my late ex-wife who suffered cognitive damage after undergoing them at the Mayo Clinic and other facilities.

Monk, for one, remained much attuned to Powell’s travails. “Bud was a genius, but you know, he was so sick, and now he’s fragile,” Monk once recalled. Another time, Monk commented, “Bud is beautiful. But he’s not doing so well in America, he’s sleeping in the gutter.” Those are both quotes from Kelly’s copious Monk biography, which amounts to a new sort of definitive history of the bebop era.

Nor have I done Powell justice over the years, having become enamored of the late recordings he did of Monk’s music for Verve Records (and his Portrait of Thelonious on Columbia), to the neglect of Powell’s earlier work. Those Monk recordings somehow managed to be marvelous but were recorded long after he had lost his prime bebop musical facility and suffered from many medical peaks and valleys. 2. 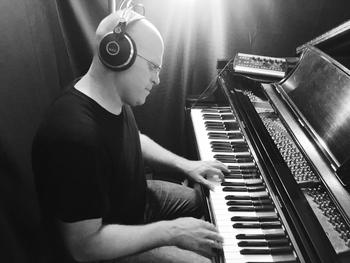 Pianist Tim Whalen at the recording sessions for “Oblivion: The Music of Bud Powell.” Courtesy timothywhalen.com

All of this underscores the importance and value of Whalen’s recording, which he will be playing from when he performs Thursday, April 6 at The Jazz Estate in Milwaukee with bassist Jeff Hamman and drummer Dave Bayles.

Comprising all Powell compositions except one by Whalen, Oblivion opens appropriately enough with “Hallucinations.” It conveys how much Bud possessed a spirit as high as his tragic bop kindred Charlie Parker. Whalen’s solo pushes hard, as if pressing to make a point about the tune’s odd juxtaposition of exuberance and sense of suffering. His heavy percussive attack recalls another bop-era pianist Eddie Costa, although he negotiates the knotty changes with aplomb.

What follows is one of Powell’s dazzling masterpieces, an impressionistic miniature comparable to Duke Ellington’s “Daybreak Express.” After a fine chordal intro, Powell’s “Parisian Thoroughfare” glitters with an ensemble line evoking a bustling street scene, with the band sounding like a crazy chorus-line of dancing cabs in a Folies Bergere fever dream.

Whalen finds fresh inlets of light by carving out spaces and adding garlands, a sort of blending of street smarts with Francophile ornamentation. Tenor saxophonist Elijah Jamal Balbed is a modern post-Coltrane player with a rich yet grainy texture to his tone that alludes to classic tenor players and adds an offhanded gravitas to his playing. Guitarist Paul Pieper proves a swift co-conspirator in Powell’s most challenging harmonic gauntlets. Drummer Sharif Taher here has a powerful chugging style reminiscent of Tony Williams.

“Kind Bud” is a deeper, darker aspect of Powell’s bebop and for its blues lament, almost intimates a political statement about the tragic fate of such a gifted artist, especially regarding his awareness of his place in society as a black man in a white man’s world.

“Un Poco Loco” is another ironic commentary on his own afflictions and perhaps the album’s hardest swinging tune, especially on Balbed’s surging sax solo. Whalen, by contrast, allows the music to breathe a bit, while never betraying the tune’s structural integrity.

The CD’s ensuing “Blue Pearl” is a rather glimmering beauty with a slight Latin tempo. The comparatively little-known tune has a lapidarian quality, reflecting a craftsman of precise discipline that begets beauty. Here and elsewhere, bassist Eliott Seppa’s harmonizing with the piano-guitar-saxophone frontline recalls the Heath Brothers at their peak.

One would expect the title tune “Oblivion” to sound as abject as say, Billy Strayhorn’s “Lush Life,” but the band understands it as a “bouncing with Bud” blues that signifies a devil-may-care attitude. That suggests Powell’s peculiar brilliance as searingly self-possessed in the knowledge of how his black genius was betrayed. Yet he’d never let on, never let you see him pitying himself. 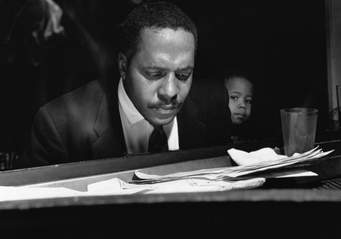 Sometimes Powell’s themes and solos can be almost overwhelming, but you get a heaping helping of bop at its most modernistic and visionary and yet with a long shadow cast over it, as the CD cover’s noirish watercolor landscape superbly conveys. So perhaps even now, this music isn’t for everyone, but there’s no doubt it’s a bracing and historic statement of an art form evolving to extraordinary artistic heights.

Whalen offers his own ode to Bud, in “I’ll Keep Loving You,” a brooding ballad that feels like a stealthy suitor stealing into the beloved’s heart even if the lover’s been long gone, off in another world.

Still, Whalen and company assure that Bud Powell has returned, in hallowed honor.

Whalen is a distinctly ambitious musician who has led both a popular R&B/funk jazz ensemble and a nonet, largely of Madison-based musicians, for a number of years. Among numerous accomplishments since moving to Washington DC in 2010, he orchestrated the string arrangement for the Oscar-winning song “El Otro Lado del Rio” by Jorge Drexler from the film The Motorcycle Diaries.

1 Alyn Shipton recounts Powell’s triumphs and tragedy in his A New History of Jazz on pages 491-495.

2. Despite Powell’s apparent loss of top-end technical facility in later years, the musical relationship between him and Monk remained crucial and vital. Some argue that Powell was Monk’s best interpreter. Seminal bebop drummer Kenny Clarke reputedly said, “Monk wrote for Bud. All his music was written for Bud, because he figured but was the only one who could play it.” https://www.amazon.com/Portrait-Thelonious-Bud-Powell/dp/B000002AHT