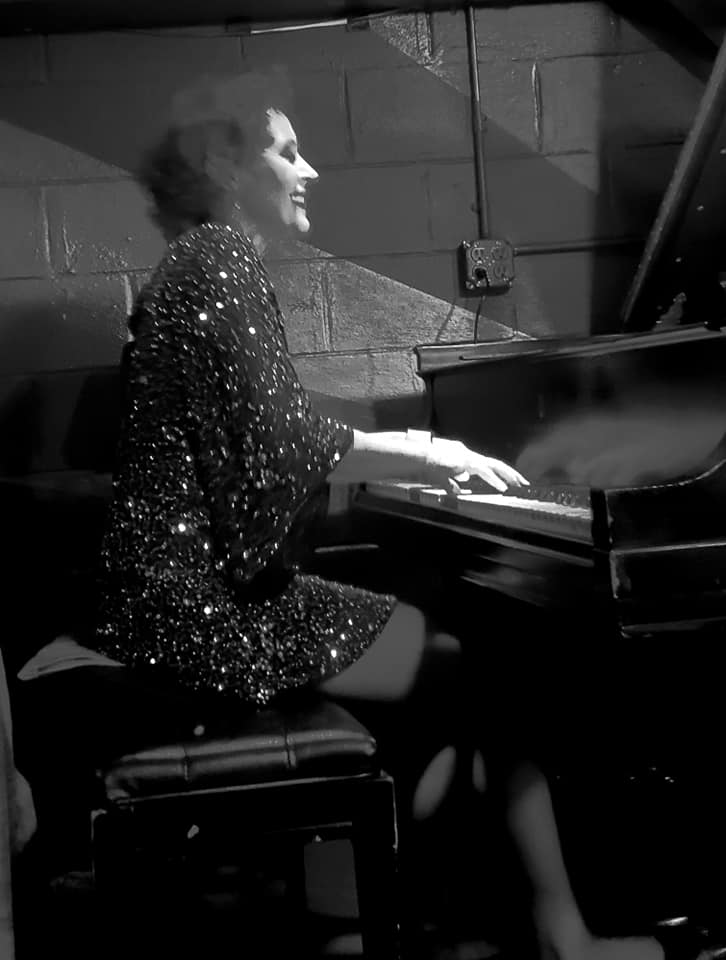 Lynne Arriale at the Jazz Estate, Sunday, March 3. (note the wrist brace on her left arm) Photos by Jerry Grillo

I had no intention of reviewing Sunday night’s live performance by the Lynne Arriale Trio at The Jazz Estate in Milwaukee, and I’ll try to be brief here, as my blogging goes. But I was prompted a bit by longtime Milwaukee jazz vocalist Jerry Grillo’s brief laudatory Facebook comments on the trio, along with his nice photos of them performing, a la the late and lamented uber jazz fan Augie Ray.

But it was the power, the beauty and the soul of the performance that remains simmering within me.

I walked away and commented to companion Ann, “I would say she is the best jazz piano artist to emerge from Milwaukee in my lifetime.” I’m not getting into comparisons, as there are several jazz pianists from Milwaukee who are arguably as good at the keyboard as Arriale. (And my “critic’s hat,” in effect, is the one sitting an arm’s length away from me, either a baseball cap or a “bebop hat”).

But I emphasize the term “piano artist” in making that assertion. And the quality of this performance was even more stunning given that she had just reinjured an old left-wrist injury earlier Sunday, which must disable her in certain functions (with a permanently disabled left hand myself, I know of what I speak). And yet, I heard little evidence of problems in her playing, aside from some Tyner-influenced deep left-handed chording not as powerful as one might hope, from hearing her recordings. Perhaps some of her two-handed voicings weren’t what she really wanted.

But the Milwaukee native is an extremely evolved artist in her now long and accomplished career as a jazz piano trio leader and composer. Her last two albums especially reveal how her vision, insight and passion cohere with her sense of being a fellow human and citizen in America, and of the world in very troubled times.

First, she spoke to the audience a bit nervously about her injury, but then about our times and how she has felt, thought, and responded to them. She said, partly due to the pandemic, she hadn’t performed in public in three years before her previous night’s gig at Cafe Coda in Madison, with these same “local” but superb bandmates, bassist John Christensen and drummer Mitch Shiner. 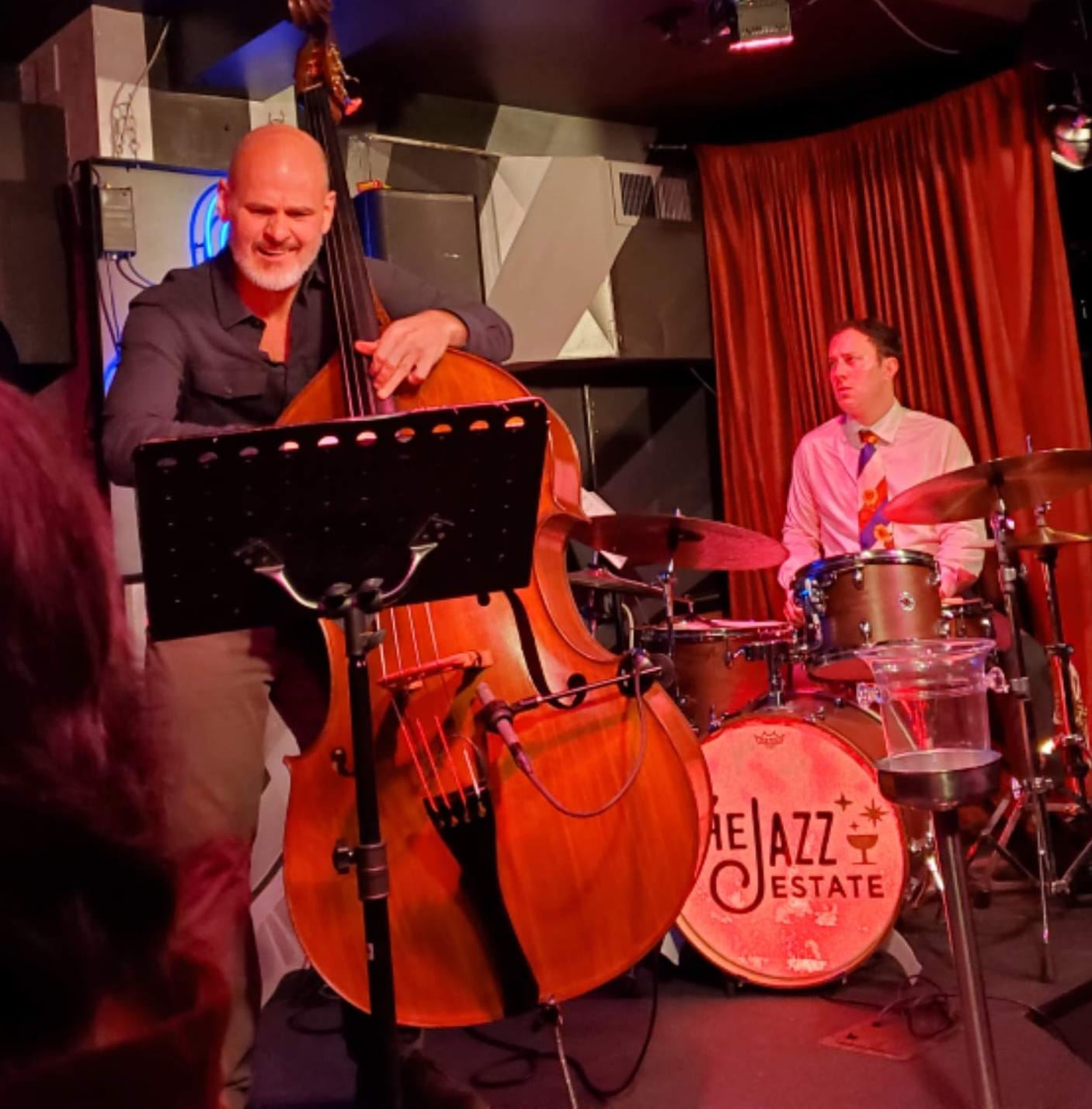 She opened with several pieces from her previous album Chimes of Freedom (the great mini-epic Dylan song) and began with the album’s opener, “Sometimes I Feel Like a Motherless Child,” the soul hymn which probably disarmed her nerves and any doubters in the crowd. Her butterflies had flown.

Emotional and musical eloquence radiate from her playing with heartfelt ardor and honesty, and focused intensity. She demonstrated throughout that she can do just about anything she wants to on the piano, including moving into a wide variety of moods and jazz idioms, from gospel-ish to bluesy to multi-valent modern jazz forms and vocabularies.

And she proved on her new album of all originals how accomplished she is as a composer, with some quite beautiful melodic and striking harmonic constructions. She also seems to be an extremely deft album and performance programmer. The new album’s title The Lights Are Always On, comes from an extended quote by an immigrant doctor from Kuwait who has worked long and hard to treat COVID patients, and the phrase is a brave promise to all prospective patients.

Arriale’s title tune perfectly conveys that committed sentiment, and that continued for various other heroes she celebrates on the album, from marchers for social and racial justice to “Sisters,” embracing all women sharing a need and passion for international solidarity for the advancement of their gender. Another piece, “Honor,” captured the Trump impeachment heroism of Lieut. Col. Alexander Vindman, with apt yet understated resolve and courage. Another feted Justice Ruth Bader Ginsburg.

Yet she also mixed in an (Eastern) Indian music-influenced original called “Dance of the Night,” which drifted a bit into non-Western modalities, and where Shiner deftly played his traps drums with his hands.

Both he and Christensen proved poised and highly attuned to the pianist, even with a lot of her material they probably haven’t played much at all. As Grillo commented on Facebook, Arriale is world-class, and these two musicians played in that class Sunday with authority.

She betrayed her baby boomer roots by playing Joni Mitchell’s “Woodstock,” but on her own musical terms. One more piece, late in the second set, and the night’s only unannounced piece, helped to deepen the subjective experience of honoring heroes, and of understanding something of what it takes to deal with the most challenging ebbs and flows that any hero must face in today’s world.

The music was Lennon and McCartney’s “Let It Be.” Arriale, deeply attuned to the lyrics of the songs she covers, allowed us all to breathe and perhaps even meditate a bit on the more high-pressure evocations of marching protesters, overwhelmed healthcare workers, and defenders of American democracy. This segment of extended grace was as moving as any moment of the evening, and allowed us all to be human, fallible, even neurotic, even as the latent heroism, perhaps within ourselves, challenges us to step into the necessary fray, with honesty and a measure of commitment.

This all added up, for me, to an immeasurable level of artistry in this trio performance. Arriale herself forgot Christensen’s first name at one point, and played through pain in her hand and wrist, and her own profound, if unspoken, personal losses. We were hearing a sort of heroism at work, her generous spirit and commitment, her exquisitely pointed and expansive testimonies.

Can music change the world? Well, I still like to think it can be a powerful trigger, a wellspring released from within any potential hero’s response.