Jazz artist Jamie Breiwick’s voice and vision have steadily grown, like rippling concentric circles, since he first caught the attention of fellow musicians, critics, and the public. The wind of his trumpet blowing plays a factor, but the wavelike depths arose from his extraordinary knowledge and honoring of the modern jazz tradition, while finding places in contemporary pop vernaculars for his voice, and realizing the wellsprings of his own creative identity.

That analogy seems apt as his seminal inspiration was Miles Davis, who shaped the tides of jazz time for decades, with an uncanny, lyrical and impressionistic sensibility, even as funky as he could get. “I had a Miles t-shirt in high school that I wore constantly,” Breiwick recalls. “The breadth of music he made is really staggering, whether bebop, free, rock, fusion, electronic, experimental, pop, hip-hop. He really blazed a lot of trails and left us with a lifetime of inspiration.”

Right now, Breiwick ranks among the four or five most important jazz musicians in Wisconsin and, among them, the youngest one on a still-rising arc of creative possibility. His prolific recorded output includes with De La Buena, and the influential 25-year band Clamnation. The pandemic threw many artists askew, but Breiwick pressed full-speed ahead, with voluminous recording and releasing on his own B-Side Recordings label. 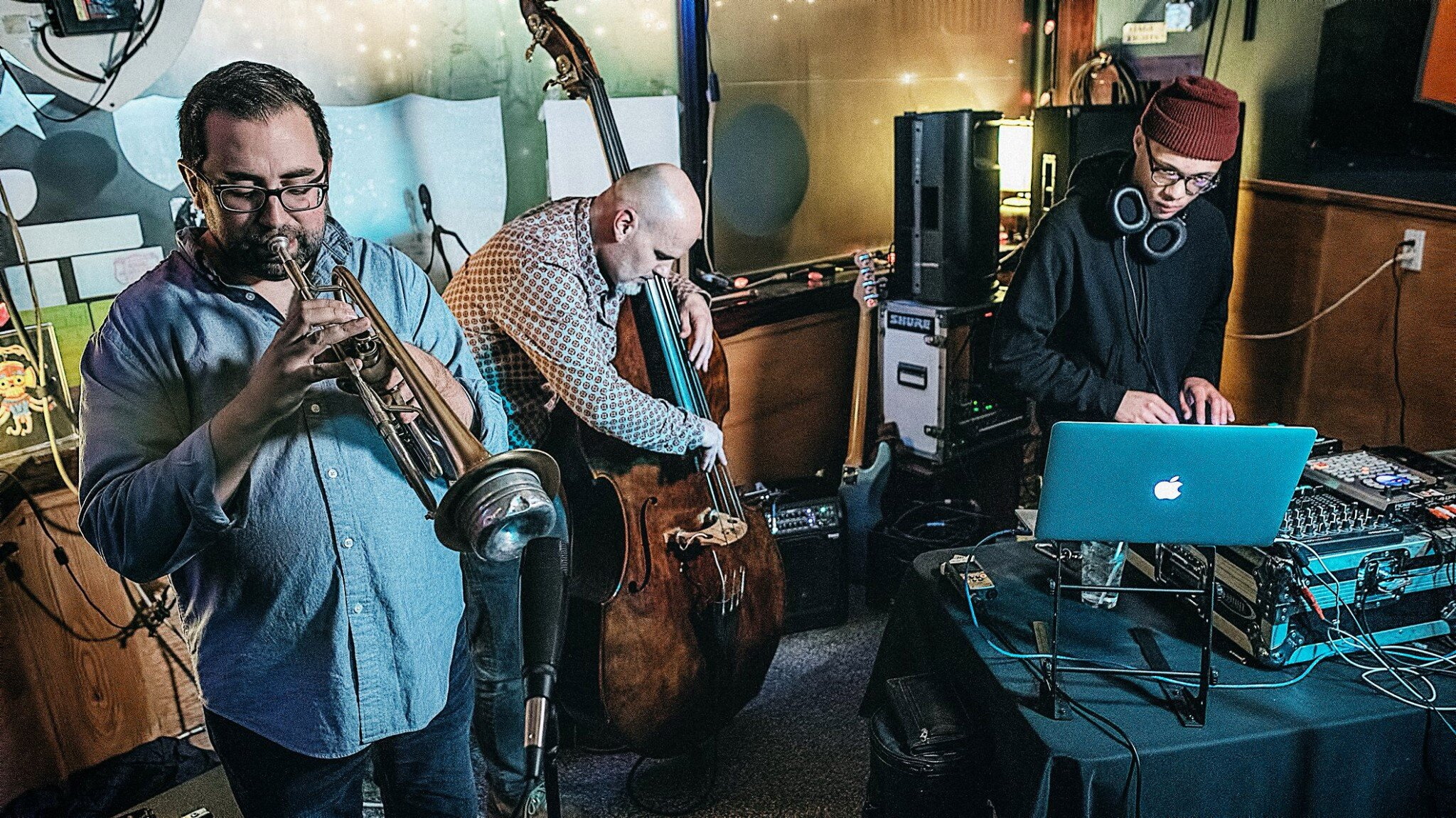 Breiwick’s graphic design talents sped this output. He creates all his own album covers (and those of others) with an imaginative but clean, post-1960s Blue Note Records compositional style. He just published a book of his jazz cover designs concurrently with an emblematic album, KASE + Klassik Live at the Opera House. His jazz-hip-hop-electronics trio, with bassist John Christensen and turntablist Jordan Lee, joined Klassik, perhaps the region’s most musically gifted improv hip-hop singer-song maker, who also plays keyboards and saxophone. KASE logically expands Breiwick’s creative ripples into exploring “sonic landscapes” – Miles ahead, atmospheric, wonder-inducing. 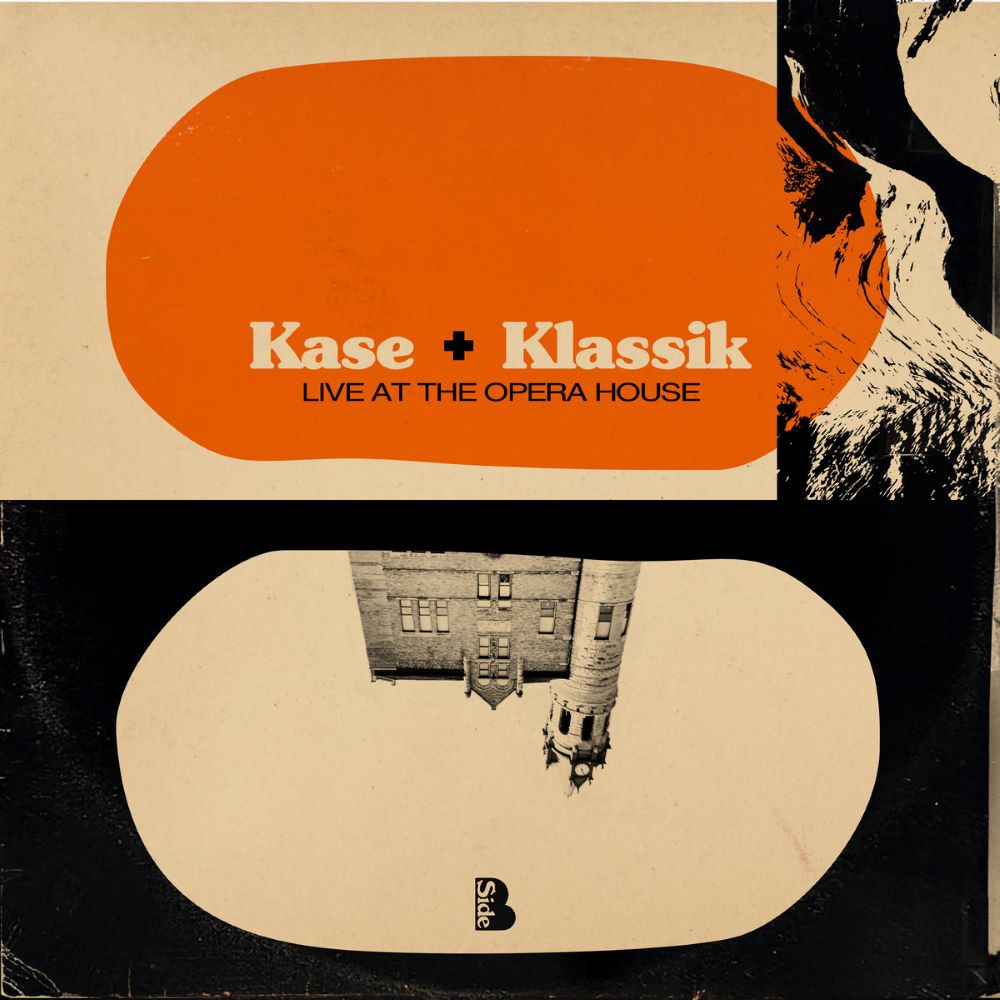 The cover of The Jewel: Live at the Dead Poet. 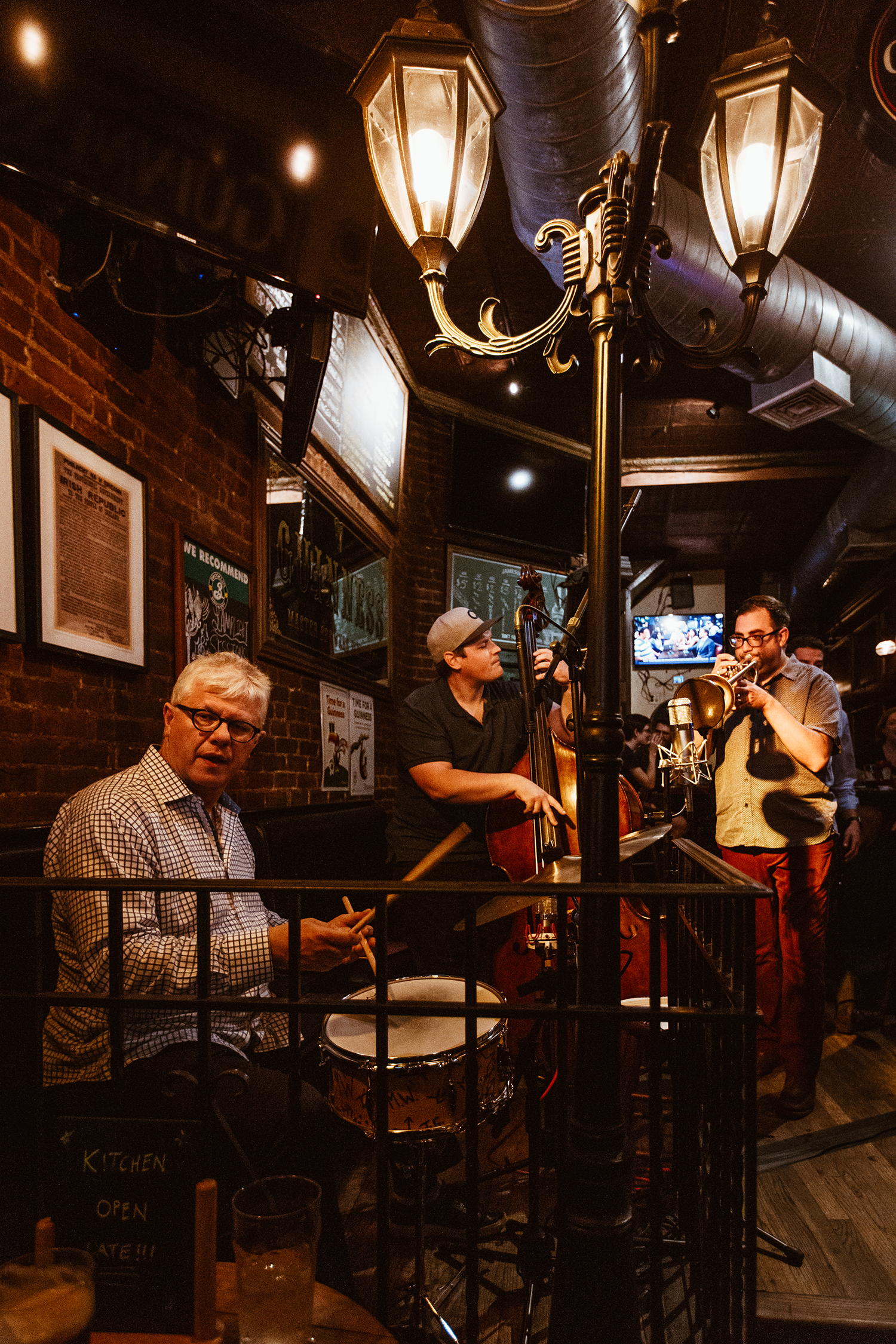 Breiwick plays a live date (here and in photo at top) with renowned drummer Matt Wilson and bassist John Tate.

“I think it is all in the delivery – people can tell if you are sincere or not. I try to create music and art that I would like myself and try not to be too corny or contrived, while at the same time recognizing my influences. What did Coltrane say? ‘You can play a shoestring if you are sincere,’ I think that is perfect.”

But he knows jazz musicians always need help in America’s capitalist society. Today they can increasingly help each other with online resources. In 2010, Breiwick co-founded Milwaukee Jazz Vision, an online organization that promotes jazz and its community in the Milwaukee area.

His visual-designer talents suggest deeper creative destinations. “It is a similar path of discovery. Visual art and music relate in so many ways – texture, structure, organization, color, tone. Five or six of my favorite designers are also musicians. There’s some sort of elemental connection between the two disciplines…Miles Davis was an incredible painter. Jean-Michel Basquiat deeply loved music and often used musical imagery or references such as Charlie Parker and Dizzy Gillespie in his works.”

Perhaps his most daring recent recording is Solve for X, duets with a longtime collaborator. Guitarist-synthesist Jay Mollerskov took samples of Breiwick’s own trumpet solos, to create sonic counterpoints and textural backdrops for Breiwick to play against. It works like a musical mosaic – outward refracting, rather than narcissistic. That’s because Breiwick knows of whence he came, as a trumpeter and creator.

“I’m inspired by a lot of things, all sorts of music, visual art, architecture, history, stories, traveling,” he says. “I am just trying to better find out who I am, and ultimately just trying to keep moving forward.”

So, Breiwick’s self-discovery proceeds. As to forward progress, only time, his seemingly ever-expanding wave, will tell.

This article was originally published in slightly shorter form in the May 2022 print magazine edition of The Shepherd Express, available free at many locations around Milwaukee County.