My Labors & More lies in sorry obscurity, blues singer-songwriter Nick Gravenites’ one shot at a major-label recording in 1969. It’s slightly quixotic, but in the best senses, in the blues of senses. The blues court obscurity like an old drinking buddy, even as they howl at the moon and tilt at windmills.

On the opening song, “Killing my Love,” the band marches smartly out of the box, as guitarist Michael Bloomfield blisters a solo that shows that few, if any others of the period, could inject so much passion into guitar strings. And back then, there was plenty of competition.

This album brims with absolutely vintage Bloomfield throughout. Yet, about half of this album is also on the Live at Bill Graham’s Fillmore West 1969 album by Michael Bloomfield with Nick Gravenites and Friends, including Taj Mahal (pictured below). So, if you own that album, you might consider the duplication.

But I own both, and I’m happy to have My Labors regardless, for more than the single ultimate reason, a 13-minute-plus story-jam called “Wintry Countryside,” unique to this album, a stunning piece that any fan of Bloomfield (and Gravenites) should own. It opens with a superb blues piano solo by Butterfield Blues Band keyboardist Mark Naftalin, which sets the rarely-evoked wintry mood, which Bloomfield sustains with a gleaming solo in the snow.  “Just try living alone in a heart cold as stone, just thinking about the one who kept you alone,” Gravenites moans, telling a tale of spiritual devastation in the coldest of seasons. Bloomfield’s second solo proves he stood virtually atop the guitar game in 1969, with jaw-dropping fire you just can’t miss.

“Blues on the West Side” is the hidden prize. The album lists it at 6 minutes and 40 seconds. But, in fact, My Labors gives you the full 15 minute-plus slow blues that also highlights the Live at Fillmore West album. It’s one of Gravenites’ most soulful vocals, and again you get sizzling prime-rib Bloomfield, here revealing his mastery of contrasting moods.

Two such long pieces are rare on albums, showing the potency of a live performance, especially at a time when musicians were unafraid of stretching out and experimenting with basic forms. (Live at Fillmore West has a second long tune (10:35) “One More Mile to Go” featuring Taj Mahal singing).

By contrast, “Gypsy Good Time” is a marvelous groove of simpatico feeling between the singer and the guitarist, whose comping struts and sails until his solo, which carves up the changes with nifty zeal. This approximates the short-lived Electric Flag with R&B style horns backing up the band. Gravenites may not be everyone’s idea of a great singer, but his well-honed baritone can probe a variety of expressive effects. For example, on “Moon Tune,” he leans back for falsetto howling at the moon, while Bloomfield messes with his own style, getting his “sweet blues” tone plenty dirty, almost Hendrixian, as the annotator asserts.

As a writer, another reason I relish this album is the delightfully defiant cover drawing, a la the great Robert Crumb, which depicts Gravenites the writer raising a greatly magnified fist in the air above his writing papers, a rare explicit celebration of the songwriter’s craft on a music album. 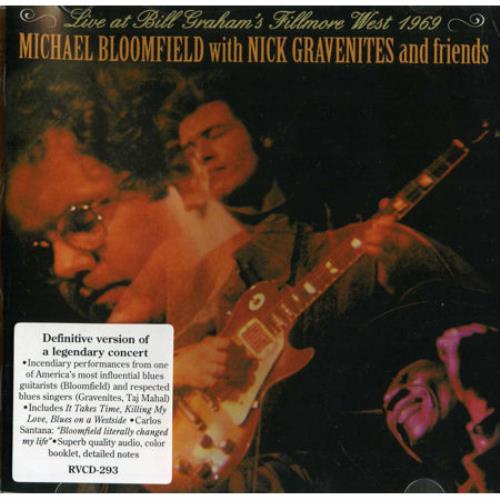 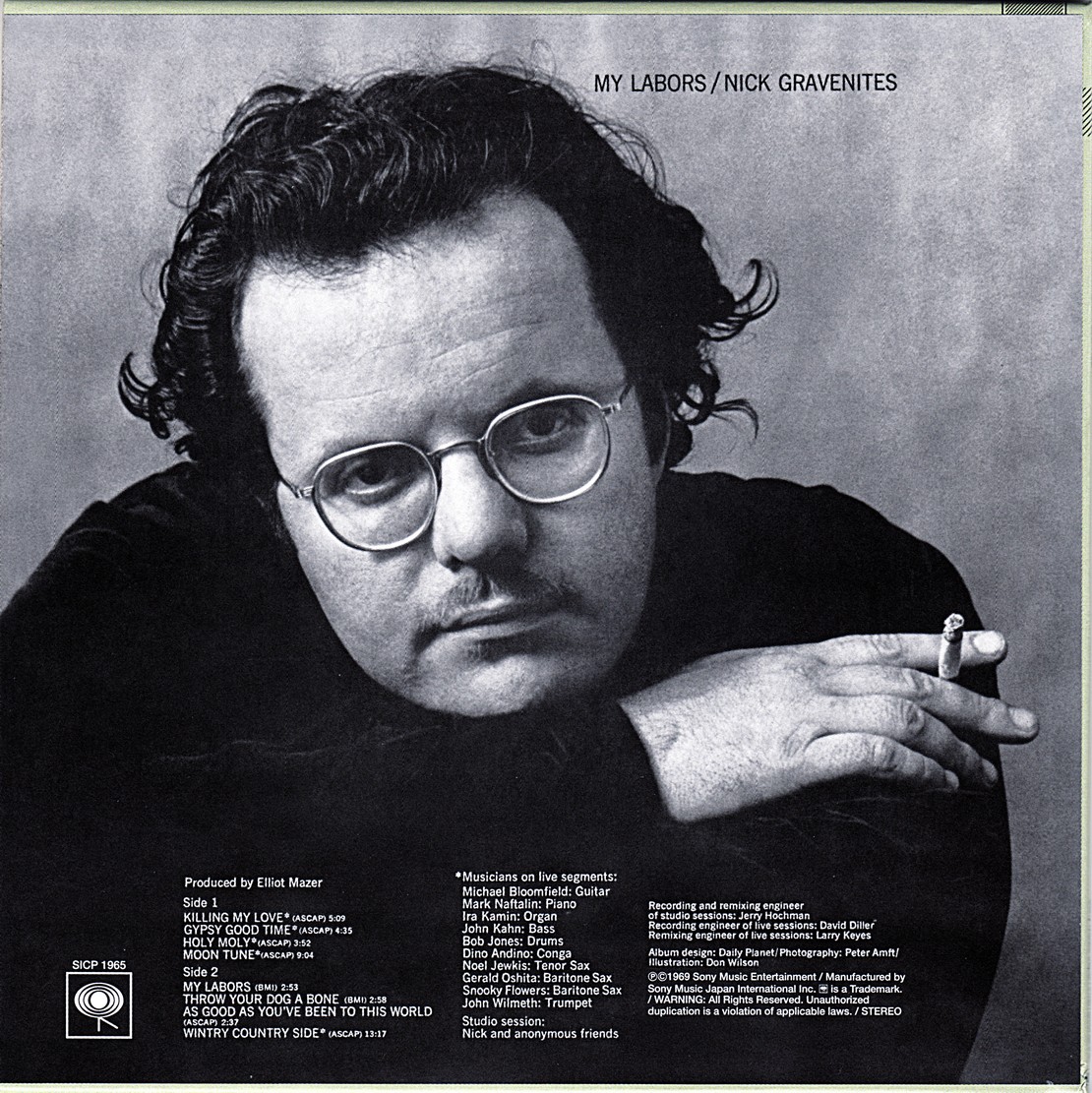