Culture Currents Holiday Greetings for 2022! First, a miscellany of memories of 2021, photo-essay style, of this blog’s year, and of friends, especially some dearly departed ones (Don’t worry, there’s a musical New Year’s pay-off below). 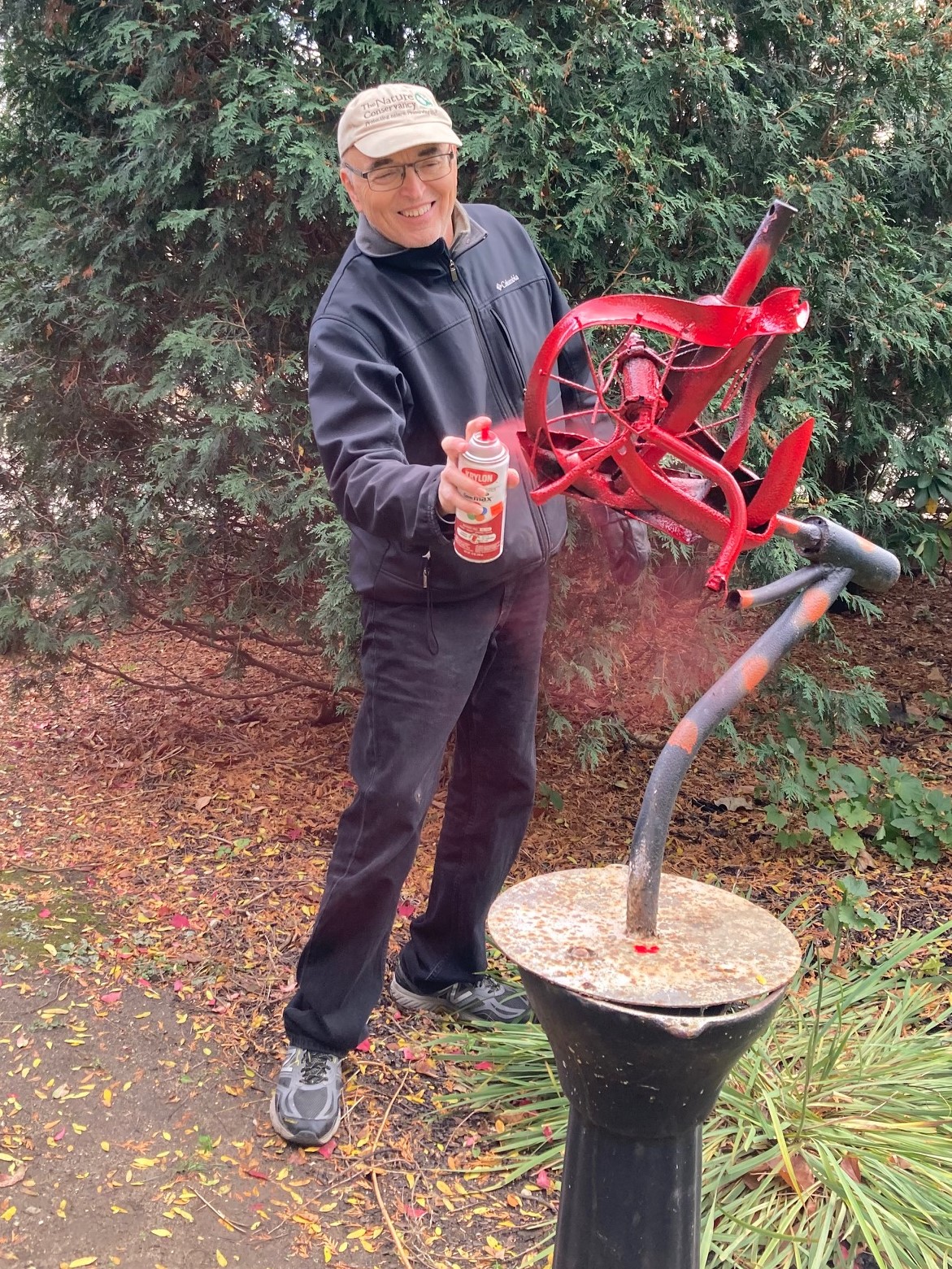 Your blogger refurbishes an old sculpture of his titled, “Tricycle Nightmare.” Photo by John Klett 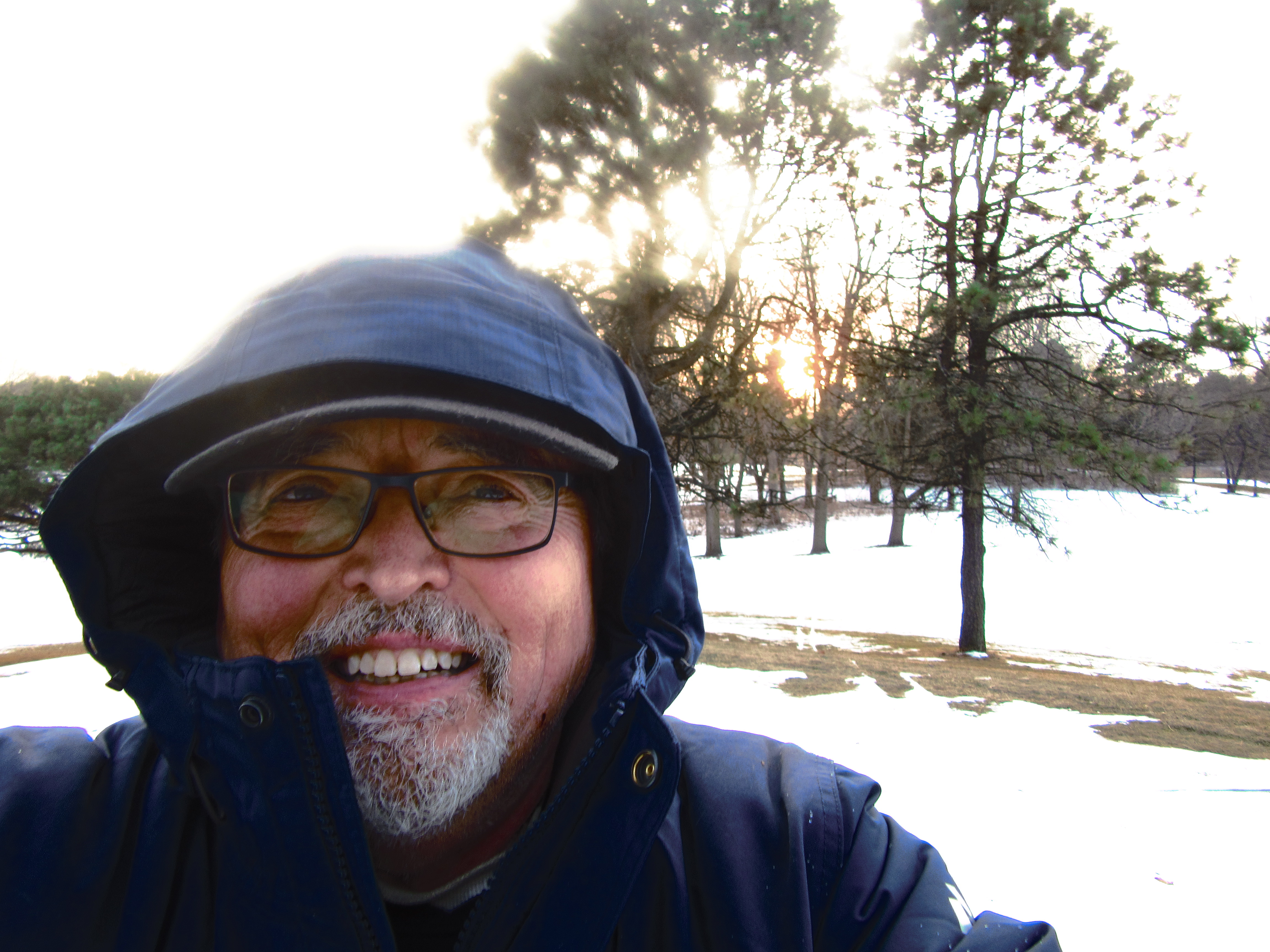 CC’s Kevernacular out for some CC-style skiing, shot from Lincoln Park’s highest point, the windswept tee box of Hole No. 6. 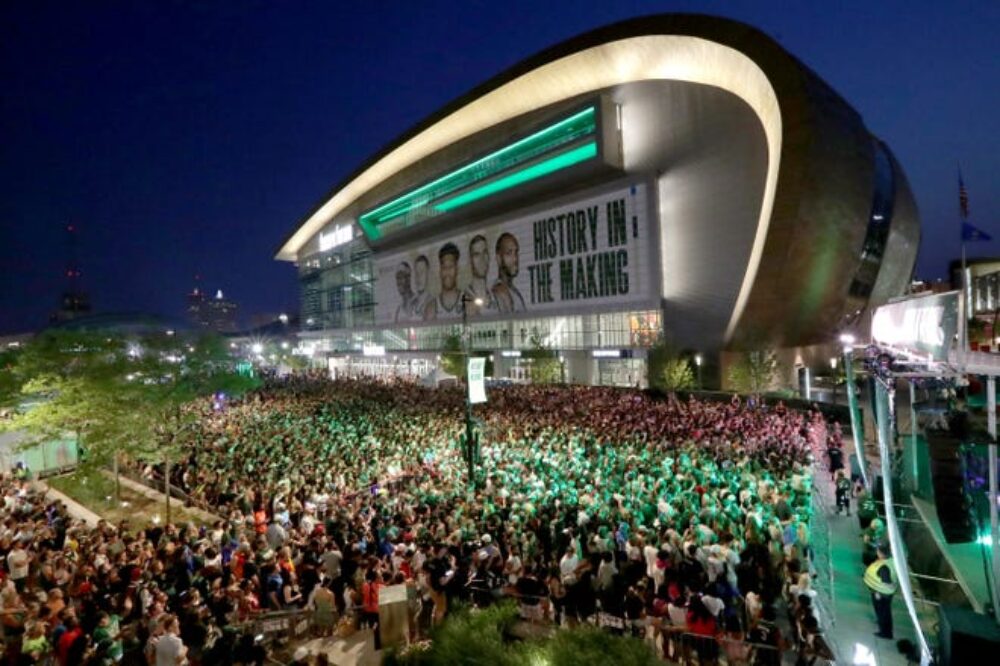 Who can forget The Milwaukee Bucks making history by defeating the Miami Heat, the New Jersey Nets and the Phoenix Suns, to win their first NBA championship…in half a century? The crazed crowds at Fiserv’s Forum’s Deer District (above) played their part in the fever that stoked the team.

Don’t forget, in 2020 the Bucks also began a brief strike that led all of professional sports in bringing attention to police violence against unarmed black people and systemic racism in America. 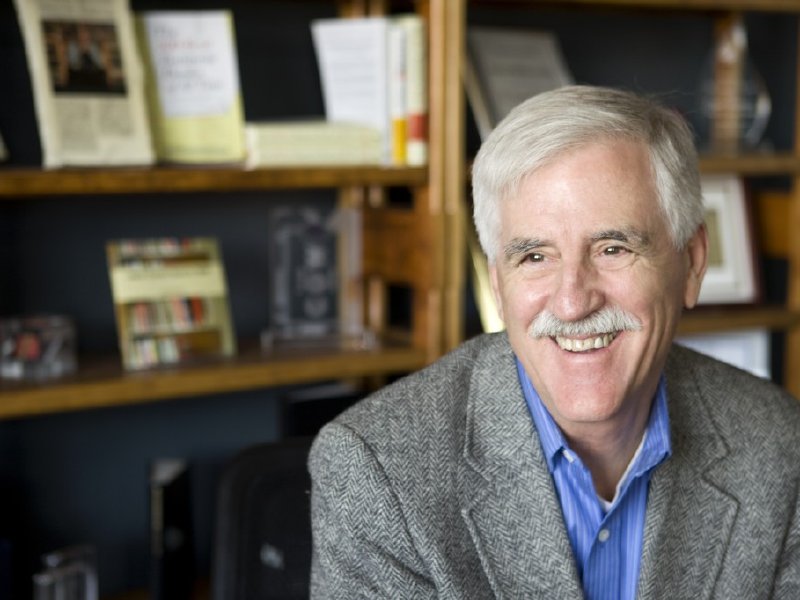 Successful businessman, publisher and business-success author Jack Covert, who passed in 2021, once had a slightly more unseemly identity, as owner of Dirty Jack’s Record Rack, a small mecca for Milwaukee music fans in the 1960s and ’70s. 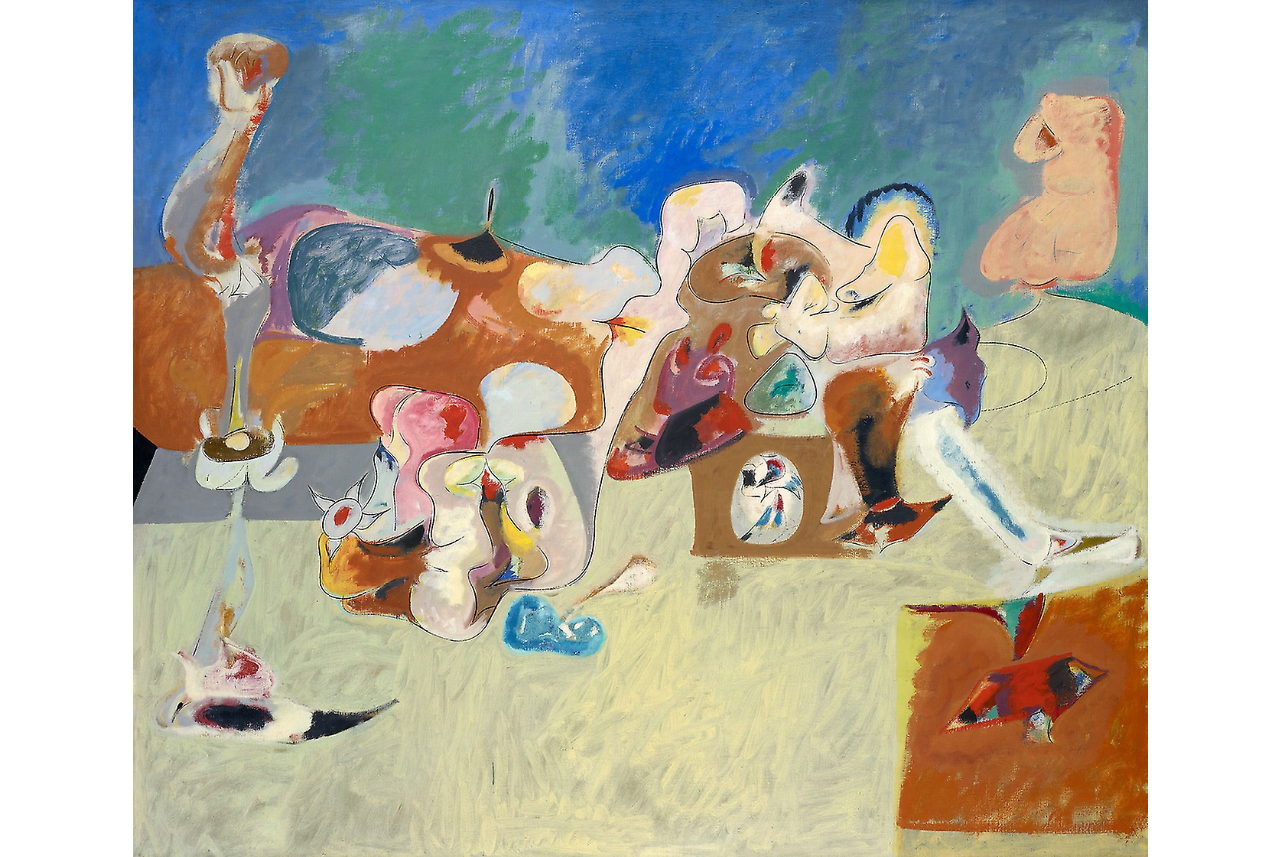 An NPR “American Masters” poll this fall posed the question “What work of art changed your life?” I could not answer with a simple response. One such transforming event was the exhibit of the late Arshile Gorky’s brilliant blend of surrealism and abstract expressionism, at the Guggenheim Museum, in the early 1980s. Above is Gorky’s “The Plow and the Song” from 1946. 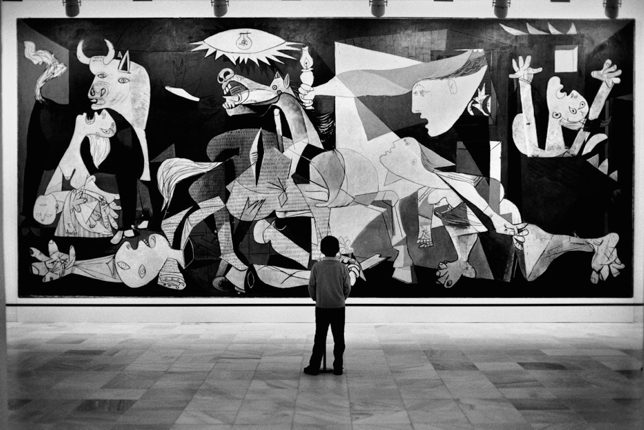 Another life-changing work for me was seeing Picasso’s “Guernica,” though I never saw the whole painting, an odd circumstance described in my NRP poll post, regarding the epic anti-Fascist work(s). 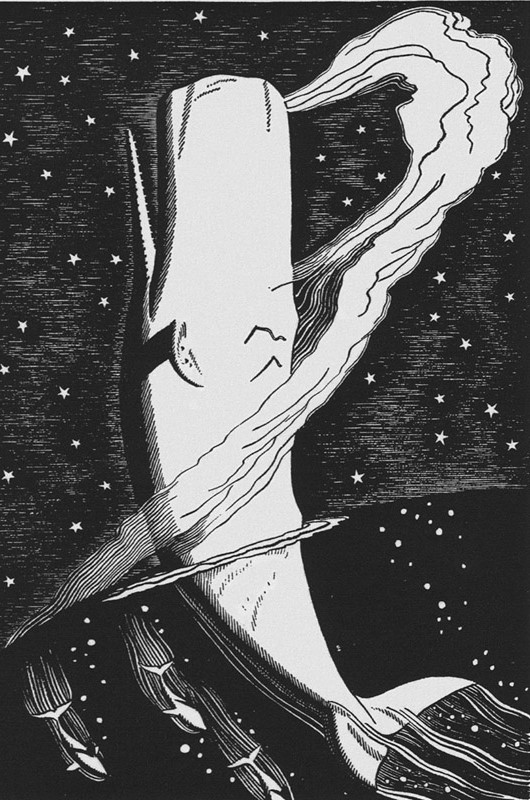 The ultimate life-changing work for me — my first encounter with Melville’s “Moby-Dick” obtaining a copy of the 1930 edition, sumptuously illustrated with woodcuts by Rockwell Kent, including this magnificent rendition of the great white whale. 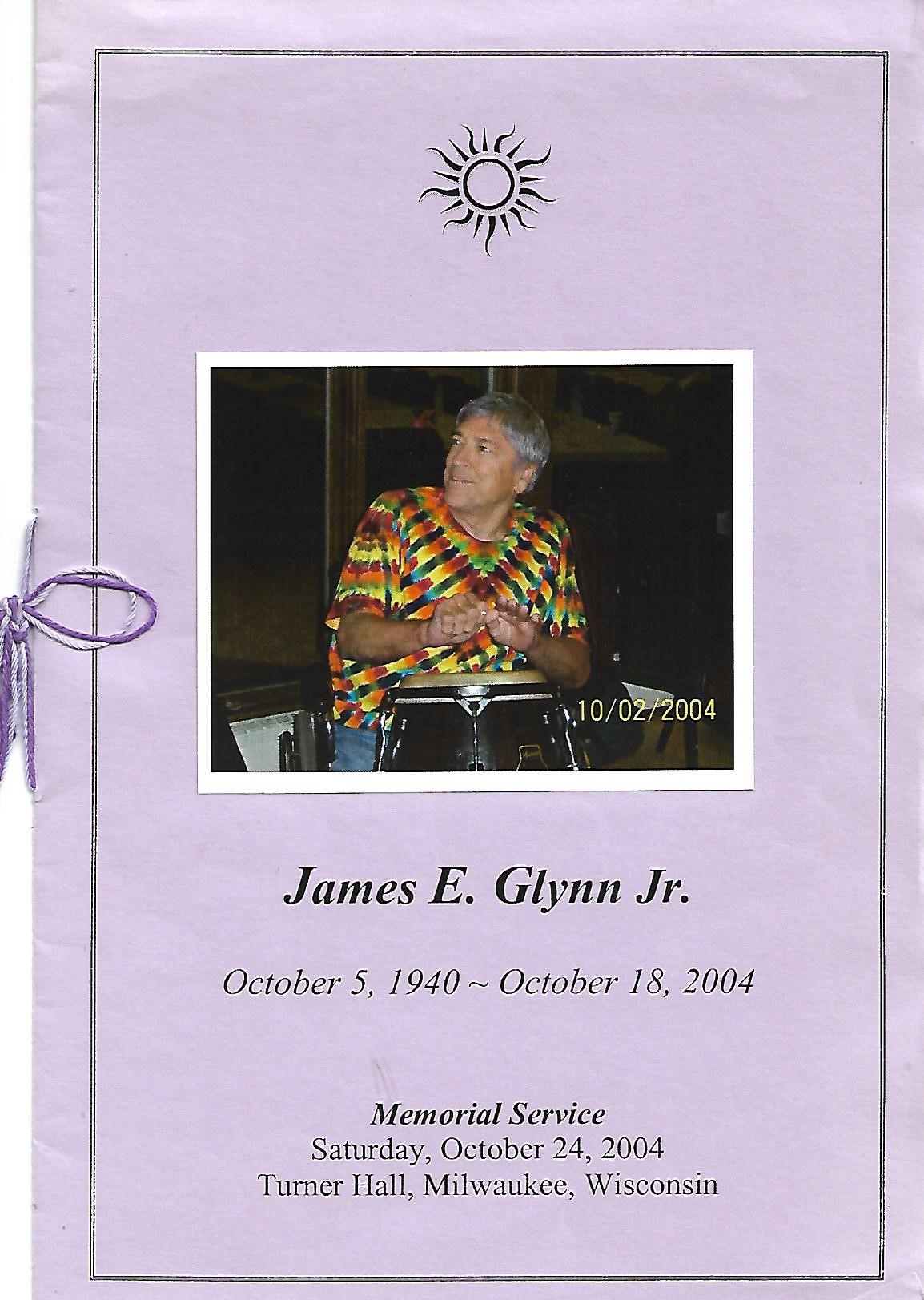 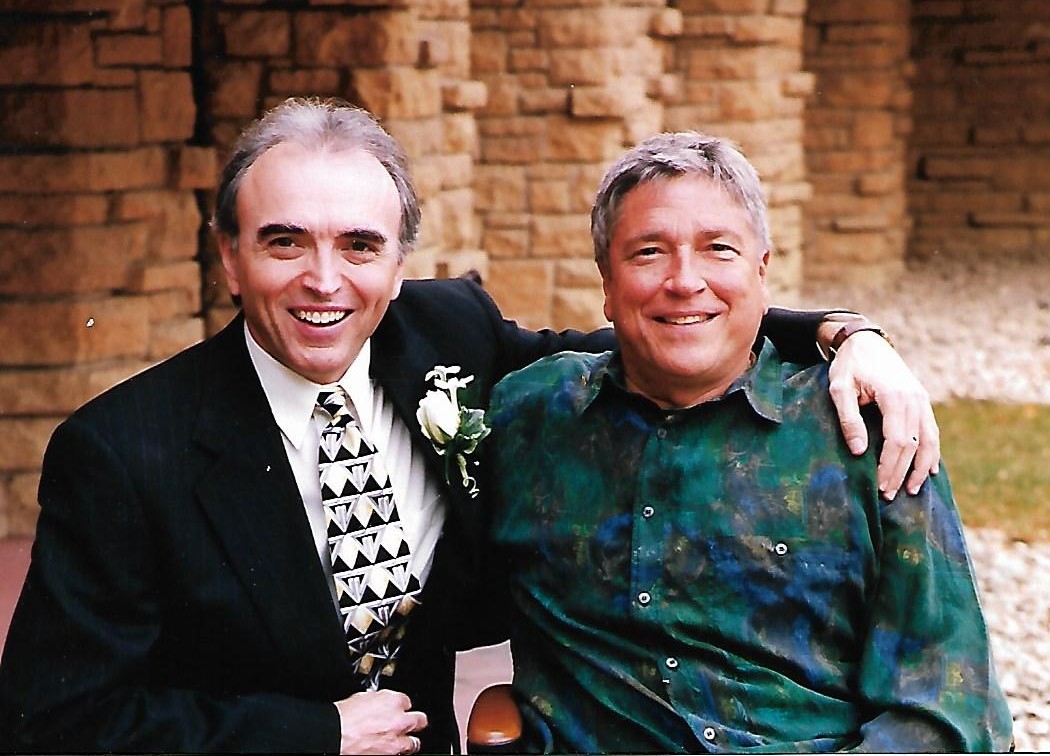 I also honored a great friend, musician, and culture vulture, Jim Glynn (at right) on the anniversary of his death. Jim also served as the best man at my wedding in 1997 (above). 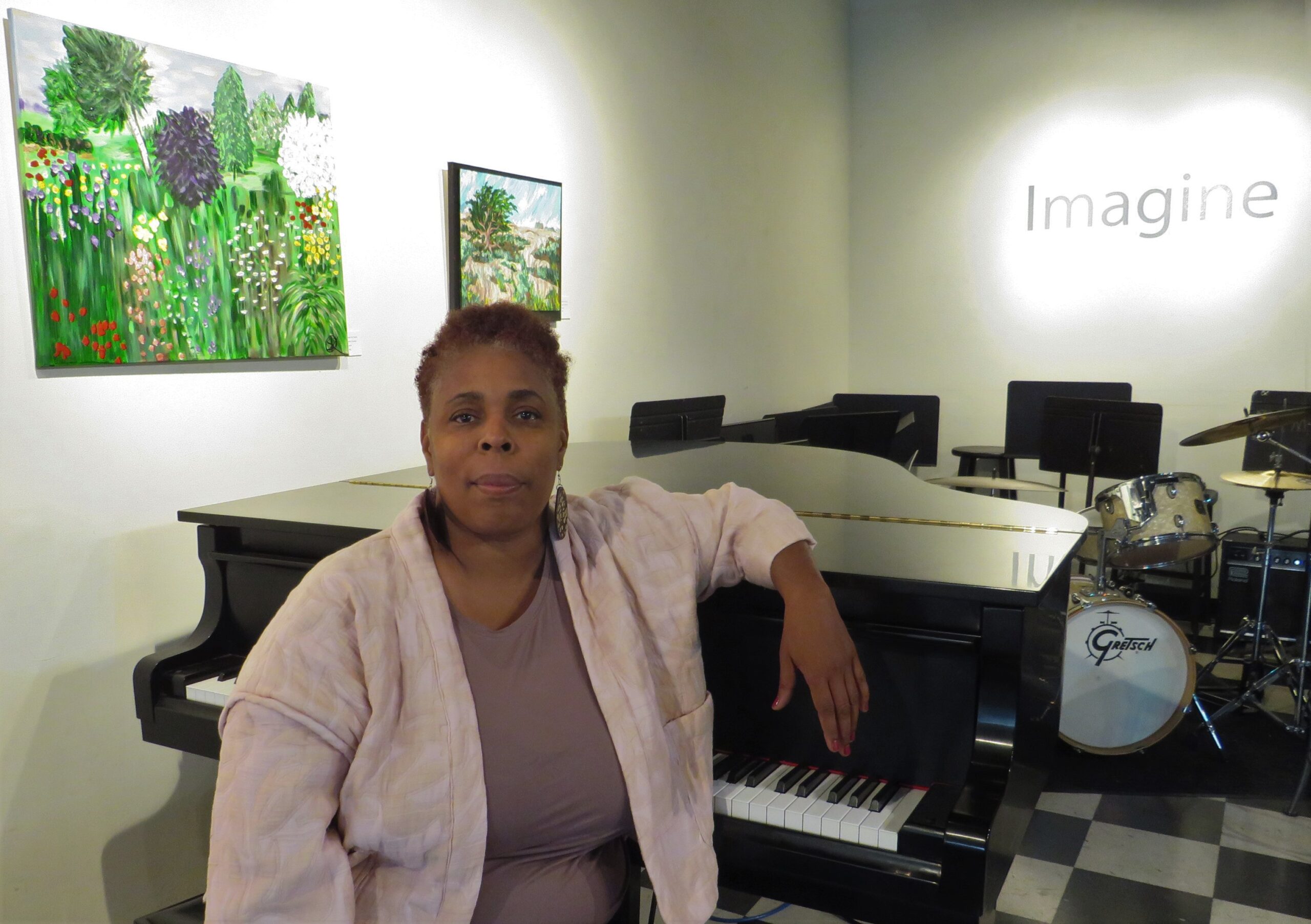 Some of my happiest reporting of the year was interviewing Kai Simone (above), the first-ever executive director of Milwaukee’s Jazz Gallery Center for the Arts. She signifies a fresh new direction, while extending the tradition of the venue’s namesake, The Milwaukee Jazz Gallery, whose heyday in the 1980s contributed greatly to the city’s community and culture.

Speaking of the Jazz Gallery Center for the Arts, my favorite single piece of art this year was in an exibit there. Jessica Schubkegel’s evocative and eloquent sculpture “Chrysallis” (above). made of medical textbook paper and wire, graced a group exhibit, ReBegin: New Works for New Beginnings, in response to the COVID epidemic. 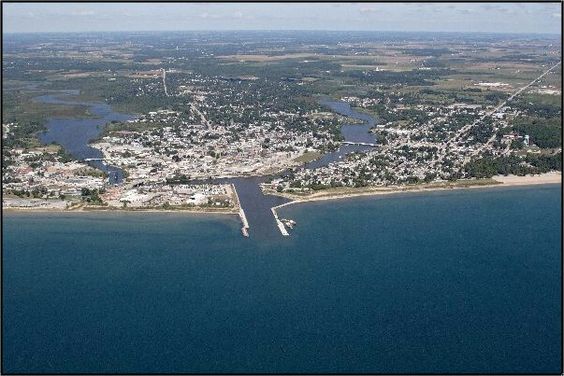 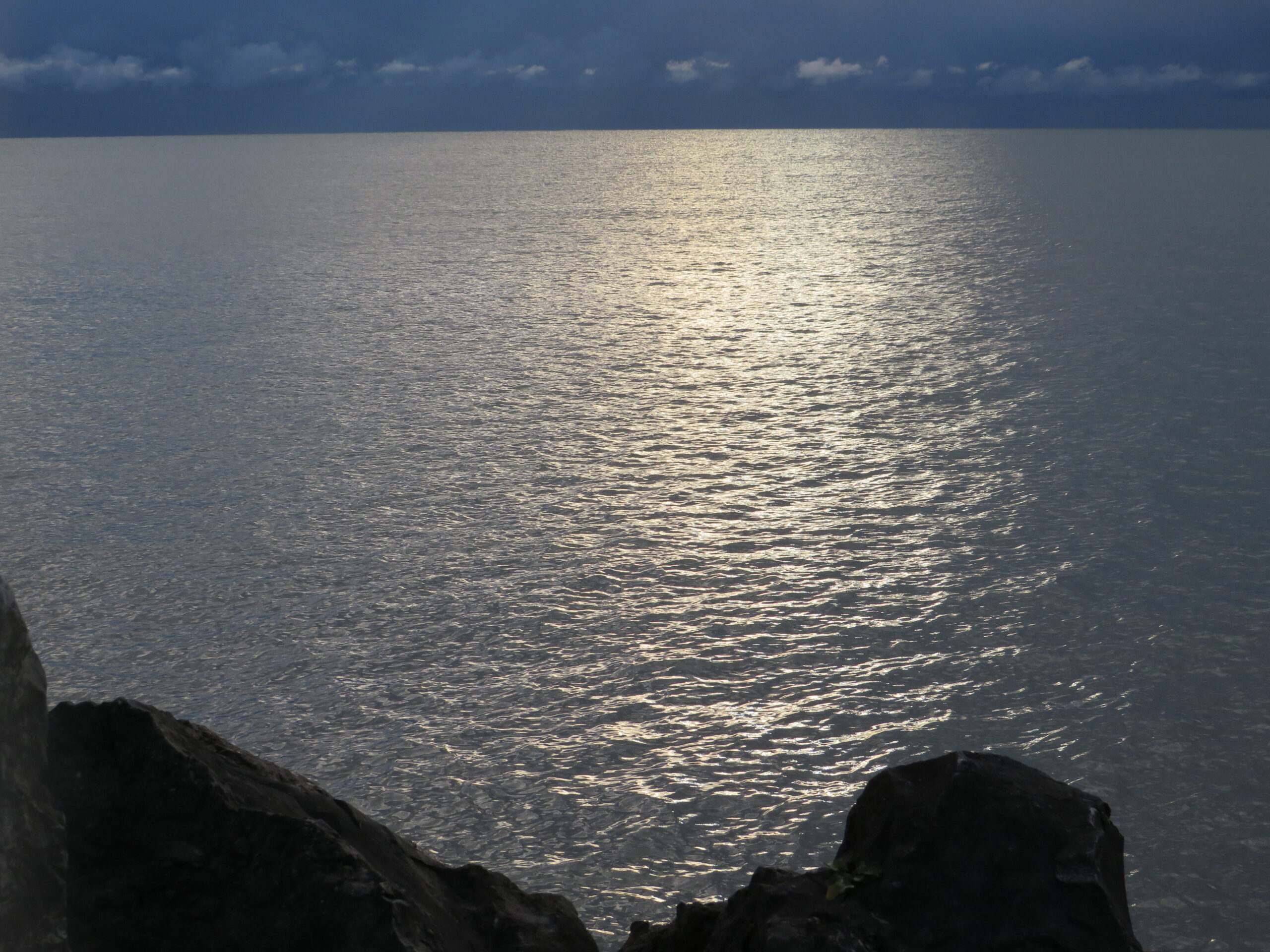 Perhaps my most personally meaningful trip was a visit to Two Rivers, Wisconsin (above), on the shore of Lake Michigan, which included a fine nature-preserve walk and visiting the field where my father, Norm Lynch (with the ball, below) quarterbacked a great high school football team (three straight seasons undefeated) in the 1940s . 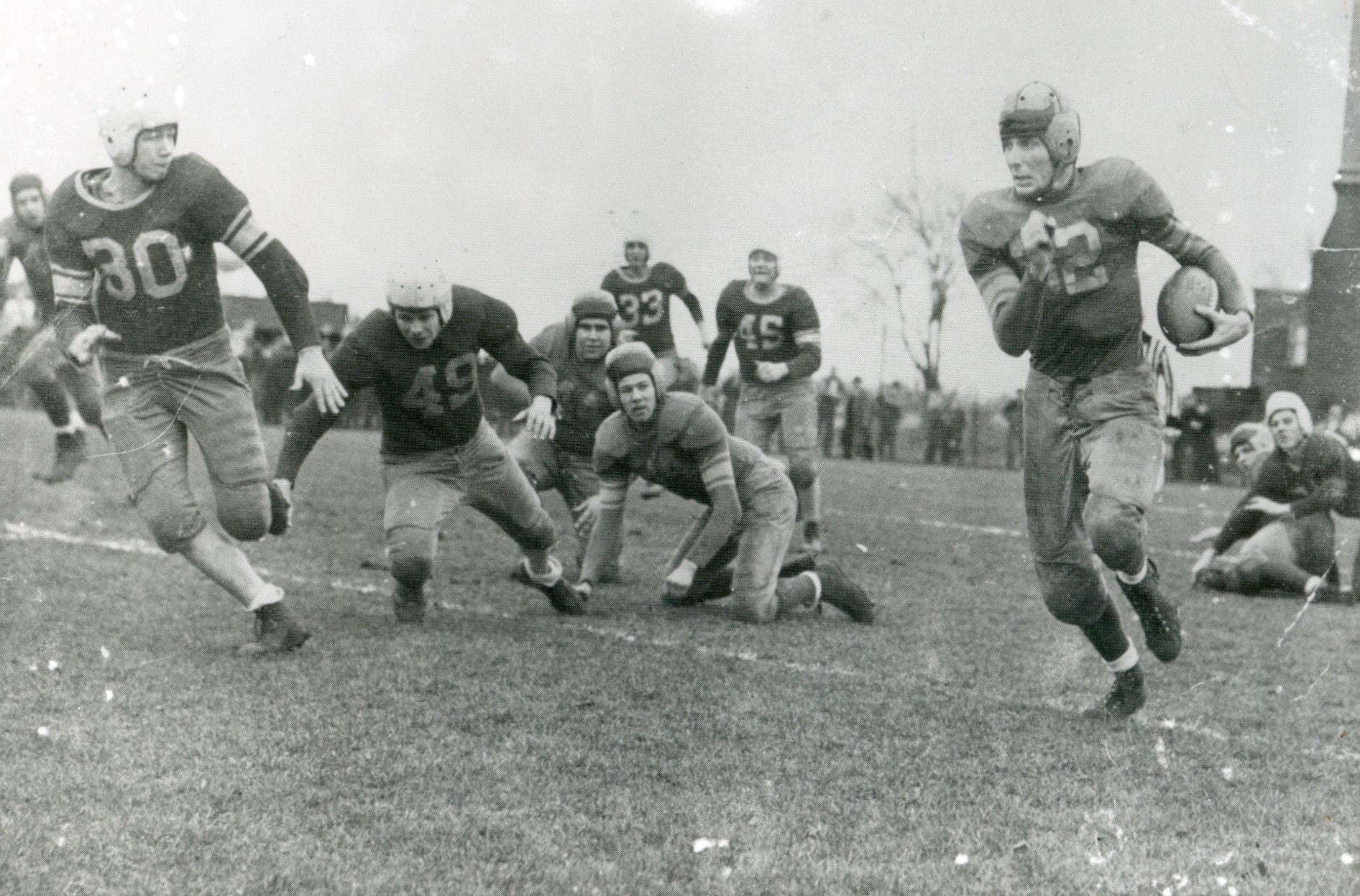 That Washington High football field in Two Rivers remains (below), but is now the domain of geese, who keep it well-fertilized with au natural “yard-markers.” 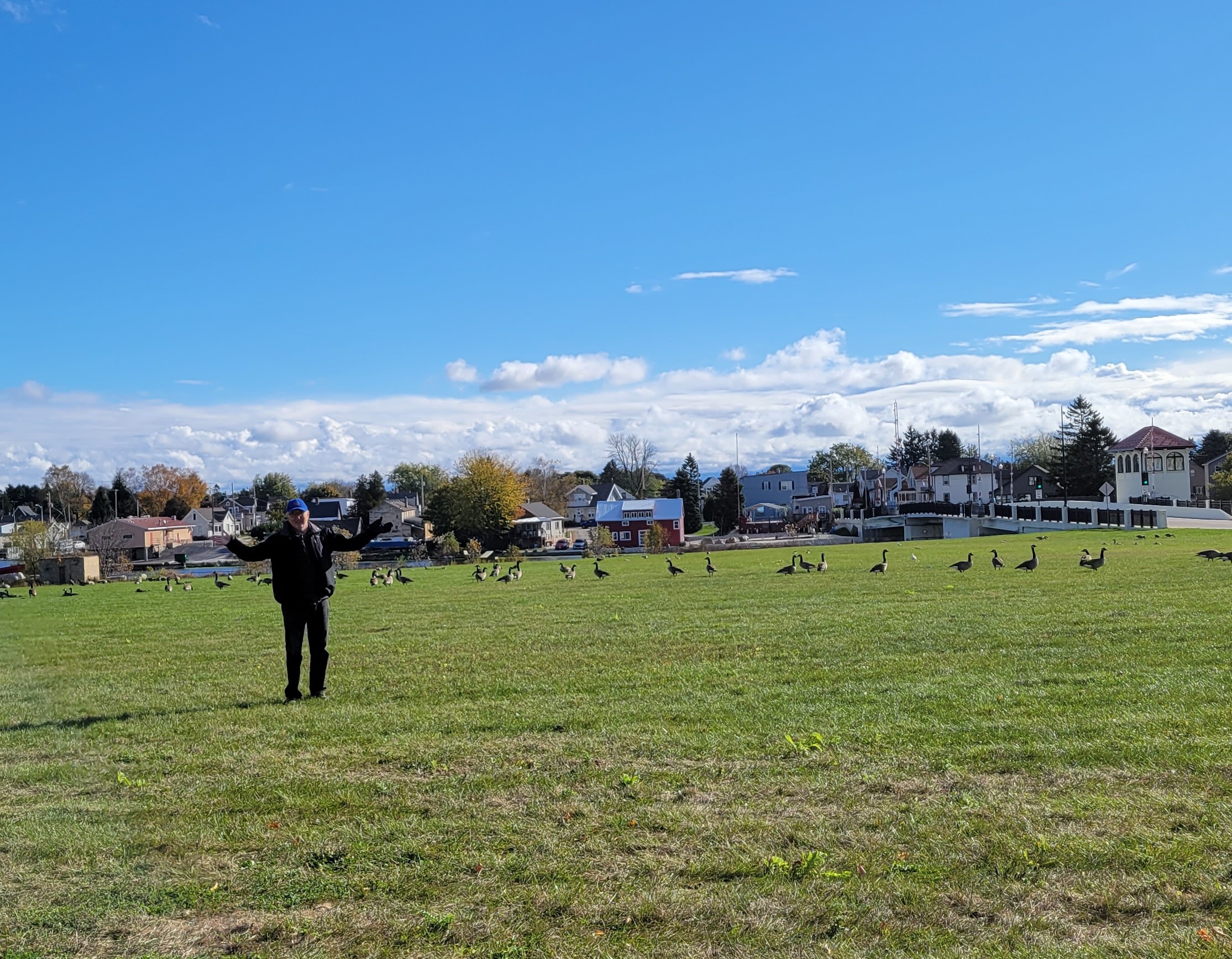 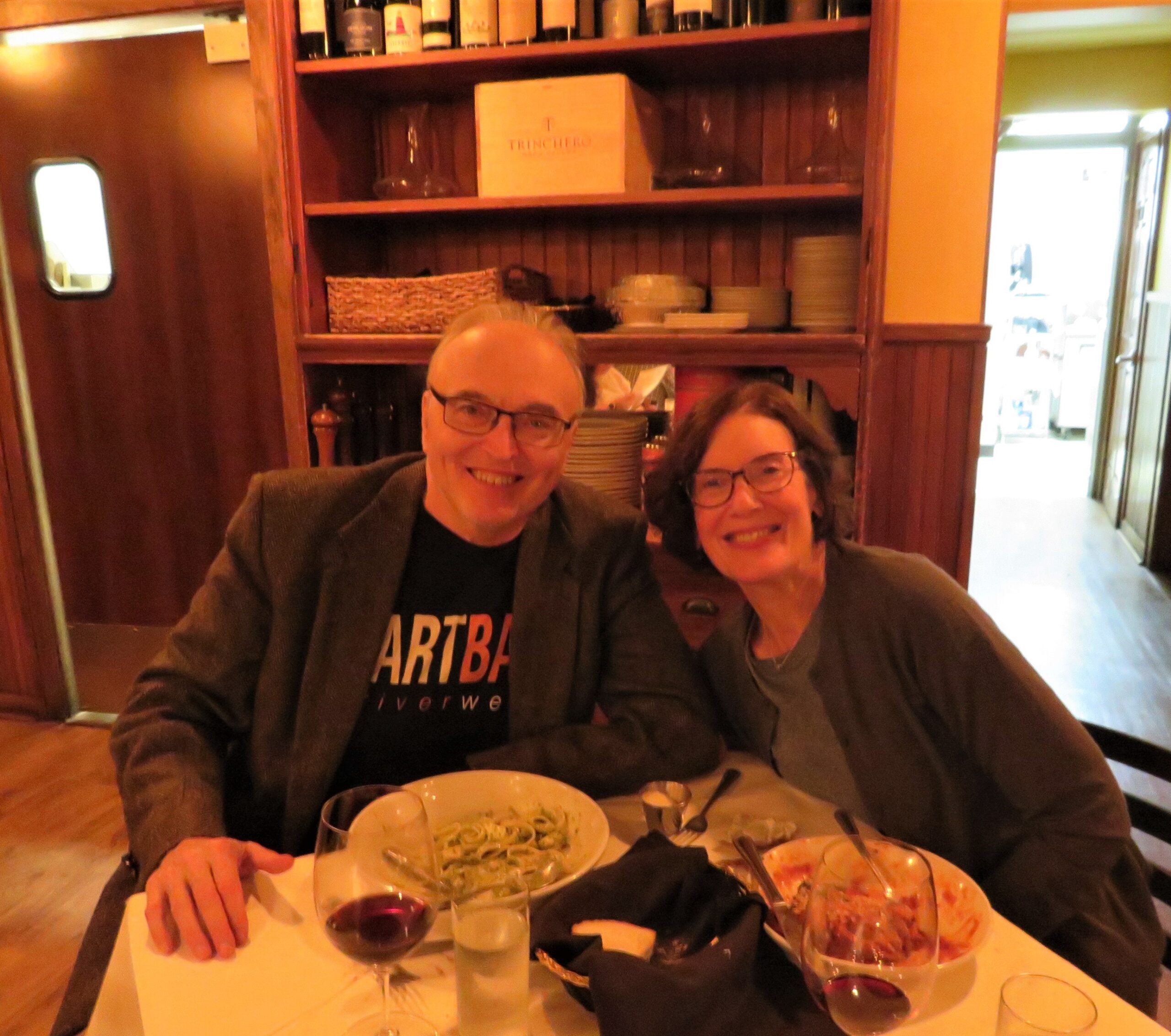 As COVID threats eased, for a while, Kevin and Ann finally dined out, at Tenuta’s Restaurant, in Bay View, a glorious meal gifted by Ann’s colleagues. 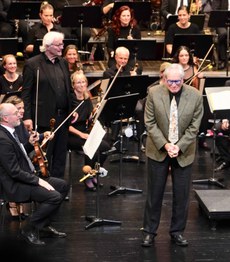 Another fine 2021 memory was of my old friend, composer/jazz pianist Frank Stemper (above), here receiving applause in Austria, where his new work, Symphony No. 4 “Protest,” was premiered. While in Europe, Frank and his spouse Nancy visited Omaha Beach, site of the D-Day landing of allied troops who turned the tide of WWII (below). 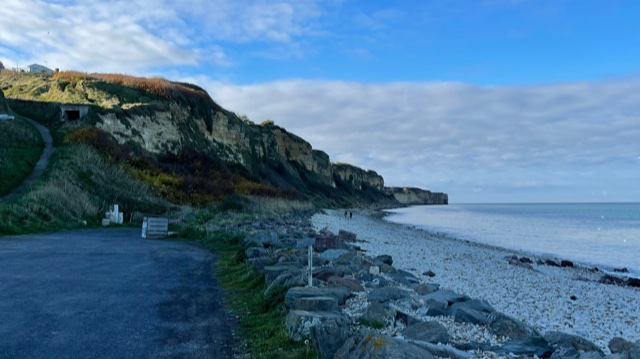 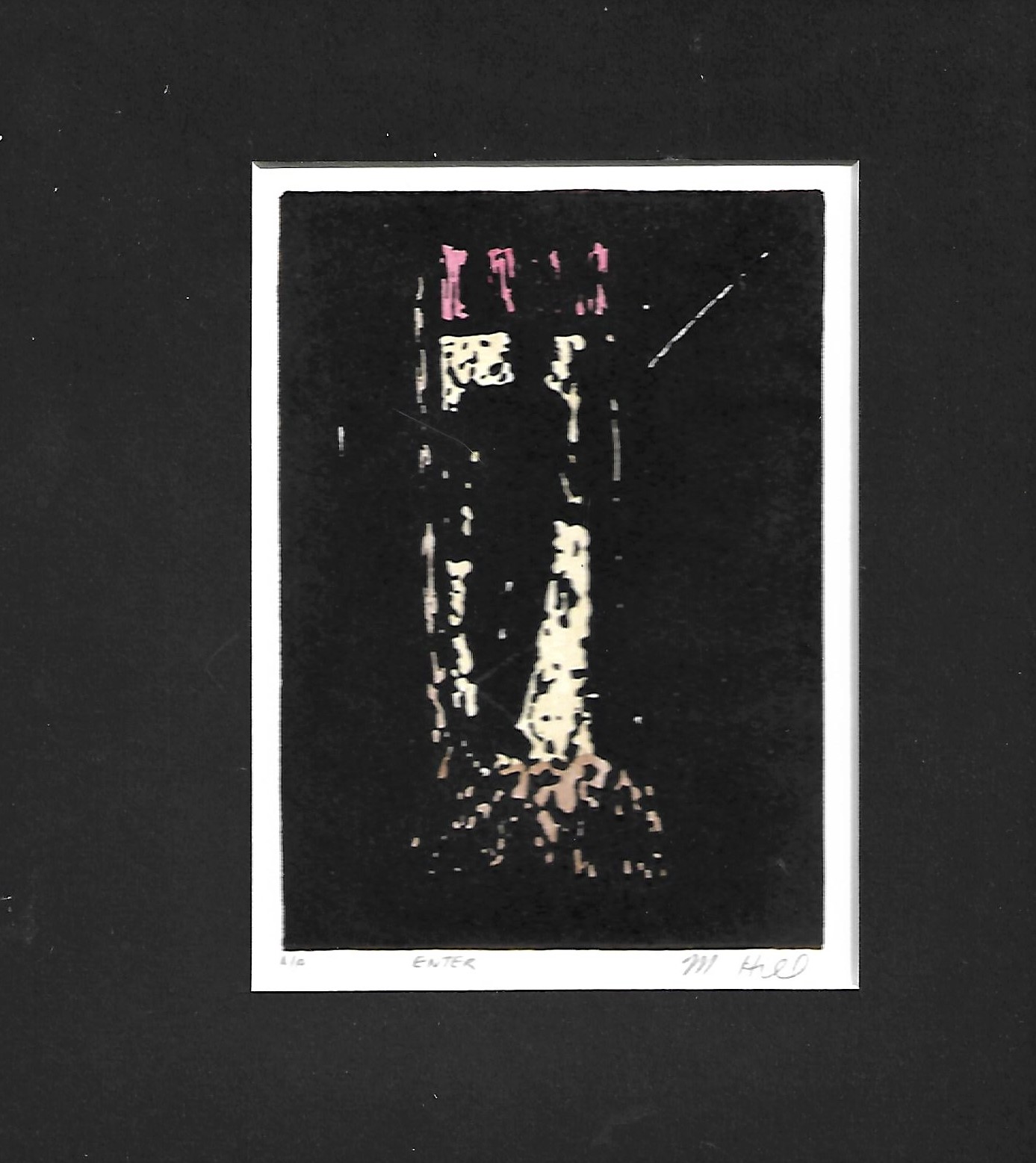 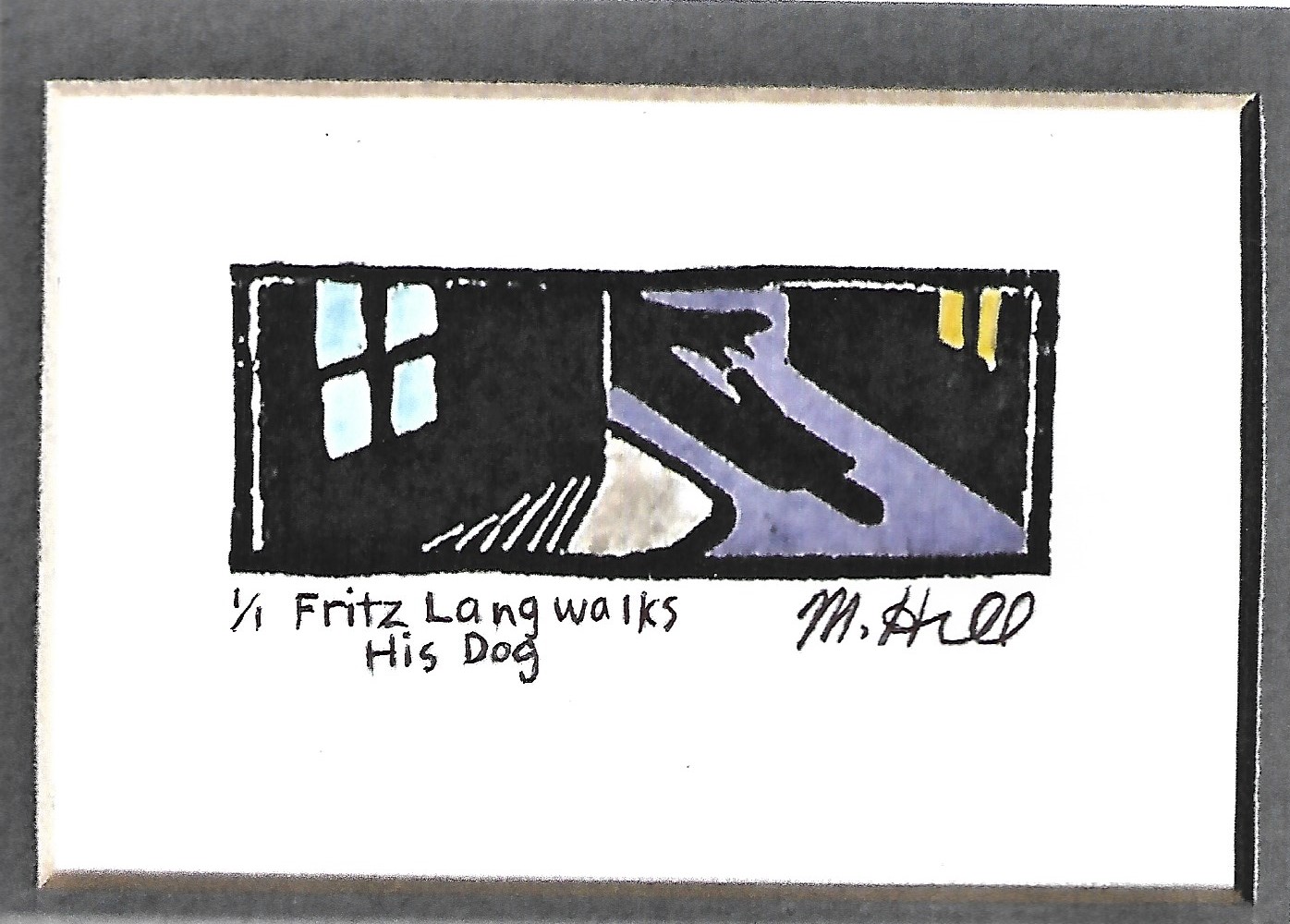 Two linoleum-cut prints (above) by the late artist Marvin Hill, whom I memorialized in 2021 on the anniversary of his passing in 2003.

OK, so much for that little montage of 2021 moments for Kevernacular.

Your reasonably dedicated and unreasonably beleaguered blogger wants to pause at this late point in the day (into evening) to wish all of my Culture Currents readers from 2021, and times fore and aft, a very happy new year (!). If some of the year’s blogs “spoke to you” in any way, it goes to bolster my notion that, indeed, Vernaculars Speak!

I am deeply grateful for your interest in this sometimes waywardly-searching blog. Today I’ve been struggling to meet a deadline for The 14th annual International Critics Poll for El Intruso, a Spanish publication for people interested in creative and experimental music. That’s involved plenty of H-Hour auditioning of review CDs that I purchase or receive.

Believe me, it’s been very pleasurable labor, discovering, savoring — and having my mind slightly bent at times by — the new music that comes my way, as a veterans music and arts journalist.

Throat-clearing aside (no, I don’t have COVID!) I can think of no better way of musically wishing you all a happy new year by sharing two brief but delicious videos by one of my favorite Milwaukee musicians of 2021. I’m talking about vibraphonist and marimba player Mike Neumeyer.

He is one of the most irrepressibly vibrant (please pardon the pun, which simply popped out in my comparative state of mental fatigue) musicians I’ve ever had the pleasure of meeting (at a free-jazz workshop he led at the Jazz Gallery Center for the Arts, in 2020, shortly before the pandemic struck), and of sharing time with, although ever since it’s been all virtual.

At least we humbly enjoyed ourselves on New Year’s Eve with a bottle of sparkling Proscutto rose, and some scrumptious curry and Nam Khao (deep-fried rice ball, cured pork sausages, peanuts, scallions, cilantro, shredded coconut) from Riverwest’s Sticky Rice Thai Carry Out, on Locust and Weil Streets. Yep, the foodie details are making me hungry too, so I better get to the felicitous point here. 1

I have extolled the talents and spirit of Mike Neumeyer several times this year in this blog (which are obtainable in a simple search with his name at  the top of the Culture Currents page, I don’t think you’ll be disappointed).

So I don’t have much energy for further glowing, or even moderately striking, praise for vibist Neumeyer, although I will point out that his positive energy is a great antidote to the stresses and strains of another year of enduring COVID, and much of the madness and travesty that passes for politics in America today. Mike is not above clowning it up a bit but, Lord knows, we need every scrap of comic relief we can get these days.

So, skipping further ado, I will simply direct you to his two versions of “Auld Lang Syne,” One version is short and sweet. The other, also brief, allows for a few grace notes of reflection and perhaps even resolution, for the listener.

Thanks again Mike, for a great year of music and memories  And keep up the (ahem)

And now, to extend the holiday celebrate a tad more, sample a slightly slower draft of the grand old song, with a little aftertaste of the old year, now bygone forever, save memories:

Surprise! As an extra treat, especially for all you boys and girls who’ve been not too naughty this year, let’s rewind to the spirit of December 25th, and Mike’s rendering of one of the most timeless holiday songs ever born.

1 We also watched a wonderful film on video on New Year’s Eve. It’s the multi-Academy award-nominated The Father, starring Anthony Hopkins and Olivia Colman, and written and directed by Florian Zeller. If you haven’t seen it, The Father is uncannily disarming and disorienting in evoking, for the viewer, the point of view of a family patriarch – played with dazzling power and poignance by Hopkins – whose mental powers and pride are rapidly dissembling amid Alzheimer’s.

In watching it, you might begin to doubt either the movie or yourself, but by the end, in reflection, it all makes brilliant sense, in the saddest and most moving of ways. The full-movie video follows immediately with insightful comments from the principals.