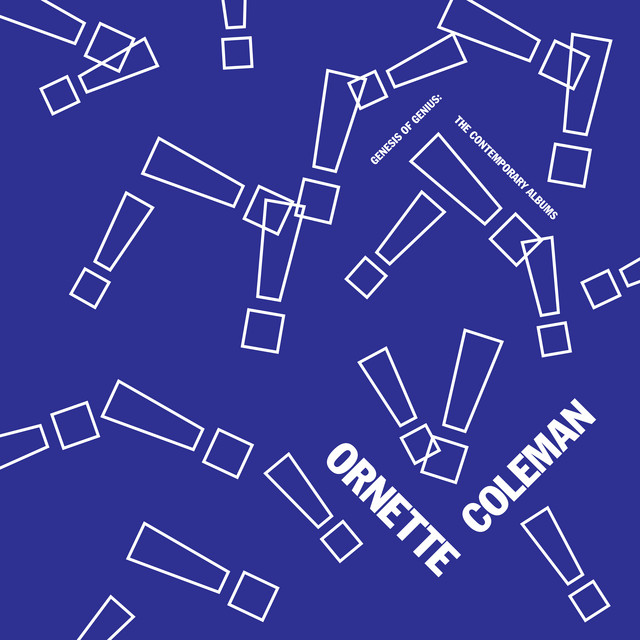 Prepare to be haunted by a voice. Now, step inside the realm of Ornette Coleman. Few instrumental voices betray their player’s innards as deeply. The person inside that sound, strange to some, became fast friends with me when I first heard it. It’s a voice I’ve always felt close to, every time I hear it again. It tickles a brotherly bone in me, though we’ve never met personally.

That’s one of the rare qualities his saxophone playing evinces. And his mind and soul are on synchronistic display on his first two albums, finally re-issued as a box set on the Contemporary label. You readily hear and feel it all: a huge heart, a natural wit and strong empathy with his fellow players, his rhythm section as true fellows.

Trumpeter Don Cherry, at this juncture, almost as distinctive a voice, unlike any trumpeter you’ve heard. His trumpet tone splatters and smears at times. He sounds like a man talking and singing at once. Part of the singularity of both players was their unusual axes. Ornette’s white plastic alto sax and Don Cherry’s pocket trumpet (see photo below). 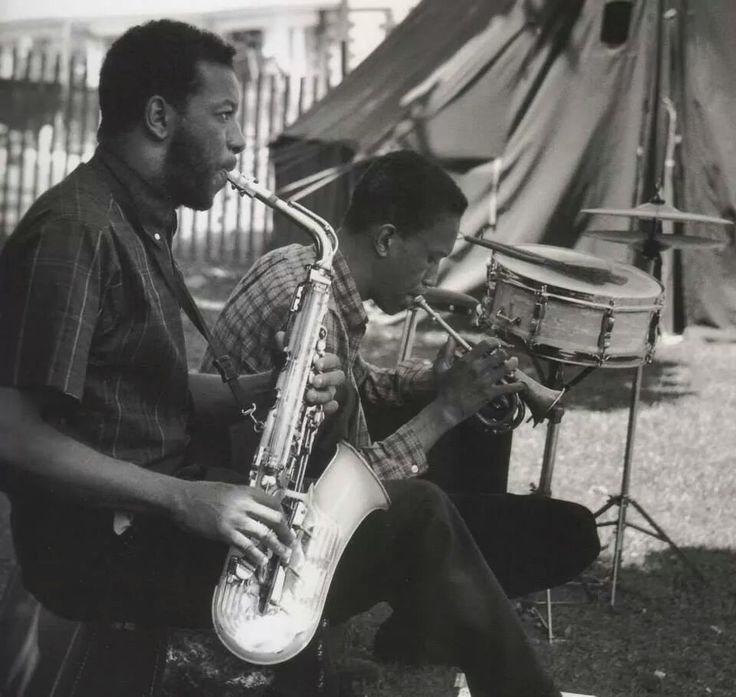 Ornette’s sound is conversational and declamatory, but was also controversial at the time, the ultra-avant-garde. Some conventional players thought he didn’t know how to. Yet, he swings marvelously, as do his bandmembers which belies why this sounded so alien to so many people back in the late 50s (or was it mainly certain critics?). Plus, bluesiness also permeates this music. helping immerse it in a grand jazz tradition even as he’s like nobody you’ve ever heard. 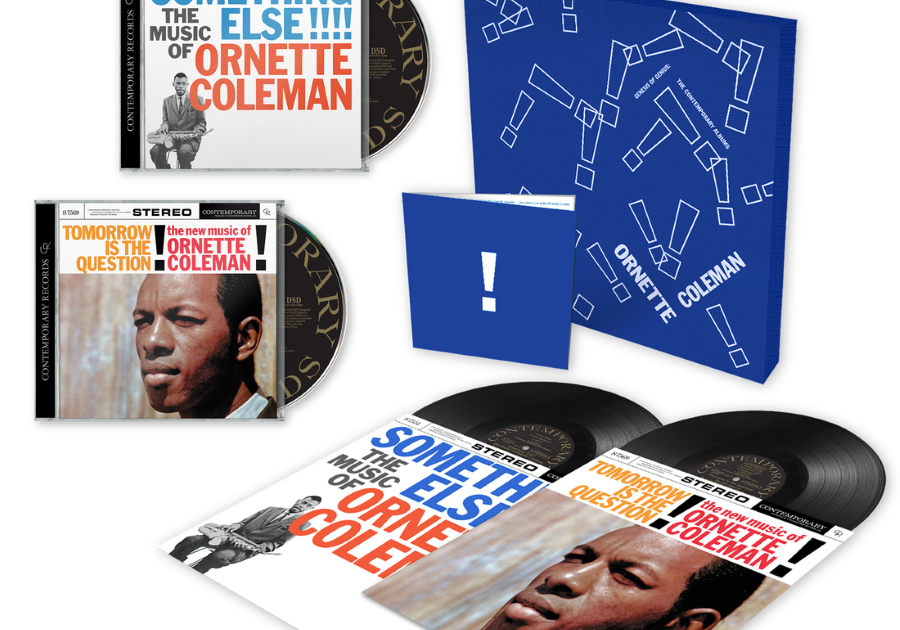 The music is artistically direct, but never simplistic. Coleman said “Let’s play the melody not the background,” suggesting his one big step beyond conventional chord changes (after the first album here, he jettisoned piano in his groups, though much later added electric guitar). However, pianist Walter Norris on the first album comps with suitable harmonic ambiguity and solos with boppish elan.

Drummer Shelly Manne, who plays on the first album, once said Ornette’s saxophone “is the sound of someone laughing and crying.” Ornette’s voice is also one of the most amiable I’ve heard on a horn in a long while and here the voice and style are fully formed on his first two albums.

The tune “Compassion” is reflective as much as an outpouring of feeling with a sense of wry irony within the sound of suffering. So he creates his own substantial “background” straight from his melodic soul.

This reissue is especially a find, a revelation, because these two were over-shadowed by his ensuing series of superb albums for Atlantic Records, now collected in a 6-CD box titled Beauty is a Rare Thing: The Complete Atlantic Recordings. That collection reveals Ornette’s full flowering as a composer, with a number of now-classic tunes, including “Ramblin’,” “Lonely Woman,” “Una Muy Bonita,” “Peace,” and the epic 37-minute “Free Jazz,” with a “double quartet” that included Eric Dolphy and Freddie Hubbard.

If you love that stuff, or still tread through it with uncertainty or curiosity, you ought to hear where it comes from. That’s Genesis of Genius, this Contemporary set. The compositions are well-crafted but not as maturely as the Atlantics. And one technical complaint: Don Cherry’s trumpet is sometimes too low in the mix so it’s then difficult to hear his full phrasing on his solos. But his quite audible extended solo on “Angel Voice” is a buoyantly lesson in amiable, accomplished boppish storytelling.

“Lorraine,” on the second Contemporary album Tomorrow is the Question!, is a languid, yearning yet witty ballad that ought to be a classic. Akin to the soon-famous Atlantic ballad “Lonely Woman,” it’s titled for the late pianist Lorraine Geller, “because she was a wonderful piano player,” Ornette explains in the liber notes. Don Cherry notes correctly that drummer Shelly Manne’s all-brushes solo is “as musical as drum solo can be.”

As for “When Will the Blues Leave?” Answer: When the song is over. This catchy creation sounds like players blowing the blues away, with the resilience of their spirit and the wit of their musicality.

“Turnaround” has a sort of bluesy insouciance that makes you smile inside and out — you want to tuck it into your hip pocket as a tune, like a goodly handful in this compact box set, to scat-sing to yourself. Cherry’s solo is more audible here and delightful in its sly goofiness, yet very smart.

This review was originally published in shorter form in The Shepherd Express, here: https://shepherdexpress.com/music/album-reviews/the-genesis-of-genius-the-contemporary-albums-by-ornette-col/