Since the 1980s, Riverwest has moved like the river it borders—a place of restless culture and commingling social currents. Literary, artsy Woodland Pattern, opened in 1980, remains Riverwest’s signature cultural center, along with Linneman’s Riverwest Inn, a music venue open since 1993, which has especially helped spawn the careers of local singer-songwriters, including Christopher Porterfield and The Record Company’s Chris Vos.

Center Street now has about six music and arts venues, including Company Brewing and The Jazz Gallery Center for the Arts, which re-imagines the celebrated 1980s Milwaukee Jazz Gallery. Neighbors recently bought the historic multi-purpose crossroads Polish Falcon Bowl, a hearty-spirited nexus of community activity for decades, including The Riverwest Follies. The Riverwest Investment Cooperative recently purchased the Polish Falcon Bowl (above) to keep it viable for the community. Courtesy Milwaukee Journal-Sentinel

I’ve lived here most of my adult life, with an interval in Madison. In a sense I never left—much of Madison is culturally and politically comparable to Riverwest. In 1973, the Eastside Housing Action Committee joined Madison activists to rent a Locust Street storefront for a Milwaukee chapter of the Wisconsin Alliance, a statewide socialist organization.

This alternative publication’s predecessor, The Bugle American, resided in Riverwest until 1979 and the Crazy Shepherd found its way to the neighborhood 40 years ago. Another primary socio-political entity, Outpost Natural Foods, remains “the real heart of the counterculture west of the river,” Riverwest historian Tom Tolan writes. Now a successful regional chain, Outpost’s membership-and-volunteerism system sparked its growth—once oriented to “revolution,” now towards community and personal health. 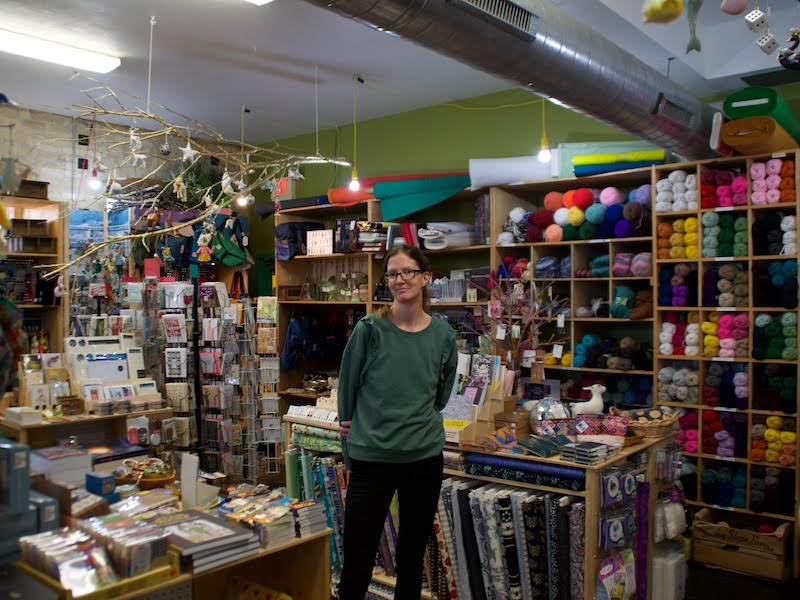 A mark of the neighborhood’s deep-grained culture is Moberg Piano Sales and Service on Keefe Avenue, plum full of real acoustic pianos of all kinds.

Another Riverwest distinction: It now boasts the first two designated “bicycle boulevards” in Milwaukee: at E. Wright Street and N. Fratney Street (where I live). These streets have speed bumps each block and car traffic is limited. New curb bump-outs limit sharp car turns at intersections, and make pedestrian crossings shorter. A traffic circle was added to the Wright and Fratney Street intersection. Traffic circles are intended to allow traffic to flow through intersections slowly and efficiently, without requiring a full stop on either side. Bikers rejoice and roll, of course. And I now see neighbors walking their dogs right down the middle of Fratney Street.

This article was originally published in shorter form in a special neighborhoods history section of the April issue of The Shepherd Express magazine.