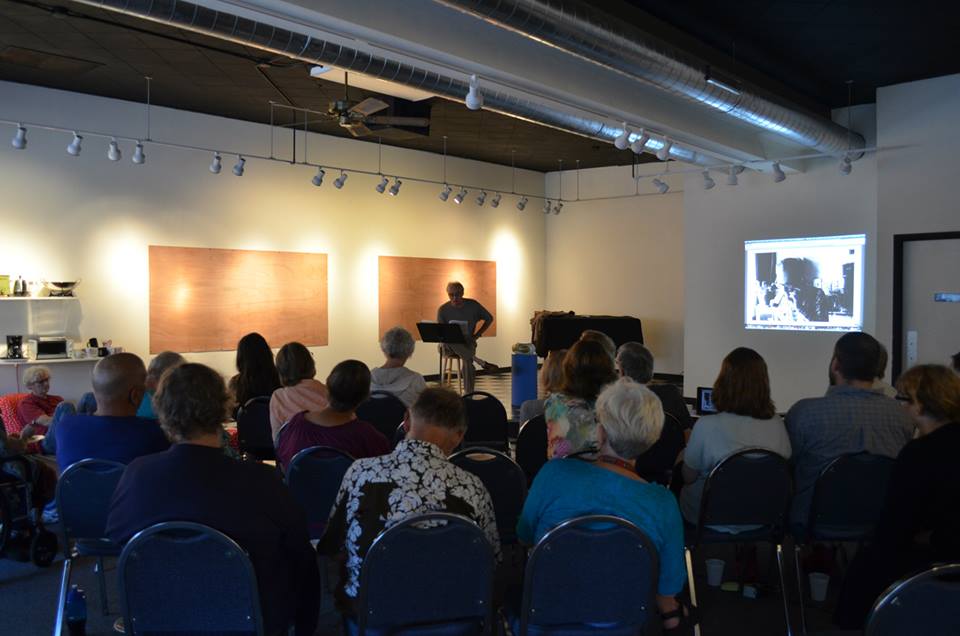 This was the setting for my August 24th presentation and reading for my forthcoming (hopefully soon) book Voices in the River: The Jazz Message to Democracy at the Jazz Gallery Center for the Arts in Milwaukee. The illustration on the wall at the right above is a photo of Chuck LaPaglia, the founder and owner of the original Milwaukee Jazz Gallery. After changing the course of jazz history in Milwaukee, LaPaglia went on to become the talent booker at Yoshi’s in Oakland, which would become one of the greatest jazz clubs in the United States. 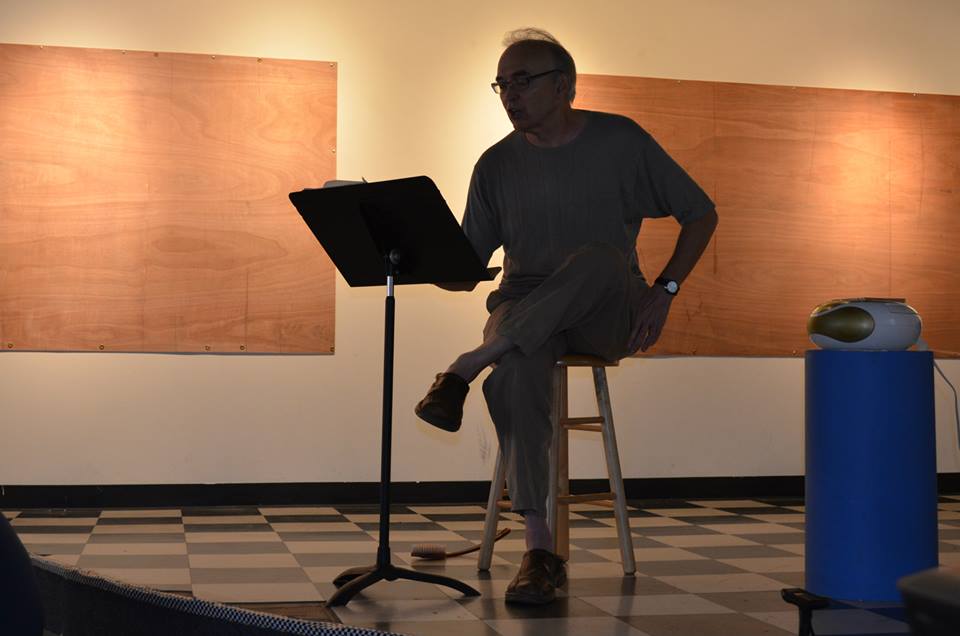 I used a music stand for a podium and among my props were a bathroom back scrub brush (for an anecdote about a very clean Sonny Stitt), a Hal Leonard Jazz Fake Book, and a boombox. 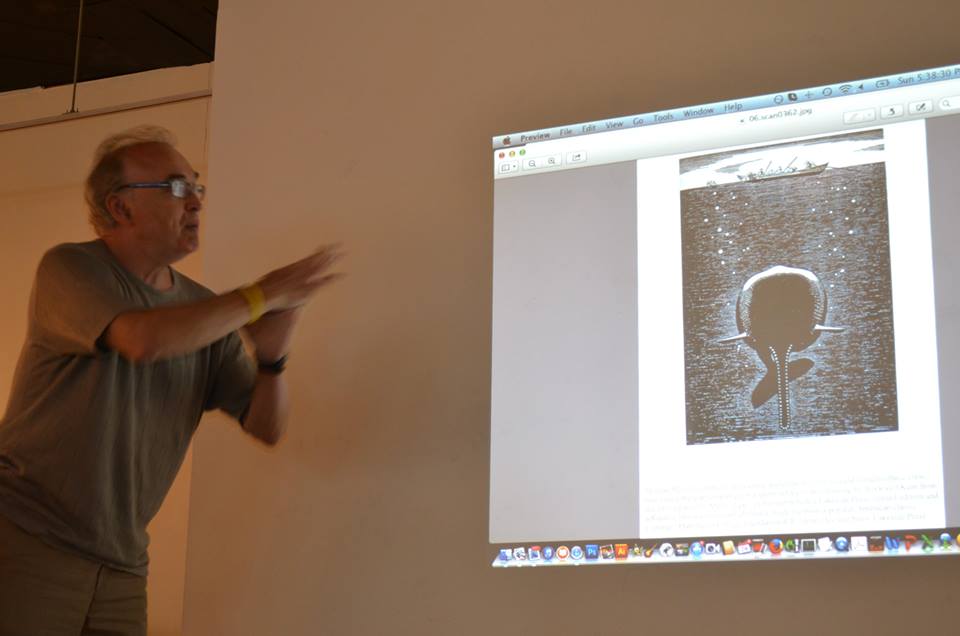 Among the visuals was this wonderful image by Rockwell Kent which was part of the 1930 illustrated edition of Moby-Dick, which popularized Melville’s great work in the 20th century.
I briefly spoke of how Melville is one of the precursors of many writers my book discusses who understand the jazz and democracy relationship. In Moby-Dick, the whaling ship The Pequod, and its remarkably multi-cultural crew, serve as a striking metaphor for America as a melting-pot democracy. 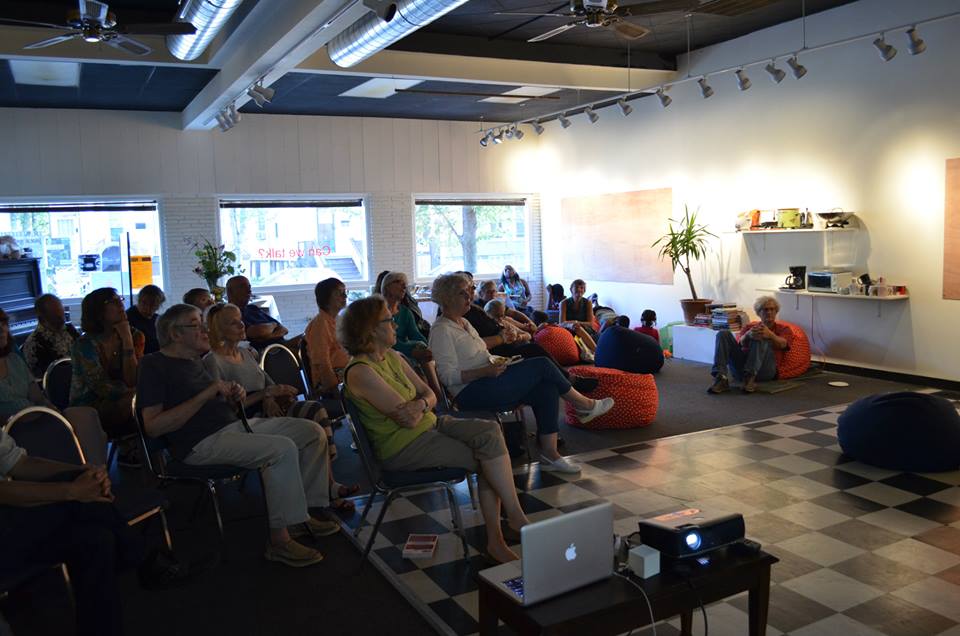 I was blessed with a remarkably attentive, literate and responsive audience. It didn’t hurt that they had been fortified with a delicious array of food from the potluck provided by a variety of attendees, mostly from the Riverwest neighborhood. 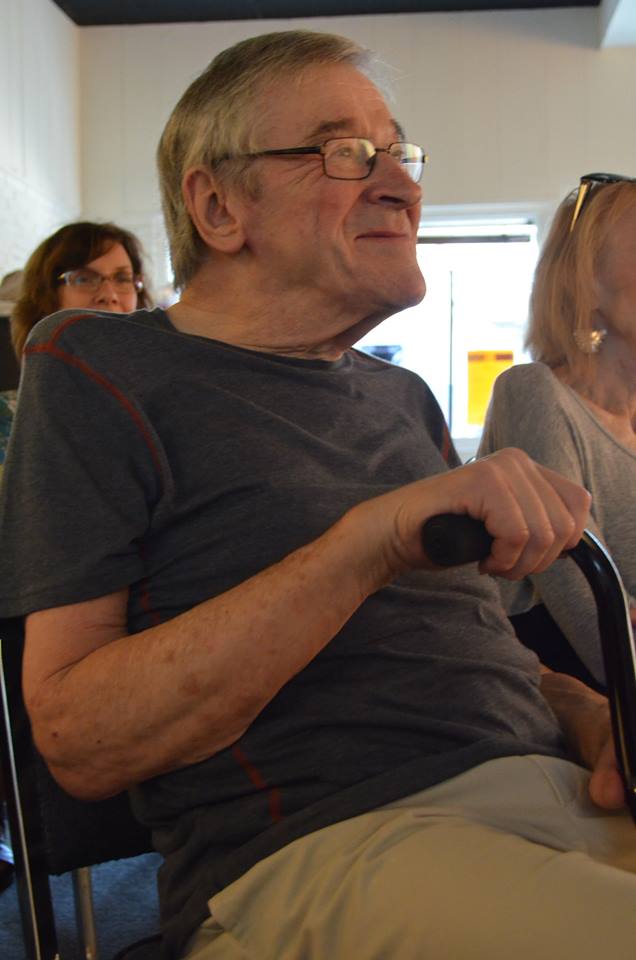 Among the attendees was Bill Schaefgen (above), the gifted Milwaukee trombonist-composer and bandleader, most notably of the group What on Earth?  I played a recording by the group and also described their music in part of the reading from my book’s second chapter, titled “The Milwaukee How-Long Blues: An Unlikely Jazz Scene Flourishes.” The band blended “a controlled spaciness, mock defiance and post-bop freedom with both traditional jazz forms and structural ideas drawn from contemporary classical music.” We also took a moment to allow Bill to tell us about the genesis of “Flow,” the tune of his that we played. 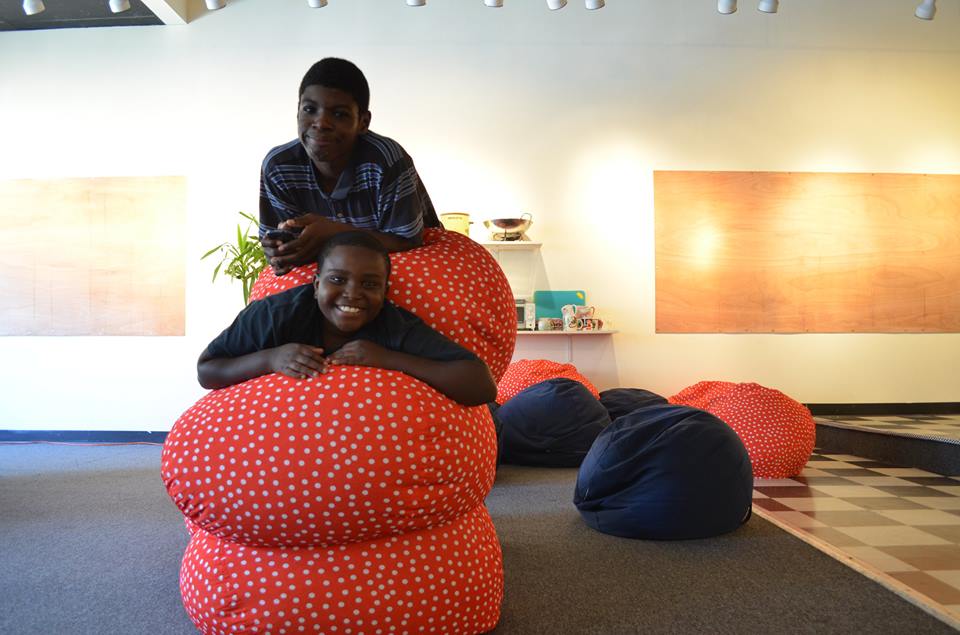 Young visitors to the Jazz Gallery’s Habeas Lounge Riverwest had fun with the bean bag chairs.

All photos by Linda Pollack/Habeas Lounge.

Special thanks to visiting artist Linda Pollack, Mark Lawson, The Jazz Gallery Center for the Arts and the Riverwest Artists Association. Also thanks to all the contributors to the pre-presentation potluck.

4 thoughts on “My book “Voices in the River: The Jazz Message to Democracy” gets a pre-published airing”