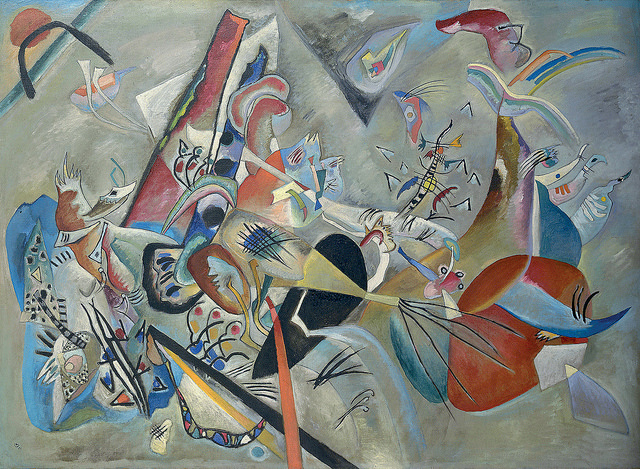 Because I have too much other writing to do today, I’m merely going to give you this little image essay of the fabulous Vassily Kandinsky exhibit at the Milwaukee Art Museum, running through Monday, September 1. This is a great way to spend some of the Labor Day weekend, especially if the weather continues as it is right now. Don’t miss it, maybe the best art show of the year, at least in the Milwaukee area. A friend of mine who walked into this show saying, “I don’t really understand abstract art,” raved about it continually throughout, and that says as much as anything I can say.

The paintings are not presented here in chronological order. One suggestion or two: Enjoy the representational paintings as such, but then try to look at them as abstracts, to appreciate their compositional, sensual, and even spiritual qualities.

Consider also that Kandinsky did his work before, during and after World War I. Kandinsky said that war stress and imagery can be detected, including cannons and barbed wire fences. During the war, he was exiled to Russia and suffered great privation there. He also wrote a short book, a sort of ruminative aesthetic manifesto titled “Concerning the Spiritual in Art.”

Unless otherwise noted, all the artwork is oil on canvas. 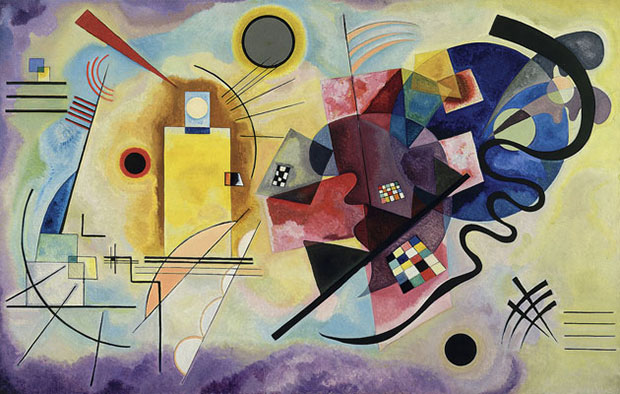 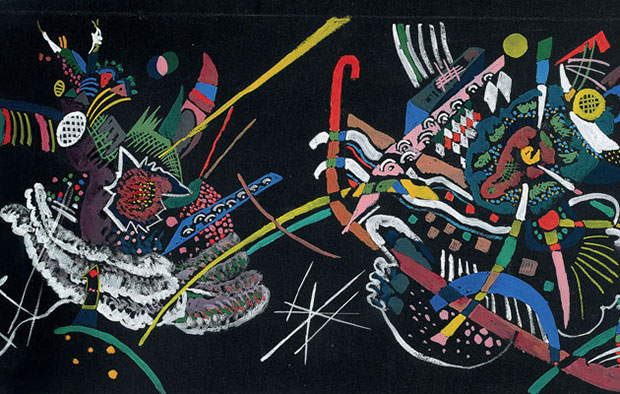 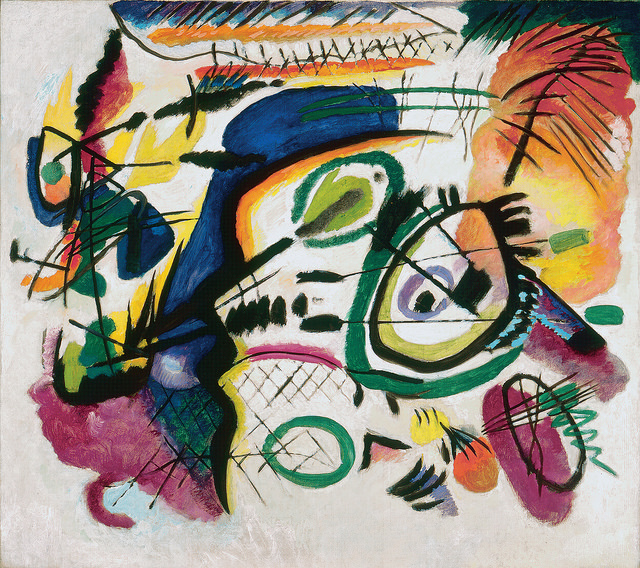 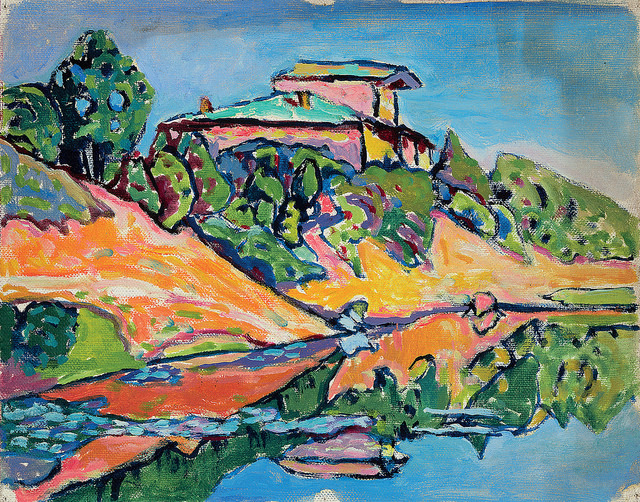 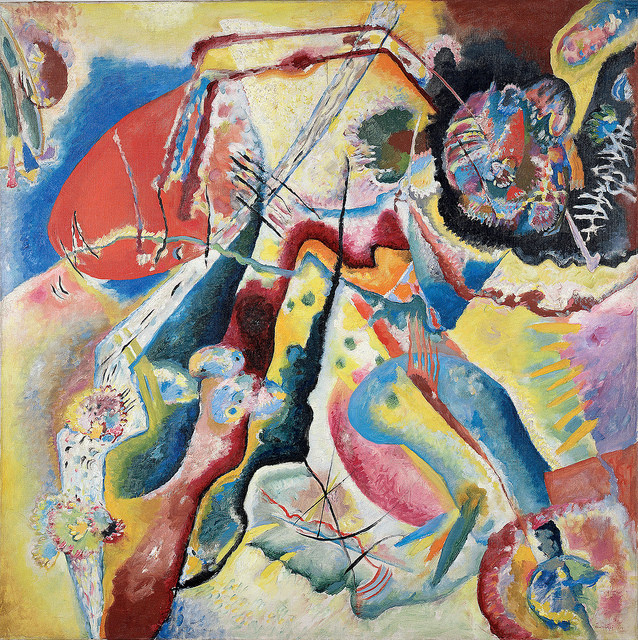 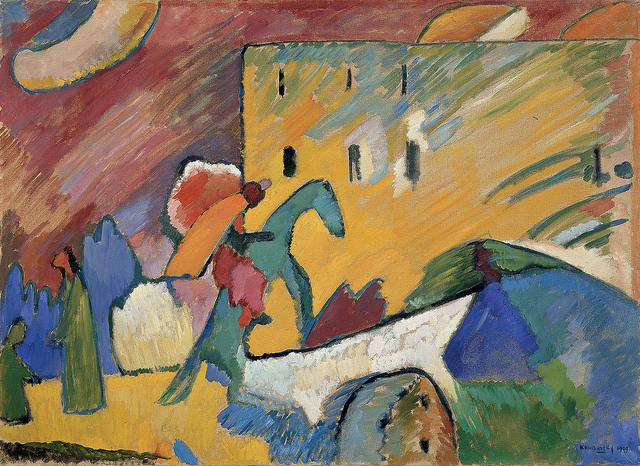 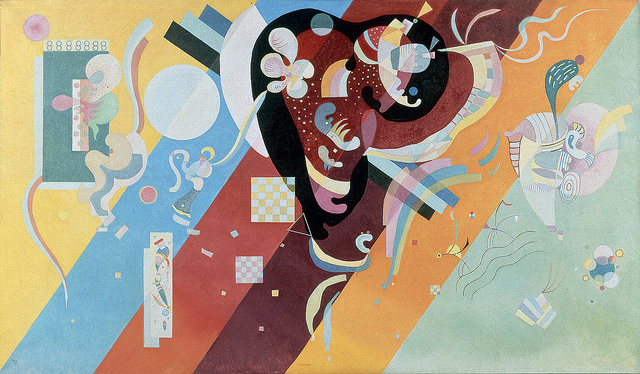 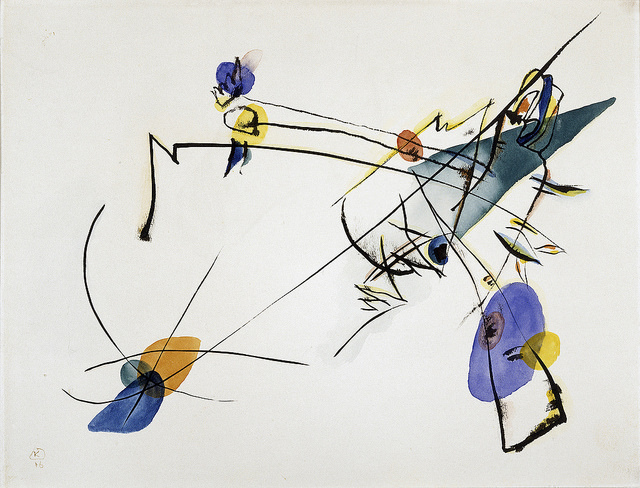 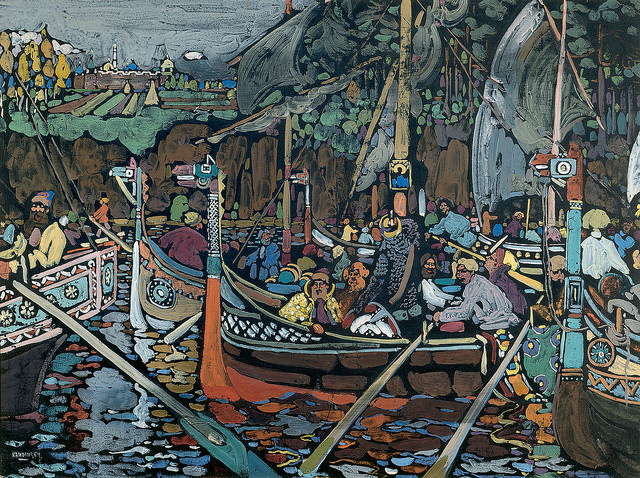