At Culture Currents we promise to explore the “common and the uncommon” of our culture. Today, we pause to appreciate something uncommon, and even a little highbrow, or as high as a cow’s brow can raise. This is for both lovers of Eric Satie’s fairly sublime piano pieces “Trios Gympnopedes” (which were a staple of classical radio in Milwaukee, at least on the former WFMR.)…Pregnant pause. You noticed the “both” in the last sentence…and for, um, animal lovers. And here the twains shall meet, ready or not.

The performance below is not for classical music purists, however it certainly attracted my calico cat Chloe who hopped up on the desk see what all the luv-ly harmonizing was about.

The choir group is called “Cats & friends Choir.” What would Erik Satie (1866-1925) have thought of this? Like Chloe the cat did, this question leaps to mind. Well, Satie was a bit eccentric, animal-wise, and otherwise.

The composer reportedly once walked a lobster in Paris. There’s an image for you to savor, with perhaps the long shadow of the Eiffel Tower falling across the crustacean’s path. Because of Satie’s apparent special regard for critters, I suspect that he’d somehow appreciate this moooving rendition of his pieces. Yes, there are cows, who supply the bass notes, but throughout it is felines who star in this chorus. Naturally, as cats are the smartest (and most self-important) of domestic pets. 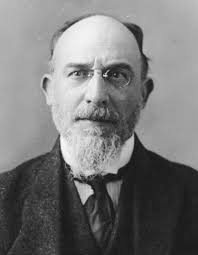 Amazingly, you hear pretty much all the piece’s harmonies and striking modulations. It’s not really dumbed down. When somebody organizes, or “conducts” these miscellaneous species, hear what happens! This performance was shared by my friend Frank Stemper, an accomplished “serious” 1 composer in his own right, and a jazz pianist of note, based in Milwaukee.

The piece was originally posted by a musical mischief-maker named Florent Gyse, who is a bassist and composer and videographer, though perhaps he had help in the latter department, including producer Doug Perkins. Thanks Florent! His channel is available here https://www.youtube.com/channel/UCwfw6NcrTgFTLJiZGpKq3VQ

This “Cats & friends” version is followed by a superb straight rendering of the Satie pieces, performed by the pianist Olga Scheps (directly linked at top), who plays the first two pieces in a video performance. There’s another noteworthy straight interpretation of the pieces online, by Anne Queffélec (sound recording only) of all three pieces. That YouTube performance illustrated (see below the animal choir) by a painting titled “Moonlight on the Sound” by the great American Impressionist Frederick Childe Hassam.

With these pianists you hear why these three pieces are sublime, in their apparently almost artless simplicity. But they’re more than they appear to be, though ultimately it’s their spare and slightly astringent beauty that stands the test of time.

The furry choir members certainly would agree, and they weren’t born yesterday! But they’re not that old either. I rest my case, with them. However, for more insight on Satie and “Trios Gympnopedes,” proceed below the YouTube link here…

“jessiemelodyworld K,” an online YouTube video channel host, posted the following extended comments with Queffélec’s piano rendition of Satie’s three famous pieces: (Jeez, all these fancy-dancy video-showoffs make a mere wordsmith like me feel like I’m puttering along in the slow lane. Oh, well. I’ll work on my pizzazz. At least I can gussy my words up with some visual borrowings.)

Watch Olga play the first two, right after the “choir,” (or watch Olga first) but here’s a direct link to that second recording by Queffélec, along with jessie’s comments below:

“* The Gymnopédies, published in Paris starting in 1888, are three piano compositions written by French composer and pianist Erik Satie. These short, atmospheric pieces are written in 3/4 time, with each sharing a common theme and structure.

“Collectively, the Gymnopédies are regarded as an important precursor to modern ambient music — gentle yet somewhat eccentric pieces which, when composed, defied the classical tradition.[citation needed] For instance, the first few bars of Gymnopédie No. 1 consist of an alternating progression of two major seventh chords, the first on the subdominant, G, and the second on the tonic, D.

“The melodies of the pieces use deliberate, but mild, dissonances against the harmony, producing a piquant, melancholy effect that matches the performance instructions, which are to play each piece “painfully”, “sadly” or “gravely”.

“From the second half of the 20th century on, the Gymnopédies were often erroneously described as part of Satie’s body of furniture music, perhaps because of John Cage’s interpretation of them. * Éric Alfred Leslie Satie (pronounced: [eʁik sati]) (signed his name Erik Satie after 1884) (17 May 1866, Honfleur — 1 July 1925, Paris) was a French composer and pianist. Satie was a colourful figure in the early 20th century Parisian avant-garde.

“His work was a precursor to later artistic movements such as minimalism, repetitive music, and the Theatre of the Absurd. An eccentric, Satie was introduced as a “gymnopedist” in 1887, shortly before writing his most famous compositions, the Gymnopédies. Later, he also referred to himself as a “phonometrician” (meaning “someone who measures sounds”) preferring this designation to that of a “musician”, after having been called “a clumsy but subtle technician” in a book on contemporary French composers published in 1911.

“In addition to his body of music, Satie also left a remarkable set of writings, having contributed work for a range of publications, from the dadaist 391 to the American culture chronicle Vanity Fair. Although in later life he prided himself on always publishing his work under his own name, in the late nineteenth century he appears to have used pseudonyms such as Virginie Lebeau and François de Paule in some of his published writings.”

1 All seriousness aside, that “serious” adjective seems in serious jeopardy, Professor Stemper.

Special thanks to jessiemelodyworld k. You can reach his channel here: https://www.youtube.com/channel/UCzSqtRPV-tXhow2kIqtRcMQhttp://