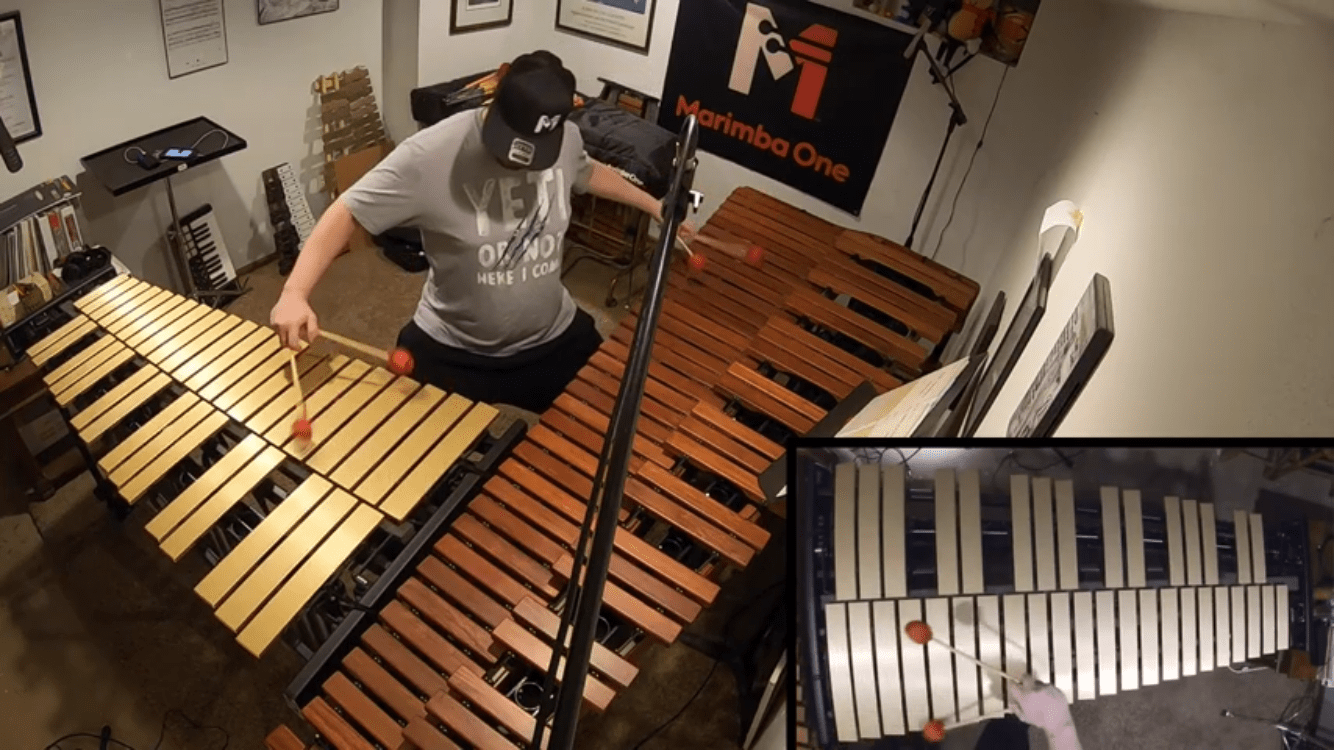 Milwaukeean Milke Neumeyer continues his pied-piper ability to captivate with his four-mallet mastery of both vibes and marimba which, set up at 90-degree angles around him (above), he controls and merges like a traffic cop turning street commotion into a magical mystery turn.

I subscribe to Neumeyer’s YouTube video output, and this is the fourth time I’ve felt compelled to comment on his work, which reveals a mastery of video techniques to enhance the single performer, typically with multiple and simultaneous screens.

What’s impressive and enchanting, is that Neumeyer essays the melody and chords with a fine sensitivity to the implied lyrics and their evocative storyline, of a rustic, one-night romance.

Yet, in the middle, he takes off on a sophisticated jazz improv on the tune, with the effortless abandon of “this bird” who flies at story’s end, yet with wings fully weighted with the smoky romantic nuances of the encounter. Aside from his deft sliding through the chord changes, Neumeyer’s solo seems to open small widows of discovery on the well-known song. It’s worth replaying to absorb the solo again.

Throughout, the sustained sonics of the mallet-struck instruments enhance the glowing aura of fantastical immersion, so the narrative self wonders if he’s even spent the night with the elusive bird, or was it all just a dream?

One might play the original song from Rubber Soul, either before or after this rendition, to refresh your sense of Lennon’s original small stroke of genius (and George Harrison’s exquisite sitar interlude*), all reminded of superbly by Neumeyer’s contrasting yet vivid musical setting. Still, as we revisit, we must sigh again, “this bird has flown.”

The evocative song has previously inspired a novel by the great Haruki Murakami, which in turn has inspired a film, which I have not seen, but very worthwhile, I’m sure. 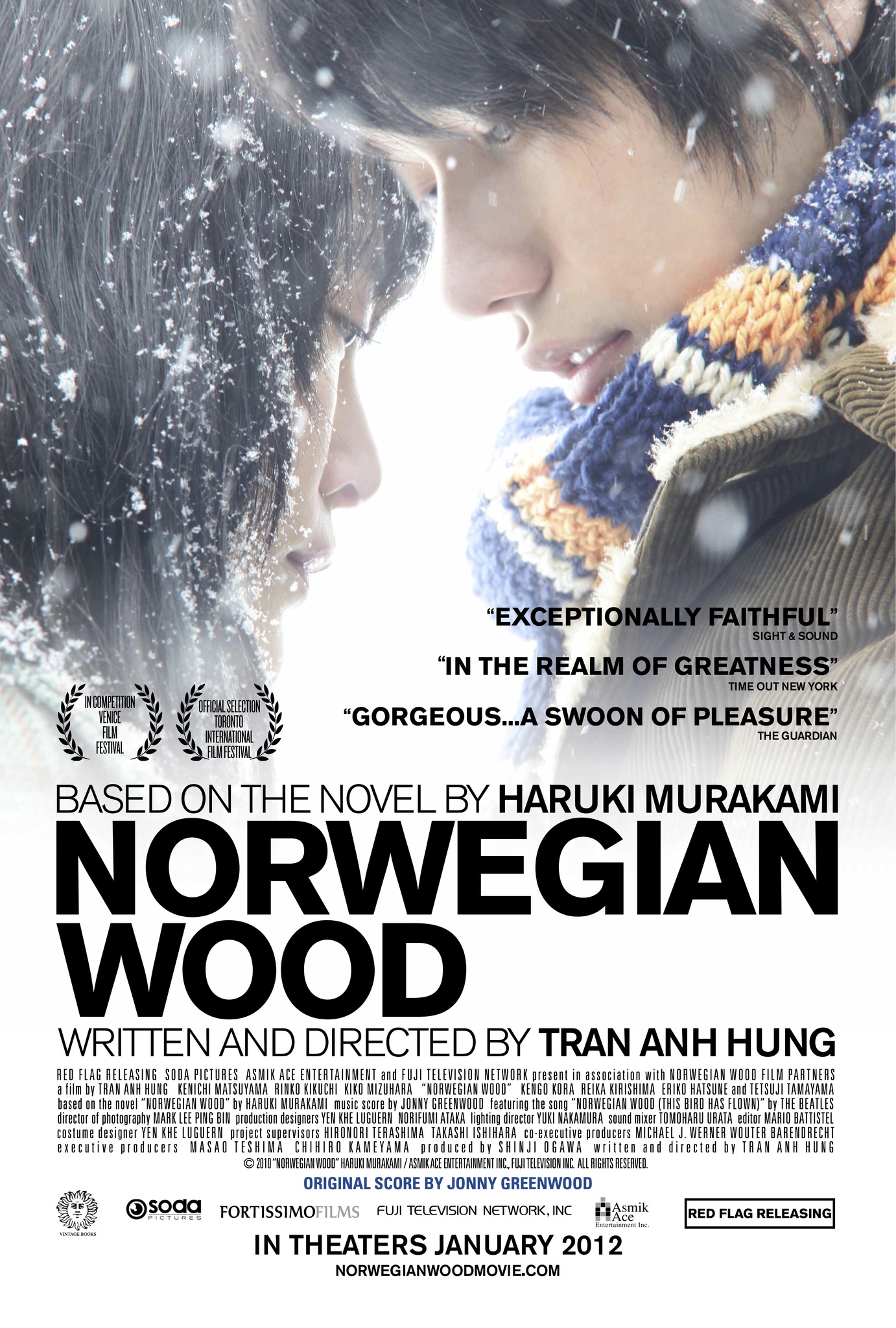 Here’s a You Tube of the original “Norwegian Wood” (all the more a miracle of miniature tale-telling, at a mere two minutes!):