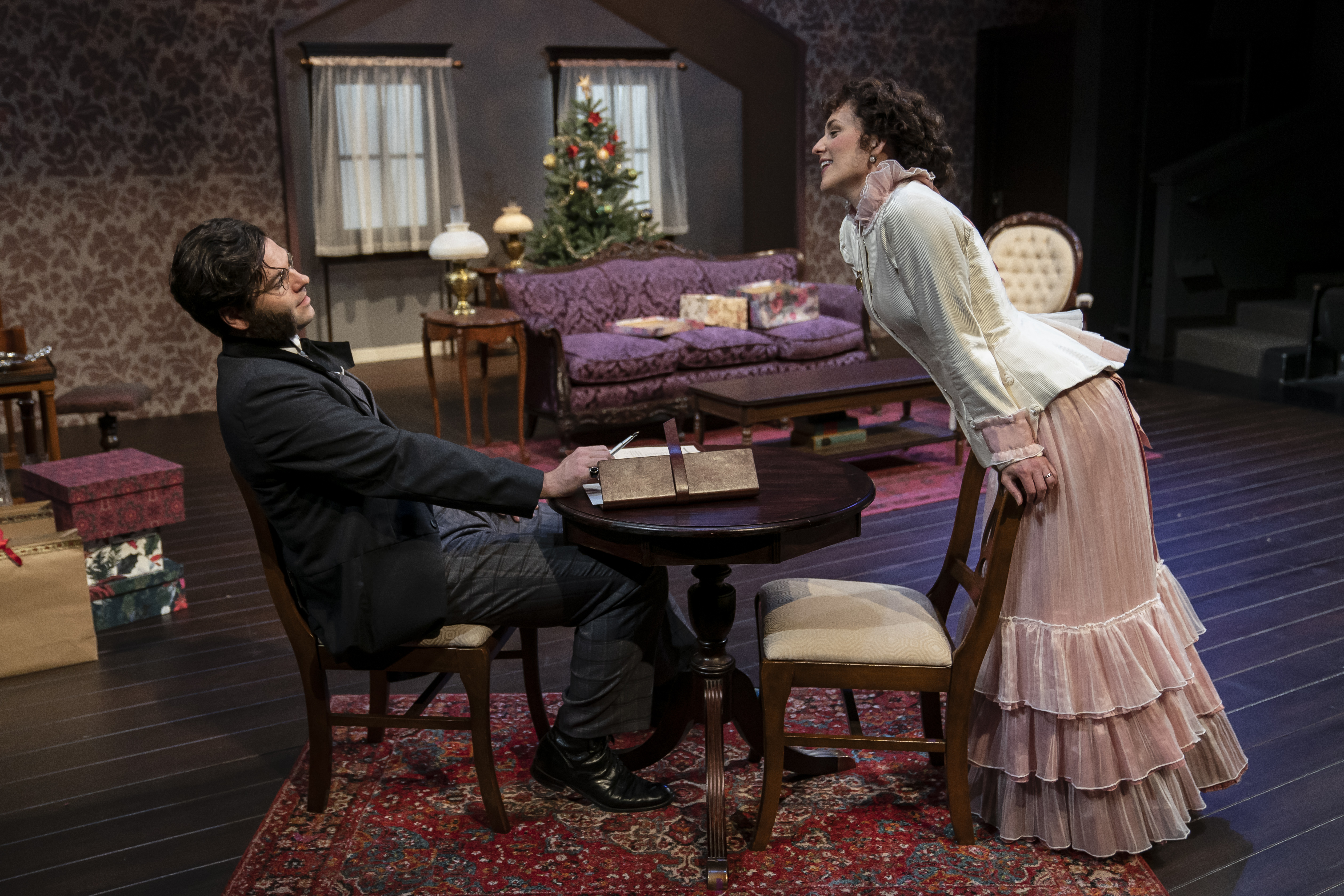 SPRING GREEN — Henrik Ibsen’s spectacles probably steamed up while he wrote “A Doll’s House,” but his brain surely boiled as well. One of classic theater’s sexiest plays also provided American Players Theatre’s audience witness to one of the world’s greatest dramas — published in 1879 but now in 78 languages, inspiring countless performances and adaptations.

It’s a woman’s personal odyssey, proto-feminist, and somewhat comparable to Hawthorne’s The Scarlet Letter. But Hawthorne’s a Puritan prude compared to this Scandinavian and lacked Ibsen’s genius for dramatic, even explosive, story craft. Yet there’s nary a gun nor blade visible. Psychological suspense intensifies, as if the well-stoked stove upstage is steadily swallowing the set in flames.

It opens with grabby, bourgeois husband Torvald treating his young wife like a doll, or “my little hamster.” Initially, nothing but “gold-digger” shines in Nora Helmer’s slightly manic eyes. Swift plots turns bring a man to her doorstep with a secret, held over her like the sword of Damocles, and an old girlfriend who may help her survive. 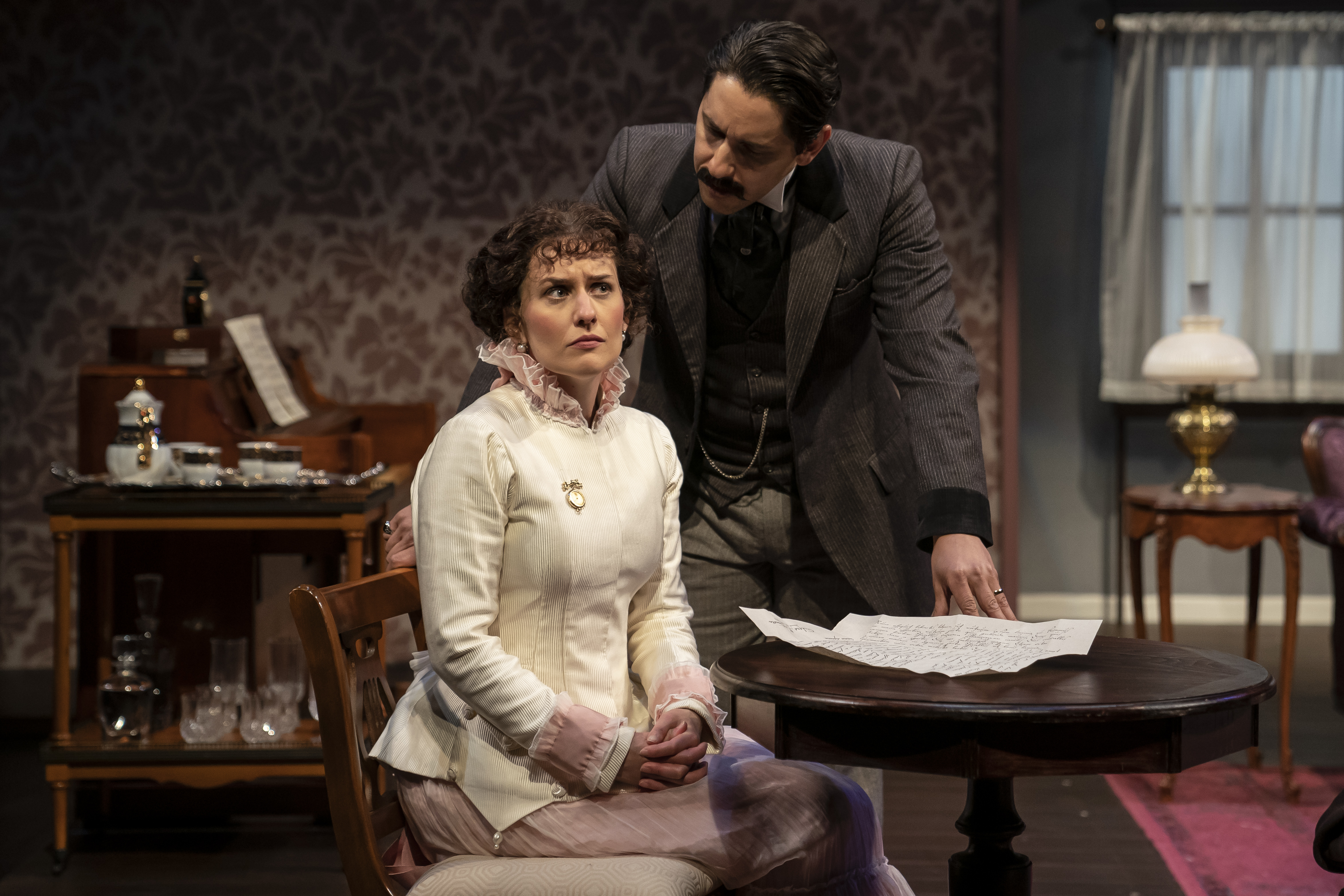 A visitor (Juan Rivera Lebron) arrives with information that could shatter the delicate structure of Nora Helmer’s  “Doll’s House.” 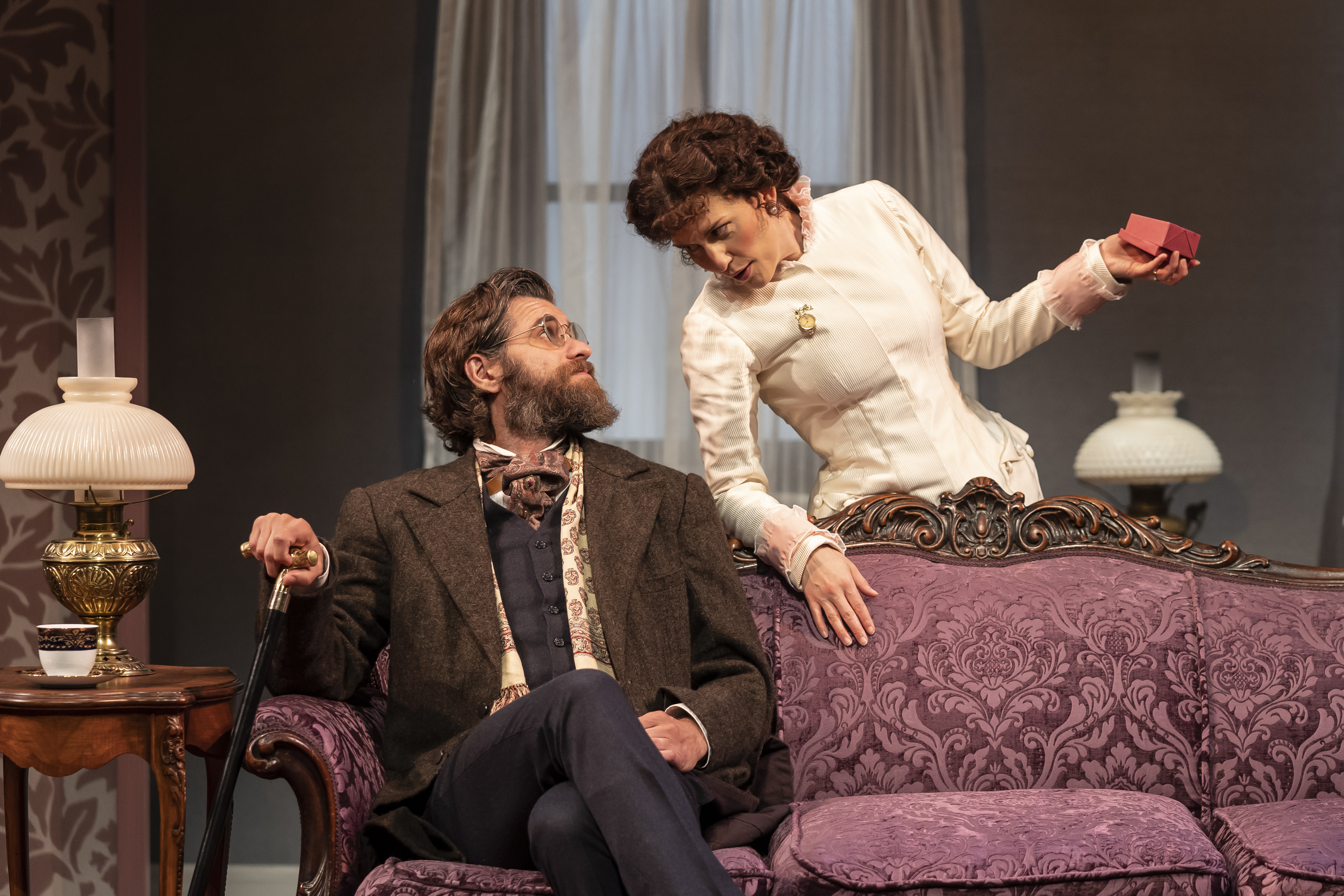 A box of chocolates are only part of Nora’s wiles with well-off and frequent family guest Dr. Rank (Marcus Truschinski)

Along the way, Ibsen deposits plenty of pregnant symbols: a Christmas doll’s house — “It’ll just break anyway,” Nora says with unwitting portent, — a white dress, then a red one (perhaps in homage to The Scarlet Letter), a box of “forbidden” chocolates, a game of hide-and-seek, important letters stuck in a mailbox, a post card with a black cross… 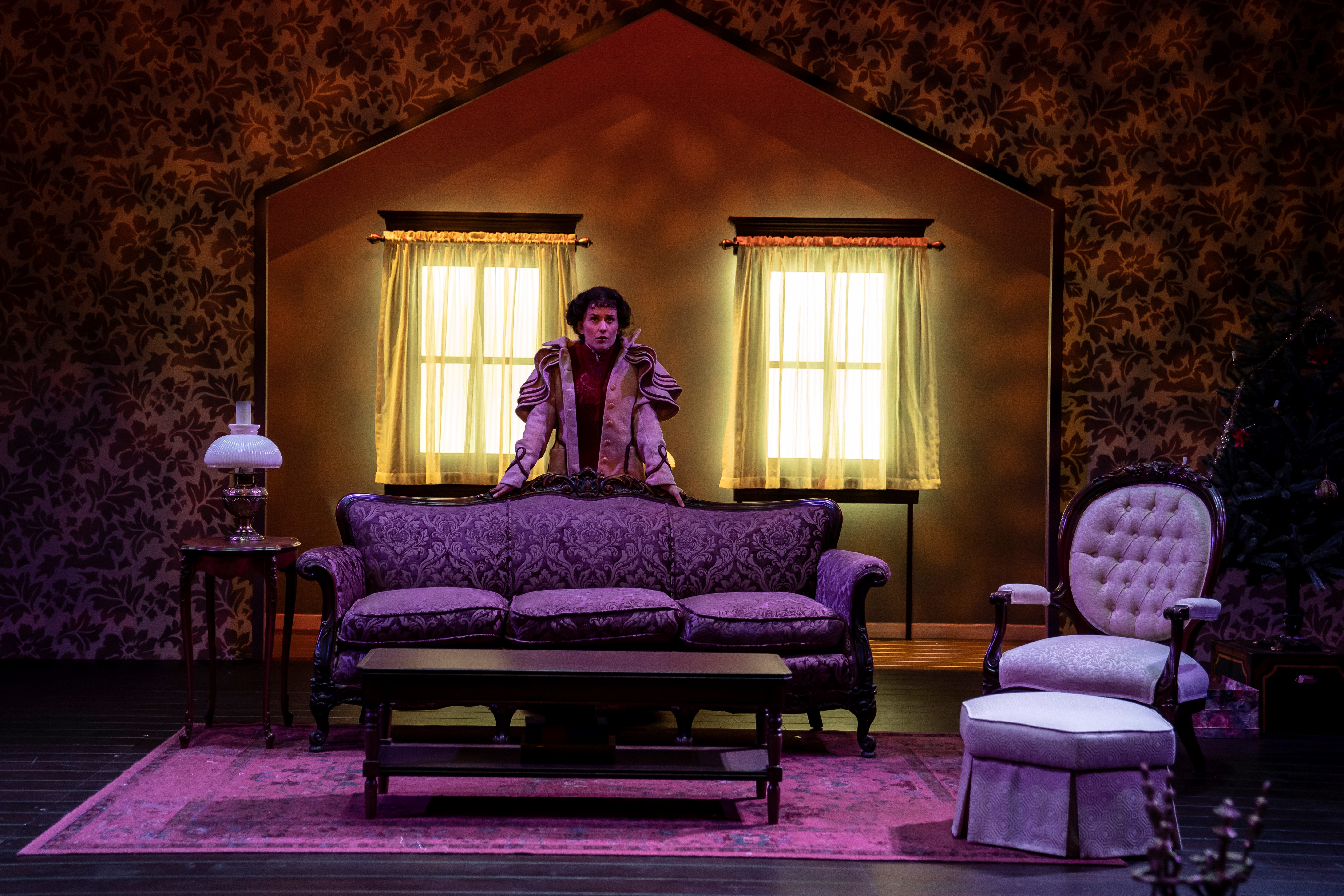 Nora endures dark nights of the soul, and actor Kelsey Brennan dominates the stage with her radiance and increasingly tortured being. Her closing-scene transformation is breathtaking, but feels inevitable, as does the shattering demise of Nate Burger’s Torvald. Nora must finally dance a gypsy tarantelle for her fantasizing husband. But she pirouettes along a cliff and, somewhere between salvation and damnation, lies her humanity, a quivering lifeline in the “#Me Too” era.

Through October 4, in APT’s Touchstone Theater, For tickets, visit americanplayers.org.

* Marcus Truschinski is also playing the title character in Macbeth, perhaps the plum role of APT’s season this year.

A slightly shorter version of this review was published in Shepherd Express: https://shepherdexpress.com/arts-and-entertainment/theater/a-dolls-house-still-one-of-the-worlds-greatest-dramas/