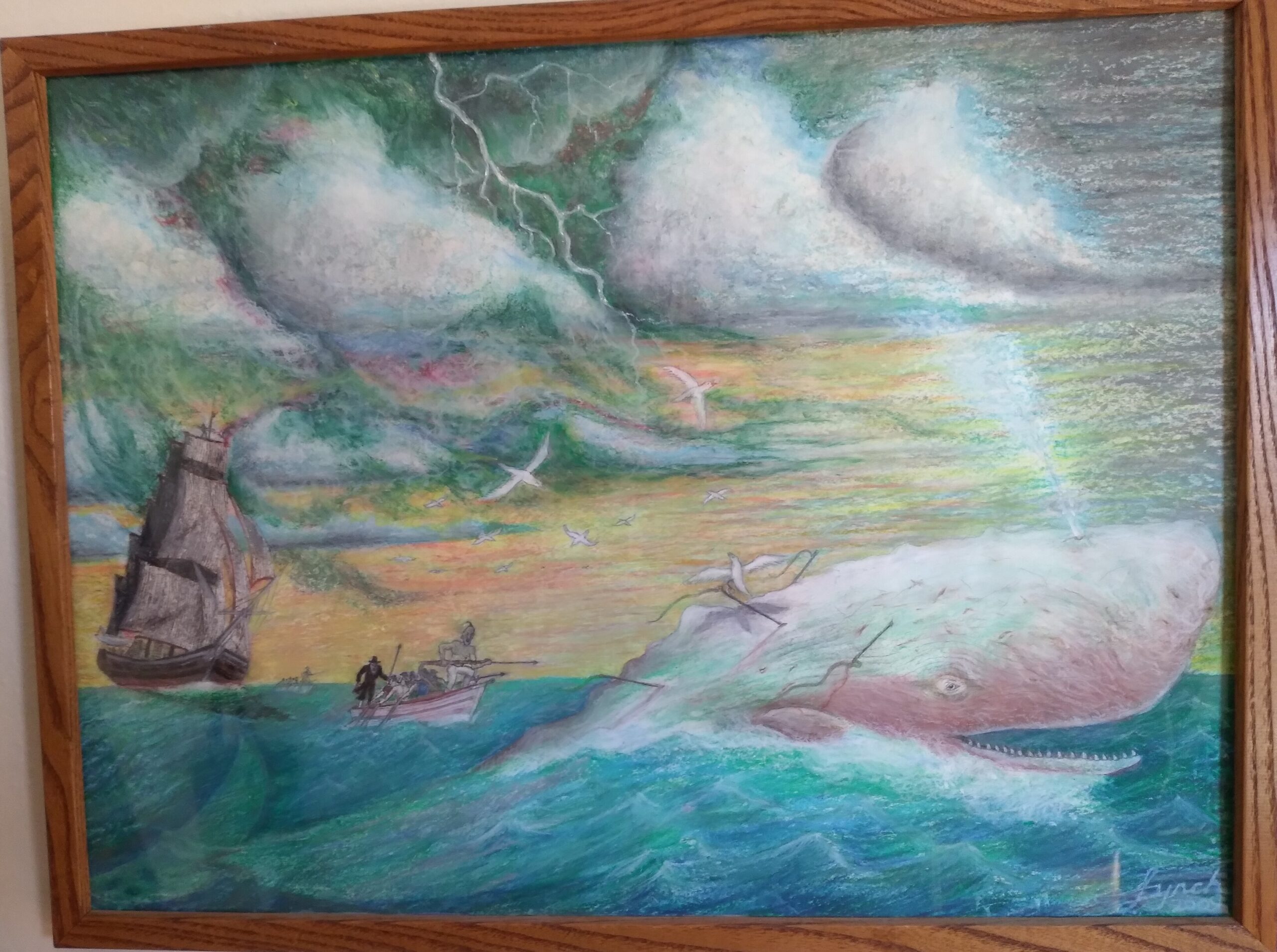 Feminizing all whales is part of the romance of the high seas. This she is really a he, the great White Whale who’s hunted monomaniacally by Captain Ahab in Herman Melville’s profoundly precient and symbolically pregnant masterpiece, Moby-Dick or, The Whale.

Those who’ve read this blog over the years may be aware of the precipitous esteem I hold for this extraordinary book. It has inspired me to write a novel about its author, somewhat forestalled by a myriad of circumstances, but forthcoming in due time.
This is a book that an artist of some repute whom I know aptly characterized as “the first postmodern novel” — published in 1851! It might also be the most critically commented-upon work of fiction in modern history, and the most widely referenced in popular culture, certainly among books that are not often actually read.

It has also inspired the visual artist in me.

So I’ve undertaken a series of pastel drawings with Moby Dick as my motif. And one of the perhaps more successful of these will soon be on display in an art exhibit at the Jazz Gallery Center for the arts.
The exhibit is announced in this poster, though one correction the opening reception’s time has een changed to 5 to 7 p.m. Saturday: 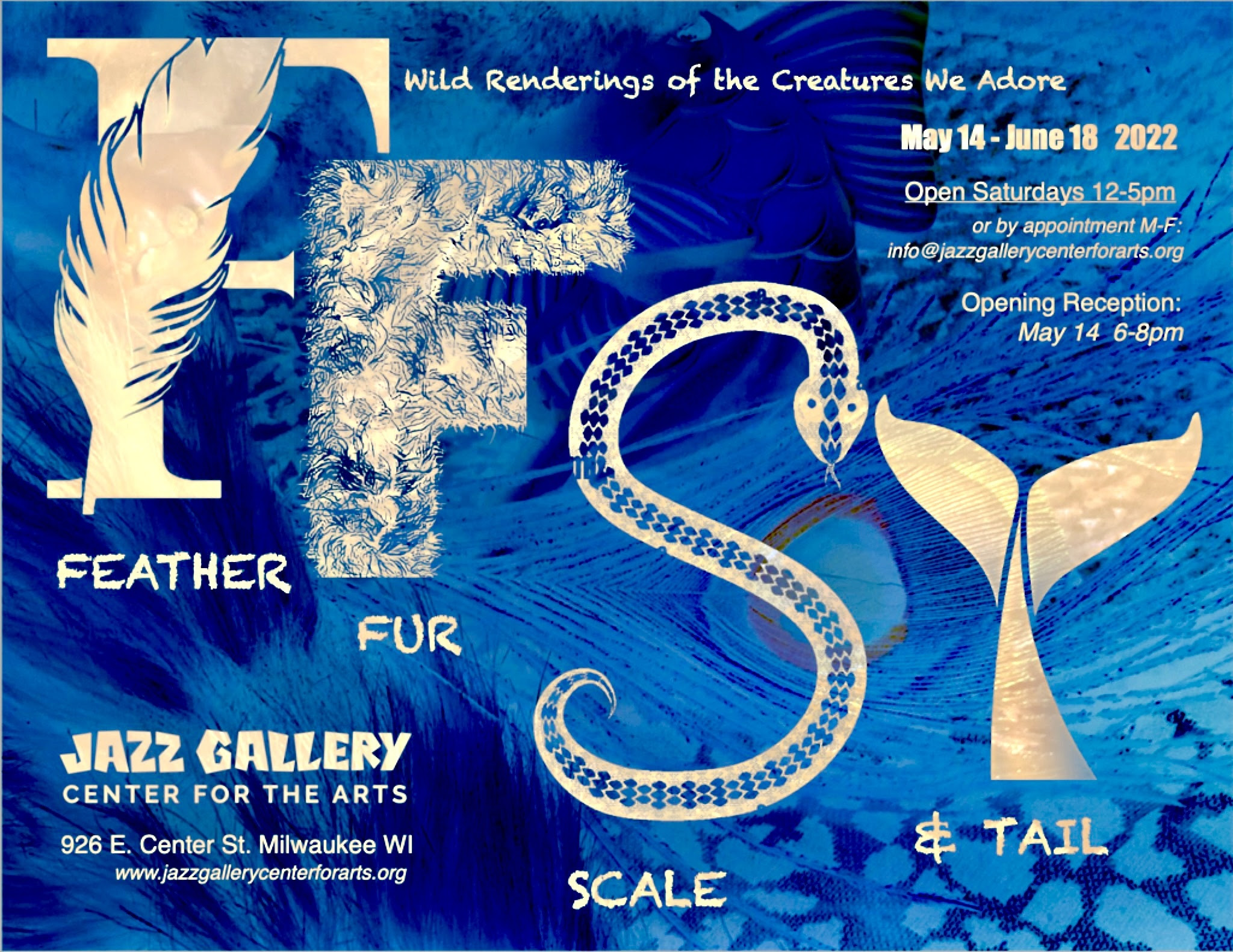 This event has brought me to the realization I should have a digital copy of this pastel professionally made. My apologies for the poorly depicted image at top. But you get the idea from my hand-held photo. I hope it strikes your fancy or interest enough to visit the opening or ensuing gallery days of this promising show.

Here’s an image of another artwork in the show, a block print by Jay Arpin. 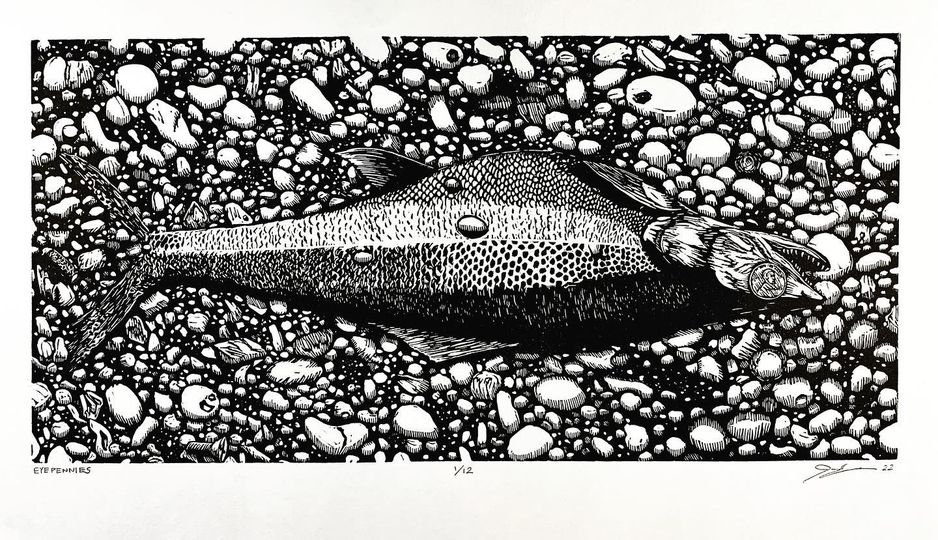