In one of the toughest scenes in “Small Town Wisconsin,” alcoholic Wayne Sobierski, pounds down liquor while desperately searching for overnight accommodations for the night in Milwaukee. badfeelingmag.com

Small Town Wisconsin runs only through Tuesday, June 21, at the Oriental Theatre in Milwaukee, but continues through Thursday at Marcus Theaters in Franklin, New Berlin, Delafield, and Saukville. For times and tickets: https://mkefilm.org/oriental-theatre/events/small-town-wisconsin

Small Town Wisconsin is now available for purchase or rent on YouTube, here:

As was my mother, I consider myself something of a movie buff. As a professional arts journalist, I have only occasionally reviewed films, as I’ve worked for publications with designated film critics, per se.

But the new film Small Town Wisconsin hit me pretty hard, partly because it is a small-town Wisconsin story (my folks are from Two Rivers) that strives, like a salmon swimming upstream, towards a big spawning ground of dreams, the big city of Milwaukee Wisconsin (my hometown).

Director-turned-executive producer Alexander Payne understood the qualities he values in this film. He’s provided some of the richest indie-courting-the-mainstream films we’ve had in recent years: Citizen Ruth, Election, About Schmidt, Sideways, The Descendants, Nebraska and Downsizing. So, he produced Small Town, which was written by Jason Naczek and directed by Milwaukee-native Niels Mueller and has racked up a slew of film festival awards. I suspect Payne saw the heart he brings to all his films even though this, to my eyes is, more than his satires, among other things, a gentle poke at small-town manners.

The biggest name actor in Small Town Wisconsin is Kristin Johnson, the Emmy award-winning actress for Third Rock from The Sun.

What we have here is a sort of fish-out-of-water story, times two. The main character Wayne Stobierski (Daniel Sullivan) is slowly being reeled out of his comfort zone — as a failing divorced father virtually immersed in alcohol, literally kicking and screaming — up into the harsh reality of losing any custody of his adorable son, Tyler (Cooper J. Friedman). He seems basically a good guy and an extremely sympathetic character, but Wayne also has anger-management issues. So, it’s obvious to everyone how he’s floundering as a father.

Wayne’s only daily responsibility is to one goldfish, Buster, who also is symbolically forced out of his little water bowl simply by Wayne’s inebriated neglect. So, we fear Wayne will meet a similar fate, which hangs over the story. Point beer tall boys, with occasional whiskey shots at the local bowling alley bar, seem to be his primary fuel (the small town’s street scenes are in Palmyra).

So, the writer and director proceed to force Wayne up on a tight rope, in varying degrees of intoxication, with the poor schlep tottering between high-spirited comedy and utter pathos. Bowling scenes seem a variation on those of The Big Lebowski and provide the most notable cultural context for small-town Wisconsin — easygoing solo and team sport play to sustain folks through the state’s long, cold winters. The director strives for balanced political context by including cardboard cutouts of both Donald Trump and Hillary Clinton observing the bowling matches. Wayne’s comical lane mishaps extend to an offbeat scene of him driving around drunk with his bowling ball, another symbol of self-destructiveness.

It is only Wayne’s fundamental if dysfunctional decentness that persuades his ex-wife Diedra (Tanya Fischer), to warily allow him one last weekend with his son, on two conditions: that he explain to Tyler that he’ll be moving to Phoenix with her and her new husband, and that Wayne be accompanied by a chaperone, his best friend, Chuck (Bill Heck), an archetypal clean liver. Tyler clearly loves his father even though he realizes he’s an alcoholic and understands, at a basic level, what the word means. 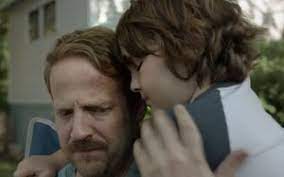 Wayne struggles to break the news to his son Tyler — that the boy will be moving with his mother and stepfather to Arizona. wsaw.com

That relationship provides most of the film’s heart squeezing and tear-jerking which is, in my book, hard earned, but with golden aspects, like the humble luck of finding a great baseball card in a random gum pack and making hay with that card. In fact, Wayne shows his true colors by financing his last big bid for his son’s heart (and perhaps more) by selling his baseball card collection, including his Hank Aaron rookie card. Though he pitches the weekend to Deidra as a typically rustic fishing and camping outing, Wayne’s secret idea is grander: give Tyler something he’ll always remember his dad by, a trip to Milwaukee, and the boy’s first major league baseball game.

Indeed, it’s a small odyssey with one eloquent classical allusion. Wayne declares Milwaukee’s baseball stadium as what “the ancient Romans called a coliseum.” Wayne, a drinking-on-the-job car mechanic, plans a night or two in Milwaukee’s finest hotel the Pfister, and the big game, “Milwaukee versus Chicago” (curiously the Cubs and Brewers are never specifically named). Sullivan, and increasingly Heck and Johnson, carve out richly-textured characters. Chuck’s personal situation almost drives him to find some new solace, on this trip. They end up at the Milwaukee home of Wayne’s sister Alicia, played by Johnson in one of the most substantial and affecting roles of her career. 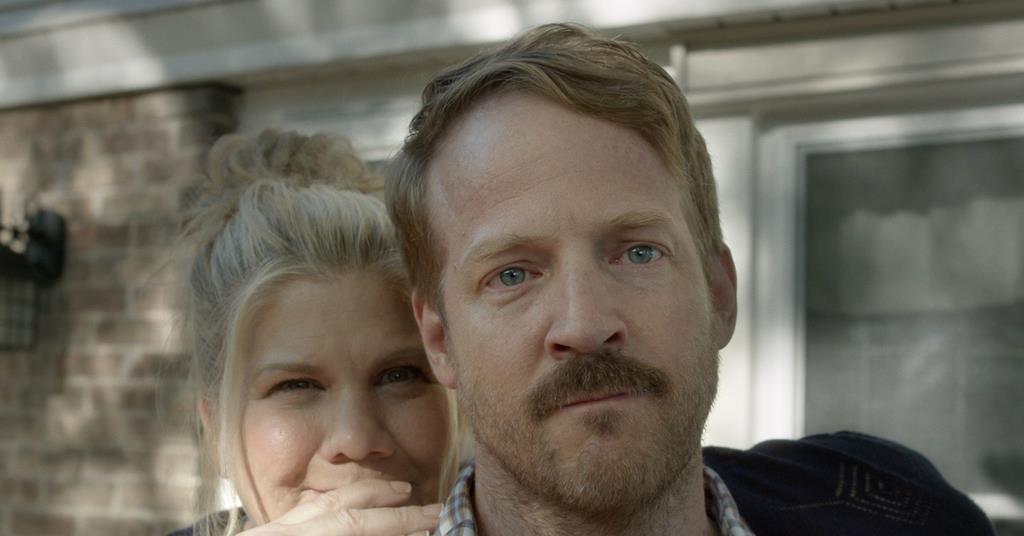 Despite all the things working against him, Wayne is lucky to have a sister like Alicia (Kristen Johnson).  screen daily

One curiosity is that a movie this excellent has only earned about 80% Rotten Tomatoes critics rating, though a 95% audience score. As I see no real flaws in it, I might only speculate that it was victimized by our cultural schism between rural and urban. Milwaukee itself is somewhat idealized and the movie provides a rich panorama of the city’s diverse virtues, including a Lake Michigan boat tour of the lovely cityside, a visit to Usinger’s sausage retail outlet, and an impulsive quest to the McMansion of ex-Milwaukee slugger Gorman Thomas. I must leave the wiggling storyline in the water at that. Suffice to say, sister is the better angel on bro’s shoulder, in a story of redemption as tough-minded as it is bighearted.

So, I wonder if those less taken by it adopt the small-town viewpoint, as defensive about the characterization of the lead as an alcoholic, with little apparent self-awareness. Of course, alcoholics exist in big cities at least as much, if not more, than small towns. And the film’s makers walk their own tight rope of avoiding precipitously heavy-footed political commentary.

After all, ex-wife Deidra, Chuck and Alicia are fully sober and reasonably intelligent. And Wayne himself, in his lucid moments, displays a distinct sensitivity, especially interacting with his son. Is there a small-town critique that isn’t only defensiveness, and is this the posture of dissenting critics? The movie strives also for an overriding cultural point: We need to start bridging the gap of rural and urban, red and blue, because our commonalities as Americans are quite evident and valuable in such things as baseball games, road trips, fishing and bowling, and the gratifying and heartbreaking dynamics of nuclear families.

To me, a film like this also allows us to see our humanity shorn of illusions created by politicians promising the moon and snookering those who desperately grab onto, what appears to them, the fading American dream. Facts and stats bear it out: Urban minorities still have much more to overcome in America.  Yet a film like Small Town Wisconsin suggests that even a decent white man, with black heroes, can lose his grip and must, at some point, do something other than blame others for his apparent fate.

A final symbolic pattern surfaces: Two people, who help open Wayne’s eyes in Milwaukee, are black. A third black person, with a “halo” for a name, grew up in Milwaukee, and shows him a possible way to a new start in life.