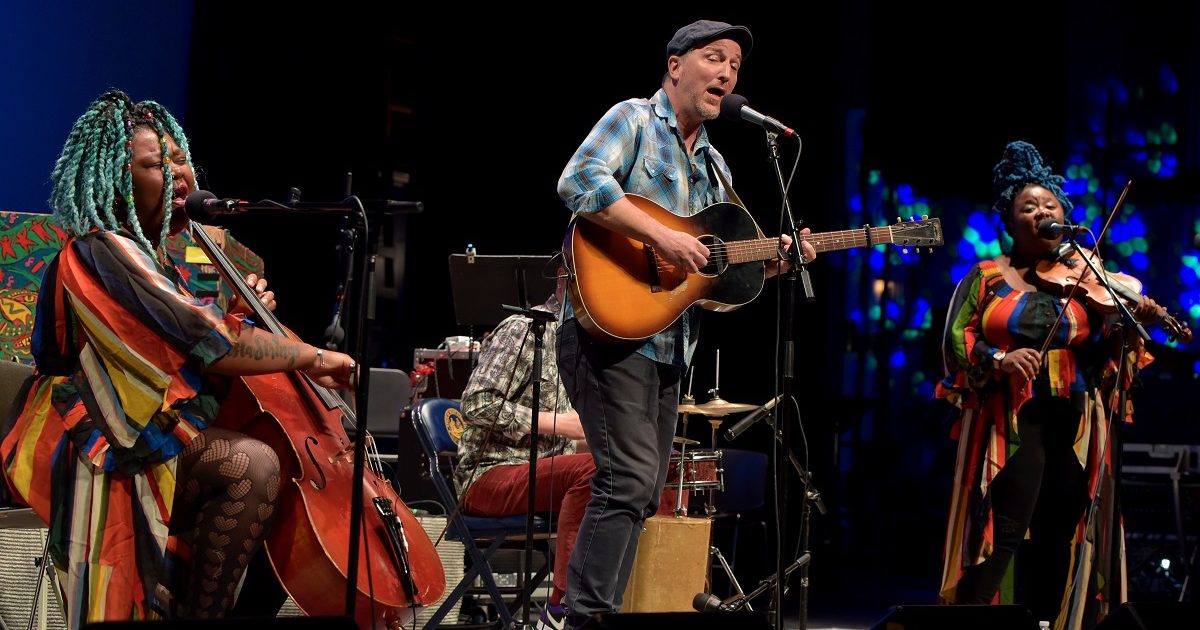 For tickets and the full tour schedule, visit: https://www.petermulvey.com/

If only we had more people of power and influence with the spiritual wiles and wisdom of singer-songwriter Peter Mulvey. We’d be doing much better than barely muddling through as a society, even risking our democracy. Mulvey’s new album, with the marvelous Milwaukee string-playing duo SistaStrings, delivers a variety of truths and revelations and invokes extraordinarily capacious compassion. 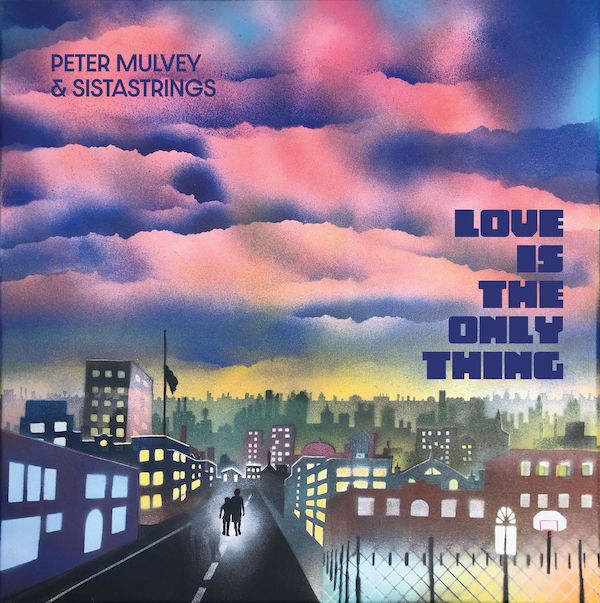 First comes exquisite overtones on his acoustic guitar, introducing the traditional “Shenandoah,” yearningly lovely, feeling like a ritual blessing.  “Soft Animal” ensues, with an idea from poet Mary Oliver, which evokes the “soft animal” within each of us, slightly Emersonian in its sense of inner sacredness, even as a breathing creature. Mulvey brings that animal vividly to life, with the Ross sisters’ violin and cello boosting it with warmly vibrant utterances, here and consistently throughout.

“Oh My Dear (The Demagogue)” pulls back the curtain of illusion but doesn’t simply point fingers: “What kind of storm blew through?/ The demagogue, the general, the priest/ who needed you most but loved you the least.” Then it shifts from rhetorical second to first person: “I couldn’t hear you while I was out in the wind/ I traded your life for my original sin.”

“Old Men Drinking Seagram’s” candidly scrutinizes the facile discriminations, bred of cultural isolation (or misinformation?), of the haves towards the have-nots. Why is it, the more people have, the more they resist, with a hollow righteousness, sharing it?

Then, funky and caffeinated, “You and (Everybody Else)” eloquently bemoans another current reality, people addicted to “staring at a screen”: “They gave you everything that you could want/ now you’re sitting there hungry like a ghost…full of nothing that you want/ you and everybody else.”

“Pray for Rain,” epigraphed with a James Baldwin quote, is the most pointedly political song: “Now the better angels have fled this field/ and the people sway to a devil’s song/ every bittersweet seed has come to fruit/ common mercy deserts the throng…” But notice how often Mulvey traffics in mythically terms rather than gratuitously naming names. This allows us to consider the historical roles of all humanity in our great failings.

Mulvey switches gears to the profoundly personal on “See You on the Other Side,” which grapples, finally affirmatively, with the murky metaphysics of death. Yet that ties in with poignant power to the album’s most moving piece, “Song for Michael Brown,” the young black man infamously shot and left dead in a trail of blood on a Missouri street, which inspired the Black Lives Matter movement. Here, Mulvey and his extraordinarily simpatico accompanists plea for compassion for everyone involved, of all colors and persuasions, “and most especially for the next child we know will fall.” And then, as if imploring a wailing wall: “I know God loves us. I know God loves us. I know God loves us. I don’t know how,” sung with raw passion.

Its gravitas buoyed by hope, this amounts to one of the most humanely open-hearted songs I’ve heard in recent years. As elsewhere, the song conveys the intimacy of deep feeling in its textures of fine engineering, recorded live at Cafe Carpe, the almost-famous little Midwestern engine of singer-songwriting that always could. 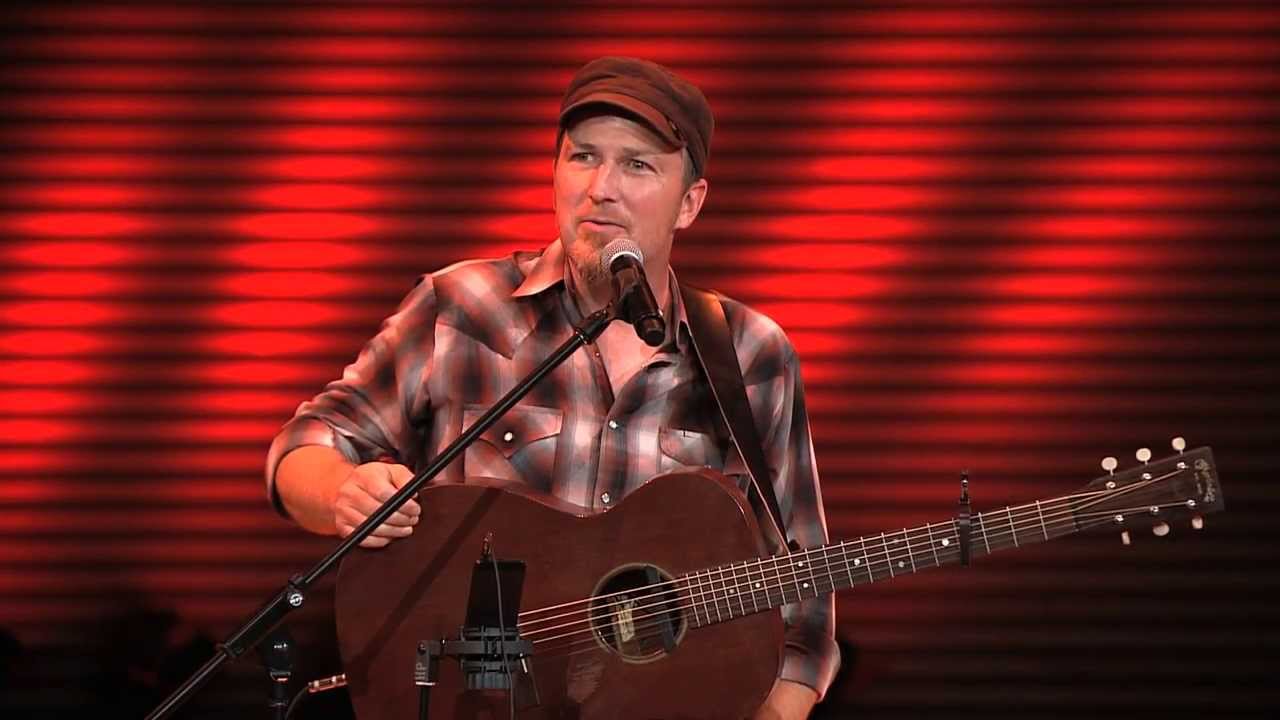 The album ends with the title song (written by Chuck Prophet) with the refrain, “Love is a hurting thing. Ah, but love is the only thing!” Throughout the album’s fetchingly hilly melodies, the tender textures of Mulvey’s scarred soul seem palpable in his voice. Sage-like, he poetically renders ideas revealing that compassion has many colors and many coats, and surely there’s at least one to fit any listener, to make their heart grow stronger, and warmer. Mulvey, long an iconoclastic activist, embodies such broad possibilities.

Canny and knowing of darkness and hatred, he remains persuasive, with extraordinary grace and street-smart artistry, which leaves no one left behind because, in the world he still envisions, love has long coattails. This is song-making of a high, healing order, just for these times.