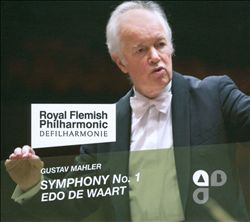 Though it can be pedantic, there’s also a genius of insight to artistic fidelity. Edo Du Waart demonstrates that gift with sure-handed clarity and purpose in his new recording of Gustav Mahler’s Symphony No. 1 with the Royal Flemish Philharmonic.

This sounds like the purest transmission of what Mahler penned on to the page that I’ve heard. A late romantic like Mahler is readily vulnerable to idiosyncratic interpretations by conductors. Sometimes, with Leonard Bernstein and a few others, this works well because the shadows of perception cast upon Mahler’s music frequently reflect back in startling and emotionally enveloping ways that seem to invite a psychological embodiment by the interpreter. (Or more simply, the wayward theatricality inherent in Mahler’s big designs works a certain way for the Bernsteins, or to a slightly lesser degree to Bernstein protégé John DeMain, a celebrated opera conductor whose Mahler cycle I witnessed in Madison.)

But one must tread with caution in the grotesqueries of theatrical effect, even if Mahler has his grotesques. This CD annotator somewhat overstates in saying “the strident brass provides a disorienting rancidity” in the second movement’s famous funeral march. It’s too beautiful a total effect to ever be “rancid,” as much as the tonalities may clash at times. And Du Waart always makes sure we know that experientially.

Du Waart — also music director of the Milwaukee Symphony Orchestra — will suffer none of this. So if you’re entertained by provocative personality postures this interpretation might seem a little dry. But I turned it on and it pulled me through to its thrilling end via the profundity of transparency, when you consider the depths revealed.

This First is as boffo and eloquent as anyone’s because it’s real, not dressed-up-like, Mahler.

Yet if it’s relatively unadorned Mahler, what is that Mahler?

It’s good to recall the composer’s powerful yet unsettling place in music history. His symphonies find their indelible place with what Theodor Adorno calls their “thoroughgoing discontinuity.” Those who feel comfortable in sonata-allegro form can be unnerved, to say the least. Rather than a top-down overriding structural continuity we follow Mahler through many odd and often enchanting incidents which, in ways, are the essence of his music, rather than the grandness of form that seems presumed by the scale of his most gargantuan symphonies.

As Adorno has said, the discontinuities and even his banalities are “allegories of the so-called ‘lower depths’ of the “insulted in the socially injured”, a byproduct of “a passionate reader of Dostoevsky” 1 and, perhaps at a more personal level, “the genuine fears of a downtrodden Jew,” as Adorno puts it. 2 Since the music has been composed from bottom up, “the listener must abandon himself (herself) to the flow of work, as the story when you do not know where it is going to end.” 3 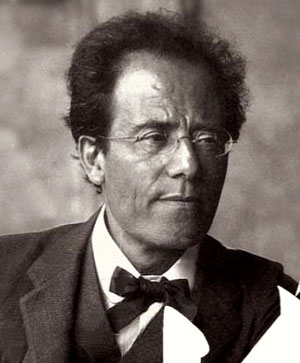 The cues to stepping into this liberating aura arrive with each moment that you seem to become lost, or probably closer to be found, in Mahler’s reality. In the first symphony, one encounters the swirling and mightily off-kilter strides that climax the first movement in which, again Adorno says, it is something like “the soul thrown back on itself (which) no longer feels home in its traditional idiom.” Or more grandly, aims to “transform art in to an arena for the invasion of an absolute,” which might be the titanic throes in the great finale of the First. 4

And here, this sense of vertigo-like imbalance is akin to Mahler’s fellow countryman Franz Kafka.  As with Kafka’s absurd quasi-reality, we’re stricken with an anxiety that feeds alienation on the very doorstep of what we think of as ourself, our home, our country. Indeed, the finale’s combo of a primal anxiety with a cathartic song of thunder remains – in such pure Mahler – a thrilling experience.

Here’s another bottom line. A powerful recording statement like this should compel the Milwaukee Symphony Orchestra to get De Waart into a recording studio with their band, maybe doing one of the Mahler symphonies they have performed recently in Milwaukee.

After all, you never know when an international talent might be gone forever. We’ve lost many lesser lights all too soon. 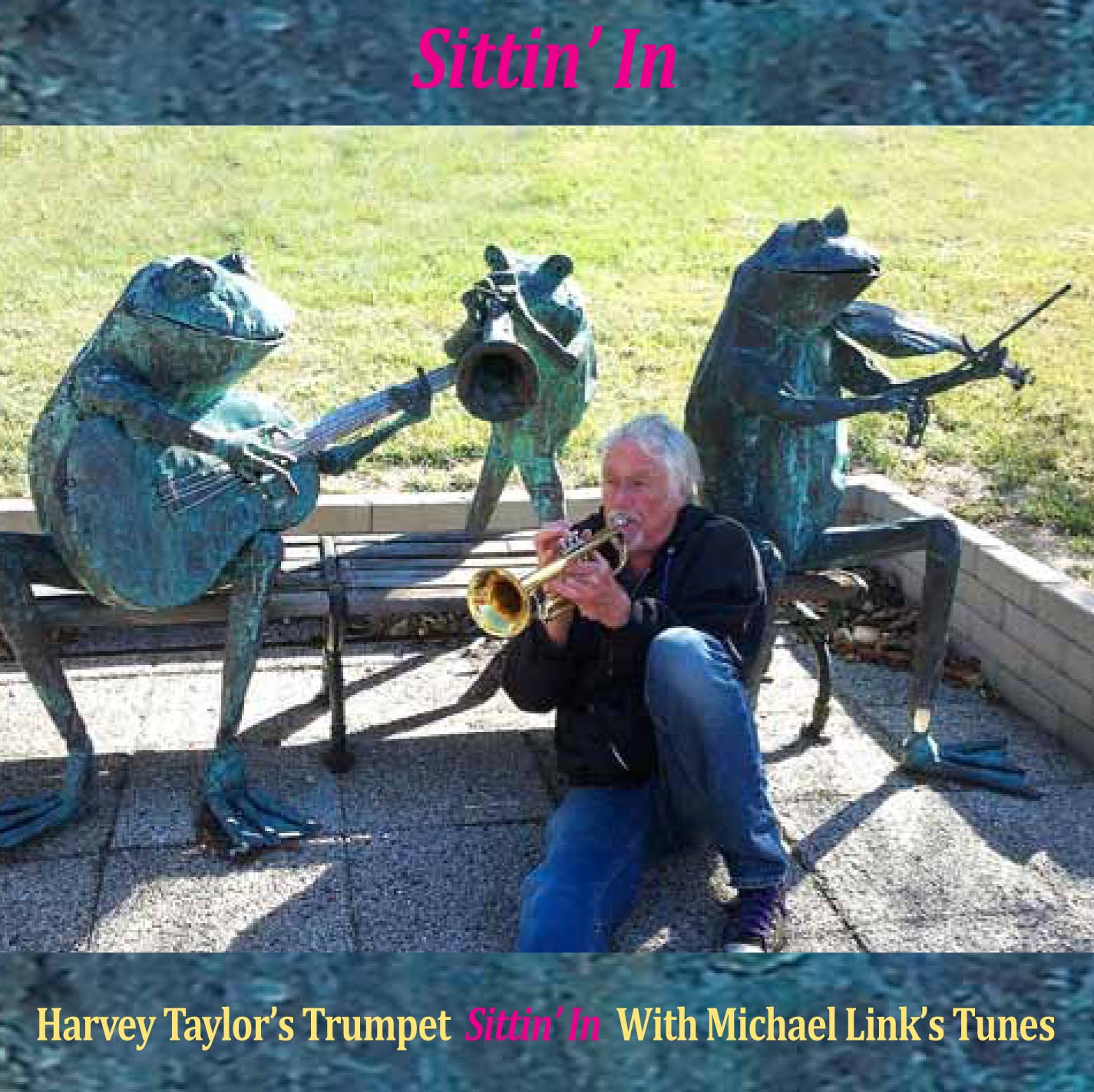 As per the title, this album feels quite informal which reflects one of its most redeeming qualities: likability. It won’t deeply move you, except perhaps onto the dance floor, as a sort of ambient, trance-dance disc. Michael Link imaginatively manipulates electronic rhythmic patterns and textures, especially on the “Vajra and the Whale” which evokes the humpback whale’s song, and the funky mad-inventor aura, provided by guitarist Michael Sullivan, on “Smoke and Mirrors.”

Trumpeter Taylor recalls Miles Davis’ tiptoe-through-the-pop-song-tulips period. He unfurls melodic and faintly mournful phrases, although at times Link’s strong rhythmic pulses call for the trumpeter to take off and fly. Earthbound he remains, radiating amiable warmth; so the music teases your interest, soothes. You feel its quirky underlying pulses and maybe a spring in your step into the day.

For a more full realized imaginative investigation of these musicians’ creative and conceptual potential, listen to the CD A Story for Scheherazade, released under Taylor’s name two years ago.

It’s a colorful and daring reimagining of the great Middle Eastern myth of Scheherazade. Inspired by a trip he took to the Middle East , Taylor aptly feels it has something to teach us “about the possibilities of art to heal, inspired and enlighten” especially in times  “of dreadful misunderstanding and conflict” between the West and the Middle East.

I’ve long felt that our ignorance of Middle Eastern culture is a large contributor to the ongoing geopolitical conflict that’s become an almost intractable quagmire. (Taylor CDs are  available at www.harveytaylor.net).