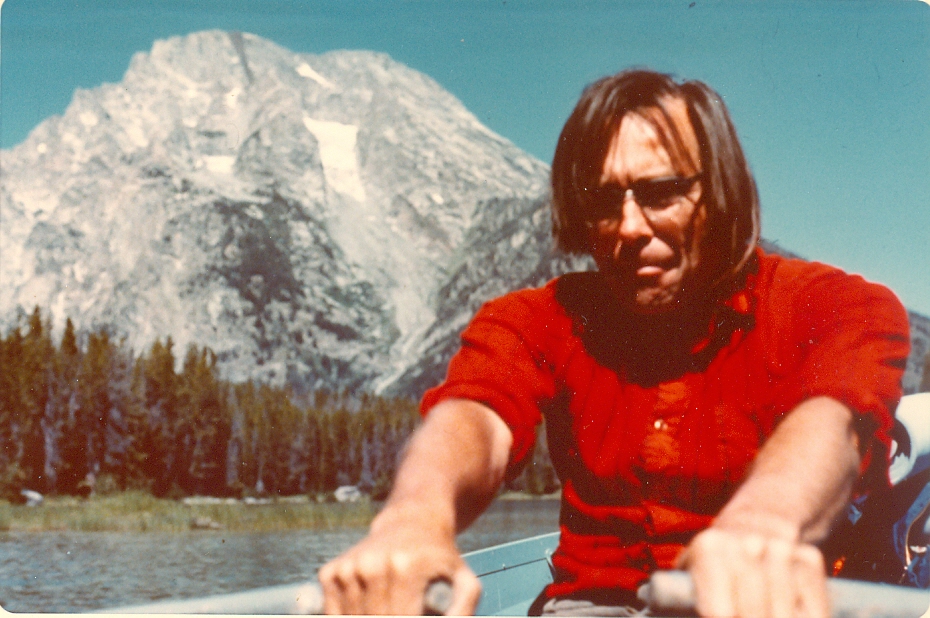 For those of you who’ve read my previous story of the remarkable Bill Briggs, extreme-sport pioneer and Bob Dylan collaborator, here’s a photo of a scene I allude to in the posting.

Briggs is rowing toward Mount Moran in the background. I think it captures some of the intensity and determination of the only person to have ever skied down from the summit of The Grand Teton.

And I think he really does look like singer-songwriter Malcolm Holcombe. Their personalities are somewhat similar as well — intense, a bit eccentric, but essentially sweet fellows.

Also, I incorrectly stated that our Moran climb was in 1973. The correct year was 1976.