Here’s a postlude to the recent Culture Currents review of There’s a Place: Photographs by J. Shimon & J. Lindemann, the marvelous retrospective of the Wisconsin-based photography couple’s work, which recently closed at the Museum of Wisconsin Art in West Bend.

The newspaper piece linked to below was written for Roughneck Grace, a column in The Wisconsin State Journal by noted Wisconsin author, humorist, musician and intermittent pig farmer Michael Perry, best known for his funny and perceptive books Population 485; Truck: A Love Story; and Coop: A Year of Poultry, Pigs and Parenting.  He’s also the leader of Michael Perry and the Long Beds, a quite respectable a roots music group, whose last recording was Tiny Pilot. 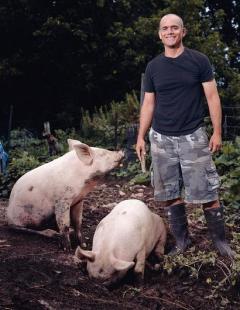 Yep, Perry — pictured here with his amigos — is perfect material for Shimon and Lindemann, though this photo, courtesy of Perry, may or may not be by them. 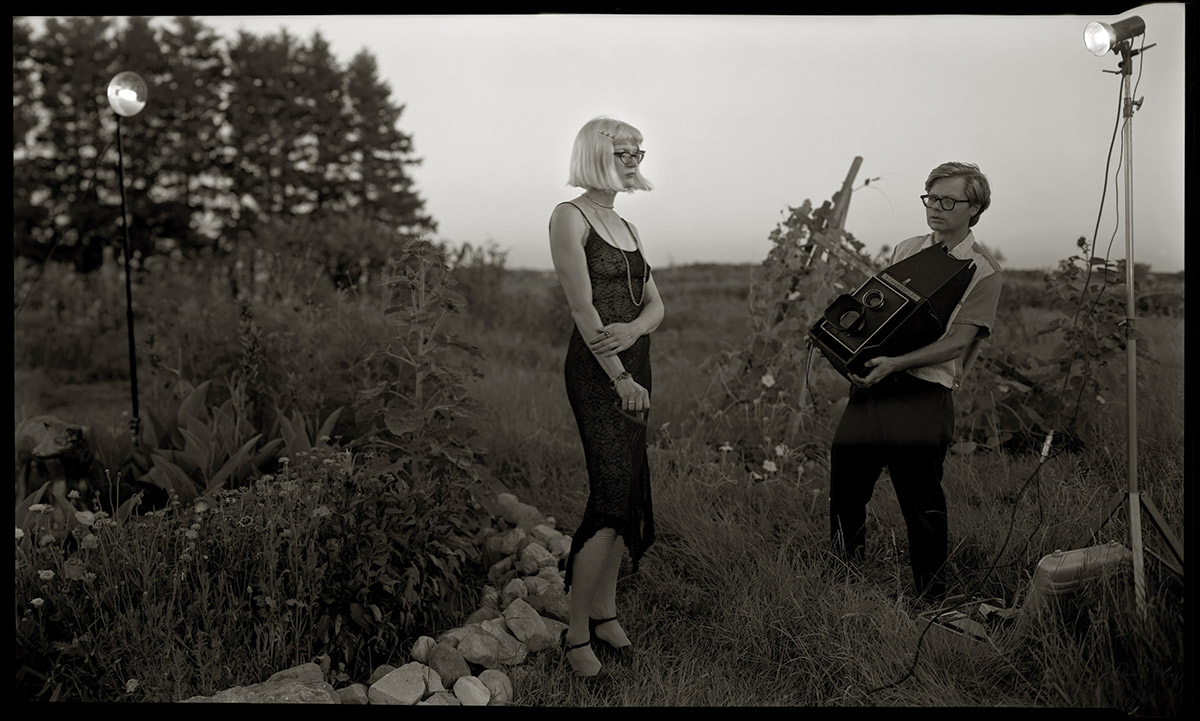 In his column, Perry reflects on the gratitude he feels in his experience of his friendship with John Shimon and Julie Lindemann. I met the couple some years ago while they mounted a photo show, and they struck me as affable, interesting, vital and wholly dedicated to their life, their art and its unusual photographic standards and modus operandi.

Lindemann, as readers may know, suffers from a terminal cancer.

Thanks to my Madison friends Ann and Richard Meyer for alerting me to Perry’s column, which arrived as a clipping in snail-mail today.