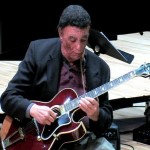 Milwaukee guitarist Manty Ellis, Arts Midwest Jazz Master and founder of the new Jazz Foundation of Milwaukee, will lead his quintet at the Jazz Gallery on Dec. 14.  Courtesy vimeo.com

If there’s a hunk of granite — a man who embodies the foundation of jazz in Milwaukee — it’s guitarist-bandleader-educator Manty Ellis. He’s payed a lifetime’s dues and earned vast respect from, influenced and taught several generations of musicians. His style is deeply grounded in Wes Montgomery and John Coltrane, yet his muscular, rhythmically charged inventiveness draws parallels to James “Blood” Ulmer and  legendary Canadian guitarist Sonny Greenwich.

So it makes sense to see Ellis trying to lay groundwork for the Jazz Foundation of Milwaukee. The fledgling organization will debut with a fund-raising concert by his quintet at the Jazz Gallery Center for the Arts, the community-oriented non-profit arts facility at 932 E. Center St. at 7:30 p.m. Saturday, Dec. 14. Admission is free with a $5 suggested donation. The foundation and the Jazz Gallery are functioning in close symbiosis, with proceeds going to the non-profit Riverwest Artists Association, which operates the arts center. This too, seems a good fit, being a multi-arts venue that has evolved into a serious listening space without a bar and with the addition of a baby grand piano. Plus, the venue’s visual arts exhibits might help contribute to fundraising efforts. 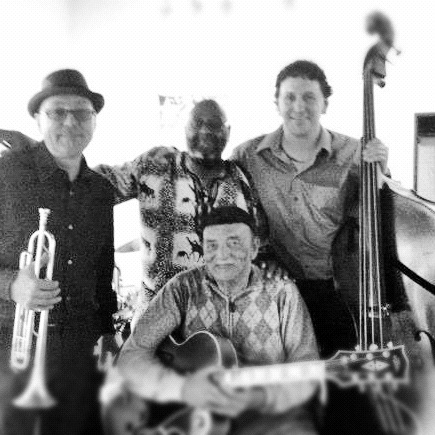 Ellis hopes to draw on the deep historical cachet of this venue’s previous musical incarnation as the Milwaukee Jazz Gallery, a nightclub which presented a galaxy of national and local talent in the late ‘70s and ‘80s. Vintage photographs of famous musicians who performed at the original Jazz Gallery will be on display for the JFM concert. Yet Ellis values the fact that liquor is no longer served here.

“We wanted a place that provides serious listening rather than a bar because we’re dealing with a musical art,” Ellis says. “These are artists we’re talking about, artists worthy of support as well as attention. This group could play at any festival, with any other group.”

Hamann, a musician possessing impeccable swing and technique, is perhaps the city’s pre-eminent jazz bassist, an in-demand clinician and a judge at numerous jazz competitions. He’s has worked with Frank Morgan, Eric Alexander, Marlena Shaw and Steve Allen and in the Wisconsin Conservatory faculty ensemble We Six. He may be best known as the bassist on Michael Feldman’s popular NPR program Whad y’ Know? 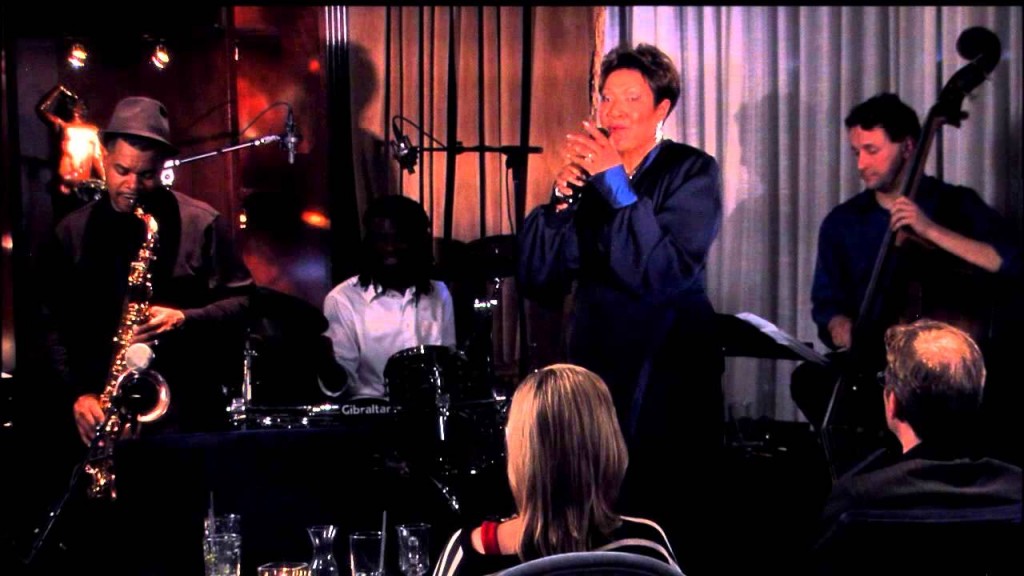 Breiwick is one of the most gifted and ambitious young musicians on the scene, as leader of several groups, including the jazz/alt-rock band Choir Fight, a Thelonious Monk repertoire band called Dreamland, and the more exploratory Lower Lakes Trio. The Jamie Breiwick Quartet’s critically acclaimed recent Blujazz label CD Spirits was recorded live at the Jazz Estate. He’s also a co-founder of Milwaukee Jazz Vision, the musicians’ organization which promotes jazz citywide with concerts and a sophisticated website. 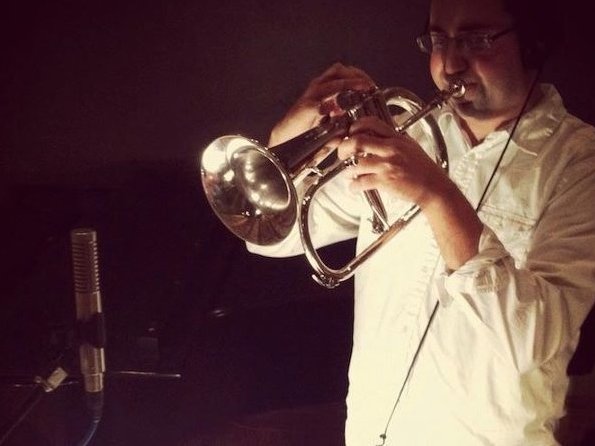 Trumpeter-flugelhornist and Blujazz recording artist Jamie Breiwick will be featured in the Manty Ellis Quintet at the Jazz Foundation of Milwaukee concert on Dec. 14 at the Jazz Gallery in Milwaukee. Courtesy onmilwaukee.com

Fettig is a middle-school band director in Fort Atkinson, and a UW-Whitewater alumnus who’s worked with Gerald Clayton, Roy Hargrove, Steve Einerson and at the Thelonious Monk Institute. Kosut is the other longtime veteran in the group, and currently plays piano for the All-Star Superband, Milwaukee’s leading big band. Drummer Jones is an up-and-comer who gigs frequently at The Jazz Estate and The Highlander with Breiwick, Russ Johnson, Neil Davis and others.

Ellis has been literally instrumental in the development of the Jazz Gallery by overseeing the Tuesday night jam sessions which are built round musicians in the WYSO program and which steadily has gained artistic and popular momentum.

“Last night we had about 40 people there for the jam session and we had several artists doing drawings of the musicians,” says Jazz Gallery director Mark Lawson, who curates the center’s monthly art exhibits and is also gallery curator at the Milwaukee Institute of Art and Design.

The Ellis-led jam sessions have begun to foster professional  advancement, Lawson says. “Some of the young players we’ve had here now have regular gigs, such as guitarist Cody Steinman, who is now performing Thursday nights at the Riverwest Filling Station.”

“If Manty gets this foundation off the ground it will help to facilitate a lot of what we’re try to do, including designating portions of our schedule to particular regular performers,” Lawson says. “We’re ranging from music that is loosely call jazz to a group called Three. Stacks. Eliot, which is a live hip-hop-related jazz band, or experimental improv groups like the Once Now Ensemble, led by Hal Rammel.”

The successful model for the foundation is the The Jazz Foundation of America. Incorporated in 1990, the organization formed due to address the urgency of helping elder jazz musicians in need. This is pertinent in light of our troubled economy and the fact that most jazz musicians go without adequate health insurance or job security through most of their careers. The art form exists in a sort of economic limbo between the far more subsidized classical performing arts and more commercially viable pop musics.

Time-honored jazz musicians have been dying off increasingly in recent years, and the need for support persists in a city like Milwaukee, where most jazz veterans have served as valuable educators to new generations of musicians capable in varying genres of music. The east-coast based JFA has given Ellis, one of its few Midwest representatives, the project of helping revive the Jazz Gallery.

What’s still missing from the hybrid of the new JFM and the Jazz Gallery is sustainable funding.  Lawson knows there are financial “angels” in the community. “It’s a matter of gaining visibility,” he says. “But I’m confident we’ll get this happening.”  He’s encouraged by recent gigs like singer Jackie Allen’s SRO crowd and trumpeter Philip Dizack.

A Jazz Gallery Christmas show featuring singer Donna Woodall, The Jeno Somali Quartet and guest performers from 2 to 5 p.m. on Dec. 21 should help the cause. “Still, it’s a challenge financially without paid staff and when you don’t serve alcohol,” Lawson says. “We haven’t found the economic formula yet.”