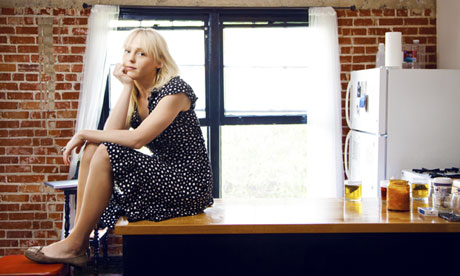 Laura Marling’s ambitious musical journey “I Once was an Eagle,” earned a Top Ten Culture Currents ranking for 2013. Courtesy theguardian.com

The Best Roots Music Albums of 2013

I continued to be amazed by the strong quality and artfulness in vernaculars presumed to be mere “folk” musics.

These rankings make some fine distinctions between albums but the points stick, for me. Tedeschi-Trucks’ extraordinary blues-R&B-jazz-rock collective tops the list for all its musical artistry and exuberance, to bolster the high level of lyric writing one expects of today’s roots purveyors. Vocalist Susan Tedeschi’s clarion calls to the spirit and Derek Trucks’ charged guitar emissions send them driving past safety and sometimes high to the sky.

By contrast, among the honorable mentions, Jason’s Isbell’s widely and justly admired Southeastern, for all its painful poetry, felt too claustrophobic and personal to be universal.

Actually, well-known troubadour Steve Earle deserves a Top Ten slot. He’s the Russell Banks of roots music, a storyteller of dispossessed, working class, suicidal, even homicidal lost souls — and The Low Highway stands as an indictment of our economic and political system.

But for the final Top Ten, I opted for a few still-underappreciated veterans like Rory Block, Mary Gauthier and Robbie Fulks, and to acknowledge the extraordinarily realized promise of Holly Williams and the 23-year-old Laura Marling. 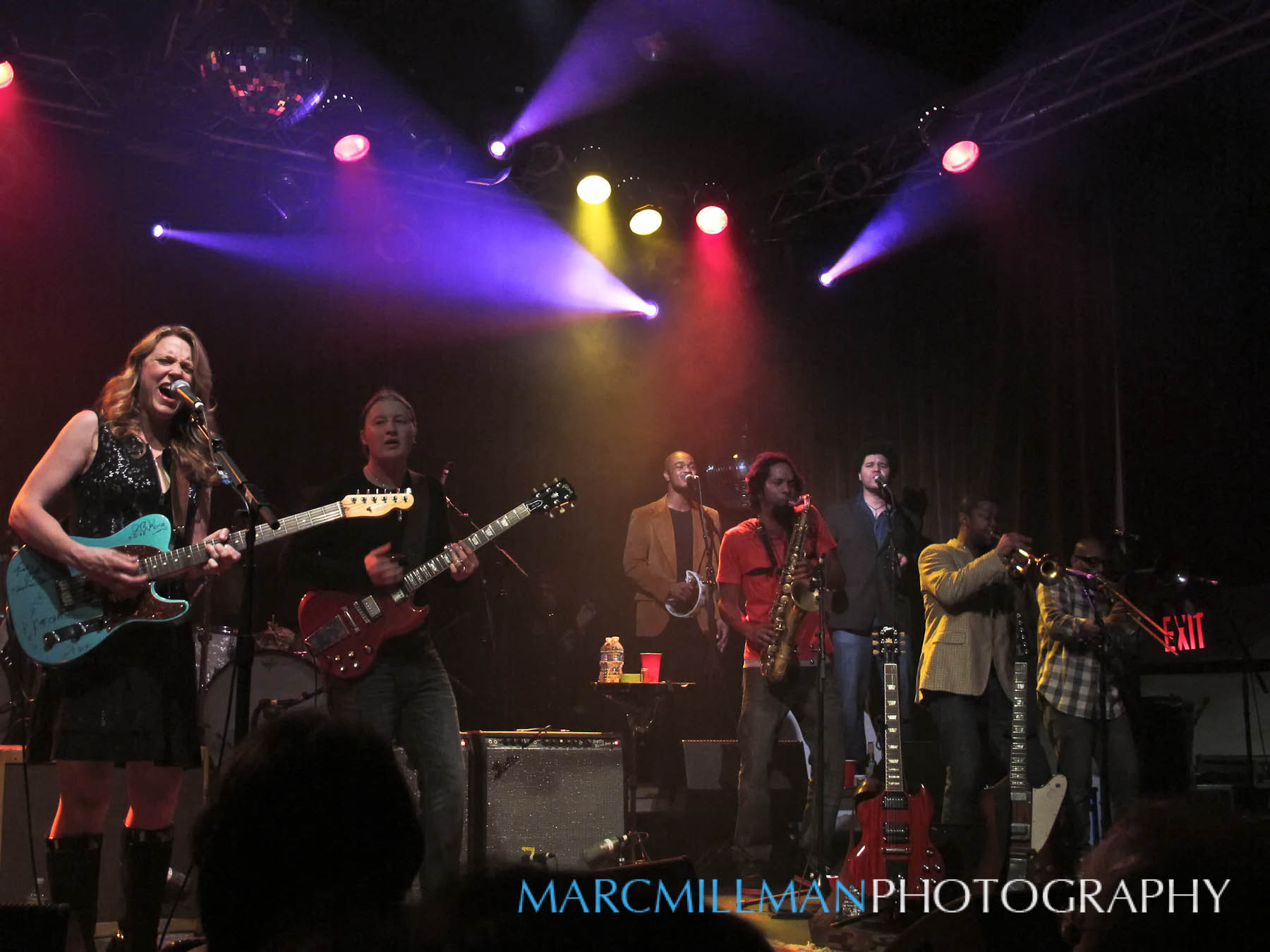 The mighty Tedeschi-Trucks Band live at the Highline Ballroom in New York.

1. Made Up Mind – Tedeschi-Trucks Band (Sony Masterworks) This naturally great live band became savvier in their second studio recording. Does it meet the song and musical peaks of Revelator? The lyric content and musical arrangements seem better contrasted and more deftly woven, no more so than in the dizzying neo-Motown chorus of “Part of Me.” This, razor-sharp, vocals-and-horns wiggle is The Musical Buzz of the Year. Yet in “Sweet and Low” Susan Tedeschi’s agonizingly tender testimony of a naked heart almost dares not disturb its intensifying poignancy, yet it feels exquisitely and piercingly true. The whole album’s top notch, but on “The Storm,” the heart on the song’s sleeve never gets blown off of this Florida hurricane evocation. Rather, the driving Allmans-meet-Hendrix ride-out jam only steels spiritual resolve. In sum, well-crafted songs – including guest co-writers Doyle Bramlett II, Gary Louris and Eric Krasno — adorn a musical monster digesting the souls of eight multi-hued folk, an astounding guitarist and a gifted, heart-busting woman. Hear them roar, and whisper.

2. The Highway — Holly Williams (Georgiana) Is she the best singer in the storied Williams clan? That’s heresy to Hank Williams Sr. lovers. But Holly’s so good a singer because she never bends her powerful pipes beyond the emotional/storytelling point. She’s learned from grandpa Hank and probably Emmylou and Lucinda, but she’s her own dang songwriter: She can push a country trope hard while easing the reins with a taut, heart-lacerating lyric. There’s vocal harmony help from Jakob Dylan, Jackson Browne, a slightly sweet Gwyneth Paltrow and perfect-match Dierks Bentley.

3. My Favorite Picture of You — Guy Clark (Duotone) It’s hard to imagine another performer handling the death of his longtime spouse with more gritty grace than Guy Clark has. He took his favorite snapshot of Susanna and wove a hallowed musical grave for her in the form of melancholy memories with a small flickering light, reflecting the color of her eyes. More than deep sentiments on this date, there’s also shrewd political comment in the immigrant saga “El Coyote.”

4. Honky Tonk — Son Volt (Rounder) Jay Farrar’s singing carries a heft that sometimes feels like a tragic lifetime, but it still strives for the sunlight hiding just outside his soul. Oft-played on my box, this CD personalizes a tribute to Bakersfield honky-tonk, with Son Volt nailing the style’s deft curves and tart accents. Yet forlorn Farrar lures you to follow him, like a beleaguered scout who’s lost his way, but not your faith.

5. Live At Blue Rock – Mary Gauthier (In the Black) Hearing this woman live (which I have) is like experiencing a woman rip off the hinges of the doorway with the force of her storytelling. And when she gets into the room she can lay all the chatter still with the well struck metaphor and guitar chord, plumbing the pain caught out in the rain.

6. Gone Away Backward – Robbie Fulks (Bloodshot). Fulks displays unprecedented musical and emotional range, even given the ironic fatefulness that seems to pervade, from the album’s title to the lyric:It’s a short life and a long time underground, I’ll trade you money for wine. Fulks’ bracing voice, by turns tough and tender, rides music by ace string players like Jenny Scheinman and Robbie Gjersoe. Neo-traditional bluegrass at its best. 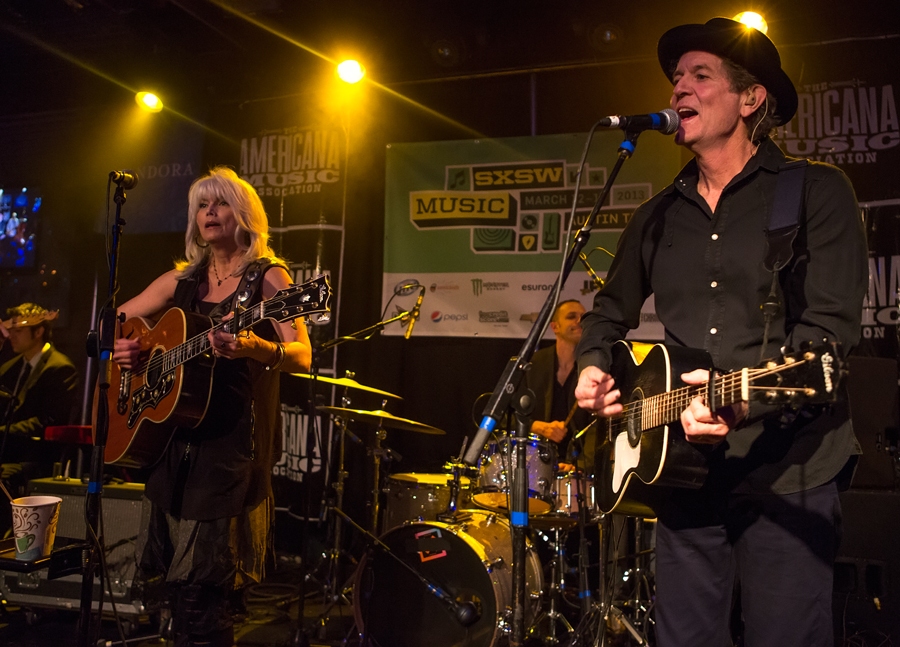 Former Hot Band mate Rodney Crowell reunited with Emmylou Harris for an album and a tour including this gig at Atone’s at SXSW in Austin, Texas. Courtesy artistspicturesblog.com

7. Old Yellow Moon — Emmylou Harris & Rodney Crowell (Nonesuch) This musical match made just west of heaven pairs two voices that entwine and blend gloriously, exposing the wounds of love and life, but with a salve of humor in some extraordinarily rich storytelling, such as Crowell’s masterful “Open Season on my Heart.”

8. Memories And Moments – Tim O’Brien and Darrell Scott (Full Skies) This sounds like the year’s best Appalachian-style front-porch pickin’ and singin’. But there’s no homey self-satisfaction — from the yearning three-part harmony with John Prine on “Paradise” to the restless wayfarer refrain of O’Brien’s “Brother Wind”:He knows me, my brother wind/he’s lonely too/and he takes me away. And you know brother wind’s path is to hell and back; to hear their version of Hank Williams’ “Alone and Forsaken,” worth comparing to Townes Van Zandt’s harrowing live version (from In Pain). But then, hear “Free Again” and “it’s a brand new day.”

9. Once I was an Eagle — Laura Marling (Ribbon Music) British-born Marling channels Joni Mitchell and Pentangle while dwelling deep in her own hypnotic vision. She can imagine being an eagle, while capturing life’s vagaries and specific scenes with that creature’s sharp eye: “Thank you naiveté for failing me again.” From the stunning five-part opening suite onward, the listener moves in and out of simmering eddies. Yet her resourceful band provides vivid contrasts of color and mood that never upend the delicate balance of her ethereal pursuit. 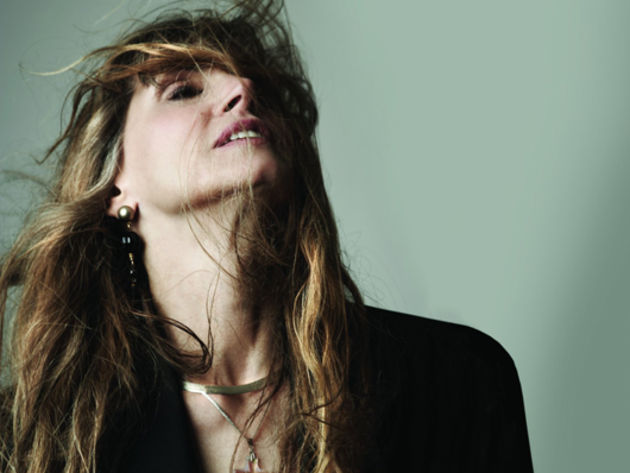 10. Avalon: A Tribute to Mississippi John Hurt — Rory Block (Stony Plain) Part of her country blues masters series, few albums begin with such glowing and heartfelt ode to an inspiring giant. And just as few find pathways to truth like those forged by Mississippi John Hurt.  Ms. Block delivers the thrumming bounce of his guitar and his spirit, thumbing a ride on down the road.