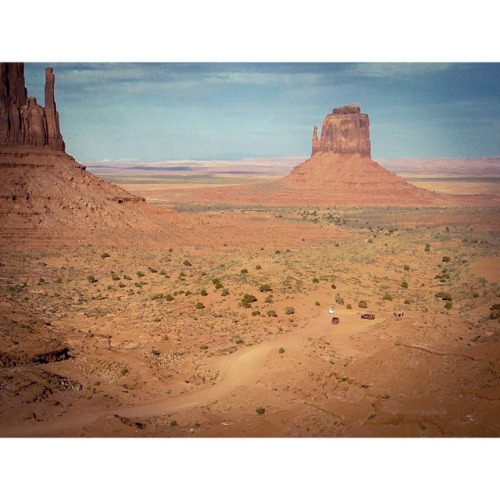 The sacred and stunning beauty of the Dinetah land is under siege from long, destructive coal mining. tumblr.com

It’s a story as old as the massacre of Wounded Knee, if not as overtly dramatic. But see and judge for yourself the human and environmental impact of coal mining in this Native American land.

The short but unforgettable documetary video Mining and Resistance in Dinetah, depicts the Navajo Nation of Dinetah and the ongoing onslaught of coal mining and fracking. The Dinetah includes portions of New Mexico, Utah, Arizona and Southern Colorado.

The indigenous people consider their long-time native land as “a sacred landscape, because it is alive.” Yet it is caught in a steady, deadly spiral, due to the pursuit of profits and energy. The land and its native people have struggled since the Reagan administration deemed this a “national sacrifice land.”

Each year, the mines emit “700 thousand to a million tons of coal particles,” one native Dinetah says in the story.

See how they suffer, endure and resist. And art plays a big role with these people in their struggle to survive.

In the Laura Flanders Show documentary, “Mining and Resistance in Dinetah,” a Navajo woman endures and resists the devestation of her homeland from coal-mining. kcet.com

My gifted young friend Jonathan Klett from Milwaukee, oldest son of my dear friends John and Mary Klett, was primary cameraman and editor for this film for The Laura Flanders Show, where he is a senior producer and co-creative director.

For me, this is the finest documentary Jon’s been involved with to date, because of its power and human truth, ugly and immoral as it too often seems. But especially because the story of these Native Americans – the most under-discussed minority in current politics – shows us the stunning beauty of their home environment, the quiet drama of a land at a crossroads in its ravaged heart.

The region is harsh and austerely beautiful and the intrepid progressive British journalist Laura Flanders, the documentary crew and the Dinetah themselves do so much to show the relationships between those magnificent and nuanced aspects of nature and the courageous people who call it home.

The Laura Flanders Show airs weekly in English & Spanish on TeleSUR and also on KCET/LINKtv and other venues. Get more information at lauraflanders.com