Trumpeter, bandleader and Monkophile Jamie Breiwick will lead Dreamland in a concert of Thelonious Monk music at the Sharon Lynne Wilson Center for the Arts at 8 PM Friday, January 23.

Dreamland will perform at 8 p.m. January 23 in The Dawes Studio Theater of the Sharon Lynne Wilson Center for the Arts, 19805 W. Capitol Dr., Brookfield. For information and to purchase tickets, call 262-781-9520 or visit Wilson-Center.com.

Was it all just a dream? Mystery still shrouds “Dreamland,” but Racine trumpeter Jamie Breiwick is convinced it’s a Thelonious Monk composition, though its provenance remains hazy. Monk is a closely-examined jazz composer, by musicians, writers and scholars. In his exhaustive 2009 biography Thelonious Monk: The Life and Times of an American Original, Robin DG Kelley calls the tune “a bit of a mystery,” as an “old-fashioned ballad that sounds as though it could’ve been written in the 1920s. Monk never copyrighted it, rarely performed it, and only recorded it once…he never spoke about it or explained whether it was just an old song or his old composition.” 1 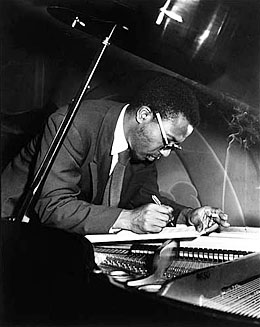 Thelonious Monk, early in his career, when he composed many of his most fascinating and enduring compositions. Courtesy allaboutjazz.com

Unsatisfied with the recording, Monk refused to release it. Monk’s 1971 live solo piano version is listed as “Meet Me Tonight in Dreamland,” a 1904 song by Leo Friedman and Beth Slater Wilson, which doesn’t resemble what Monk plays. “Perhaps it is a sketch for a song he never quite finished,” Kelley speculates. 2

“I realized there is something deeper to Monk and I had to study him further,” said Breiwick.  “Dreamland” is uncharacteristic Monk. Not that the pianist — deemed a radical and atypical bebopper in his early years — was incapable of reaching into the past or romance. His most famous composition, “’Round Midnight,” broods deeply in romantic loss. His playing draws on stride piano, an anachronism to boppers.

“Almost any musician who has depth in their playing has investigated Monk,” asserts Breiwick, also a talented educator. He teaches at Maple Dale School and UW-Milwaukee, and was a semi-finalist for the first-ever Grammy Music Educator Award in 2013. He also co-founded Milwaukee Jazz Vision, which advances and promotes jazz and creative music. Among, those directly fueling Breiwick’s Monk obsession were drummer Drobka, who deftly executes Monk’s hole-in-the staircase rhythms; former Milwaukee pianist Barry Velleman, and former Monk sideman Steve Lacy.

Breiwick also gigs regularly at the Mason Street Grill with Mark Davis, who studied with pianist Barry Harris, who lived with Monk toward the end of the reclusive musician’s life.

“Then, I found in the bowels of the Internet, 20 pages deep into Google, a discussion in which someone said they saw Paul Motian play it at The Village Vanguard,” Breiwick relates. “The chart just said ‘Dreamland.’ Then it said ‘Monk played this.’” Motian recorded “Dreamland” with Bill Frisell and Joe Lovano on the album I Have the Room Above Her. 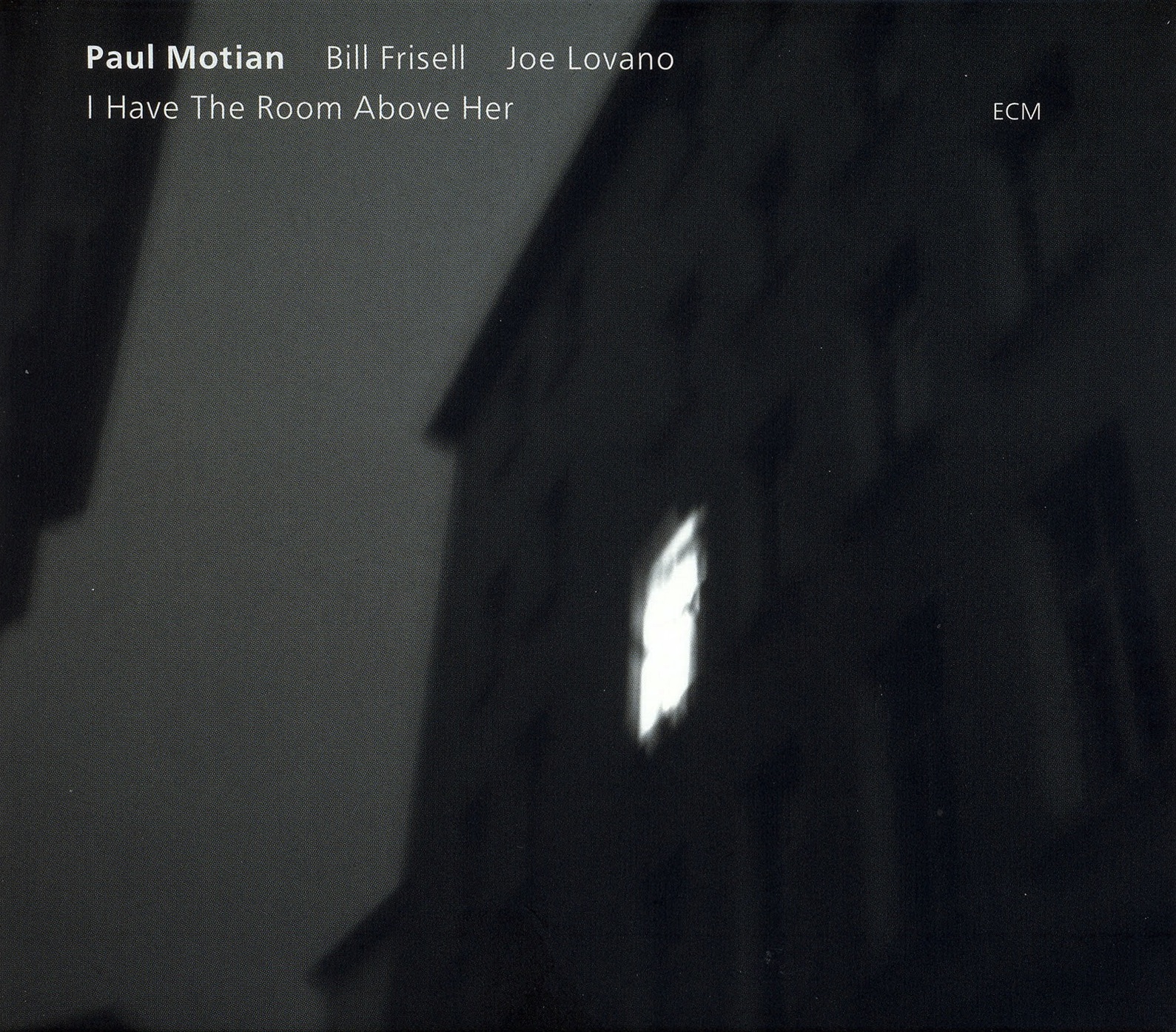 Paul Motian recorded one of the few known covers of “Dreamland” on this album.

“I was drawn to (Monk’s music) because of how it made me play,” Breiwick says. “It takes you out of your comfort zone in dealing with the harmonies. But the tunes are timeless and modern. I can’t imagine what people thought about them back in the ‘40s.”

Soprano saxophonist Steve Lacy understood them, by the 1950s. Breiwick also delved into Steve Lacy: Conversations, a book of interviews with the musician who — after learning, performing, and recording with Monk — dedicated much of his career to the man’s music, starting by making the first recording of it by anyone besides Monk, the album 1959 Reflections.

A crucial recording for trumpeter Breiwick was Lacy’s 1962 album Evidence with trumpeter Don Cherry and the marvelously musical drummer Billy Higgins. Breiwick feels that Cherry had as good a grip on Monk’s slippery rhythmic and harmonic turns as any brass player. This is partly because Cherry, who came to fame with Ornette Coleman, is amongst the freest of jazz trumpeters, so he’s not hidebound by the fast, linear bop conventions that Monk’s sly, mad-scientist structures tend to undermine.

Like Cherry, Breiwick’s thinking and improvising in Monk’s music works more off of motives — or melody fragments — rather than the chord changes, he says.

But conceptually many of his cues come from Lacy, one of the most interesting and allusive thinkers in jazz, who often collaborated with poets and painters. 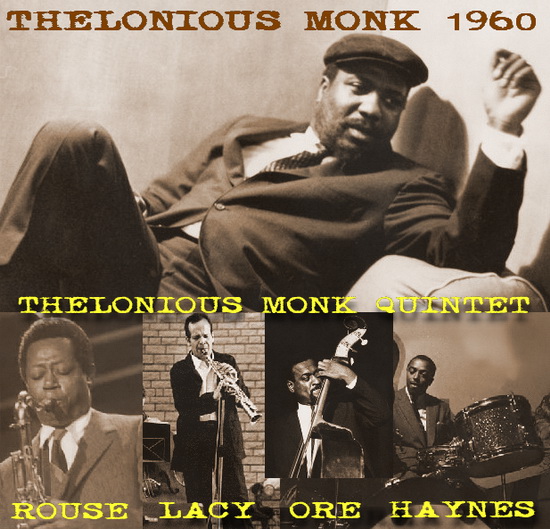 Soprano saxophonist Steve Lacy made this recording with Monk, and became one of the most probing investigators and interpreters of the man’s sometimes mysterious music.

In a sense, a typical Monk composition seems dreamlike. It consistently takes odd, seemingly illogical turns, and often uses shadows of silence. Yet it invariably coheres, and sometimes haunts the listener, as a captivating — if strange and often humorous – tale of rhythmic, melodic and harmonic intrigue.  One tune is called “Misterioso.” Another,  “Evidence,” with more silence than notes, sounds like a zombie skeleton, slowly gaining speed. Though reflective-sounding, “Dreamland” obliquely fits the Monk scenario.

When Breiwick refers to “any musician of depth,” I think he has foremost in his mind saxophonist Steve Lacy, whose incisive, spatial horn approach to Monk he is studying intensively.
Lacy was a student of jazz, of the arts, of philosophy and most especially of Monk’s music. During a short stint with Monk in 1960 he became a functional acolyte, and used a ring-bound notebook which he filled up with Monk’s wise, sometimes pragmatic and sometimes enigmatic utterances.
Departed Pianist Barry Velleman, the best Monk interpreter I’ve ever heard among Milwaukee musicians, not only influenced Breiwick but gave him a copy of Lacy’s Monk gleanings, which are now widespread on the Internet. (see Lacy’s hand-written page below).

Before even joining Monk, Lacy recorded two challenging Monk pieces on his own album The Straight Horn of Steve Lacy. He followed that with the all-Monk album Reflections: Steve Lacy plays Thelonious Monk In 1958. That album includes Mal Waldron on piano, whose sensibility and mentality hewed as close to Monk’s flinty sort of rhythmic cubism as any of that generation of pianists. 3

Evidently, Reflections impressed Monk enough that he hired Lacy, who had previously played with the extremely challenging and liberating avant-garde pianist Cecil Taylor. Taylor once took his entire band, including Lacy, to see Monk group perform, according to Monk biographer Kelley.

By the time Lacy went in to the studio to record Reflections, “he had learned about 30 monk tunes and listened to Monk records hundreds of times.'” 4

Lacy continued investigating, playing and knowing Monk’s music in so many ways, throughout his career including several striking recordings with a piano-less quartet with the great trombonist Roswell Rudd, notably School Days, which Breiwick has discovered and examined.

Lacy seemed to pursue a studied inference, suggesting that you can never fully master the music, just get closer to it, to approach Monk’s almost Buddah-like presence as part of your body, hands and spirit. Lacy also intensively studied the Chinese philosopher Lao Tzu, and the philosophic process of the Tao, which is “an active and holistic conception of Nature, rather than a static, atomistic one.” 5 The Tao or “The Way” is circular in its formal sense, best signified by the frequently reproduced symbol, called Taijitu: 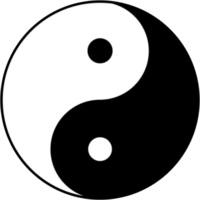 As Lacy said to interviewer in April 1965: “I’m a big one for words. I’ve read a lot, especially by and about artists. So I have a head full of notions, and that isn’t always good, you know. The instinctive silent life is beautiful too. It has advantages that the other doesn’t.”

Interviewer : Is this Monk’s life?

It’s funny that you should say that, because I was thinking about Monk, although he’s more articulate to himself than most people realize. He doesn’t feel it’s necessary to verbalize, and he’s right. If you got him at the right time, you’d get a lot of meaningful words with a lot of silence around them. You’d have to leave the silence around them, or you would spoil the proportions.” 6

So Lacy understood that the pursuit it is both a formal study, and an intuitive one. Breiwick, who listens to a wide range of creative and popular music, seems to understand that balance as well.

In fact, Lacy’s pan-cultural study, at one point, turned on Monk himself.
During a big-band rehearsal of Monk’s music, Lacy once informed him “that he was listening to ‘Eskimo music … the wildest African shit you’ve ever heard, Chinese music… even the music of porpoises.”
Monk then explained to the group, “They say if you can ever make a tape of a porpoise and played it back, down slow enough, it is the same as the human voice. They are so close to the human species. Because they had the same box here (pointing to his throat).”

Monk then continued to expound about how porpoises have the rare sonar ability “to sense everything around them,” biographer Kelley writes. 7

One of Monk’s koan-like utterances was “always know,” a play on words which you can read as “all ways know.” That notion opens one’s mind up to new angles and, it would seem, all the spaces and silences between them.

In his under-appreciated 1997 biography of Monk, Laurent de Wilde wrote:
“Monk is everywhere at the same time. His mastery of time is such that he seems to be emancipated from it. And the silence that he uses with such finesse is not really the suspension of time, as it is for that other master of understatement, Ahmad Jamal, nor the supreme and minimal form of elegance it is for Basie. On the contrary, it is a necessity which dazzles the ear. No, the silence is only a portion of his total music, all the more striking because it is unique. It is a creative tool, sort of audible and quantifiable phenomenon which is assigned a much rarer riskier enterprise: that of inventing time.” 8

Is Monk’s saying “all ways know” merely the kernel of a bud of circular reasoning, or something else, that reason knows not of? Like the Tao? Or the sonar mind of porpoises?

Or did he set out to reinvent time? Just maybe, Dreamland will reveal some answers. Welcome to the waking dreams of Thelonious Monk and Jamie Breiwick. 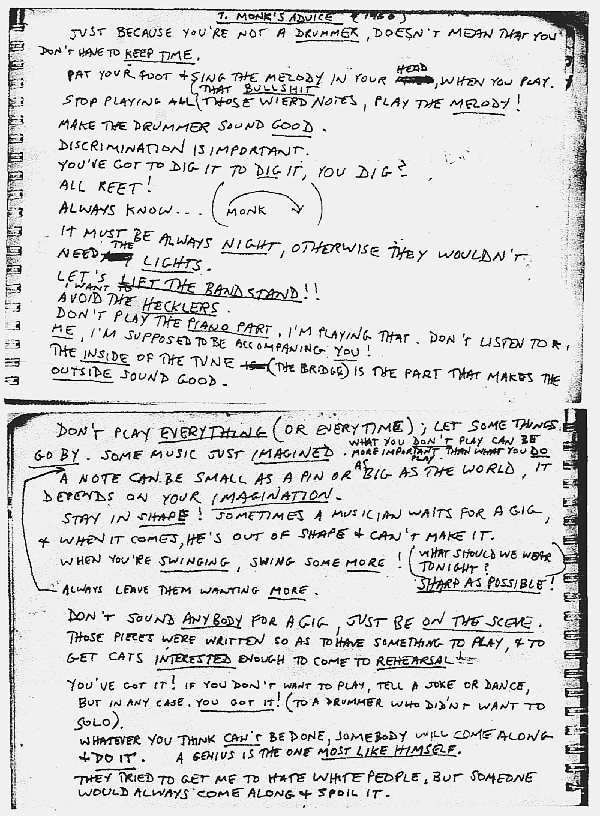 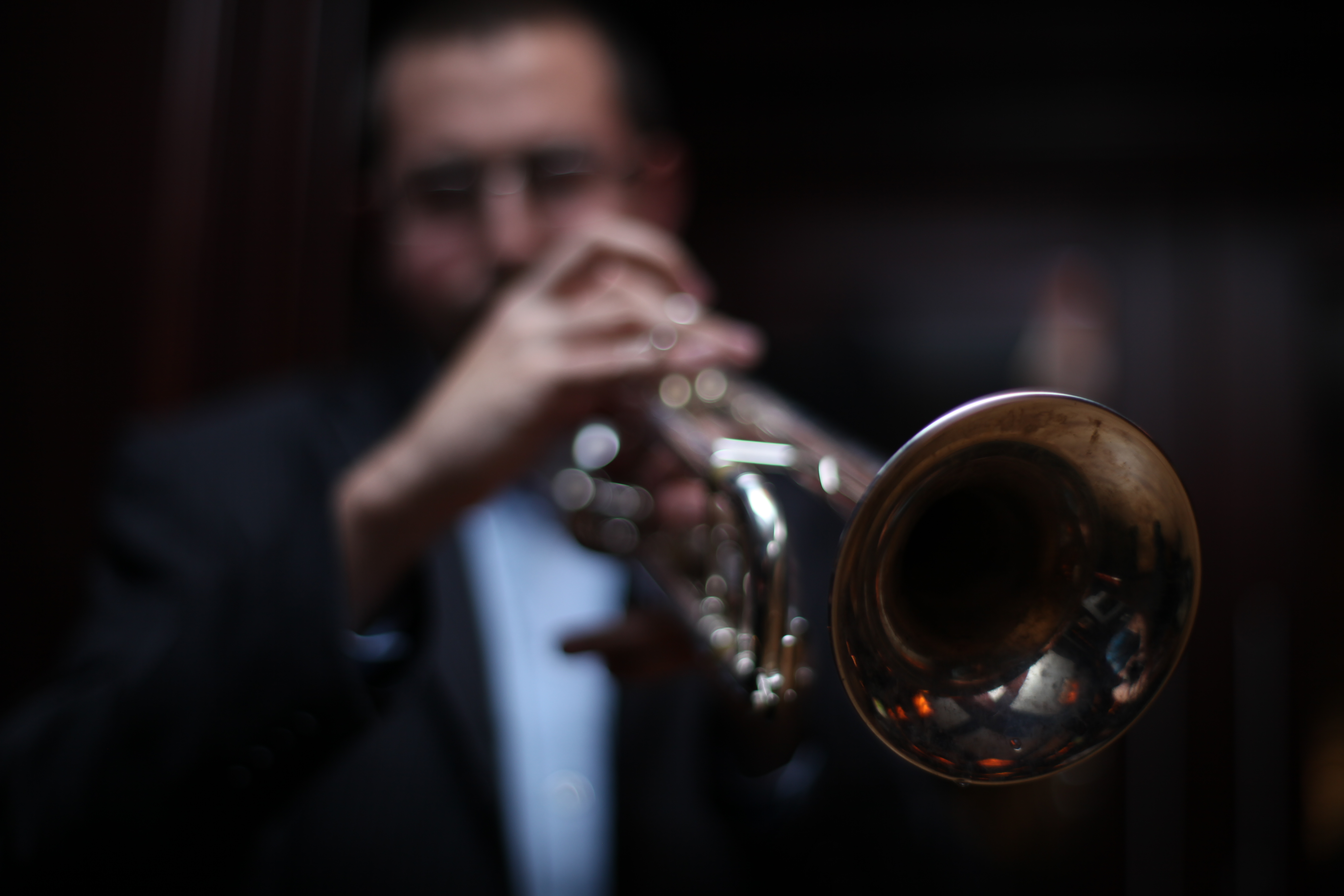 Photos of trumpeter Jamie Breiwick (top and bottom) by Bryan Mir, courtesy of the Sharon Lynne Wilson Center for the Arts.

Image of The Tao or Taijitu courtesy chriscorrigan.com.

3. Lacy’s first Monk album, Reflections, is now available on a two-fer CD titled The Straight Horn of Steve Lacy, coupled with Lacy’s third album as a leader, on Solar Records. Among other Lacy recordings that investigated Monk are: Evidence with Don Cherry on Fantasy/New Jazz; School Days, with Roswell Rudd on Emanem; Monk’s Dream, a  2000 quartet recording with Rudd; Only Monk and More Monk, all on Soul Note; and We See: Thelonious Monk Songbook on HatOLOGY; and a live 1962 duet album I Remember Thelonious on Nel Jazz, with Mal Waldron (who’s stuck with a bad piano).

5.http://en.wikipedia.org/wiki/Tao In 2004, Lacy’s group recorded a two-CD “free jazz” interpretation of The Tao called The Way, on HatOLOGY.

A shorter version of this article was published in Shepherd Express at http://expressmilwaukee.com/mobile/articles/articleView/id:24755