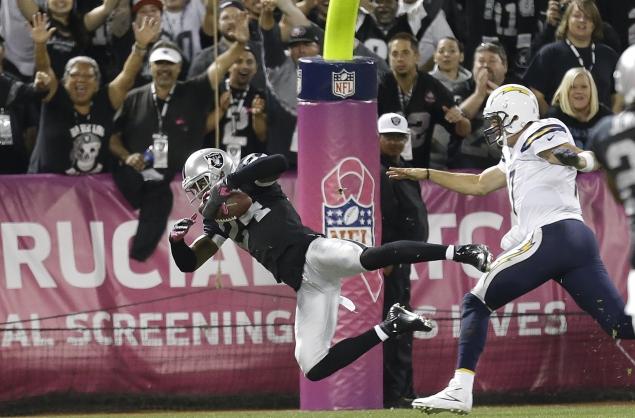 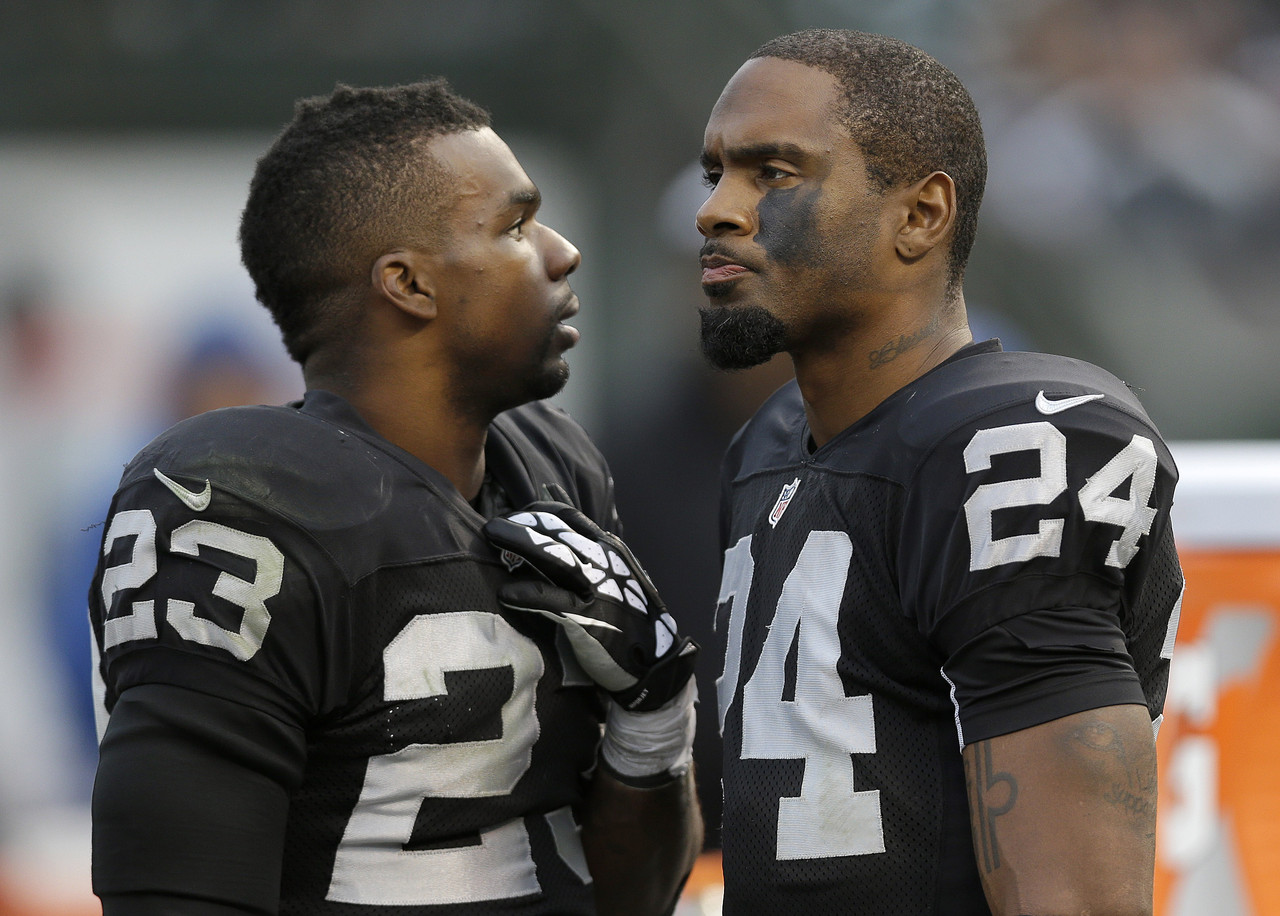 Raiders strong safety and NFL Hall of Fame shoo-in Charles Woodson (top) shows his athletic prowess with a pick of Chargers QB Philip Rivers last season, after the Packers determined he was over the hill for their youth-oriented roster. Courtesy news great.org
Woodson, with Tracy Porter (above, in 2014), remains a vocal and action-oriented team leader. Courtesy gallery hip.com

Noting that a posting from last November about football great Charles Woodson is among my most frequently viewed posts lately, I decided to update the piece, for your consideration, in honor of Woodson, one of my four favorite Packers ever.1 My revised post starts with a story about the Packer-Bears game this Thanksgiving.

He was named AP Defensive Player in the Year with the Packers in 1997, and was absolutely crucial to the Packers winning the Super Bowl in 2010. But the longtime shutdown corner back lost a step as all players do over time, and was evolving into a mastermind and skilled safety.

Had he stayed in Green Bay, he would’ve played safety better than anyone the Packers have installed at that position since he left. A sometimes uncanny playmaker, Woodson forced three fumbles in his first season back with the Raiders.

Even playing with a bad shoulder against the Packers last week, he had a forced fumble and made a terrific tackle behind the line of scrimmage, which unfortunately re-injured his shoulder. Yet he was back in the game shortly afterwards. His skill set and knowledge of the Packer offense allowed the Raiders to play him as a single deep safety so they could crowd the box and effectively shut down the Packer running game, which had trampled the Cowboys the previous week. And Woodson has two more games to add to his career totals.