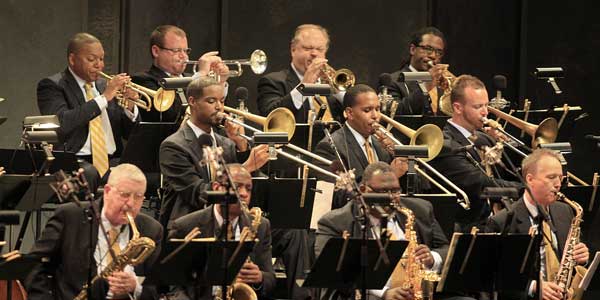 Despite his international renown, Wynton Marsalis (left, back row of trumpeters) was as generous with his band members as he was with his musical bag of seasonal goodies, for the “Big-Band Holiday” concert at the Marcus Center for the Performing Arts Monday night. Courtesy latimesblogs.com

This season fits polymath Wynton Marsalis like a big white mitten. The artistic director of Jazz at Lincoln Center totes nine Grammy awards, a Pulitzer Prize, a bounty of celebratory musical goodies to share in spirit, as might the most soulful St. Nick.

He opened Milwaukee’s Christmas season with his orchestra of 15 elves who came across as a lot more than Wynton’s helpers. He’s likely the most celebrated living jazz musician but he splintered the spotlight into 15 different fragments, illuminating each member while perched in the back row with the other trumpeters. No ostentatious conducting, yet he’s mastered the jazz orchestra idiom, no doubt.

He also shares an astonishing wellspring of historical knowledge. Some critics consider him culturally retro, questioning how he uses his power to influence music. This night it felt like plumbing the past’s depths and bringing it on home, to now. The African-American bandleader certainly silenced those who once blamed a lack of diversity in the orchestra, with a handful of caucasians and Latino bassist Carlos Henriquez. 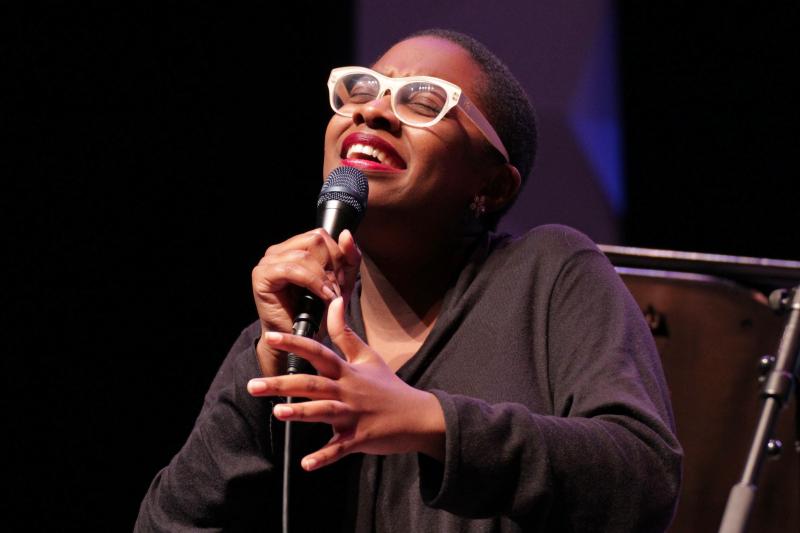 On “Have Yourself a Merry Little Christmas,” Salvant’s voice glided over piquant trumpet harmonies, her tones stretching like taffy. During “It’s Easy to Blame the Weather,” her supple singing slipped behind the beat like an eel, evoking the great Betty Carter.

For one of the band’s most ingenious renderings, “We Three Kings of Orient Are,” horns evoked mewling, mooing animals gathered in a tattered percussive structure, evoking the animals and manger at Christ’s birth. Arranger Ted Nash still retained the song’s shifting sands of middle-eastern minor modality.

On the venerable “White Christmas” a muted trombone swung righteously, garlanded with seasonal trinkets of tinkling piano and chiming bells.

Several tunes Marsalis described as “Negro spirituals” and he noted how we’ve come far since the days when the director of the black Fisk Jubilee Singers was almost arrested for playing a “Negro folk song” like “Go Tell It on the Mountain” at his own university in 1907. Marsalis updated it appropriately, noting the song’s importance to the 1960’s civil rights movement. 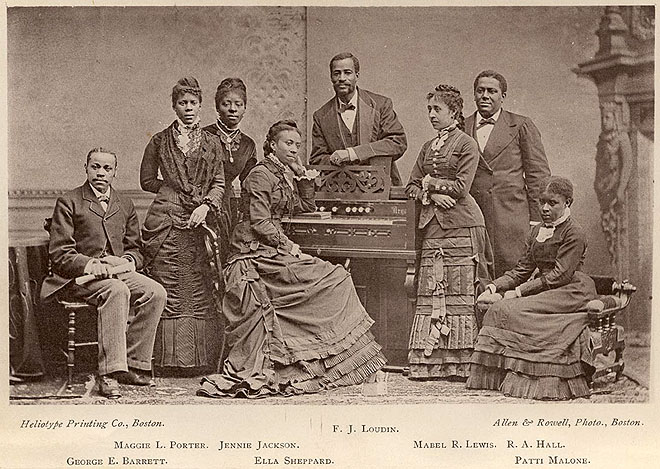 There was even something special for Milwaukee homers in Marsalis’ bag. Brew town pianist Dan Nimmer got a highlighted solo and delivered a rippling attack of sculpted, big-band style piano. Past master Marsalis, whose father is also a musician-mentor, made sure Nimmer’s parents in the crowd of 1,300 got a hand, and acknowledged the parental imperative of musicians: “You did not waste your money on these lessons.”

Finally Marsalis’ large group exemplified the democratic principle that jazz is about ideas and feelings coming together, and sharing the wealth of humanity’s hard-won efforts. All band members spoke their piece and everyone shared a peace, wind-blown and bluesy but warm and swinging.

Here’s a video of Cecile McLorin Savant singing the Richard Rogers classic “I Didn’t Know What Time It Was”: https://www.youtube.com/watch?v=G99FfalLFWQ

This review was originally published in The Shepherd Express: http://expressmilwaukee.com/article-24472-jazz-at-lincoln-center-orchestra-with-wynton-marsalis-and-cecile-mclorin-salvant-a-marcus-center.html