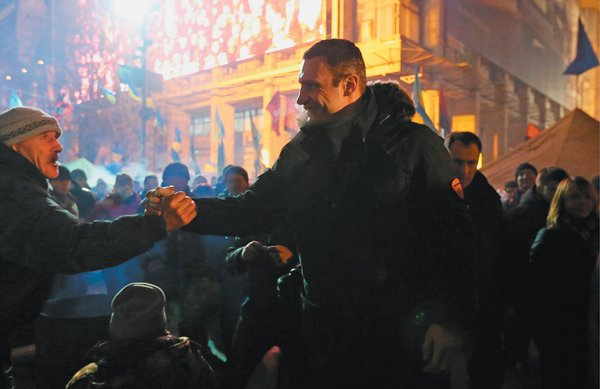 Culture intersects naturally if uneasily with politics, which is why I’m compelled to note a few important readings I’ve done in news and cultural journals in the last few days because they resonate across our cultural spectrum.

First, the seemingly indispensable New York Review of Books, offers up the most troubling and compelling single piece of contemporary geopolitical and historical journalism I’ve encountered in quite some time. The operative word of the title is fascism as in “Fascism, Russia, and Ukraine” by noted Yale history professor Timothy Snyder. He zeros in on the current geopolitical crisis in Crimean Ukraine with chilling insight into how Russia (read powermonger Putin) and the Ukrainian government have conspired in asserting a far-right policy of so-called Eurasianism, as a serious and seemingly far-reaching political saber rattle with the European Union.

Snyder describes insidious creeping racist fascism in the mounting movement, including fairly virulent anti-Semitism and other racial hatred including advertisements showing “dark skinned people eating watermelon and throwing the rinds to the ground,” and calls for gays who die in car crashes “to have their hearts cut out.”

He also explains the complexities of these ideological deceptions wherein we find the new and politically savvy fascists labelling their protesting and opposing contingencies as so many Nazis.

“What does it mean when the wolf cries wolf?” Snyder asks rhetorically. “Most obviously, propagandists in Moscow and Kiev take us for fools – which by many indications is quite justified.”

One of his concluding points: “The current Russian attempt to manipulate the memory of the Holocaust is so blatant and cynical that those who were so foolish to fall for it will one day have to ask themselves just how, in the service of what, they have been taken in?”

It brings to mind Hannah Arendt’s still-controversial and yet seemingly provocative comments about “the banality of evil.” Evil seems less banal today yet still conspires, in its new ways, to politically anesthetize us.

I urge you to read Snyder’s piece, contemplate it, and act as you see fit.

Also, in the latest Sunday Review of The New York Times columnist Nicholas Kristof has an interesting quiz called “Do You Speak Dictator?”
It parallels Snyder’s concerns that international geopolitics are so chaotic and rife with corruption and moral compromise that we need maintain our guard more than ever. It’s a sad commentary that Kristof’s number two question — which leader has the higher domestic approval rating, Putin or Obama? — will reveal that Putin, after stealing Crimea rates higher with his public than Obama, after achieving quasi universal healthcare.

The quiz is an engaging work of cultural-political byplay, rife with urgent meaning: