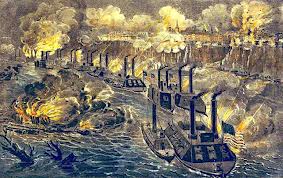 Happy Independence Day. Today means many things to Americans and to people around the globe for sure. I think of the phenomenal military and political feat of liberation that the colonists and the founding fathers pulled off,  against a massively better-armed foe. How many of them could’ve imagined what stands today, the greatest country in the world, despite its deep and troubling flaws.

I suspect the biggest thinkers among them, Jefferson, Franklin, Adams and Washington, dreamed of something like this. But what counted was their freedom, opening the door to a redefinition of living democracy for modern times.

And yet, this July 4 is worthy of remembering the other great war fought on our own land. It is the 150th anniversary week of the two Civil War battles, Gettysburg and Vicksburg, that turned the heartbreaking stench of defeat into the first glimmers of victory for the Union and for the emancipation of slaves. 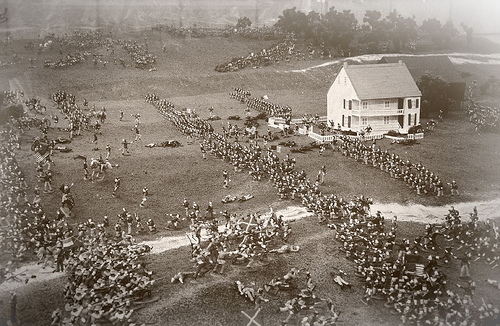 The Gettysburg battle unfolding around a soon-to-be finished railroad track, which the North fought for control of.courtesy adventresults.com.

My story, published in the latest edition of the Shepherd Express, delves into Kenosha’s Civil War Museum exhibit concerning this historic turning point, with a strong Wisconsin storyline. I hope you enjoy it:

(By the way, you can make a day of it in Kenosha by also visiting the dazzling Dinosaur Discovery Museum and other attractions, highlighted in a separate SE feature.)

What we should never forget is the human cost of war, and that war’s death and suffering was as a terrible as any this nation ever fought, as evidenced by the this photo, taken after the hellish three-day Gettysburg struggle. 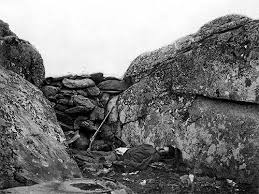