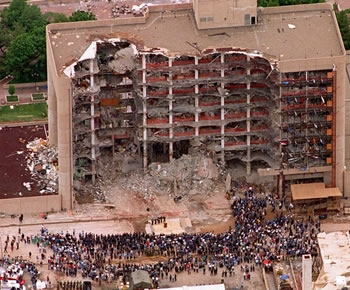 Reflecting on my previous post about call and response at the Democratic convention (and calling out as always to you, dear blog reader!), I was struck by the news analysis of Thom Shaker and Eric Schmitt in the New York Times Sunday Review section, p 6. It clearly demarcated this Tuesday’s 9/11 anniversary by addressing a post-traumatic consciousness that can’t be adequately addressed by the killing of Osama bin Laden. 1

We like to think — we desperately want to believe — we will never see violent terrorism comparable to the destruction of the World Trade Center. It’s the desperation of The Falling Man in each of us. This is deeply ingrained in the message of hope that President Obama invoked bravely in his convention acceptance speech. Understandably he avoided a direct reference to the tragic day because ridding the world of its mastermind bin Laden is a signature accomplishment of his first term.

But how do we live with the horrible spurts of violence, much of it by domestic terrorists, like that in my own community recently, where a deranged neo-Nazi murdered Sunday service worshipers in Oak Creek? That the killer misidentified — willfully or not — the Sikh worshipers as Islamic shows how sociopathic and Islamophobic American response to the post-9/11 era can still be.

The authors of the Times piece analyze whether America has a sufficient strategy for terrorist “resilience.” This involves ways of addressing matters of internal security in domestic business practices, but must inevitably extend to a collective psychological strength, well-being and, yes, sanity.

The Army now has a Comprehensive Soldier Fitness program to teach soldiers how to be “psychologically strong in the face of adversity, such as combat,” the article said. The training classes are available to family members of troops as well. The University of Pennsylvania helped design the program, which also focuses on “post-traumatic growth” as well as personal and family emotional fitness.

I’ve never been big on the post-9/11 Homeland Security Department, but perhaps it’s beginning to get some things right in his priorities. The article concludes with a telling anecdote about Oklahoma City’s response to Timothy McVeigh’s 1995 bombing of the Alfred P. Murrah Federal Building, which killed 168 people, including 19 children.

The authors point out that this capital of one of the “reddest red states” in the nation, “hardly a bastion of tax-and-spend ideology,” has twice extended its sales tax increase to raise hundreds of millions of dollars to rebuild and improve a town “brutally scarred by the bombing.”

What’s inspiring to me is the cultural enlightenment that grew out of this tragedy. Shanker and Schmitt report that Oklahoma City’s civic healing renovations included a performing arts center, library, a baseball park, public schools, a convention center and a river walk — now home of the United States Olympic rowing team. Having a young playoff-caliber NBA team doesn’t hurt the city either.

The city revitalized and recovered by accepting local and national governmental roles for vital social and cultural infrastructure — in a way that survival-of-the-fittest Ayn-Randian vice-presidential candidate Paul Ryan could not fathom.

“We showed you are not going to destroy this country coming in here and trying to blow us up and terrorize,” said Ronald Norick, the city’s mayor at the time of the bombing. “It’s not going to work. It’s gonna make us come together.”

Norick seemed to invoke The Falling Man and terrorism of all kinds in his sweepingly bullish statement. I will be fascinated to see how Oklahoma City votes in the upcoming presidential election.