Charles Pierce of Esquire magazine, now also frequent commentator on political cable talk shows, often gets things as right as a journalist can. He frequently does so with the delightfully snarky exasperation of a person who suffers fools as gladly as an passenger plane pilot would hand the controls to a Trumphead — drunk after a rally of cheering Donald’s “reality” fantasies and minority bashing — his rifles and pistols clanking under, or over, his clothes.

“And Trump’s back on campus, saying things like this (about Hillary Clinton):

Jesus H. Christ on a firing range, how many times is he going to say this before someone hits him with a polo mallet for being such an absurd man? Presidents cannot abolish constitutional amendments. Only the people, acting through their elected representatives, can do that, and the process can take years before it finally fails. (The folks who used to be pushing for the ERA can give him some tips about how that can go.) 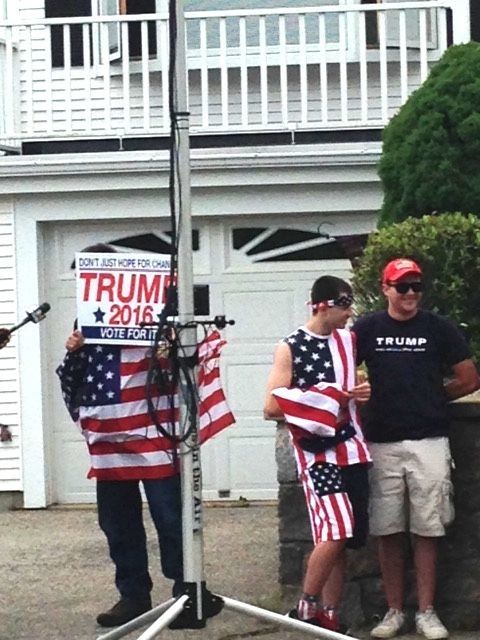 I’m looking at the political landscape and, quite honestly, I don’t see three-fourths of the states agreeing to touch the Sacred Second…

Pierce notes one way Trump tries to “distinguishes himself” with business savvy from the Democratic presidential nominee.

“He accused HRC’s immigration proposal of costing too much money that could have been better spent fixing our roads and bridges. Of course, this was after proposing a vetting process that would cost billions of dollars, proposing  to fight wars all over the world, and proposing to increase the workload of  the intelligence community. Unless, of course, he figures that, as president, he can get them to do the work and then stiff them on their bills. I don’t think the usual business plan will fly with, say, the Marines.

“This, once again, was the Presidential Trump. (Look! A teleprompter!)  It was silly in January. It’s sillier now, but infinitely more dangerous. How in the hell did we get here? Our lines are open.” 1

For some, Donald Trump may seem to be self-destructing in a haze of helpless narcissism and conspiracy-mongering. But you never know what will happen in this crazy year. He is “infinitely more dangerous now” because he theoretically could be president. And the combustible unpredictability of the world shows there’s always potential for Republicans to exploit fear in their Gothic and perverse ways. And for this theoretical president to react as erratically as any unknown threat from anywhere on the globe or from a natural disaster.

Trump seems to embody many of those twisted motives and behavioral traits in one man. Yet he’s “persuasive” because some people want to buy his “product” on his terms, which to them smells like Trump steak on the grill. Why are supporters like those above pictured smiling? They don’t seem interested in much more than the sizzle teasing their nostrils. They, like Trump, don’t appear interested in the facts of our domestic politics or international relations, or our fight with radical groups like ISIS, which prey on fear and the mental illnesses of America, such as this vast collective obsession with guns. Another horrible mass murder — of 49 gay people — and gun fanatics stumble over each other to buy the same assault weapon in a chilling mimicry of the killer’s recent purchase. They fear possible restrictions on their “right” to buy and shoot these war weapons — regardless of whether they constitute any imaginable “well-regulated militia,” as the Constitution specifies for the right to bear arms.

Yes, that’s a base hunger the gun-slobberers — not honest, decent hunters — want to satisfy, and then all will be well, America will be “great again.” Yet how much “greater” can we get when it remains business as usual for a kow-towed Congress, the gun industry and the NRA. How does no change on common-sense gun safety make us “greater” than we are now?

And we also know that groups like ISIS prey upon clinically mentally damaged individuals like the Florida killer, who are easily swayed emotionally and psychologically — even if ideologically confused “lone wolves” like him — through social media. It is like our worse angels flitting from shoulder to shoulder through their seemingly empty heads. And what would that first great Republican president, who gave the notion of “our better angels” timeless resonance, think of these small Republican politicians, lining up behind such a man, even if they are oh, so quietly kicking and screaming?

Would grandly melancholic Lincoln imagine that Jesus Christ, were he alive today, would be pumping clip-after-clip of AR-15 bullets into a bull’s eye-adorned bale of hay, while fantasizing over a dirty fed or an Islamic radical?

One only hopes that intelligence prevails among those merchants and small-business people and working men seemingly wooed by Trump’s bar room-talk cons. A bar’s a great place for a roll-up-your-sleeves political debate but we need more than a bar boaster in this big, complicated world of many languages, cultures, beliefs and presumptions. And many, if not most, foreign leaders, aside from those in North Korea and maybe Russia,  think that with such a candidate America is flirting with madness — thus the increasing danger. 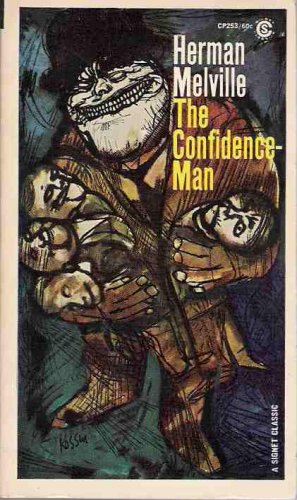 The honest business person or worker might draw wisdom from this merchant who pauses from the pleasures of intoxication to reflect on truth in The Confidence-Man, Herman Melville’s extraordinary parable about a riverboat (another vessel-as-America metaphor, like Ahab’s The Pequod,) teeming with the hydra-headed monster of the con-man impulse run amok:

“At intervals, they slowly quaff several glasses in silence and thoughtfulness. At last the merchant’s expressive face flushed, his eyes moistly beamed, his lips trembled with an imaginative, feminine sensibility. Without sending a single fume to his head, the wine seemed to shoot to his heart, and begin soothsaying there. “Ah,” he cried, pushing his glass from him, “Ah, wine is good, and confidence is good; but can wine or confidence percolate down through all the stony strata of hard considerations, and drop warmly and mortally into the cold cave of truth? Truth will not be comforted. Led by dear charity, lured by sweet hope, fond fancy essays; but in vain; mere dreams and ideals, they explode in your hand, leaving not, but the scorching behind!” – The Confidence Man, Herman Melville. 2

Note how Melville valued the imagination of the “feminine sensibility,” that which produces by creating (or pro-creating) A far cry from Trump’s deeply sexist, testosterone-filled candidacy.

Not simply a satire, Melville’s book is a meditation on the nature of trust in a capitalist society. Here’s a fine essay on that theme, as it plays out in the book.

Melville, one of the first original American thinkers, ultimately had confidence in the nation’s authentic merchants, and in any American who works honestly for a living, unlike Trump, for whom “livelihood” and “honesty” are an oxymoron, which, again, he embodies.

Let us hope and pray than those who might pause in the voting booth in November have their better angels guiding them.