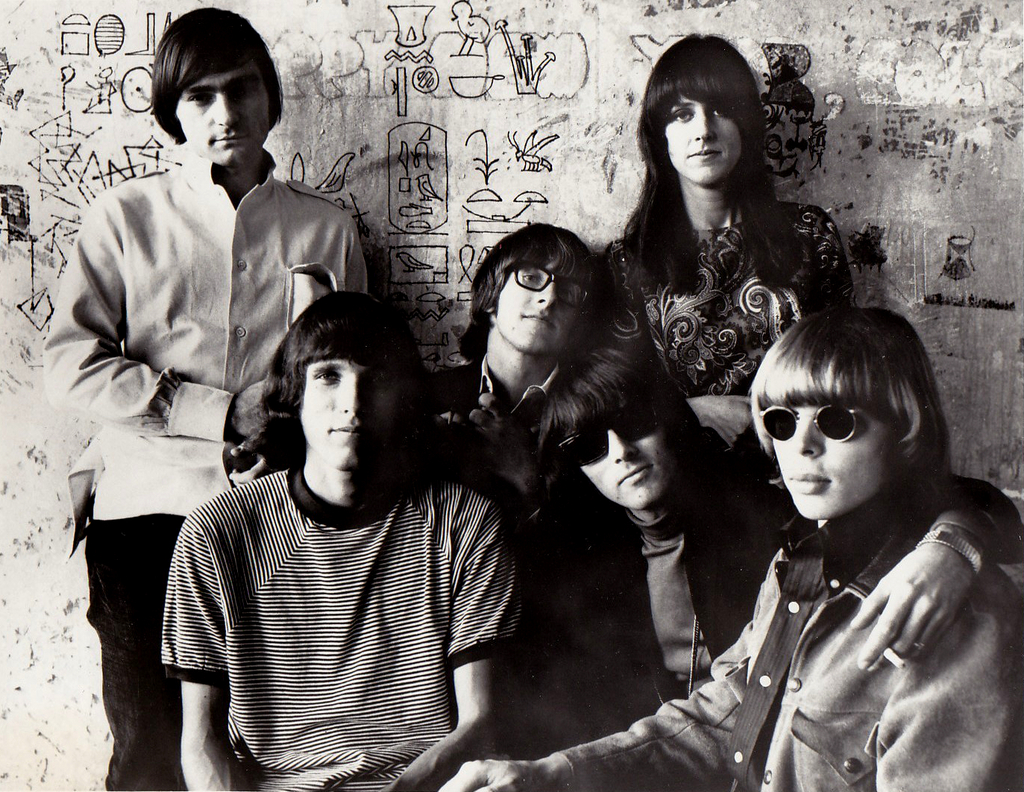 Mandel’s tribute to Kantner, on his ArtsJournal blog Jazz Beyond Jazz, struck me because of his focus on the third Jefferson Airplane album After Bathing at Baxter’s.  That slightly kooky out-of-left-field title provided a clue to the album’s originality. Though it yielded no hit songs (the band’s preceding Surrealistic Pillow had included “White Rabbit,” “Somebody to Love” and “Today”) Mandel’s point about Baxter’s was its extraordinary experience as a total album statement. 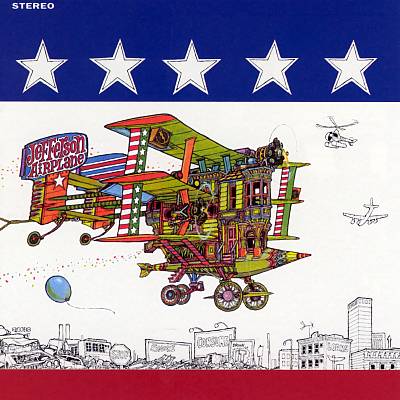 The album cover to “After Bathing at Baxter’s.” The eccentric “Jefferson airplane” has a big banner attached behind it bearing the album’s title, on the wrap-around back of the album. The cover art was by Ron Cobb. Courtesy all music.com.

Of Baxter’s, Mandel wrote: “Upon release in ’67 it was unprecedented, attaining heights of incisiveness, conceptual sophistication and successfully experimental pop music comparable only to the Beatles’ Sgt Pepper, released five months earlier. And today it still sounds hard, fresh, at moments profound.”

Here’s his column and below this link is my response, though I expanded the discussion slightly beyond the year of Baxter’s release. You can see his response to my comment on his blog’s comment section: http://www.artsjournal.com/jazzbeyondjazz/2016/01/whys-nobody-mourning-paul-kantner-jefferson-airplane-flies-forever.html

Howard, Thanks for writing about Kantner and giving him some due, which I considered doing but deadlines were in the way till now. I myself, like others, probably never appreciated him enough, per se, but he was clearly the main man with the Airplane/Starship vision. And he was an archetypal 60’s rock political artist/agitator/visionary/idealist.

I’m glad that you spoil for an argument by staking a claim for Baxter’s against all those other heavy bands/artists. Among those, I might throw “up against the wall” to see if they stick are The Band’s second album, but that’s so brilliantly & profoundly retro-roots whereas Kantner and the Airplane were so in-our-moment-and-our-future-out-there, but with a blues-rock-jazz take-off and landing strip.

Maybe the Doors’ first album, with it’s searing, pre-punk, poetic “”darkness of blackness” which Melville thought so quintessential to America and modernity. “The End” is a masterpiece but the jamming is more daring on “Baxters.” than say “Light My Fire.”
Or Butterfield/Bloomfield’s East-West, though that is not so cohesive in a tripped-out Rorschach test manner than Baxter’s. However, E/W has a superb dynamic flow and several indelible pieces, “I Got a Mind to Give Up Living” & “Work Song,” and it meant more to me, personally, especially the title tune, which bent and expanded the mind/spirit of countless people and musicians. I wore out at least one vinyl copy of East-West but also one of Baxter’s.

So, as the kind of statement you’re claiming for — among ’60s band albums — I still love to “bathe in Baxter’s” as much as any album from the era. For all the brain-blasting groove jams, trips and edginess, there are the pungently gorgeous vocal harmonies and the inviting challenge of “Wild Thyme” and “Won’t You Try/Saturday Afternoon.”

Other candidates are Live/Dead which I also soaked up despite its sprawl, all three original Hendrix Experience albums (Axis, Bold as Love is under-appreciated) of course, and maybe a few Mothers albums, maybe Uncle Meat, though I rarely really listened to all of it.

1 Mandel toned down his umbrage when others pointed out considerable coverage of Kantner, but his argument on Baxters, etc. is still a fine Kantner tribute.