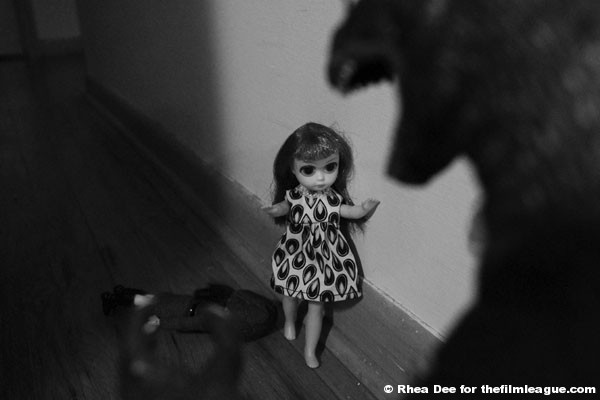 A test of “total recall.” Do you recall this scene from “Night of the Living Dead”?

A Sunday op-ed page essay and a blog post got me thinking a bit more about my recent “smart phone zombie” post, because I’d been debating with myself whether I was too much of a scold — even given the very scary car-death statistics and the troubling societal research. https://kevernacular.com/?p=557

The smartly serene Buddha sightings by the blogger Myth Girl in her review of the remake of Total Recall http://mythgirl.org/2012/08/06/total-recall-a-message-for-our-times/

got me pondering about how that great Buddhist wisdom of being “in the moment” is more pressing the more we accumulate memories over time. Not to devalue history, which I hunger to know and understand with every passing day, as humanity seems to not heed its lessons. I argued that such healthy mindfulness of the moment seems compromised these days by an over-involvement with personal electronic devices while out in society and in nature. The Buddha may have known we’d consequently endanger ourselves while operating lethal weapons– like cars. So her foot is perpetually off the pedal while doing what she does best — meditate and transmit wisdom.

Certainly there’s plenty of wisdom to be found on the Internet but I fear all too often that people are gleaning information at best on their mini porta-brains. Not that there’s anything wrong with that, as the Seinfeld gang might say.

But it begs the question of how much these things are really helping our intelligence, and guiding us into a future of unlimited human potential. Naysayers have been telling us for a while that “Google may be making us stupid.” That’s debatable. Harvard professor of psychology Daniel Wegner gravitates to a reassuring standpoint in his New York Times Sunday Review column of August 5.http://www.nytimes.com/2012/08/05/opinion/sunday/memory-and-the-cybermind.html?_r=1

The illustration accompanying his column shows smart phone users walking around with their heads in one big shared cloud.

That alludes of course to the “cloud” of “linked people and specialized information field devices” that makes Internet sharing so intoxicatingly empowering, as we seem to be drawing from intelligence of virtually anyone and anything online.

. Of course the head-in-the-clouds metaphor can drift a different way, with an older meaning, depending on how the person is actually using their smart phone.

Wegner points out that the more forward-looking view is to accept the role of the Web as a mind expander and “wonder not at the bad but at the good it can do us.”

You know how full of a glass he’s drinking on this subject. He says that each time we learn who knows something or where (his italics) we can find information we are expanding our mental reach. This is the basic idea behind so-called transactive memory, he explains, a psychological theory that provides a way to understand “the group mind.”

That term makes me nervous in itself, of course, recalling Orwellian  “group think.” But  to illustrate the value of the “group mind,” the professor tells us of sharing “domestic memory duties” with his wife. I did that when I was married and certainly as a bookish single person I draw from many books and other sources I have not committed to memory, partly through my personal but hardly unique method of page-numbered note taking in the backs of books I read, and my messy files of underlined article clippings ( and yes, my seemingly bursting electronic “Favorites” file).

So I hope I can happily be among those who stay “plugged in,” rather than fall behind with what he terms the cowering “neo-Luddites.”

Nevertheless Dr. Wegner’s column fails to address all the people killing themselves and others while texting in cars and seemingly becoming socially atrophied by their self-involvement with their computers, whether at home or in public. I love the idea of social media, or I wouldn’t be Facebooking, friending and blogging (and trying, though not very successfully, to get people to respond to my posts:)).

But might we wonder how much all our digital social interaction is truly present “in the moment” rather than virtual, as the Buddha might say. After all, we never really know — except on Skype — whether there is a genuinely Buddha-like smile on the face of an electronic respondent, or whether it is a more calculated expression, that reflects our vulnerability to online manipulation.  When we’re all basically doing Skype online this concern may seem silly neo-Luddite hand wringing, so I’ll end (almost) with that hopeful “when and if.”

But I still want smarter-than-me smart-phone embracers to address those troubling issues not related to mind expanding.

After all, to aid your partial recall of my original posting, as a baby boomer, I’ve been a proponent of mind expansion for decades (and here I should insert a slightly stoned smiley face, although these days I would only use herb for pain management.)

So what you think? Is there little to worry about in the smart phone cloud?

Will we learn how to use our rampant, amazing technology for all the power and promise it seems to offer? Or will this morph into the manufactured Godzilla from Night of the Living Dead (see photo) that finally does turn and devour us because we are helpless to resist, as individuals, as a society and a culture?

2 thoughts on “Is She Safe Because Buddha is on the Smart Phone?”