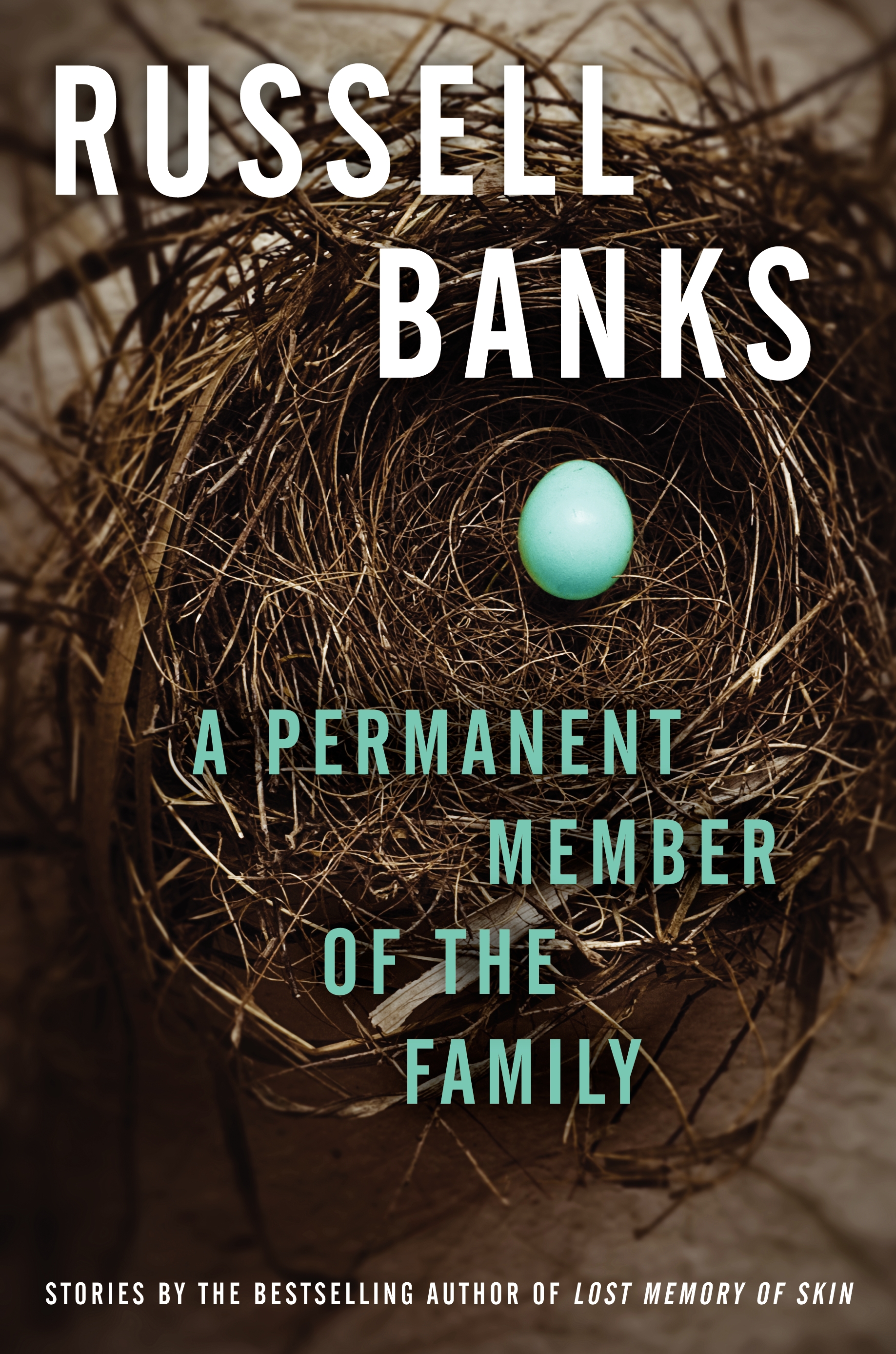 From a son’s massive saga of his father, Civil War firebrand John Brown, to his incisive story collection, Russell Banks has demonstrated acute insight into human relations, in a myriad of their intensely pressurized, comic and tragic permutations.

Ostensibly about family in the broadest sense, these stories rarely comfort but reveal how most all of us strive upstream for human connection, an instinct often as haphazard as a windblown leaf.

Banks is best known as a novelist, and two of his books have been made into acclaimed films, Affliction and The Sweet Hereafter. His 2004 novel, The Darling, about the odyssey of a wanted 1960s radical, is in development with Jessica Chastain in the title role. His epic John Brown novel, Cloudsplitter, was a finalist for the Pulitzer Prize, and stands up to any historical novel in recent memory. 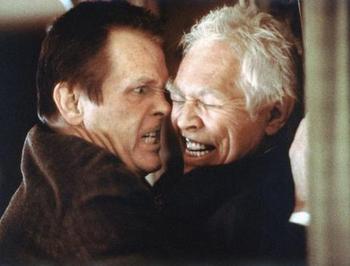 James Coburn (right) won an Academy Award for best supporting actor in the film adaptation of  “Affliction,” Russell Banks’ novel of a troubled and divorced working-class man. The character is played by Nick Nolte. Courtesy sodahead.com

Two of his most provocative novels involve young protagonists. Rule off the Bone is a sort of picaresque mix of Huckleberry Finn and The Catcher in the Rye. Banks’ last novel, Memory of Lost Skin, follows the struggles of a very young man who has done a sentence for a sex offense, and must fend for himself in a fearful world that refuses to understand much, including his crime’s context, until a sociology professor takes interest in him. And yet, Banks was always a masterful short story writer. The previous collection Angel on the Roof contained all his short fiction, until this one.

The opening story, “Former Marine” exposes the fault lines of desperate paternal pride and love to heartbreaking and shocking effect. An ex-Marine can’t bring himself to admit to his three grown sons the precipice he has recklessly reached in his life. Along the way comes a scene in which the father stops in a movie theater to watch the recent film Lincoln. It seems an incongruous act for this man on the edge, yet very telling of humanity’s crooked path, following perhaps the instinct to find succor or salvation in the past.

The rest of the stories in A Permanent Member of the Family are comparatively muted in final effect, until the last story, but each illuminates the strange, comical and provisional beauty of human interaction in a seeming harsh world. 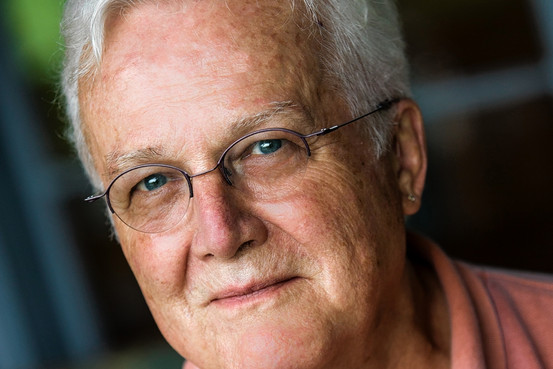 The title story concerns a divorcing family hanging onto the pet dog like a life buoy that each must pass among them in a manner that may not really save any of them. The father, struggling hard to keep the family intact despite diminishing odds, finally has all of his four daughters in his car at once. Hope springs anew. Then he makes a fatal mistake. A heavy pick and cold, hard earth come to signify the damage done to a family’s heart.

“Searching for Veronica” involves a mother’s enigmatic quest to find her missing daughter, but may be a search to find herself just as much. One conversation has a meta-consciousness aura, a rather literary contemplation of how blood and identity entwine. But it works completely as real-life dialogue, the mark of a master fiction writer.

Sometimes Banks’ people do find tender if temporary connections that strike deep chords of joy and pain. In “Lost and Found” a middle-aged man and woman rekindle romance after five years:

“It wasn’t male vanity. It was Ellen herself, a very specific woman, whose smoky low voice, green eyes, dry humor and right, interesting words, and yes, slender legs, that had got to him. That and the way she made him feel about himself…funny, smart, good-looking, and lonely. These were feelings about himself that he had lost, bit by bit, over the years of his marriage in middle-age, small increments of loss, so that he wasn’t even aware of the loss, until that night when they ended up alone in his room at the Marriott. Lost and, because of her, found. And then all of a sudden lost again. Until now.”

“Blue” is almost surreal, yet utterly plausible — a black woman, shopping for a car, is trapped in a far corner of the dealer’s large lot by a vicious guard dog. The salesmen, having pegged her a “tire-kicker” who’ll leave and return, close the lot. After hours, a young male Good Samaritan finally offers her hope of rescue, like a long lost son.

The closing story, “The Green Door” concerns a drunken family man fatefully attracted to a sex club, and a casino bartender-narrator, playing the classic role of social facilitator.

Yet, in these tales, nothing is quite as it seems, and Banks, with no contrivance, shines lyrical light and shadow upon his characters’ yearning and risk, suffering and loss, with sage understanding of the deep corners of human nature.

I suspect that these are stories, like those in Angel, that I will return to, and make permanent members of my family.

Here’s a video of Democracy Now’s Amy Goodman interviewing Russell Banks about his writing and his choice of writing through the voices of outcasts, criminals and revolutionaries. It includes a scene from the film The Sweet Hereafter, a story about “lost childhood.” : http://barclayagency.com/speakers/videos/banks.html/1

A shorter version of this review was published in The Shepherd Express.