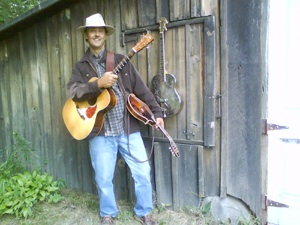 A few years ago I was in Sturgeon Bay for the Iron Bridge Songwriting Festival. I strolled up to the picnic table outside the motel where the artists stay and collaborate and found Tim Southwick Johnson picking out chords on his guitar and concocting lyrics to them in a notebook. He told me about his Leopold project, played me the delightful song he was just creating and we connected immediately. I was hooked (harpooned?) when he happened to tell about his personal experience with St. Elmo’s Fire, an electronic phenomenon described by Melville in “The Candles,” Ch. 119 of Moby-Dick. * This article is the overdue result of our meeting.

The following link should speak for itself, 1 but thanks to Natasha Kassulke for  shepherding this to press in Wisconsin Natural Resources, the fine publication she edits: 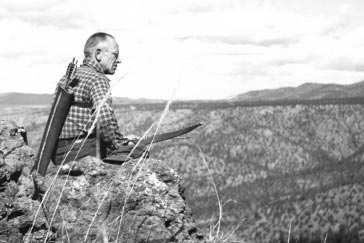 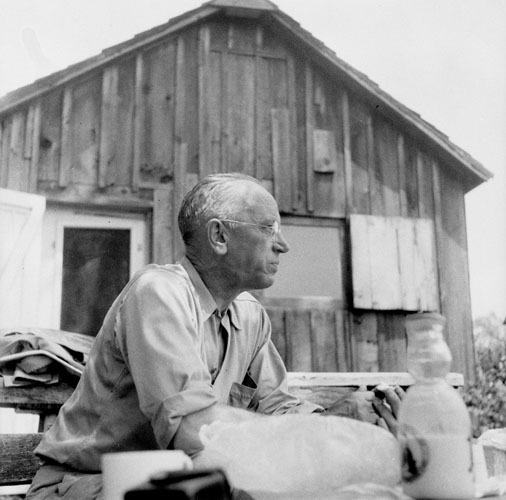 Leopold outside his humble Thoreau-esque Shack, a converted chicken coop, which is today a National Historic Landmark.

Finally, do yourself a favor and head up to The Iron Bridge Songfest, June 13-16 in Sturgeon Bay, headlined by the return of Jackson Browne, who helped create and sustain the fest.

Tim Johnson will perform there again. It may be my favorite Wisconsin music festival and that’s saying something: http://www.sbsf5.com/fr_home.cfm

* Tim’s experience was more precisely of “ball lightning,” a similar bizarre phenomenon, which he says actually penetrated his living room window and fired up his house for a while. Now that I’ve undermined his reputation for sanity you might ask him about this sometime. All I know for sure is that he’s a damn fine musician.

1 The drawing of Johnson at the Leopold Shack on the CD cover shown in the link article is by Scott Halweg.