Throwback Thursday. Here’s a caricature I did of myself for the letterhead of job pitches to newspapers, back when I was trying to land a full-time gig in journalism, ca. 1988 or so. I was at the Milwaukee Journal at the time, but had poor prospects for a full-time staff job, suffering from local-boyism. 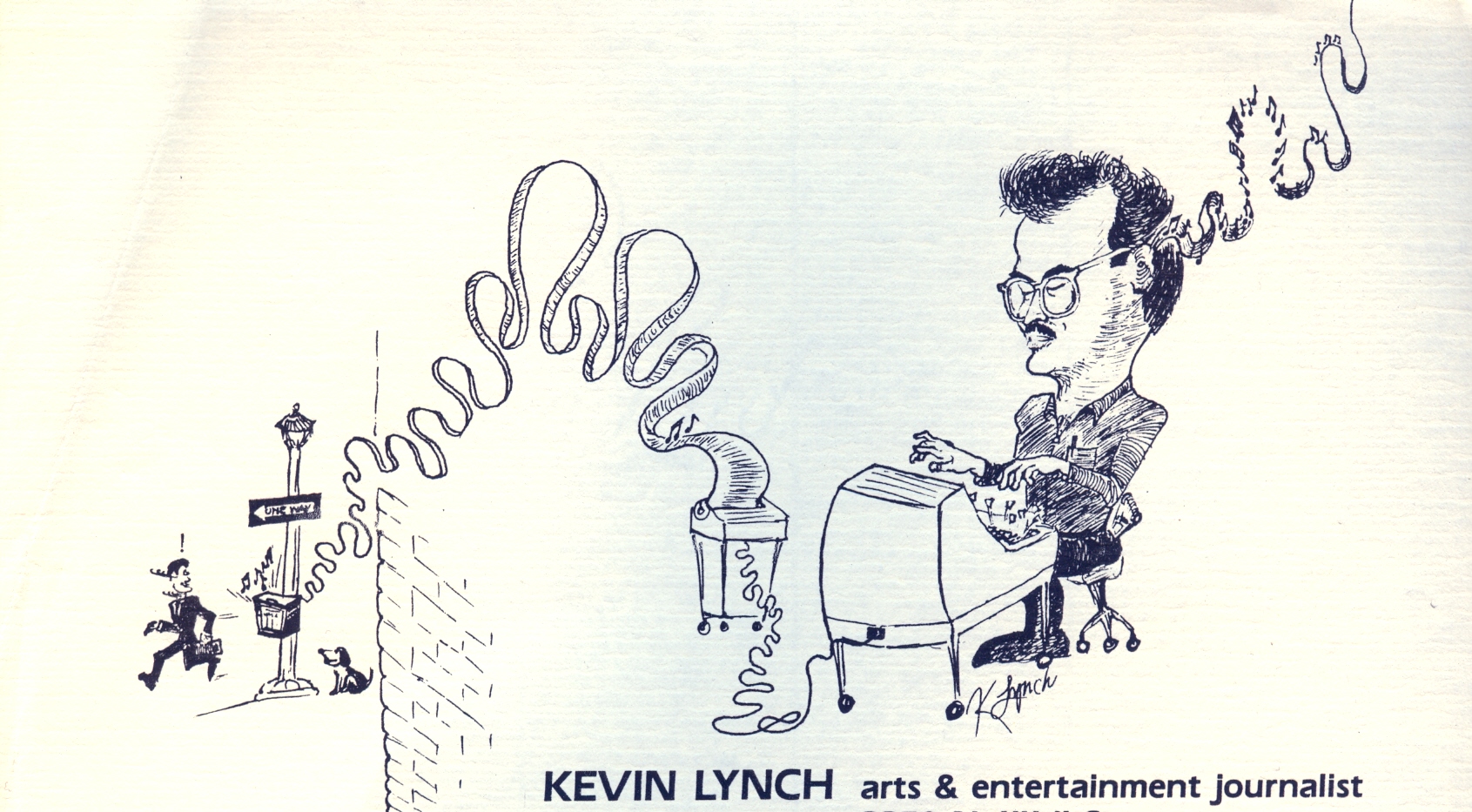 It helped me to get interviews from The Philadelphia Inquirer, The Chicago Tribune and The Bakersfield Californian, among others, but I don’t think it carried much weight when I finally landed a job at The Capital Times in Madison.

The most interesting interview was at The Bakersfield Californian. They flew me all the way out there on their dime, and then they asked for an audition for concert reviewing. So I went out to a local club with one of the newspapers staff writers who would do the review they would publish. The gig was reviewing Steve Earle in a small nightclub. Steve Earle today is one of the greatest singer-songwriters of our time but then he was known mainly for his powerhouse debut album Guitar Town.

I had seen him live already at a side stage at Summerfest, so I was surprised he was playing this small of a venue. But the music business is a funny creature, and he may have been enduring one of his down periods, where he is struggling with drugs. But he was powerful, raw. honest, and brilliant. We were sitting about 10 feet away from him as he performed solo.
After the gig I went to the newsroom and wrote my review. The interview would take place the next morning. However before the interview I called home to my wife, Kathy Naab, and she was distraught almost the moment she answered. I did not realize she was not up to moving so far away from home, and that’s what had her in tears. This, of course, deflated me quite a bit. When I got to the interview, I was back on my heels, and far from gung ho. So I sort of hit a weak grounder to shortstop, and that was the end of my shot at a California newspaper.

I think I would’ve had a good chance with The Philadelphia Inquirer as the editor seemed impressed by my clips, which included a special section project called “Just Jazz” that was tied to a festival called the Milwaukee Jazz Experience, and I was the lead writer in the educational package that was used extensively in Milwaukee Public schools. The package was also nominated for a Pulitzer Prize.

But the editor pointed out that the Inquirer already had an accomplished jazz writer, Francis Davis, who was becoming one of the nation’s preeminent jazz critics and authors. Today, among other things he conducts the NPR jazz critics poll, which I participate in annually.

So it was no go in Philly. But I loved getting to the city of brotherly love.