We Walk the Line: A Celebration of the Music of Johnny Cash (LEGACY) 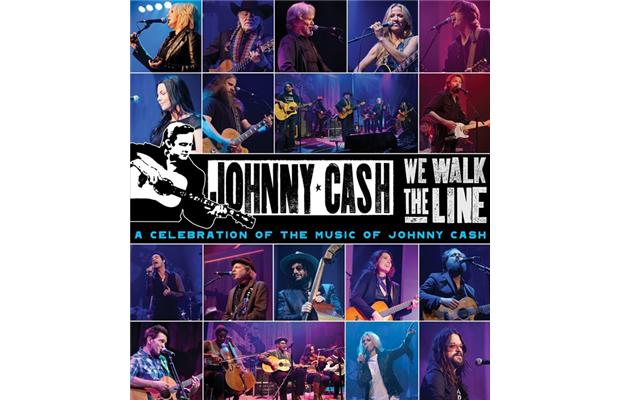 This Legacy CD/DVD set proves that The Man in Black “came around” consistently throughout his career. Now his fellow artists have, and on this night their collective chemistry was something to behold, perhaps a matter of professional pride in the face of peer competition. Time after time, they dug down to a deeper place than you’d imagine. It’s a moving testament to a great American life because Cash embodied integrity, suffering, perseverance, redemption, hard-won truth and generosity of spirit, especially for the downtrodden, the forsaken and the outlaw (which may encompass 98% of America today). He represented the American ideal of giving everyone a fair shot at the dream.

A Great Depression baby and son of a sharecropper, Cash’s big-armed embrace of this  nation’s vast human underside often felt personal and almost a mission, of sorts. Maybe that’s why he was such a rebel. After all, he may also be the only renowned person who’s also famous for a photograph of himself flipping the bird. This signifies the importance of defying conventions that calcify our sensitivity to truth and to the American ideals that are so easily buried beneath complacent consumerism and capitalism. I mean, it’s unlikely any major artist played at a prison until Cash did it, and he changed public awareness of the incarcerated.

Recorded at Austin City Limits’ Moody Theatre on April 20th, Cash’s 80th birthday, the show kicks off with Brandi Carlile’s rip-snorting rendition of his cold-blooded “Folsom Prison Blues.” In the moment, you feel that she too “shot a man in Reno just to watch him die.” 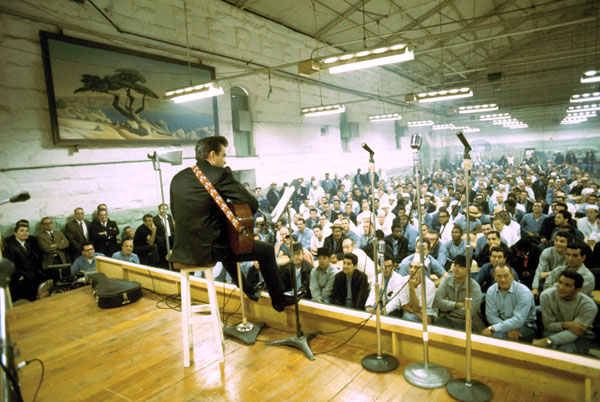 In his literally handwritten liner notes to the Folsom Prison album, Cash recalled: “You sit on your cold, steel mattressless bunk and watch a cockroach crawl out from under the filthy commode, and you don’t kill it. You envy the roach as you watch it crawl out under the cell door.”

Of course, the outlaw in Cash (he was a convicted for drug use, not murder) also had a heart as big as the sun and you felt that when he resurrected Hank Williams’ great song “I’m So Lonesome I Could Cry” to prove it, as Amy Lee (of Evanescence) does here, buoyed by Greg Leisz’s mournful pedal steel.

Among several inspired duets is Kris Kristofferson with Jamey Johnson doing Kristofferson’s “Sunday Morning Coming Down.” “The beer I had for breakfast wasn’t bad, so I had one more for dessert,” Kristofferson warbles, and you understand the essence of a down-and-out man, whom Cash knew as a shadow on his shoulder.

Among the forsaken he identified with were Native Americans, whom he addressed in his 1964 concept album Bitter Tears. It includes “The Ballad of Ira Hayes,” recounting the tragic story of a young Marine who died pathetically after participating in the iconic raising of the flag at Iwo Jima, and dealing with that event’s overwhelming publicity and symbolic fervor. 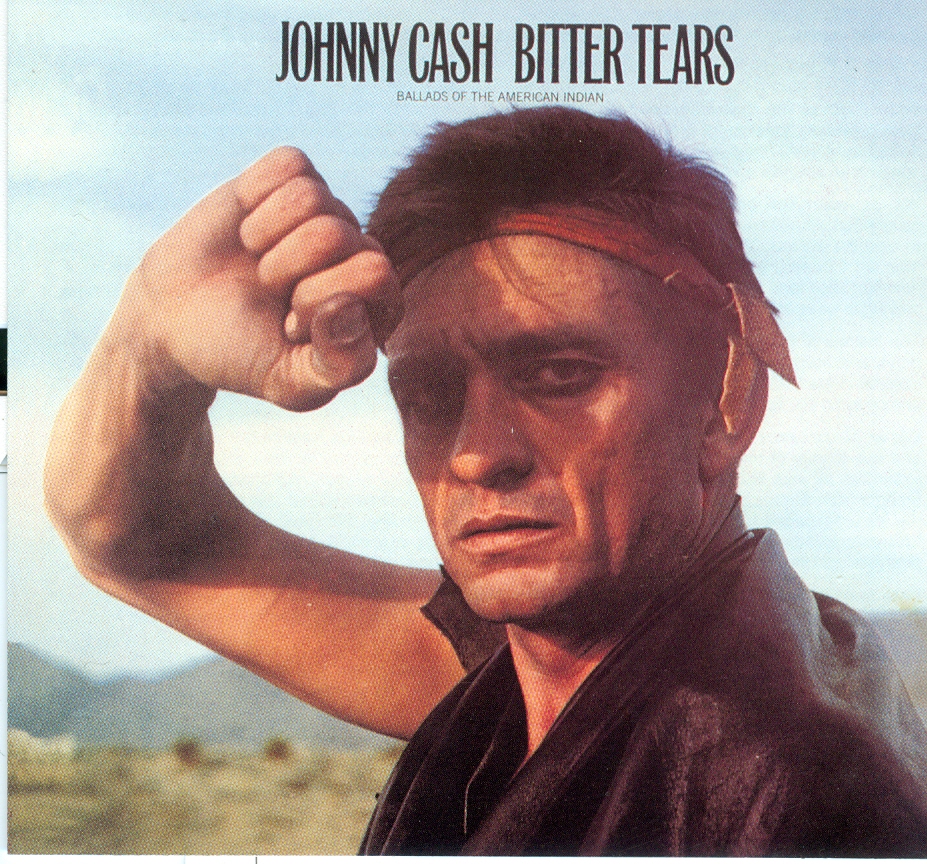 The quality of Cash’s character amid suffering is illustrated by his daughter Roseanne Cash, in her memoir Composed. She’s recounting a moment shortly before her father died of diabetes and neuropathy:

“Late in the afternoon of the day before I left to go back to New York, Dad stared out the window at the lake and said sadly ‘The gloaming of the day is the hardest part.’ I said I knew that it was. His head tilted down to his chest. ‘I feel so bad’ he said, and that was one of the only times in his life — maybe the only time — that I ever heard him complain about his ailments. It was extraordinary, and shocking, to see his stoic resolve crumble before my eyes. ‘I know Dad,’ I said. ‘I’m so sorry.’”

Roseanne honored her father’s legacy has a self-styled historian with her album “The List,” based on his determinations of the greatest country songs. Even as a gifted songwriter, Cash was humble enough to identify and record great songs by others. He also found material in younger generations, such as Nine Inch Nails’ “Hurt,” a song of ringing majesty which Lucinda Williams delivers with a voice that sounds like a train of pain barreling right through her heart.

Similarly Kristofferson sings, “The tears I cried for that woman will flood you, big river. I’m gonna sit right down here till I die,” and his handsome but shrunken face makes you believe him.

One caveat concerns the show’s emcee, actor Matthew McConaugey. Though well spoken, he apparently got the gig for being Hollywood famous and a Southern good ol’ boy, but his laconic delivery is a snooze considering the consistent level of performer energy.  Things never grind to a full halt because there’s always the high-powered house band chomping at the bit.  Their supple and muscular propulsion includes arguably the best drummer in roots music, Kenny Aronoff; rock ‘n’ roll Hall of Fame pianist Ian McLagen, guitarist-singer Buddy Miller and string wizard Leisz.

The DVD includes a rehearsal of Nelson doing “I Still Miss Someone,” interviews and a “Making of the show” feature. Nelson’s phrasing remains peerless, able to convey nuances in the way he weaves his words.

The show ends gloriously, with raucous ensemble sing-along of “I Walk the Line.” But the real climax precedes that, when you sense Cash’s abiding spirit as two of the four original Highwaymen supergroup, Kristofferson and Nelson, sing Jimmy Webb’s “Highwayman,” with its stunning final verse sung by Johnson, a new generation of singer-songwriter. It’s the verse that, on the original Highwayman recording, Cash sang:

I fly a starship across the Universe divide

And when I reach the other side

Perhaps I may become a highway man again

Or I may simply be a single drop of rain

But I will remain