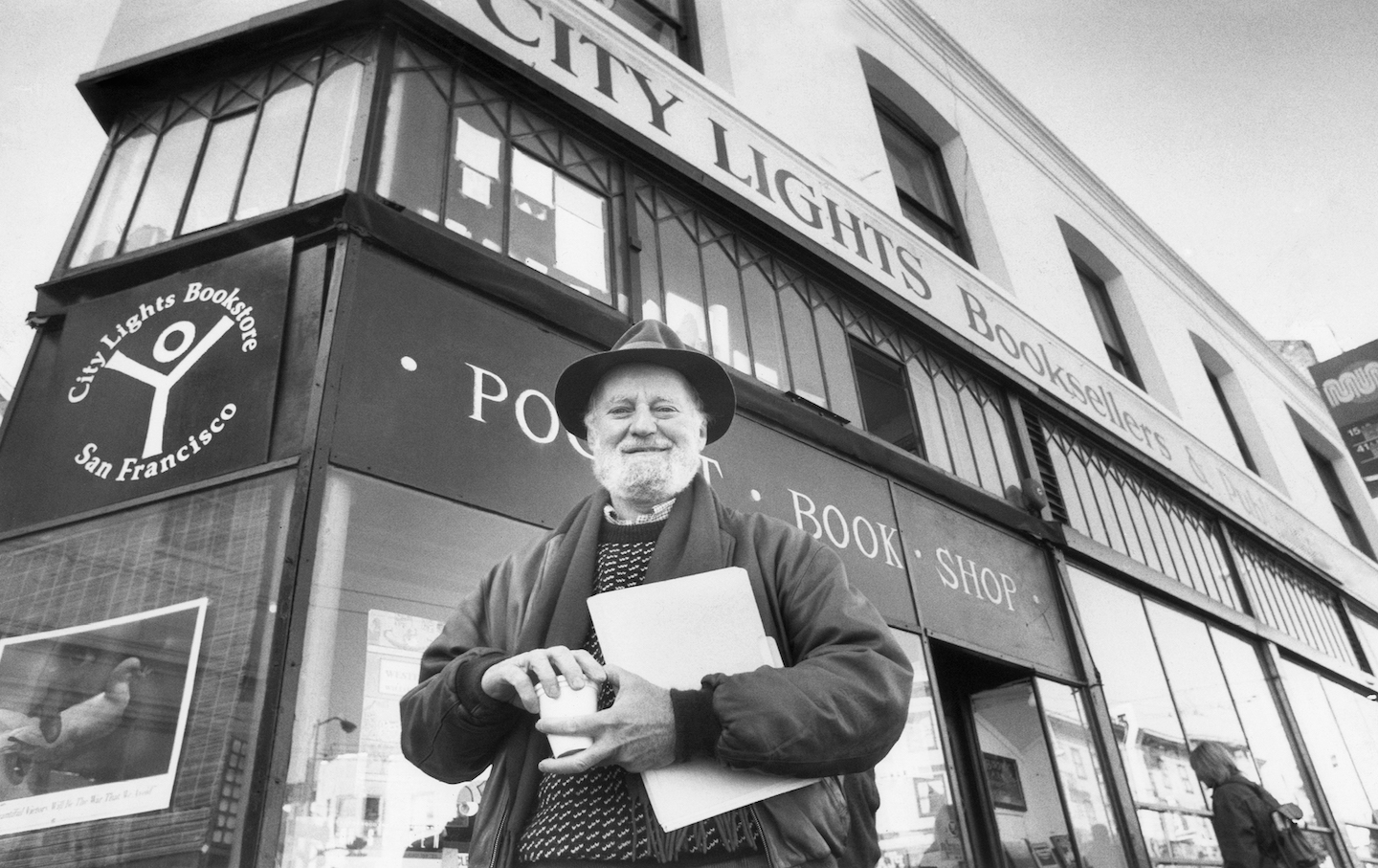 Poet Lawrence Ferlinghetti in front of City Lights Book Store, which he founded in San Francisco long ago. Ferlinghetti, who turned 100 in 2019, remains pertinent today. Courtesy The Nation

Can we feel pity for our own nation? Our own people? Hear those questions arise in the poem “Pity the Nation” by Lawrence Ferlinghetti. Milwaukee poet singer-songwriter Harvey Taylor recently used his considerable gifts of recitation to revive the powerful ideas of Ferlinghetti, The 100-year-old beat-era bard, who first wrote “Pity” in 2007, during the Bush-Cheney administration.

The poem feels as pointed as ever today. Taylor also employs the darkly expressive banjo and harmonica of Jeff Hinich on “Pity,” and the second poem offered here, “Immigrants,” penned by the Taylor himself. Both are offered “to motivate creative resistance to corruption and criminality in ‘high places’,” he says.

Taylor’s own verse addresses the idea that most Americans are immigrants or descendants thereof and, in that sense, related to today’s often-desperate and courageous migrants, risking their lives and families to escape violence by coming to America’s borders. 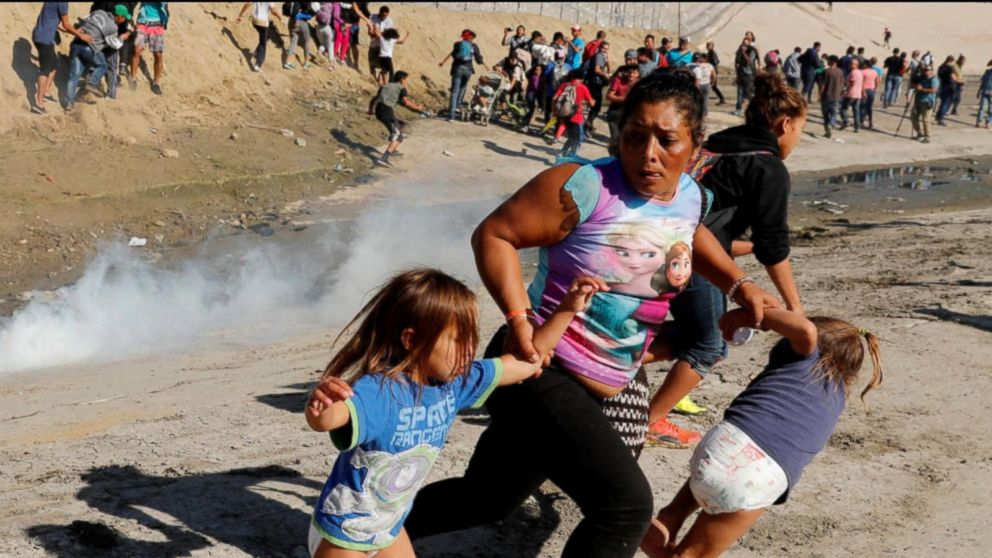 A desperate migrant family retreats from tear gas at the Southern U.S. border in 2018. Are they illegal? Should we muster pity for their plight? For our own nation and people? Harvey Taylor ponders such matters in poetry. Courtesy ABC News.

Heavy, dark matters simmer within these verses, yet both remain extremely palatable, given Taylor’s deft and mellifluous recitations.
And he magnanimously offers wise respite to burdened or resistant spirits, with a third poem “How Happy They Must Be.” This he wrote inspired by a splendid realm of wildflowers encountered while driving through a bucolic countryside.
This poem is brightly colored by Taylor’s own warmly buoyant trumpet playing, double tracked, with and without mute. After the previous brooding poems, this feels like taking a deep breath of fresh, pastoral air.

The three brief recordings add up to a three-part tonic, the kind only poetry recited with doses of graceful verve and insight can provide. 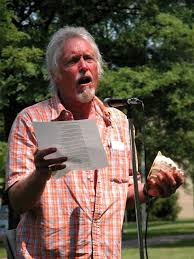 Taylor plans to collaborate with a talented video artist, Susan Ruggles, for a new incarnation of these readings. Culture Currents will keep you posted when these videos appear.

Here’s the Link to Taylor’s own website recordings: harveytaylor.net

These readings originally aired on “The Grass is Greener,” a program hosted by Babbette Grunow and Gary Grass, on Riverwest Radio, WXRW-LP 104.1 FM.