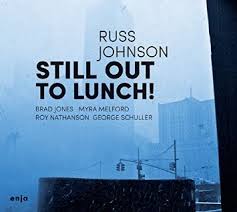 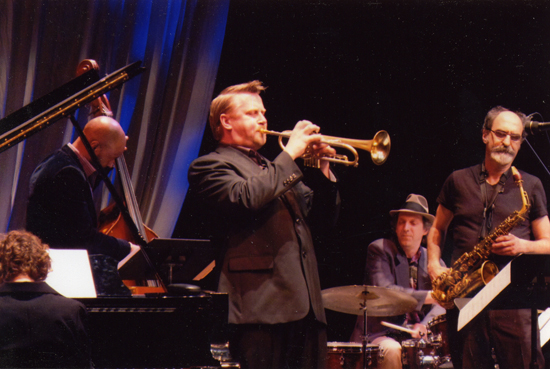 Russ Johnson (center) recently performed selections from “Still Out to Lunch!” with musicians from the recording. Courtesy corneliastreetcafé.com 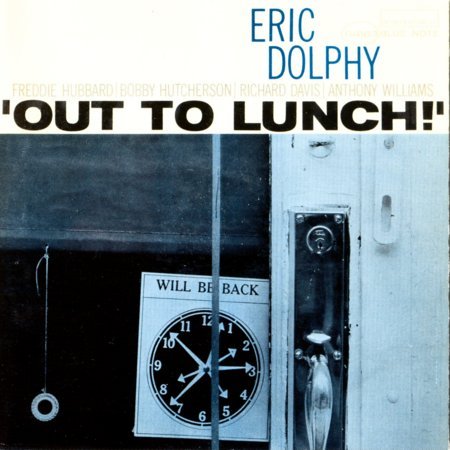 Plus, their reviving of two obscure but worthy Dolphy compositions, “Intake” and “Song for the Ram’s Horn,” make this a work that expands on the historical context of Dolphy’s original masterpiece. This is the best kind of jazz repertory — pushing forward — as it expands our insights on how modern jazz greats did so, not so long ago.

1 This is Johnson’s second excellent album within a year following Meeting Point, which I reviewed in the Shepherd Express, Culture Currents, and NoDepression.com.

2 Dolphy himself recorded several Schuller Third Stream pieces including “Variant on a Theme of Thelonious Monk (Criss Cross),” and another on a John Lewis theme, on the 1961 Atlantic album John Lewis presents Contemporary Music: Jazz Abstractions – – Compositions by Gunther Schuller  & Jim Hall. Those two pieces are available as part of the Ornette Coleman box set on Rhino Records, Beauty is a Rare Thing: The Complete Atlantic Recordings. The complete album is available on a Rhino re-issue. “Third Stream” music strove to blend techniques and aesthetics of modern “classical” music and modern jazz.

This review was published in a slightly shorter form in the Shepherd Express: