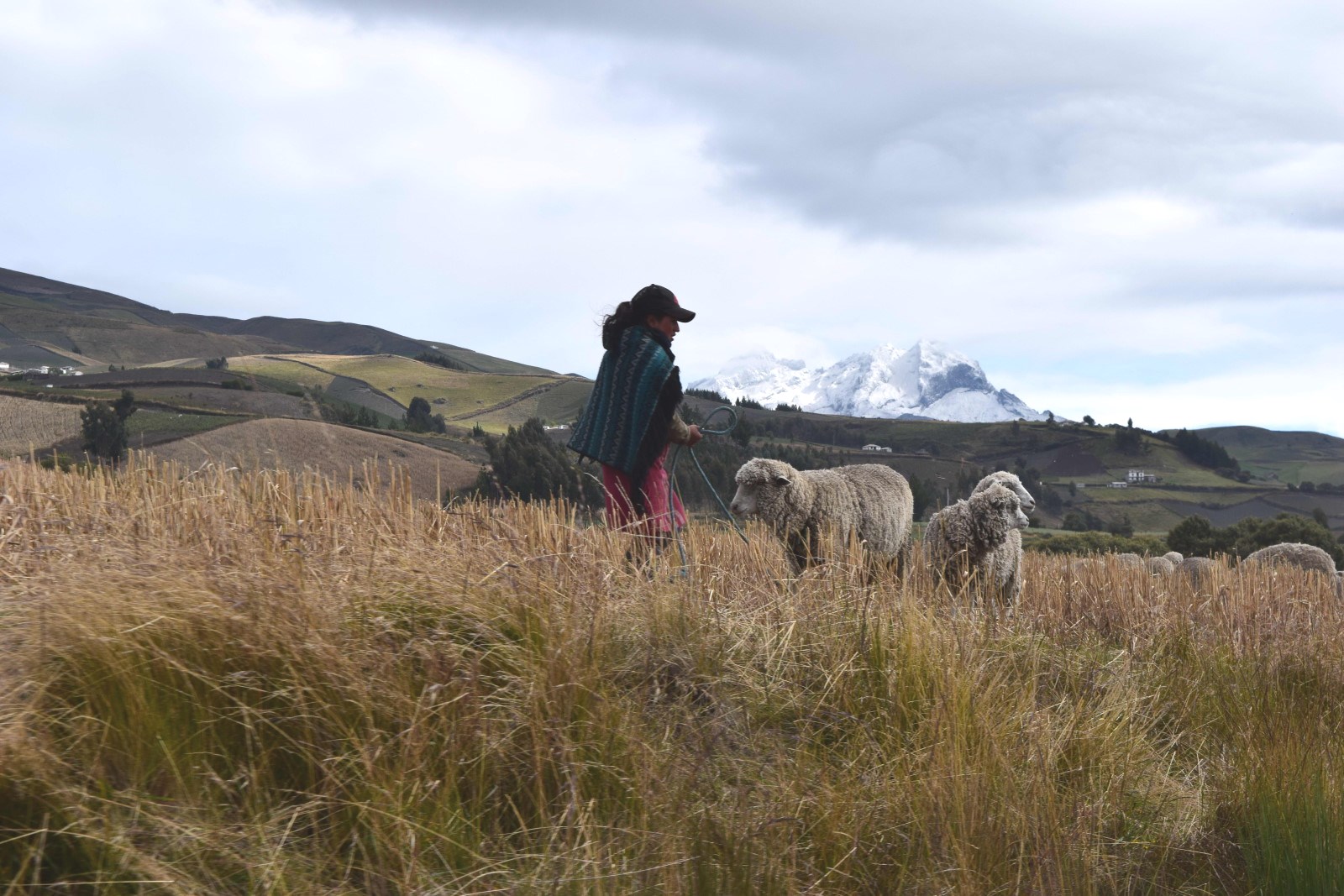 Oh, what I would’ve given to have stood this close to the volcano Cotopaxi, as did my sister-in-law Kris Verdin.

The hydrologist — with the US Geological Survey in Boulder, Colorado — took a wedding anniversary trip to Ecuador with her husband Jim last summer. I was so struck by her photographs that I invited her to be a guest photography blogger for Culture Currents.

The shot above, of a shepherd with her flock in a field, beneath the great volcano Cotopaxi, has been my computer desktop screensaver for the last several months. As I’m a sucker for landscapes and cityscapes, I love the undulating even sensual form and depth-of-field in these marvelous views.

The shepherd with the mountain has four vistas — in the extreme foreground you have the richly textured wild grain. As as the view recedes you see the shepherd and her sheep, and then some of the sinuous landscape and the gracefully descending skyline from left to right. And then, finally cloud-hooded Cotopaxi looms in the distance.
The mountain’s legend so captivated 19th-century American landscape painter Frederick Church that he traveled to Ecuador to see and paint the fiery peak. I saw his astonishing canvas in an exhibit at the Milwaukee Art Museum in 2004. Standing before the large image, I felt a slight vertigo, from the viewer’s precipitous vantage point — above a yawning abyss leading to a waterfall in the middle ground and the impossibly tranquil lake above, not far from the volcano. One imagines Church’s lungs filling with the acrid smoke billowing from the volcano. But Church stood there en plain aire and captured it’s fulminating glory (see the painting reproduction below and my review of the exhibit in footnotes.)
Verdin’s photo image is far cooler, distant and pastoral, and the quiet volcano hovers like a great, gray ghost guarding the shepherd’s flock.
For me, that photo should be a prizewinner for the multiple viewpoints and history it encompasses. I suspect Kris’s knowledge and awareness as a hydrologist attuned her to some of the landscapes you see.

Notice the sumptuous natural beauties of this land, as well as the ways the local architecture configures with the landscape.

The native inhabitants appear colorful, friendly and rich with family tradition. The final photo is of Kris herself, taken by Jim Verdin. Here are Kris’s comments on some of her photographs.

“The cathedral is the Basílica del Voto Nacional or ‘basilica of the national vow.’  The gargoyles are on the outside of that building.  The beautiful woman with the colorful dress had just been performing inside the building and I caught her outside while changing.”
“The people in the street scene were photographed from the train.  They came down to wave to the train passing through.  You can see stacks of sugar cane in the back… others were pressing the cane into juice and selling it.  I think there is another photo of a woman pressing cane juice (see below).” 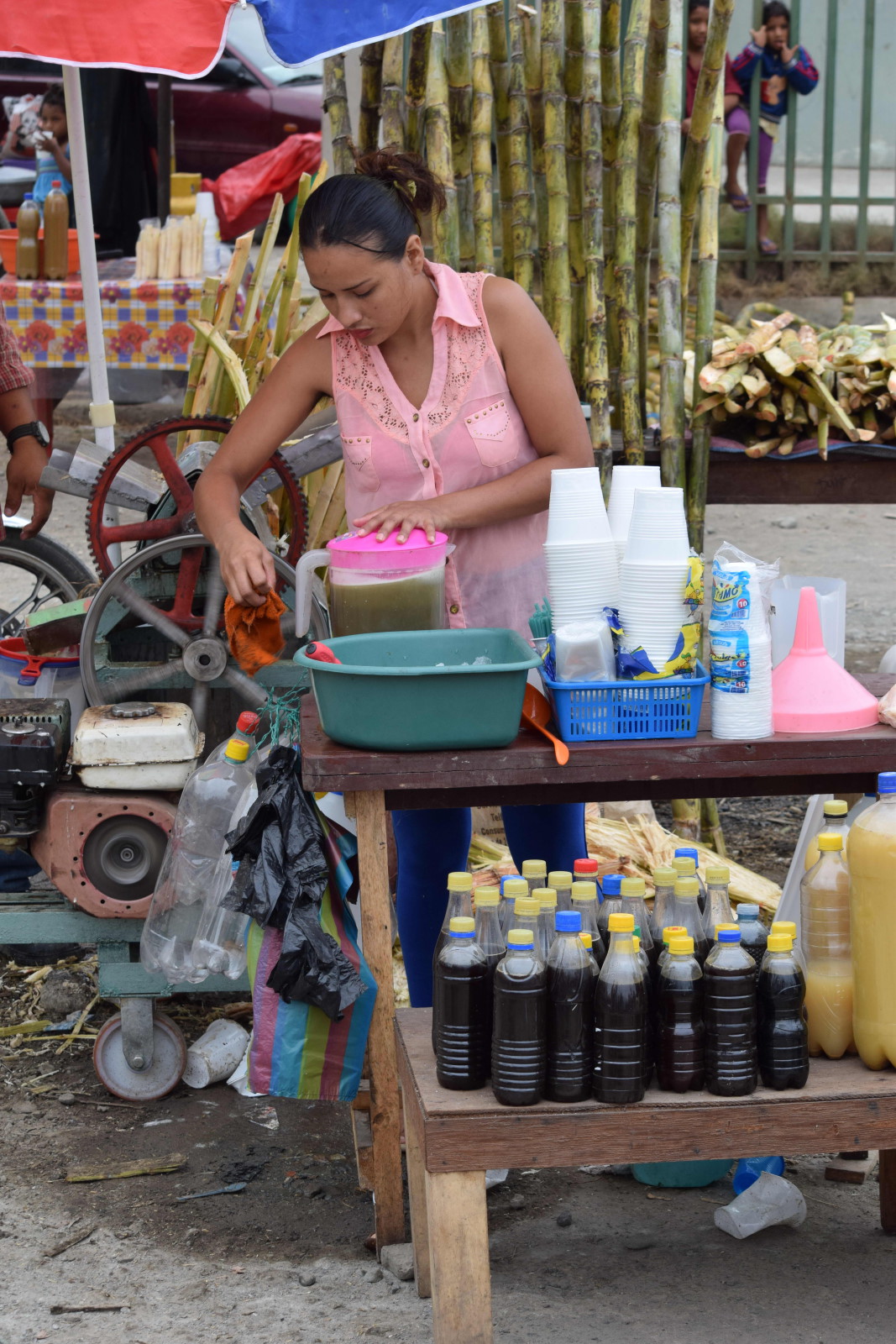 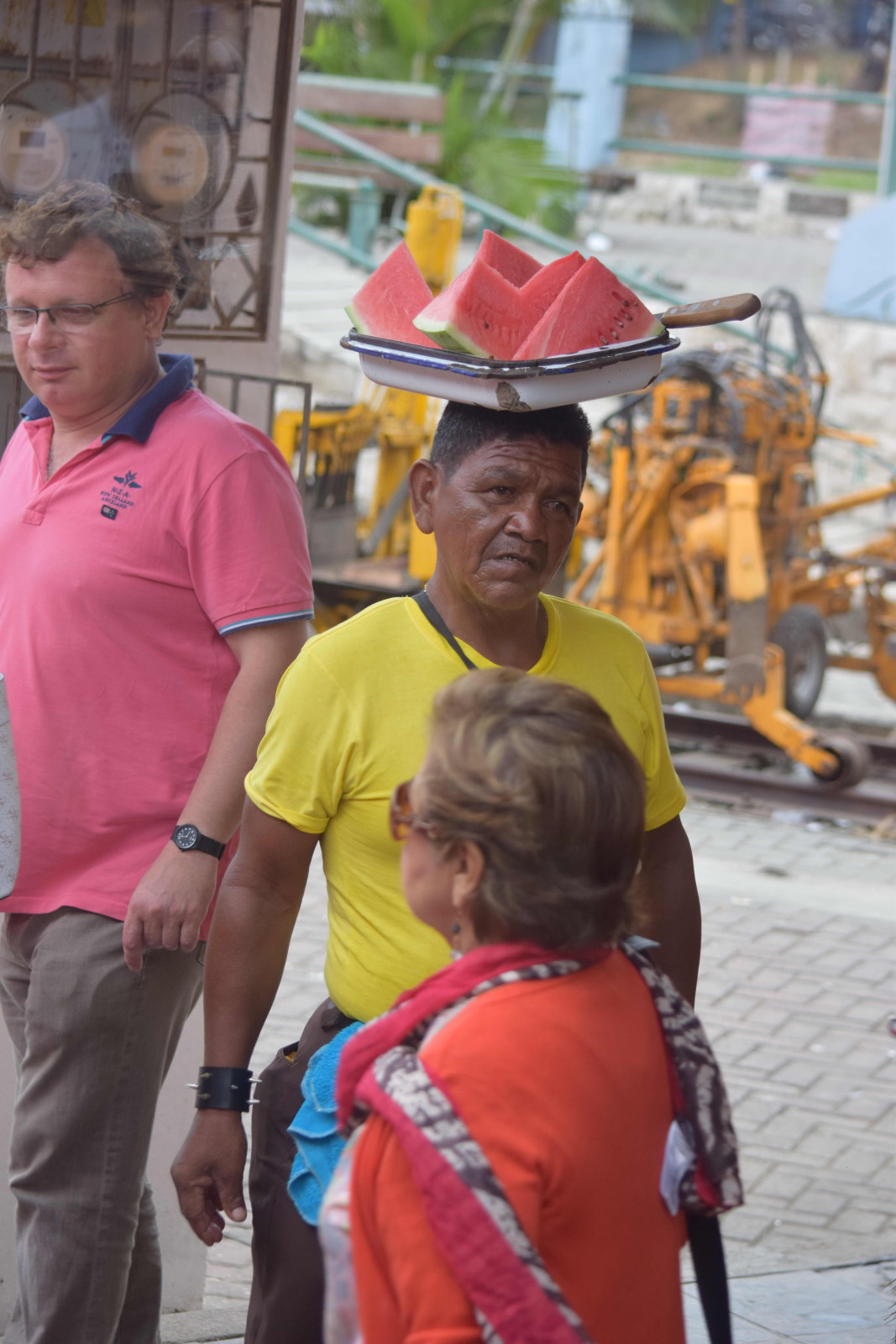 To quote Herbie Hancock, “Heyyy, watermelon man!” This you tube of Herbie playing his Latin groove hit tune might be a soundtrack for this photo essay. Click on it then click back to this blog. Hear the title phrase in the opening line the horns call out, over the cobblestone-street rhythm: https://www.youtube.com/watch?v=ZbHJHPTikQA 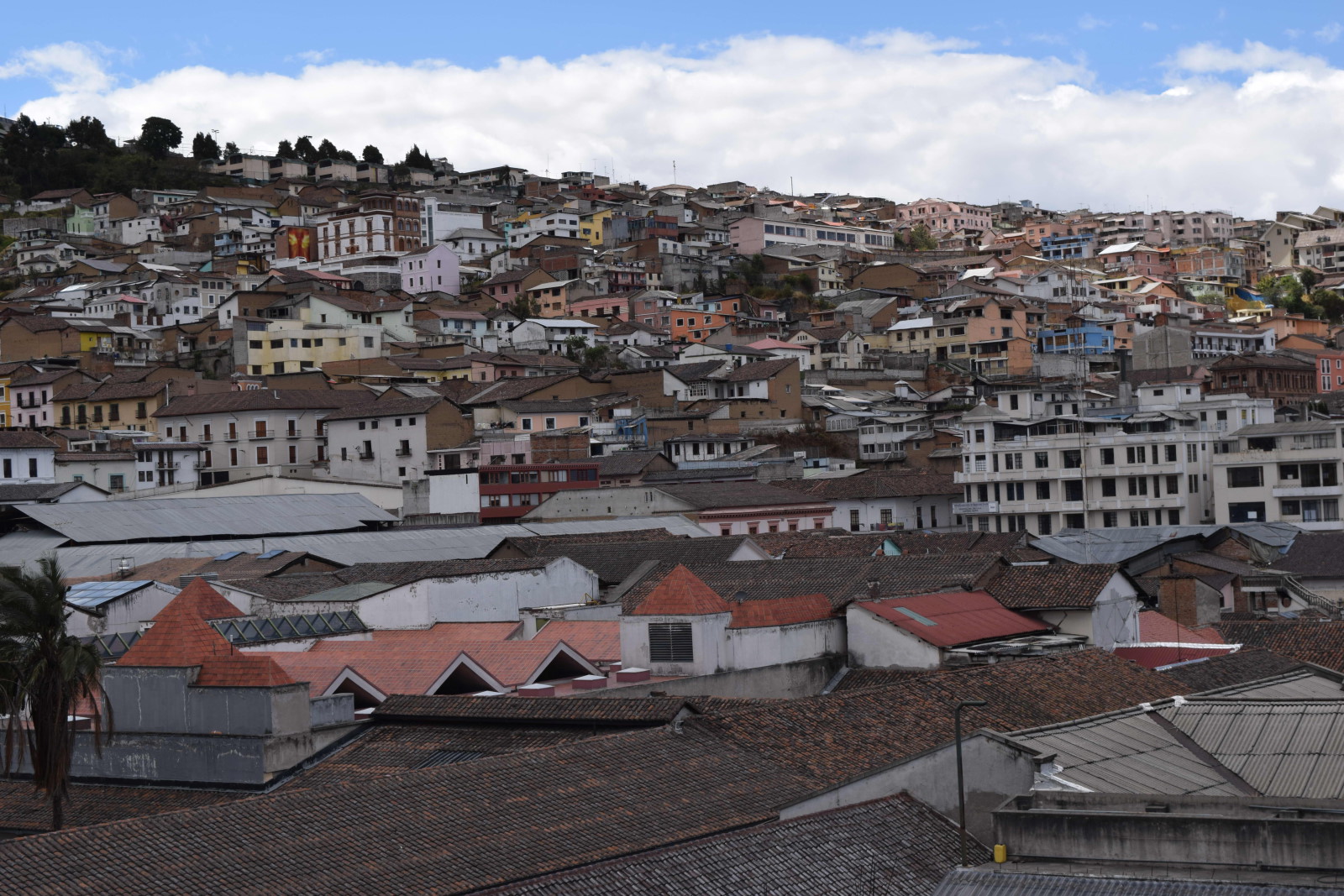 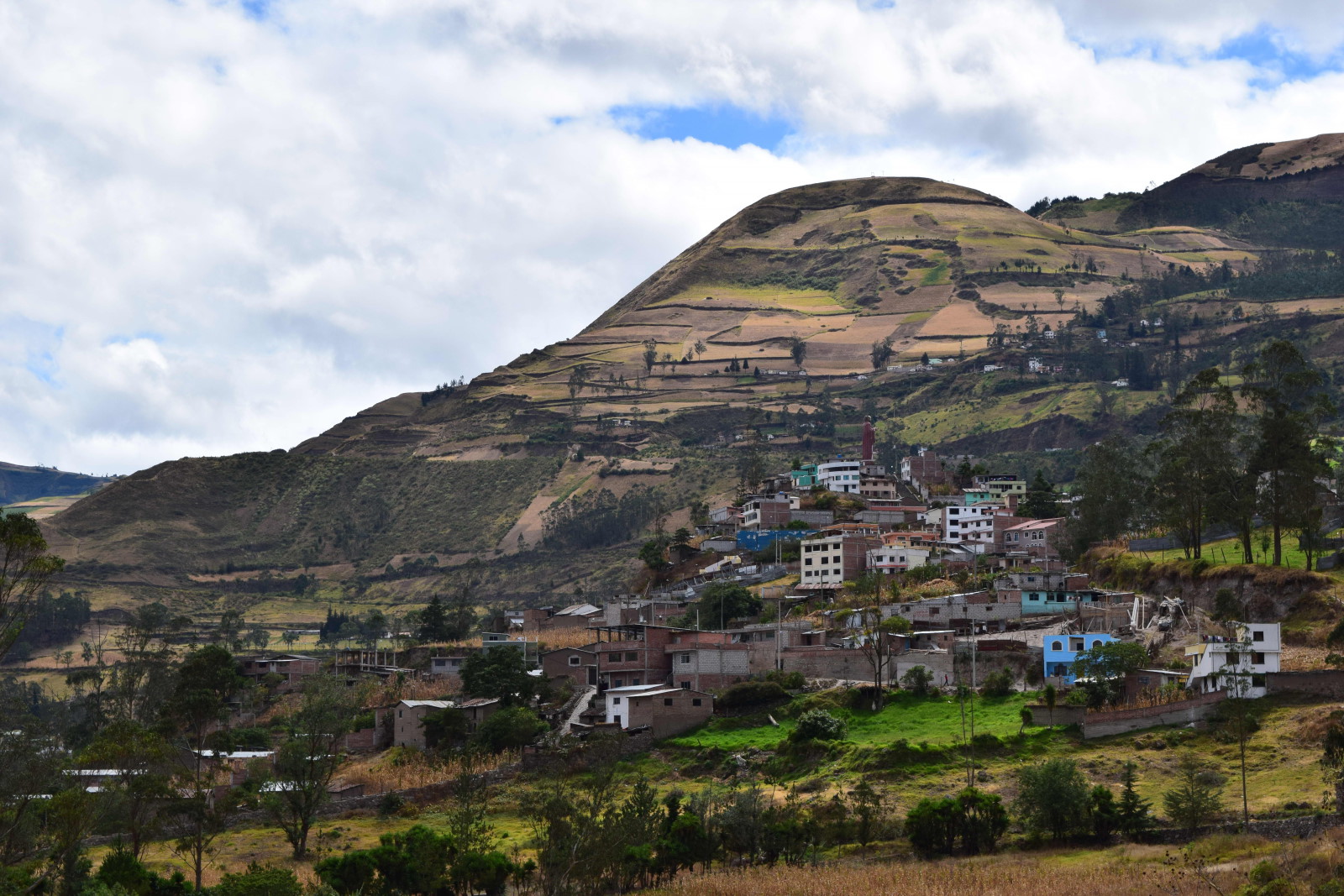 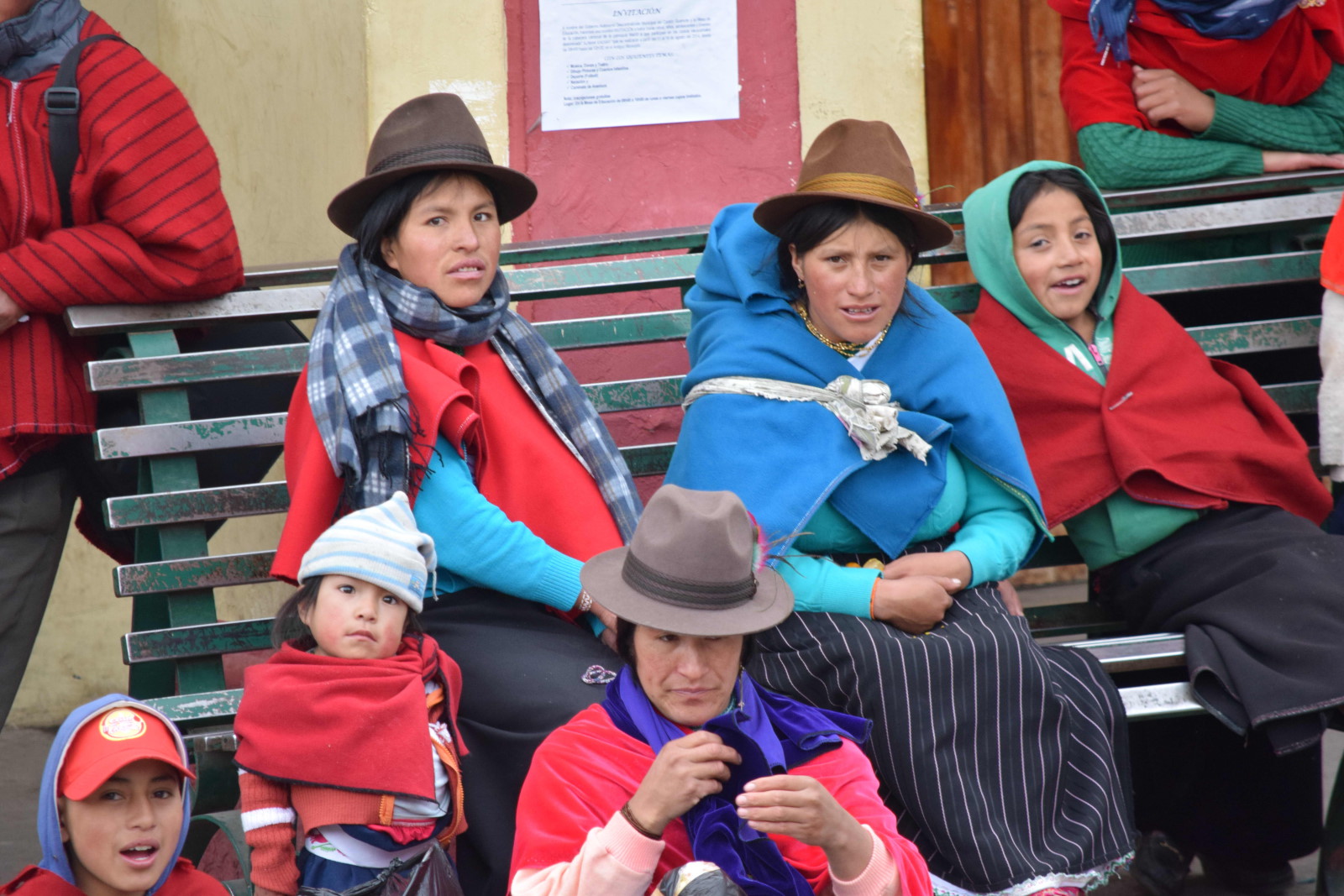 Hats for all these residents in Ecuador, in August? This must be in a high mountainous altitude. 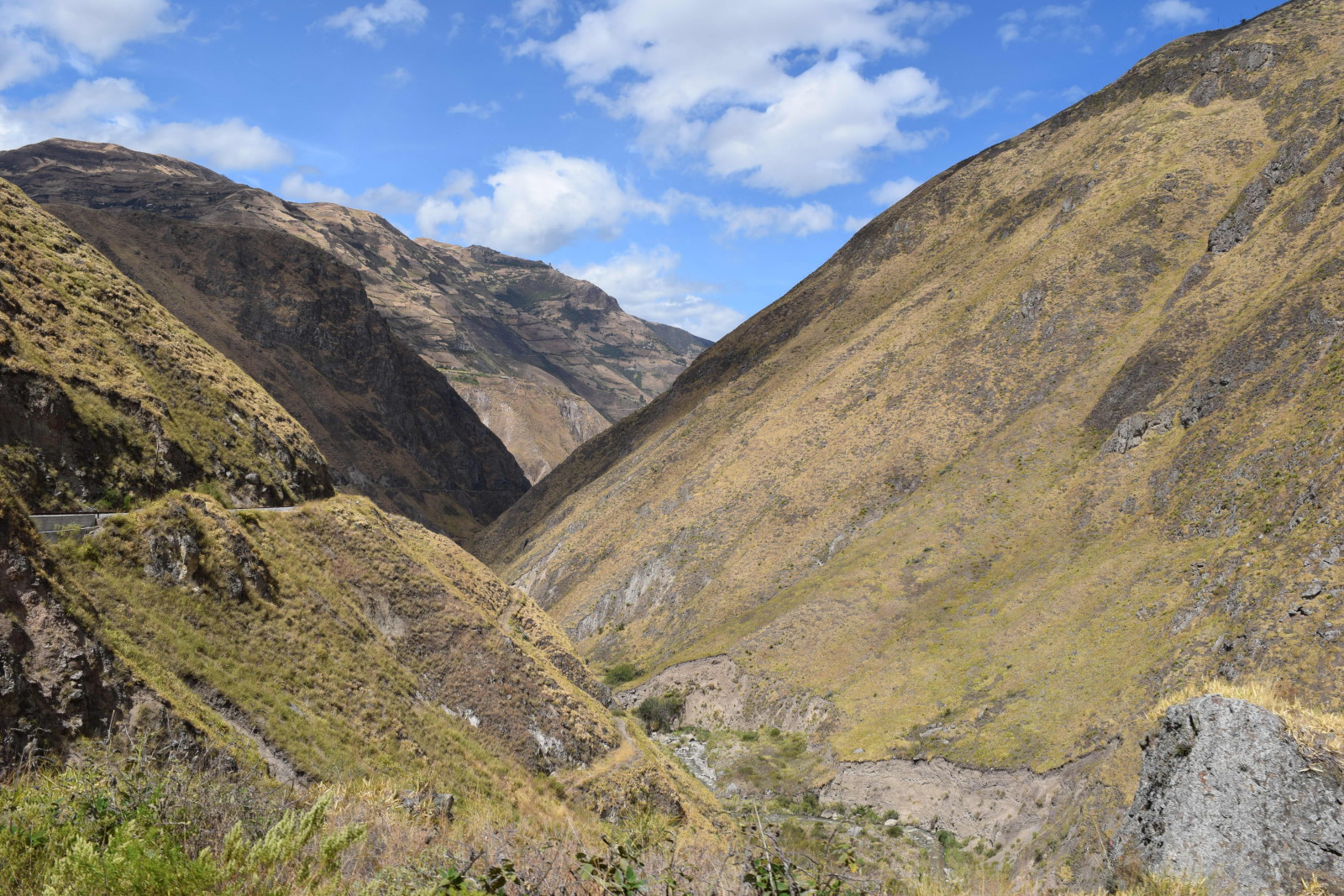 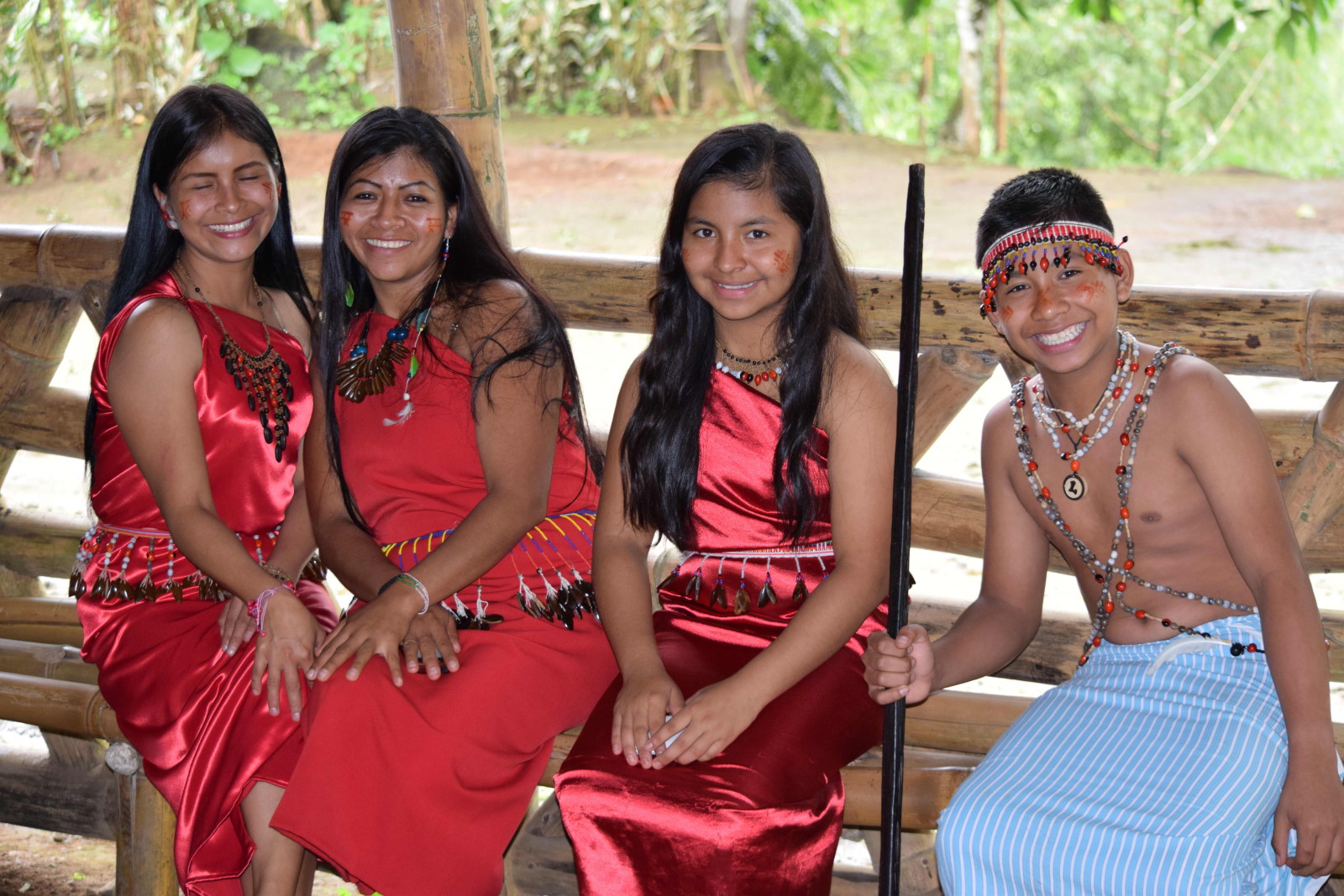 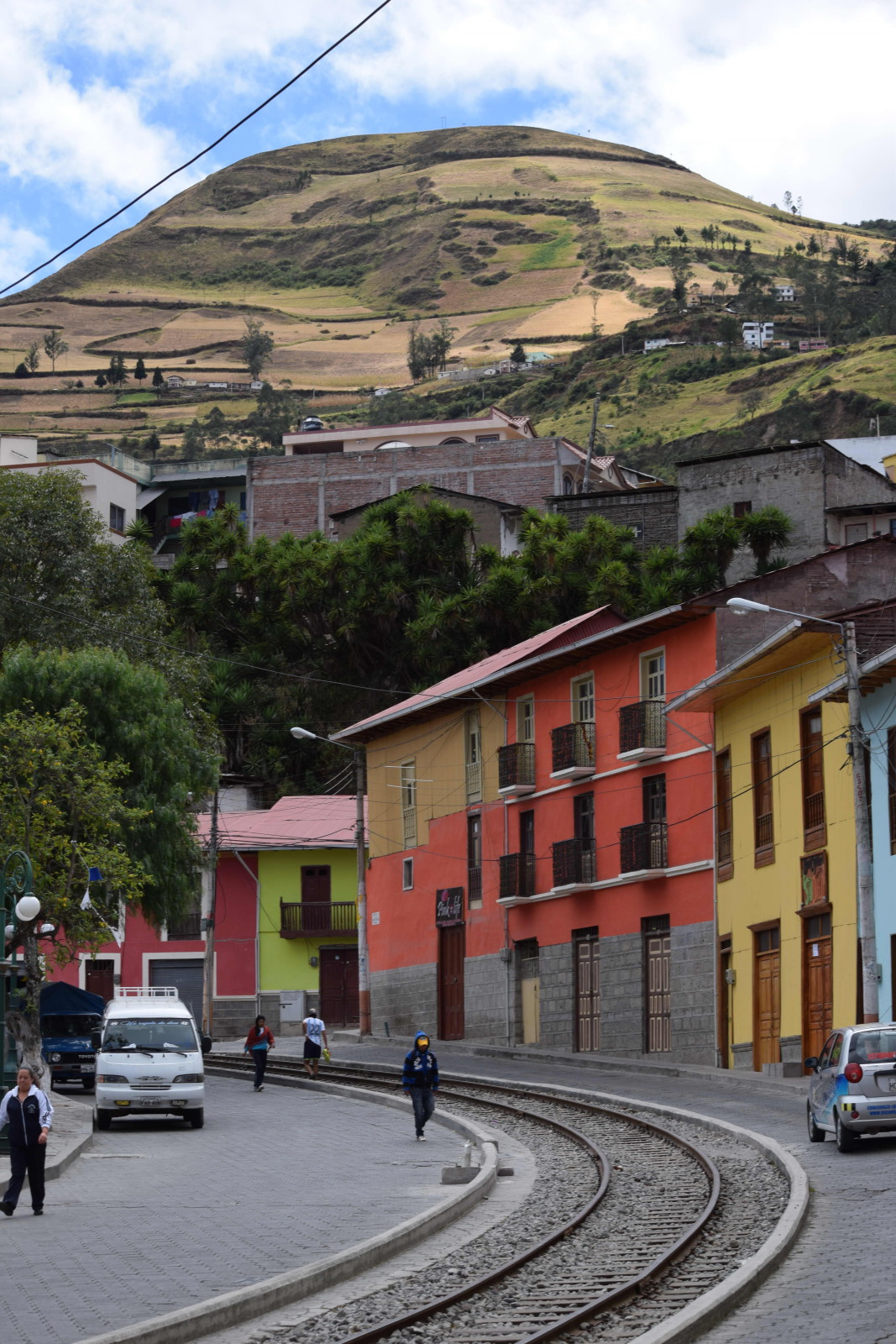 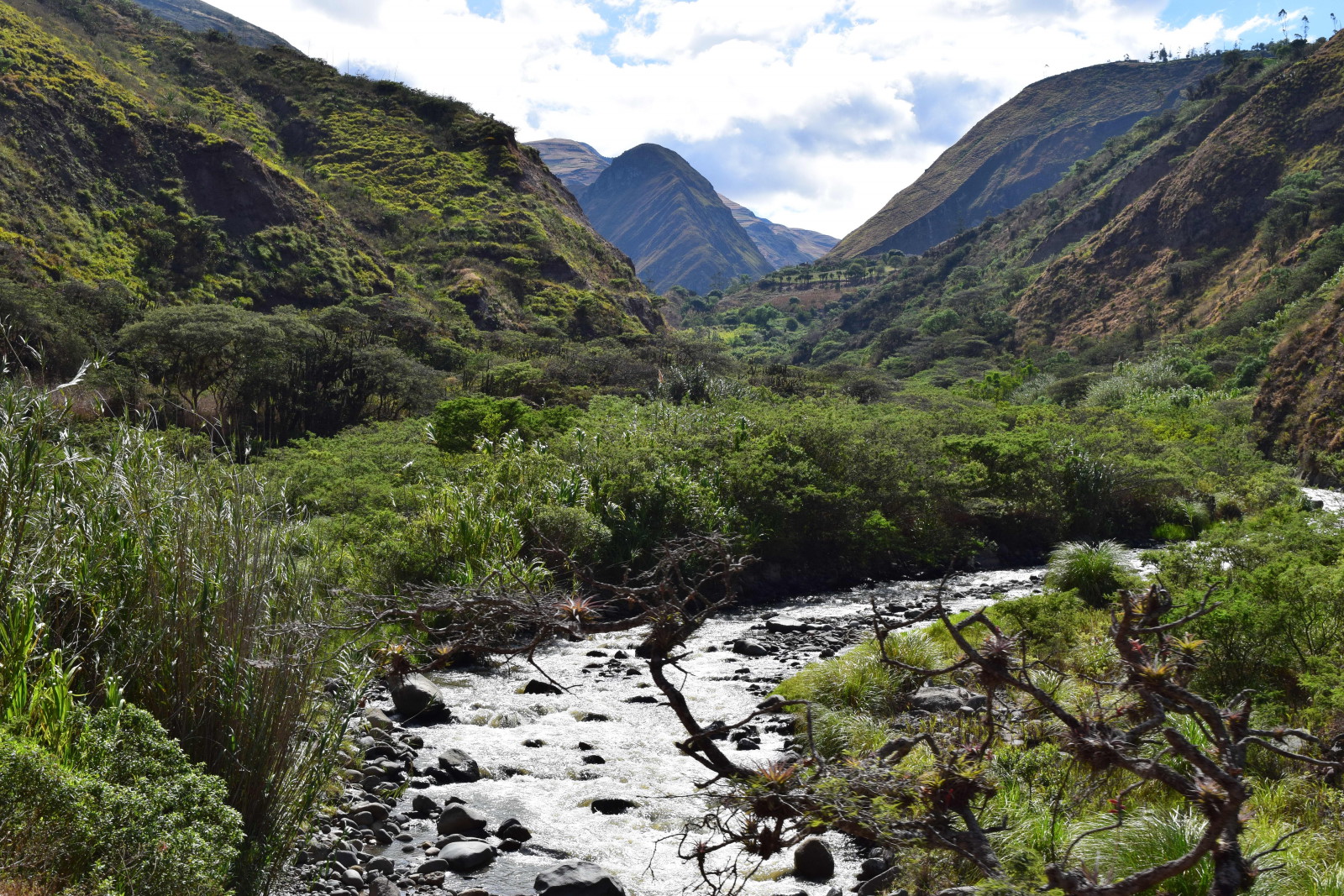 Verdin writes: “This picture (above) is of the Rio Bamba.  We rode from Guayaquil to Quito, from the coast, through the lowlands, into the mountains. Here’s the brochure with the itinerary:
http://trenecuador.com/crucero/es/guayaquil-quito/
“How’s your spanish 😉 ?
“The first day of the trip we rode through lowlands with cocoa plantations.  The pictures at the beginning of my album give you an idea of what that part of the country was like.  It seemed much more depressed than the other, higher elevation, parts of the country.  It just may have been the landscape that made it seem less prosperous.  Once we got into the mountains, people seemed to be living off the land more.  We would be riding through wilderness and I would spot someone herding their animals on rugged mountainsides at pretty high elevations.” 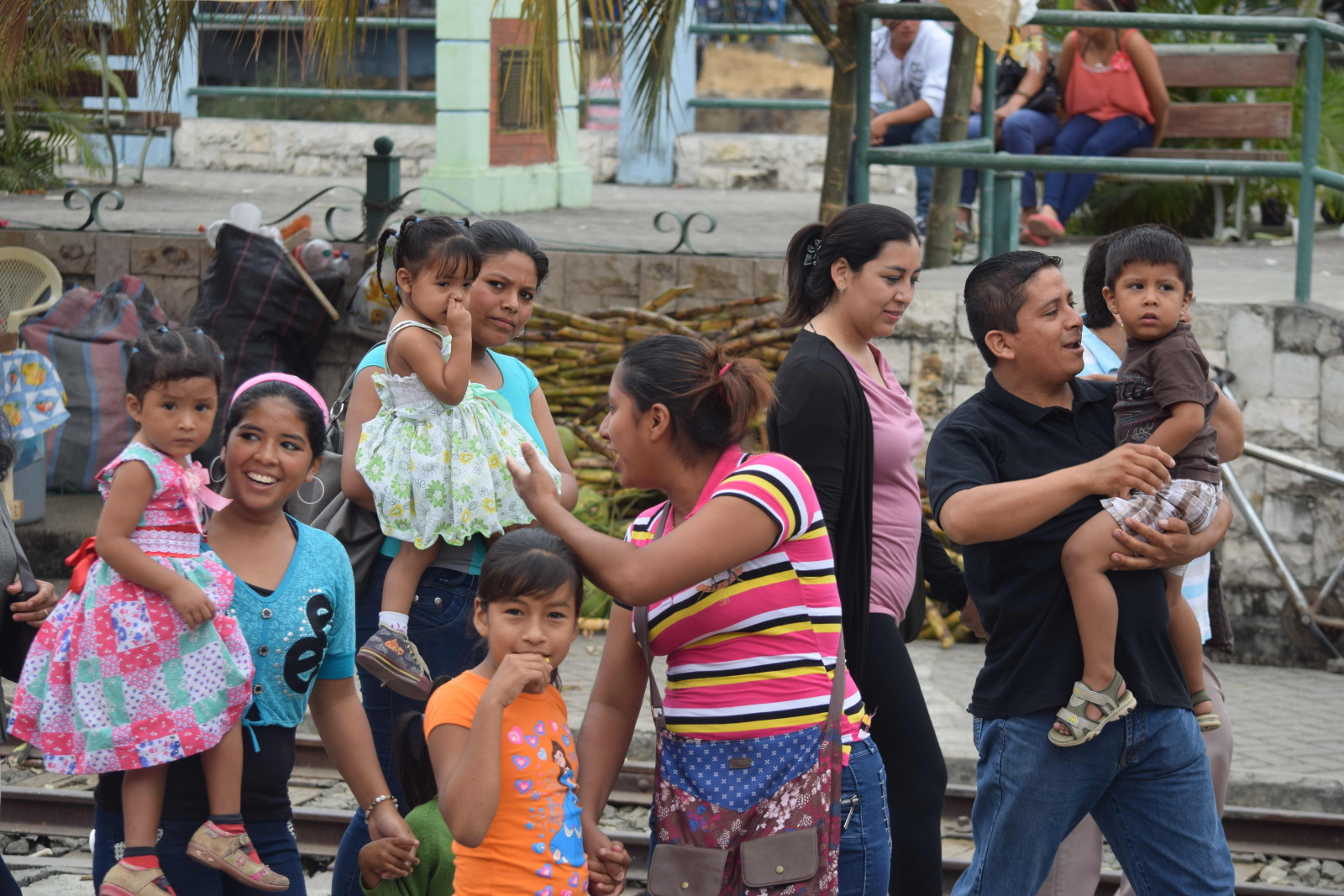 These Ecuador families came down to wave to the train carrying Americans Kris and Jim Verdin. Kris also saw women pressing juice from the sugar cane stacked in the back ground. 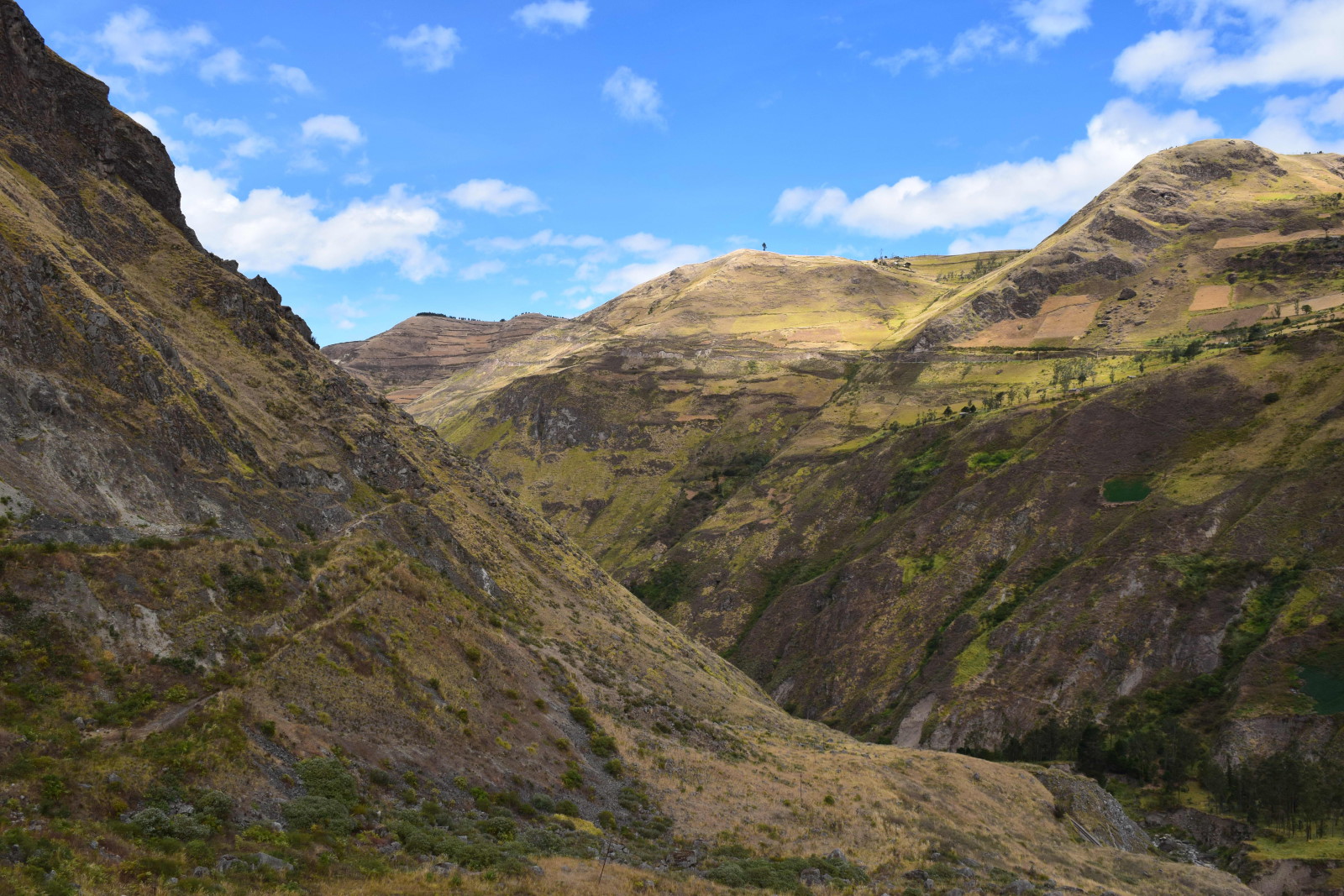 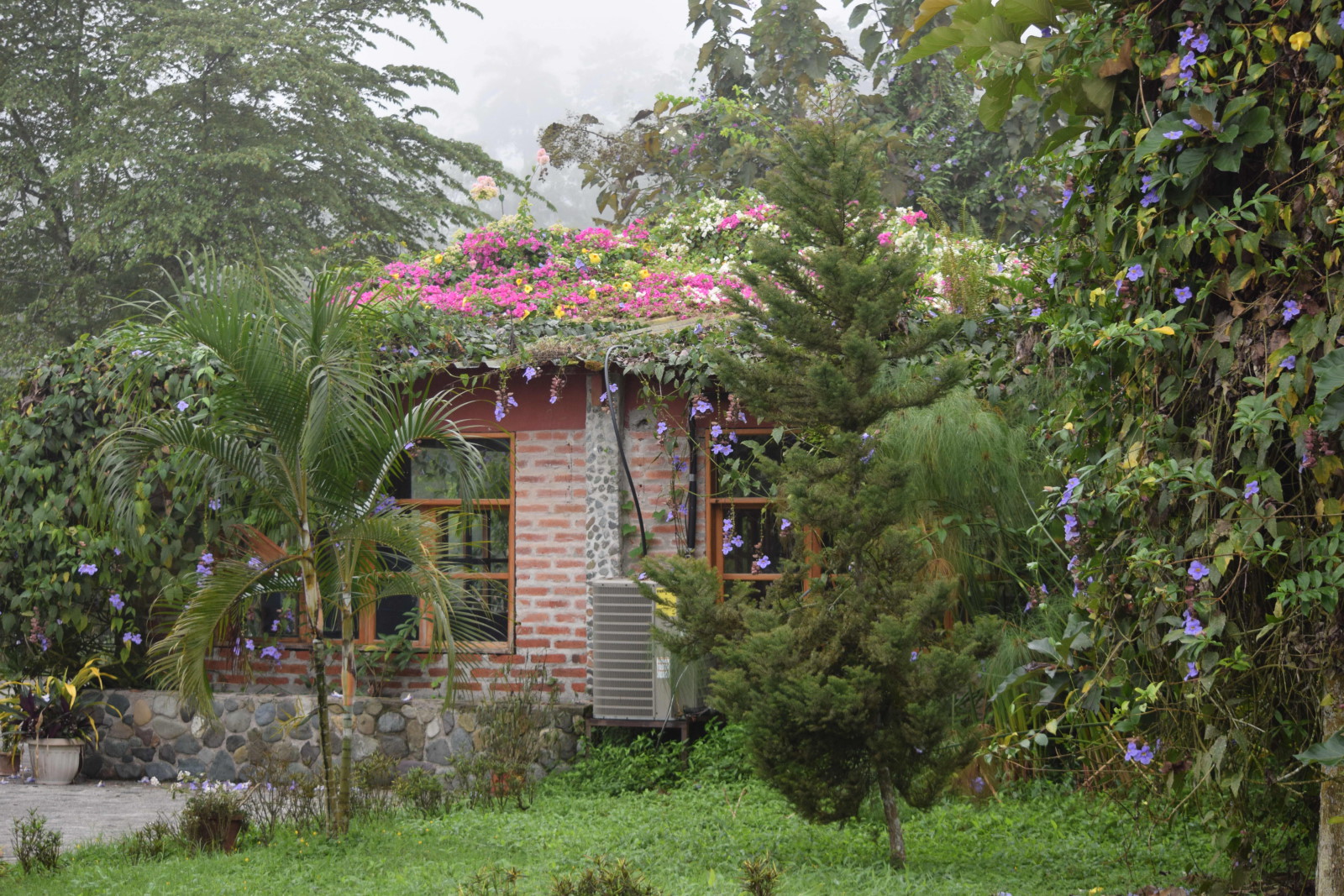 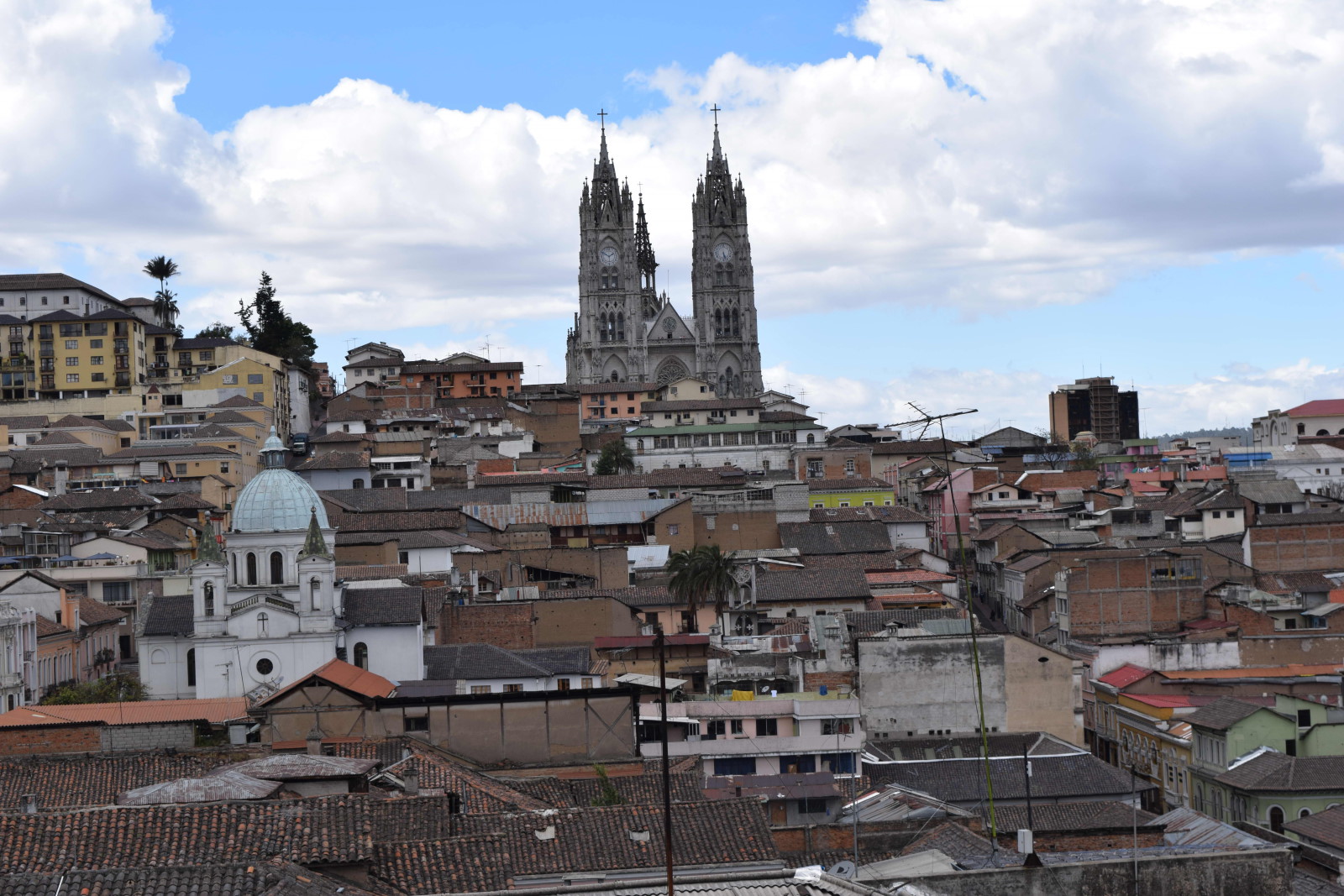 A striking view of Basílica del Voto Nacional or ‘basilica of the national vow,’ which lords over Ecuador’s capital city of Quito. “The vista with the basilica in the back is of Quito, taken from a restaurant that had great views of the city,” Verdin commented. 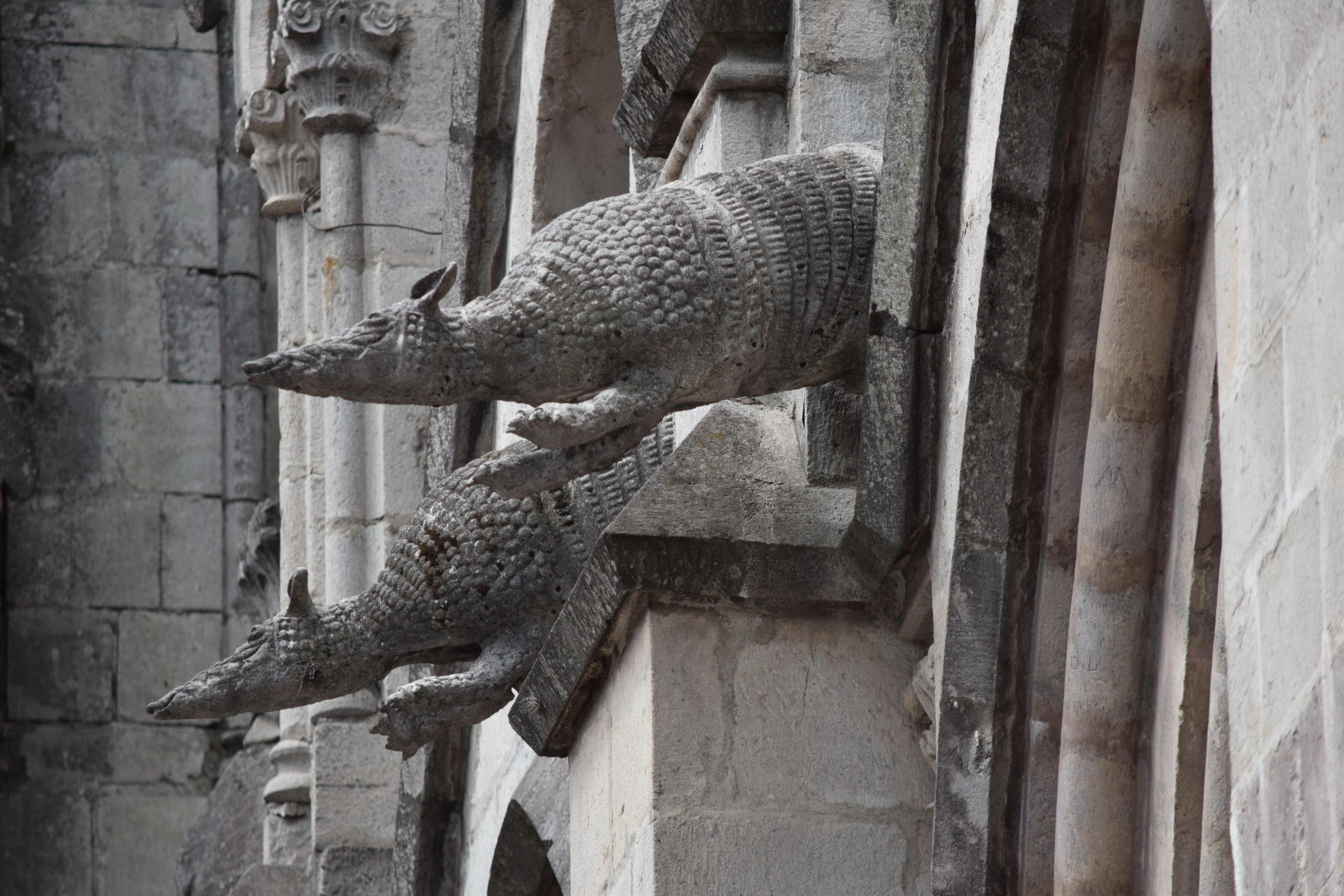 A detail of armadillo gargoyles on the façade of Basilica Del Voto Nacional. The armored, ant-eating mammals, indigenous to the Americas, still live in the wilds of South America. 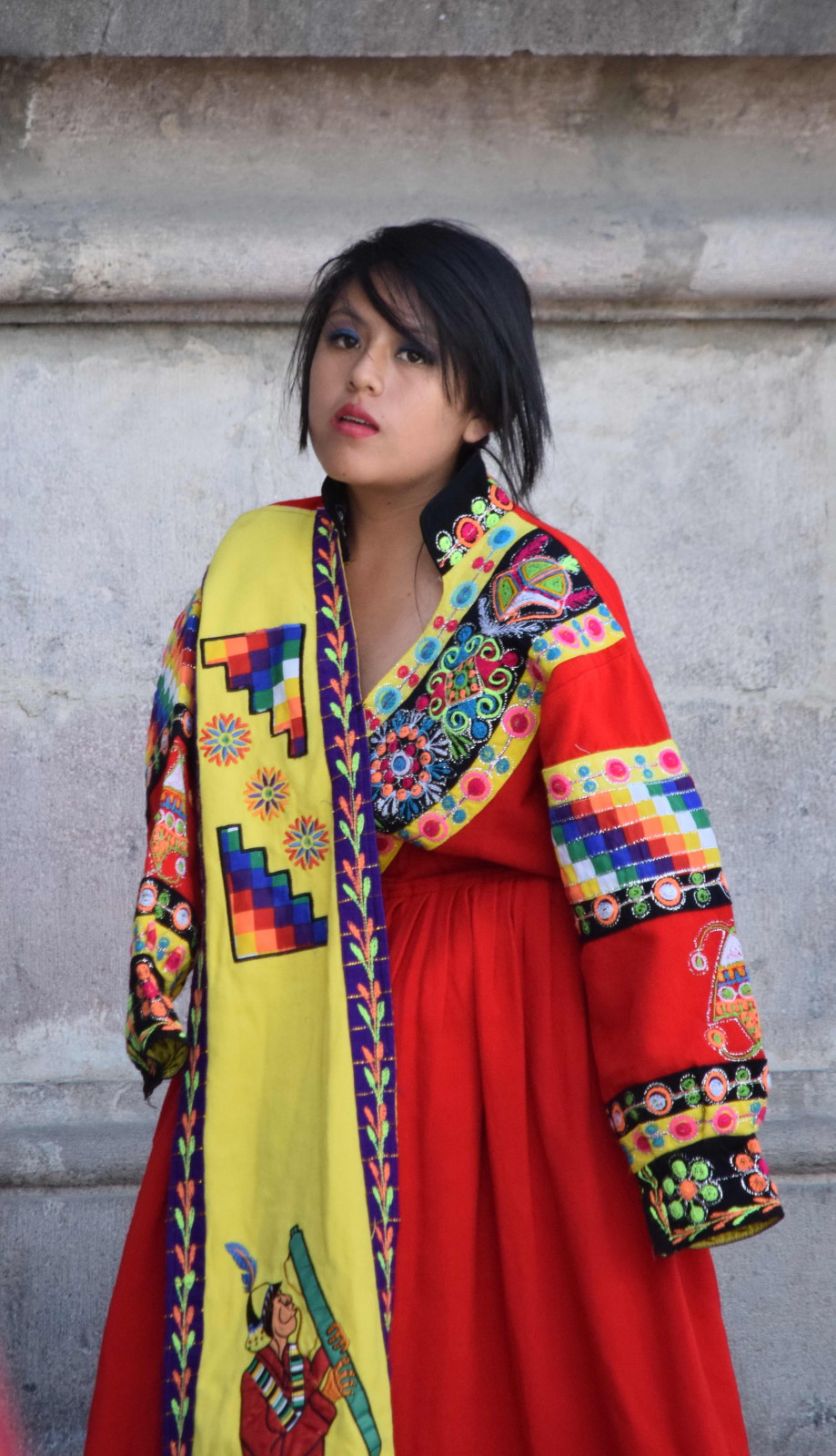 Kris photographed this beautiful young native woman with her stunning garb exiting the basilica, after she performed at a service or celebration in the church. 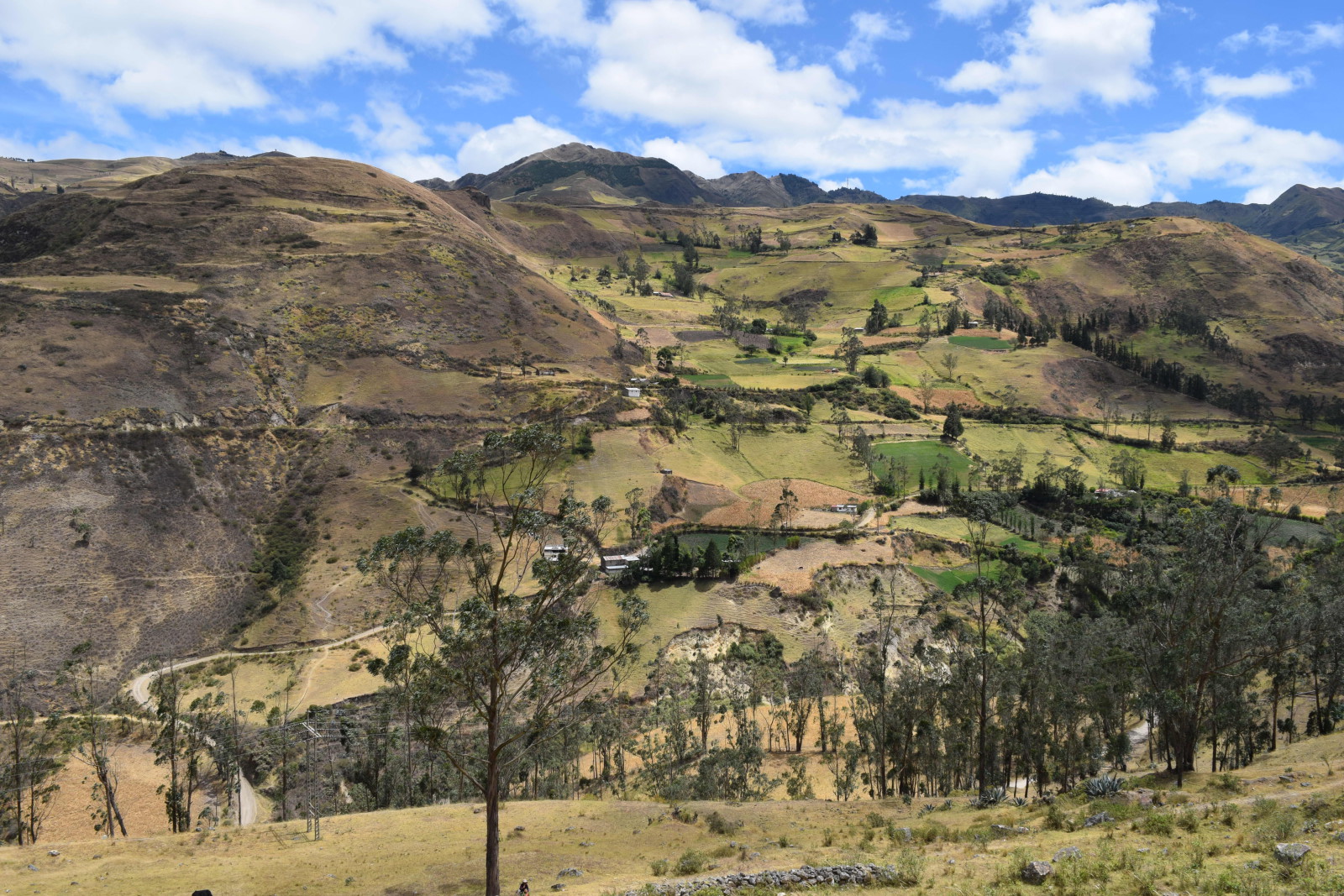 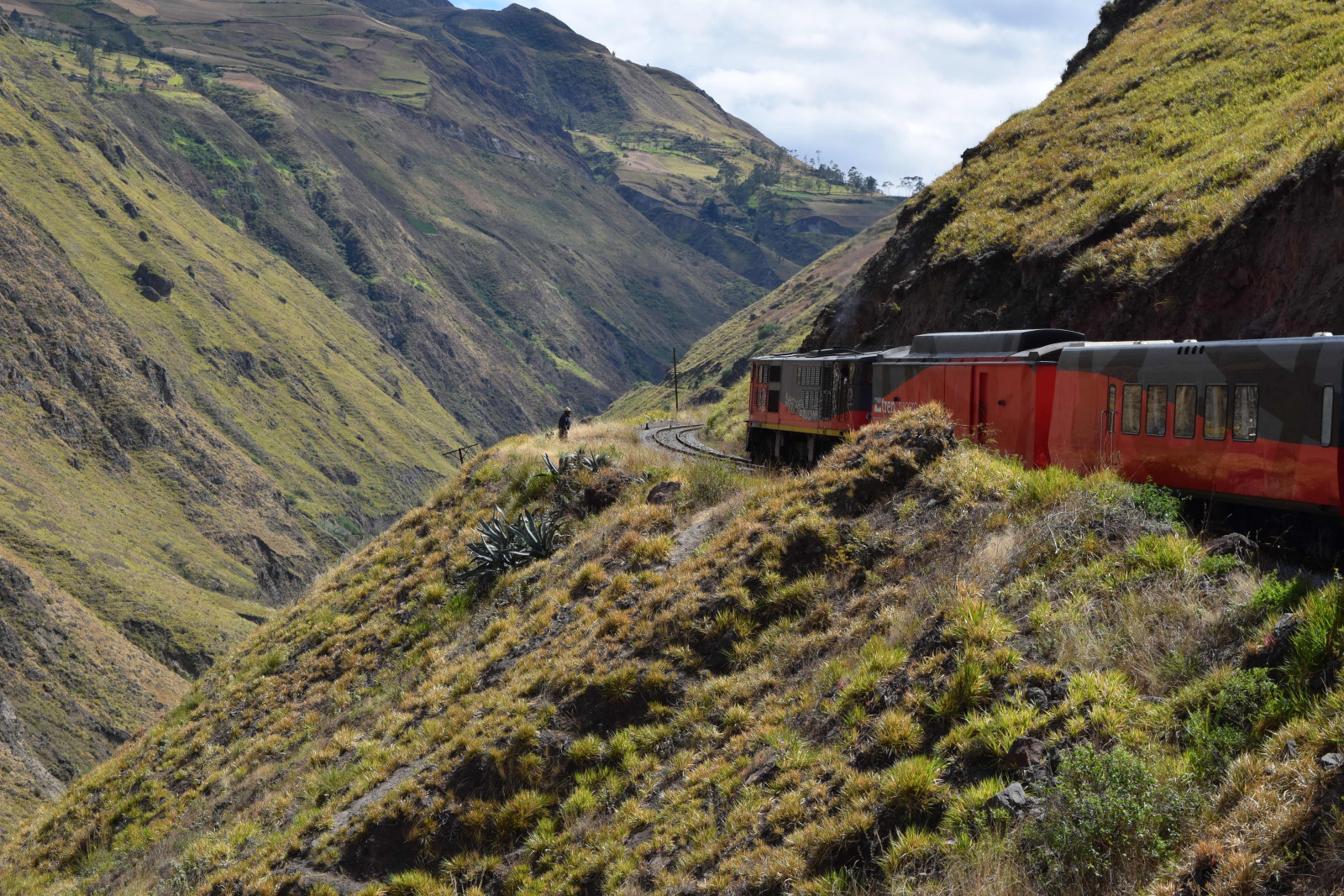 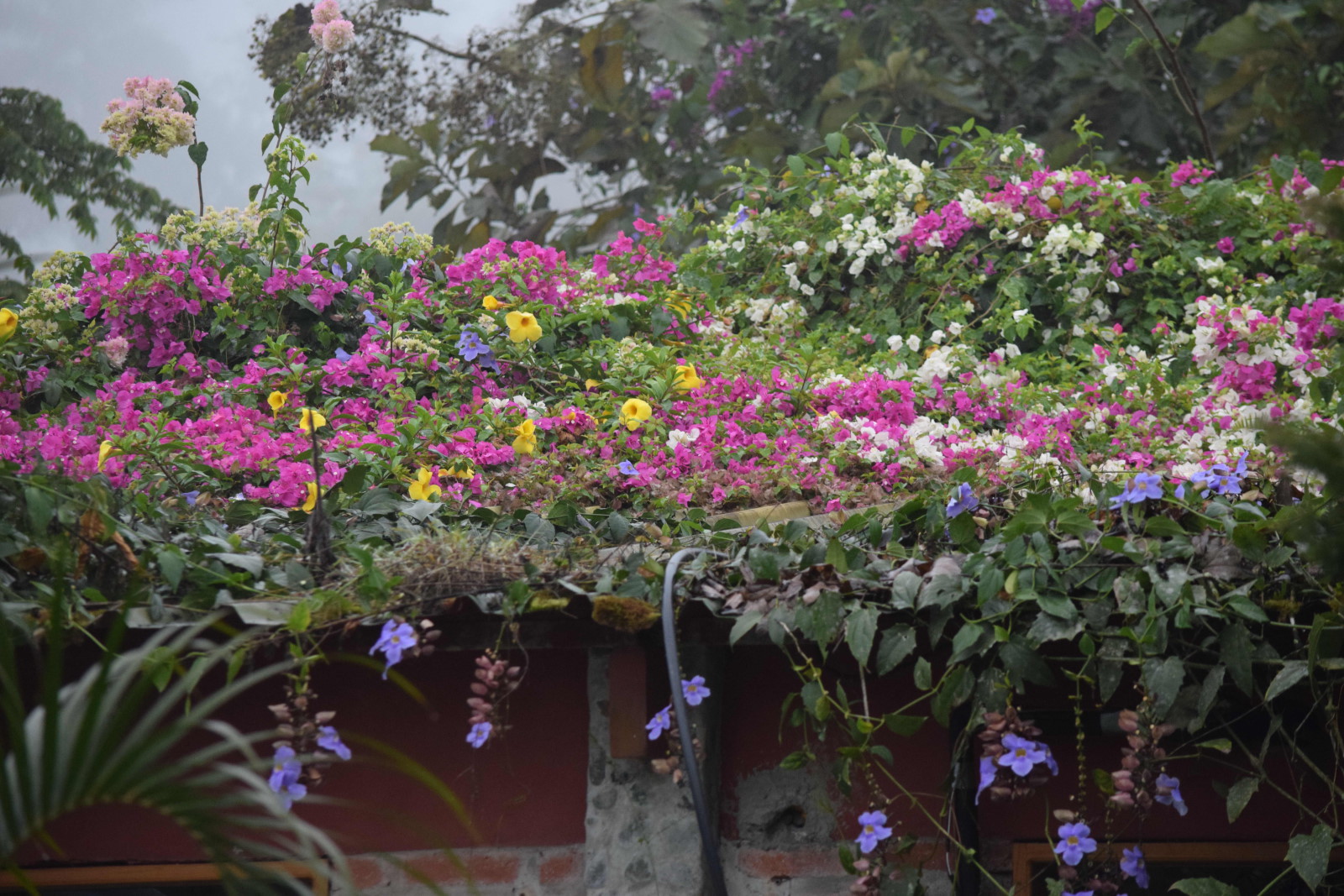 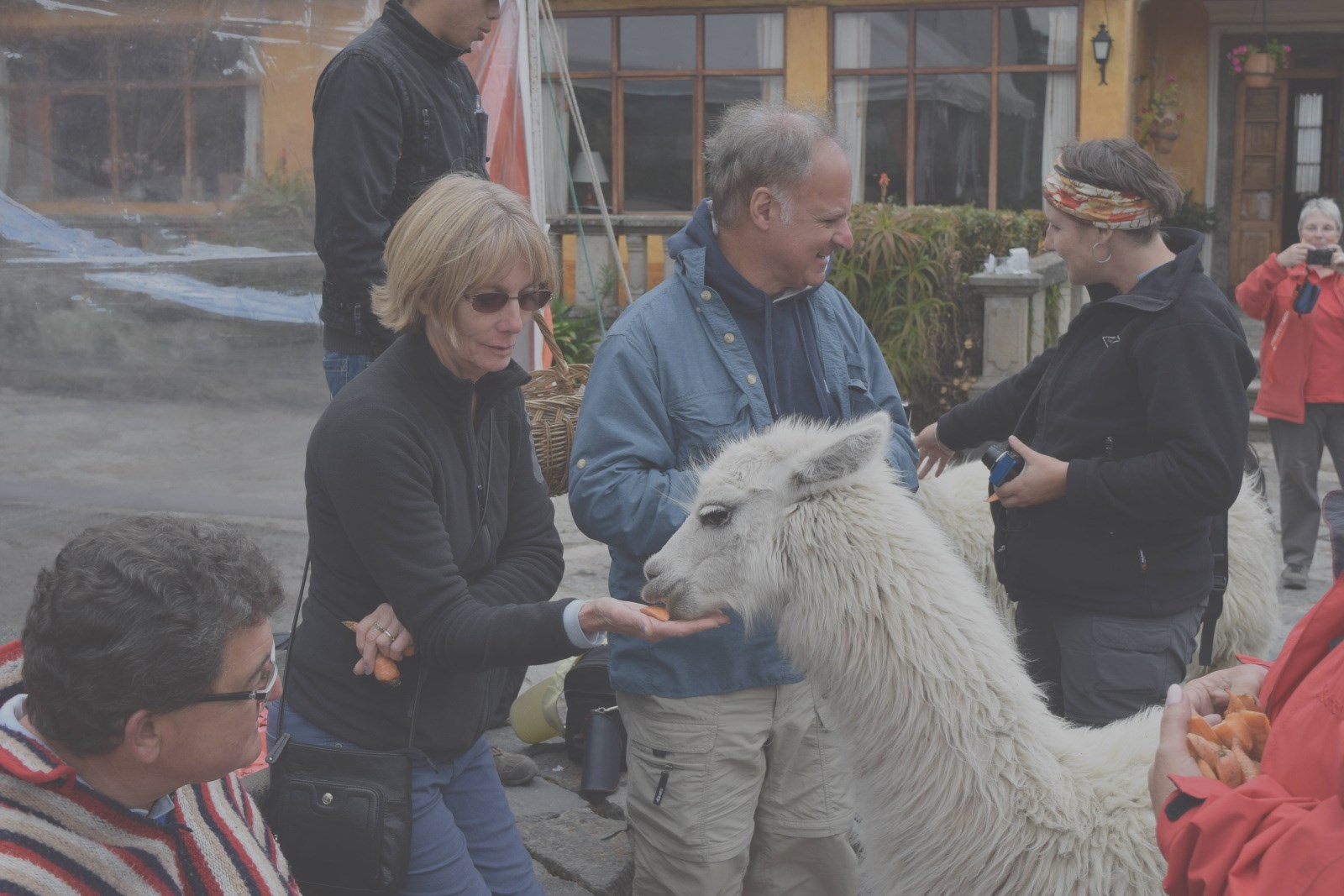 Kris Verdin (foreground), making friends with a llama, took all the photographs reproduced above. This photo is by Jim Verdin. 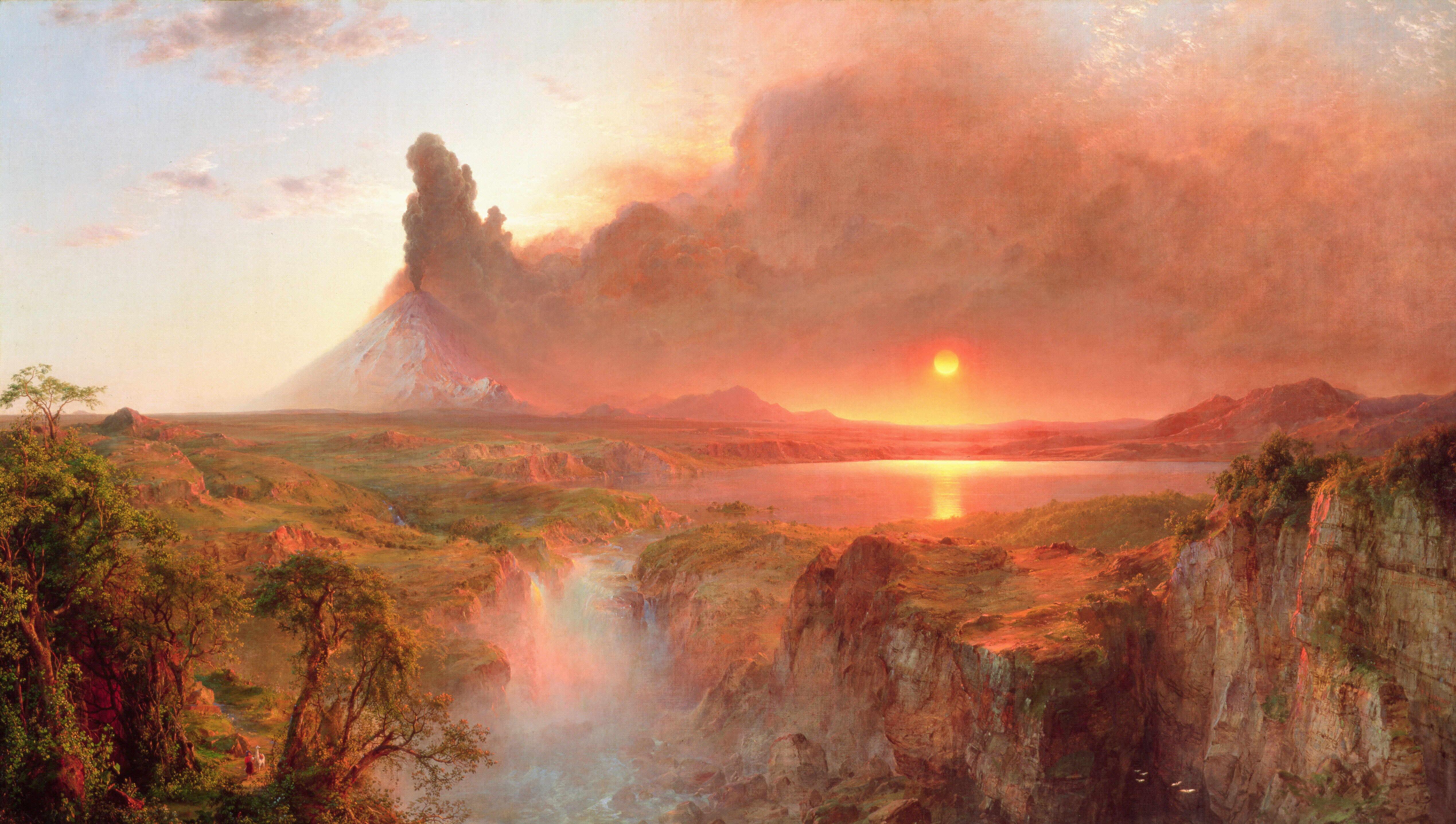 “Cotopaxi,” Frederick Church, oil on canvas, 1862 (I recommend zooming onto this image to get a better sense of this huge painting. Notice details such as the birds flying in the lower right corner and, in the lower right, a native with a llama, which seems to  peer at the birds far across the abyss.) 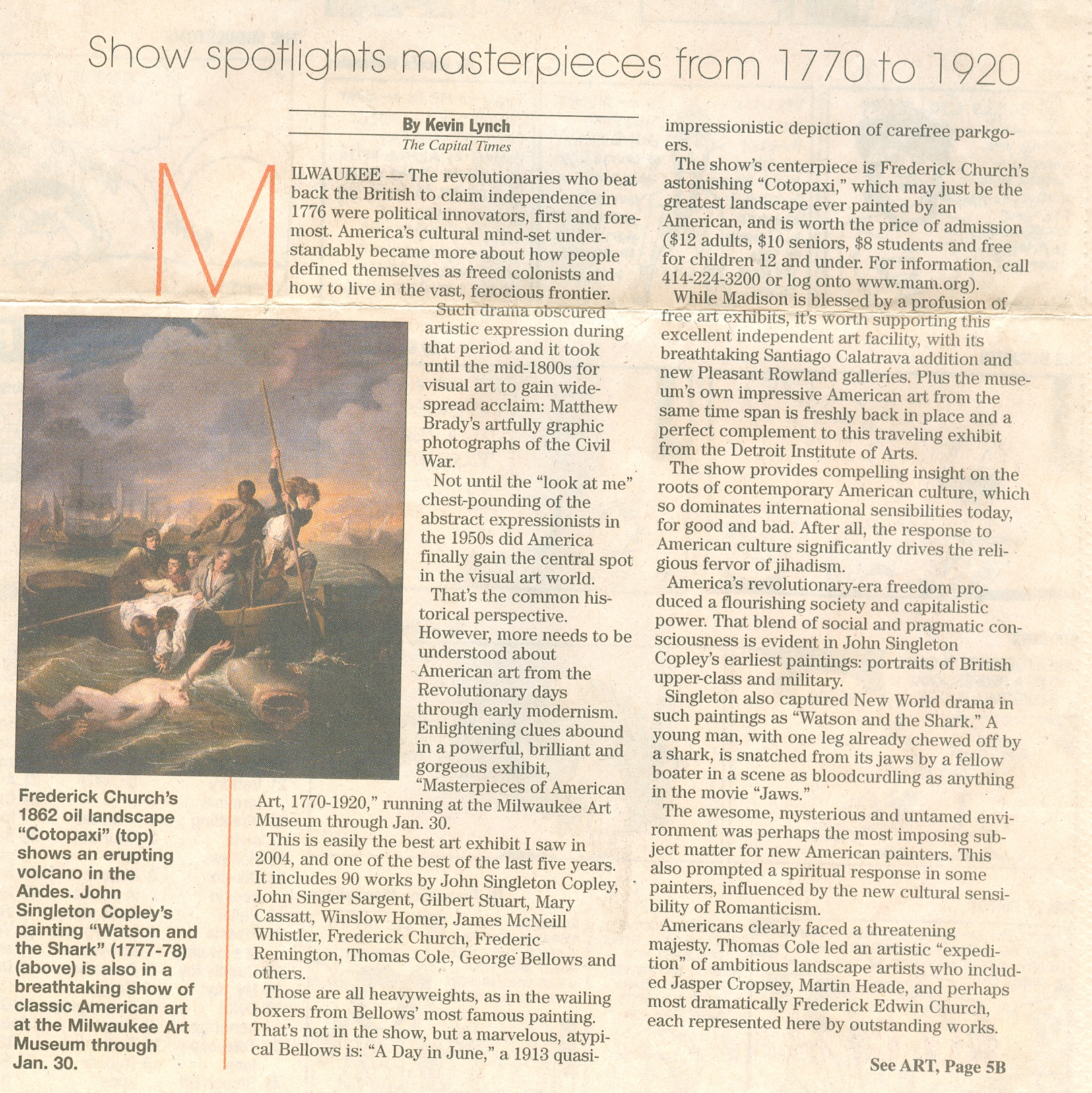 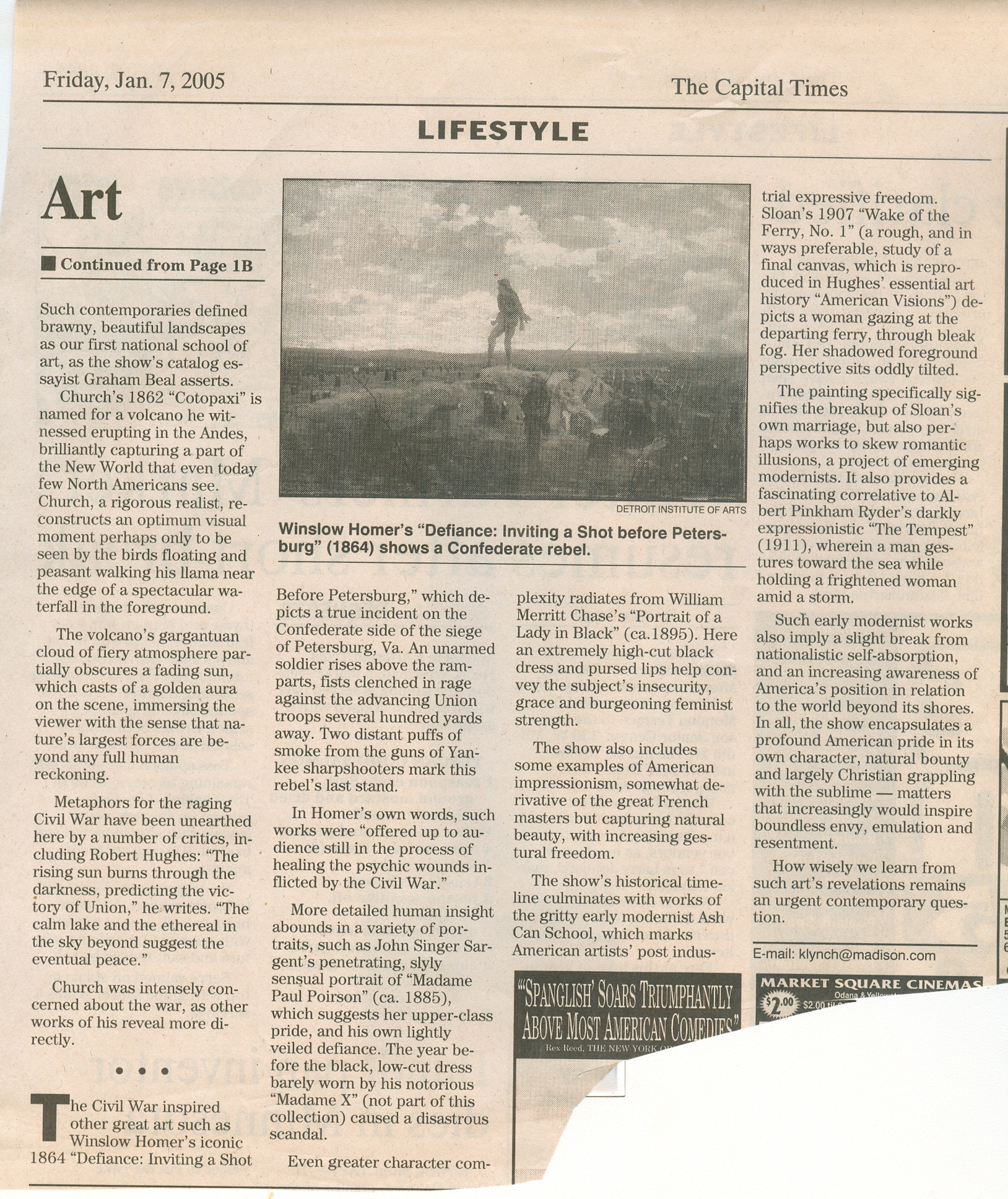 One thought on “Discovering Ecuador’s color, bounty and majesty in August of 2014”