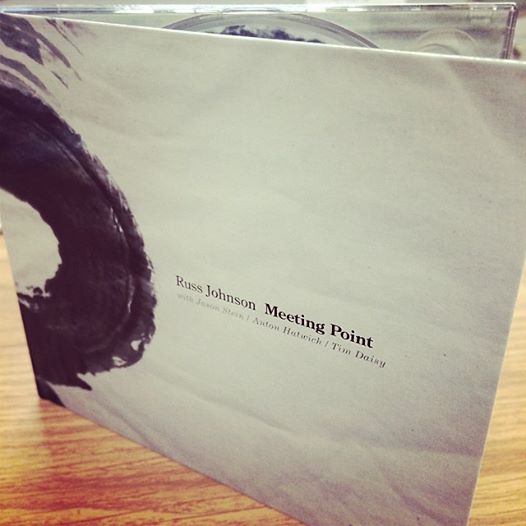 It’s no secret that the bass gives the gas to funk, as the pulse and the sinewy drive. Among wind instruments, the honking sax has mostly led the charge since the blues and R&B blasts of Illinois Jacquet, Maceo Parker, Stanley Turrentine and David Sanborn.

Then Bennie Maupin added a twist to the equation when his guttural bass clarinet slinked out of the ether to grab the music world by the throat in the intro-groove of Herbie Hancock’s genre-shattering jam “Chameleon” in 1973.

On this CD, Jason Stein reminds us of the sexy, sultry grit of that resonant instrument on “Lithosphere,” the back-beat bouncer that opens “Meeting Point.” As the album title implies, it might have been dubbed “Conversation,” also the title of three tracks of trumpeter Johnson in duet with his bandmates, not to mention the trumpeter-composer’s three-part “Confluence.”

But the talking Johnson does on “Lithosphere” sounds like sassy old Lee Morgan working the club. Which reminds me, I once wrote a short story about a working-stiff trumpeter who one day relieves his road-weary malaise by declaring, “Sometimes all I want to do listen to Lee Morgan play trumpet.” When a musician recalls that for me, he’s doing something.

Something else Johnson is doing is nibbling at new parameters for muted-trumpet playing. Specifically he’s pushing beyond the mood-enhancement aspects into the phrasing implicit in the mute’s sound, as the player transitions from note to note. So Sometimes Johnson sounds like he’s literally talking a new language. More to come from him on this for sure.

The piano-less two-horn quartet extends the freedom of the original Ornette Coleman Quartet, with a collective sound that derives its ingenuity, power and most of its harmonic implications from the interactive voices of two liberated brass instruments, often in seeming free-fall, like hungry raptors.

Still, its commonplace today to observe that such sonic cries derive roundaboutly from the blues, the basis of much of Coleman’s pioneering work. This proved that Coleman’s plastic alto sax and Don Cherry’s battered pocket trumpet could get the blues as well as Robert Johnson and his bedeviled guitar, hamolodically speaking, as Coleman would spend decades trying to explain.

Suffice to say, for this listener Johnson’s quartet finds the wind that’s always at the back of any good jazz group on “Clothesline.” I’m talking about tough-nosed swing. Anton Hatwich’s propulsive walking bass carries the day but, again, Stein gives his bass clarinet a gutsy whirl to remember, until Johnson flies in for some counterpoint — like two shirt sleeves dancing on the clothesline.

Remember that it was Eric Dolphy, not Maupin, who actually liberated the bass clarinet, as an interval-hopscotching free-bopper, and Stein would’ve likely never ventured into “Chaos Theory” without Dolphy’s beacon. 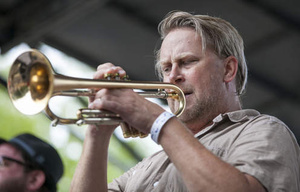 Johnson has done as much as any recent musician to keep Dolphy’s legacy alive, having performed the music from Dolphy’s classic Out to Lunch album at a special event honoring Dolphy, which included the unveiling of a bronze statue of the great jazz wind player at LeMoyne College in 2010 (Most of Johnson’s Dolphy interpretations are readily available on YouTube).

On “Chaos” Johnson’s own scrambles are tethered to sharp-yet-pungent accents. His mute playing emerges even stronger in his “Conversation” with drummer Tim Daisy, whose mallets simmer in a free tempo for the trumpeter to dive into. Johnson’s mute blowing wrenches a burning breath from his lungs, a virtual evocation of artfully desperate drowning.

Bassist Hatwich solemnly introduces “Half Full,” the album’s most impressive exposition of a theme, built on a mere pair of rise-and-fall intervals, but the melodic and rhythmic tension creates a plangent poignancy that suggests “Half Full” might as well be half empty.

Nevertheless, this piece and this album are no half-measures, rather a trumpeter-composer and his telepathic group in full-blown synchronicity.

Johnson’s quartet will also perform at 9 p.m. Friday, May 23 at Constellation in Chicago.