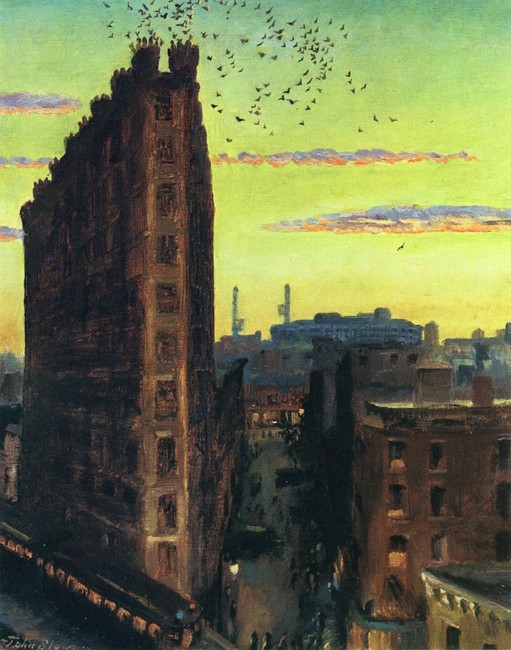 A friend of mine was recently pondering the peculiar aesthetics of the flat -iron style Trocadero building, visible as you begin the picturesque ascent the Holton Street bridge Milwaukee. I told her I’d share with her a painting the famous flatiron building New York with John Sloan captured in his famous “A view of the city from Greenwich Village” (recently featured here an viewable in the Fave Art archives, and an in this more contemplative sunset scene of the building.

You can see the odd triangular shape is dictated by the urban infrastructure of city streets and intersecting L train. Lands the cityscape a stately air of solitude and isolation. However, birds like most of nature, seem to enjoy the setting with unaffected playfulness, a kind of consolation for the lonely urban dweller.

Sloan’s vivid observation of urban life included his magical evocation of that great working-class entertainment, in “Five-Cent Movie” an oil from 1907. 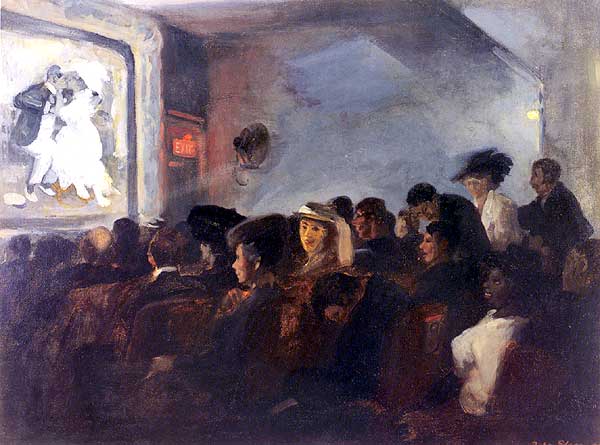