Milwaukee, Wisconsin — I admit it now, I was slipping into a Desperate Househusband mode, even though the only husbanding I do is for Mrs. Maggie, my feline housemate.

Actually it’s desperate consumer mode, an internal creature forged from modern marketing and the perpetual seductive convenience of all types of consumer-catering stores in America, epitomized by the super mall or the super store like Walmart.

Or perhaps I could say I was desperately seeking convenience, a sort of pathetic tautology. If the convenience is almost inevitably available, as it seems to be for most legal practical or hedonistic “needs” — between retail and online sources, the desperate seeking should never really arise.

I’d gone to several hardware stores, then to Home Depot, where a clerk told me that Walmart would have the kind of plastic balls you place in a dryer to help distribute and efficiently dry your clothing.

“I don’t patronize that place,” I said with a tinge of self-righteousness. As soon as my excellent neighbor, Stefanie Maloney, — a laid-off schoolteacher teacher victimized by Gov. Scott Walker’s policies — moved out and took her dryer balls, I realized how effective they were. Without them, I’d recently needed three cycles to dry a modest load of mainly white socks.

Understand, I’ve never patronized Walmart in my life because I am offended deeply by their corporate strategies of moving into retail areas and wiping out local small business competition with their carnivorous “we’ll-sell-you-anything-for-a-bit-cheaper” stores. The second big reason was the well-documented policies of employee exploitation.

But there I was, finally parking in the lot and skulking in with a slightly knotted feeling in my gut. I never did find those dryer balls, but I had a moment of creative redemption standing in the aisle of detergents and softeners. Why not just cut up some pieces of wood and toss them in with the wet laundry? Of course. That will be my solution.

However, the voracious music consumer in me fell prey to Walmart seduction: a big circular bin of CDs, for five bucks apiece. I felt a bit shameless digging through these loose piles of plastic CDs for a cheap deal, as a Walmart Lucifer sneered somewhere nearby at my fallen principles. Yes, I found a re-issued-and-remastered version of Curtis Mayfield’s classic soundtrack music to Superfly. Lash me dear conscience, I couldn’t resist, so I walked up to one of the registers, eager to get out of this place.

And I’ll be damned but my worst suspicions…

The young African-American cash register girl speaking to the woman in front of me mentioned how tired she was.

“Oh, that’s tough,” the customer said. “I know, especially dealing with people all that time.”

Having overheard this, I couldn’t resist when I stepped up to her.

“Did you say that you work seven AM to ten PM?”

“Yeah, I’ll be working those hours for the rest of the week,” she sighed. It was Monday.

“I sure hope you’re getting paid well to work such long hours,” I said.

“Sorta, kinda,” she answered, with a wry smile.

I realize this is one anecdotal incident. But remember, this is the first (and likely last) time I’d been a Walmart customer. What are the odds that the first-cash register person I would encounter would confirm my negative perception of Walmart employee working policy, in a spontaneous conversation I overheard? I really never would’ve asked her about it if she hadn’t been complaining to the woman right in front of me.

I’m sorry, but the odds of that first-time Walmart incident speaks volumes to me. An eleven-hour work day at a cash register. A 55-hour work week, at least that week.

Sure she apparently had the weekend off but was too gracious to indicate how frequent 55-hour five-day work weeks are.

She seemed like a plucky young woman and did her job quite well. But I’m sure she feels lucky to be employed with no other viable option, so she endures exploitative of hours and poor pay.

Of course there is no union at Walmart, so let’s switch gears to contextualize this sad, little story. In Dan Kaufman’s New York Times Magazine article from last Sunday, May 27, “Land Of Cheese and Rancor: How did Wisconsin get to be the most politically divisive place in America?”, the author explores Scott Walker’s now-infamous divide-and-conquer strategy against Wisconsin’s middle and working class. Kaufman notes that even some Republicans lamented the end of the long bipartisan consensus on labor rights that has stood for half a century in our state, known for its progressive tradition. Walker, with astonishing arrogance, told an AP reporter that the bill was “innovative” and “progressive,” words which must’ve stuck in the craw of anyone who cares about the tradition built by such political firebrands as the Sen. “Fighting” Bob LaFollette. “’Not in 50 years was there ever a partisan vote on those contracts,” notes Wisconsin Sen. Fred Risser, the nation’s longest serving state legislator. “They were almost always unanimously accepted.”

Dick Spanbauer, a former Marine and self-described ‘pro-life and pro-family Christian,’ was one of four Republican assemblymen to vote against the anti-collective-bargaining Act 10. ‘The leadership told me,” Dick, we don’t need unions anymore, “’” he told Kaufman. ‘Really? What’s changed? The company is going to say you don’t need to work 12 hours?”

Not quite at Walmart, which seems P.R.-savvy enough to not force 12 hours because that figure signifies a literal whole day of labor. So they force 11 in their infinite wisdom.

“‘They do not understand anything about the working class,’ Spanbauer said about his Republican colleagues. ‘They thought you could just go crush somebody’s voice and get away with it.’” Spanbauer is retiring this year. But he’s apparently not one of that peculiar brand of tea-party Republican. He retains his common-sense principles, because he knows there are thousands of laboring people in this state, like that checkout girl at Walmart on Capitol Drive and Holton St., working far over normal working hours for poor pay.

Consider that, If Walker wins the recall election on June 5 and Act 10 becomes a nationally conceded conservative policy, as it may well. That’s why Walker has reaped $25 million in out of state fat cat money trying to buy this election for him and their far-right movement.  So much rides in the election, regarding the survival of a fundamental democratic value of fairness.

Human laborers are not plow-horses nor should they be any kind of beast of burden. Yet, unless voters change our leadership June 5, what hopes will someone like that hard-working checkout girl have of getting fair labor representation, as long as she works there, or any comparable working-class job?

Otherwise, that hope seems as flimsy as one of the plastic shopping bags that drift across the Walmart parking lot, like the ectoplasmic ghost of another consumer impulse.

She seems like a Cinderella forgotten by her Prince Charming; no better off than Samuel Beckett’s perpetually waiting, inexorably fading tramps. 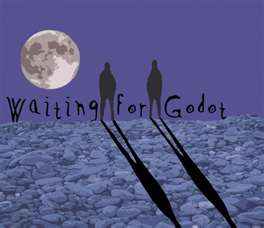