While I’m on a list-of-greatest kick…Most of us like lists I think, because they’re so debatable, and second guessable ( Is that a word? Second-guess me.)

–          The Paul Butterfield Blues Band (eponymous) 1965/also East-West 1966. Pretty damn close to THE Band, depending on my mood. They ground up the blues like deli fools and swung ’em like a buncha punks tough enough to laugh em’ off. Then, on the second album, came the song that sounded like forever in several musical languages, conceived in Bloomfield’s insomnia-raga fever. The the band embraced it with gusto — wrangling, slashing and runnin’ like two trains. Then they let go, mid-stream, and breathed in deep satisfaction over the air-borne beauty they’d unleashed. Finally a flaming exclamation point from Butterfield’s harp. Amen.

–          Guy Clark — Hindsight 21-20: Anthology 1975-1995 2007 I always think of Clark as the true, eagle-eyed craftsman, leaning over, breathing heavy, as he tools a guitar ever so finely and then he sits back and sighs, finger plucks a chord and…out burps the first-phrase of a song with the words fitting its softly-sanded shoulders like finely-hammered brass filigrees. And then the man grew older, carrying a crusty grace in a lumbering stride, but he kept picking and sanding and driving that L.A. freeway till he finally got killed or caught.

–          Bob Dylan —  Freewheelin’ Bob Dylan 1963/ or Blood on the Tracks 1974/ also Blonde on Blonde 1966. This follows The Bard from his peppering the old Smith-Corona like a madman creating scenes as rich and deep as the dreams he was almost afraid to confess but couldn’t help himself. And then two versions of an older man with plenty to say: railing, moaning, bitching and sailing. Blonde 2 is the man falling back relaxing, and finding his long, romantic stroke.

–          Steve Earle – Guitar Town 1986 / and Copperhead Road 1988/and  Steve Earle and the Del McCoury Band The Mountain 1999 Here’s a perfect portrait of the nothin’-to-lose, snot-nosed white trash, who might’ve voted Trump, except this dude really digs into the facts, as if they matter like life. He can stand back and watch his own idiocies like a big brother, and get angry but not foolishly self-righteous. The second time he cranks up a double-barreled road rock band driving with the devil’s right hand and the pistol on his hip. again the big bro named Del saves him, but just barely. Because he’s a strung-out lout just as much as a hung-up heart. And the other brother turns out to be Del and his boys and Steve loves the gathering history of his music like a wolf that just can’t stop howling at that old devil moon. 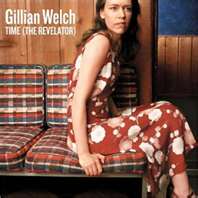 Yeah, it’s a top 15 plus – and I cheat by doubling up (with slashes) on great albums for several artists, three for Earle. This is an odd compromise between great albums conceived by the artists and compilations that do justice to their careers. These are all great introductions and I would hope that those trying out the compilations would search out the artist’s individual album “statements.”  Then you might share your compilations with a budding Americana fan. Among great album statements, you could choose any Dylan album up through 1975 when The Basement Tapes was released… except Self-Portrait. The overlooked Dylan album is New Morning. I could’ve included Johnny Cash at Folsom Prison, for its bullish historical force, and his proud fistful of American Recordings as one of the most wrenchingly grand swan songs ever to take wing over a setting sun. I might’ve included Nancy Griffith’s Other Rooms, Other Voices, but it’s currently out of print. It set an early standard for the tributes-to-other-artists albums that proliferate today, a notable example is Steve Earle’s Townes. Emmylou Harris, Joni Mitchell (Blue, probably) and Iris DeMent should be on the list, but I couldn’t really decide on one or two albums, reflecting their consistent songwriting output. 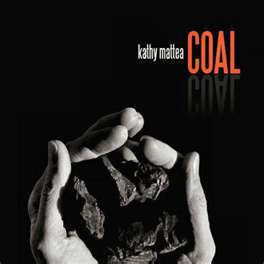 Again I’m guilty of “listyness,” but that was the premise, right?