Here’s my list of best albums of 2012 in roots-music vernaculars. This was also posted at NoDepression.com.

Field Report is the debut album of the Milwaukee folk-rock band Field Report (previously incarnated as Conrad Plymouth) which has received plenty of national press raves and provided the group with strong touring. 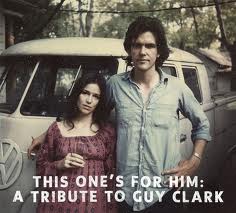 * Released in December 2011, the Guy Clark tribute album missed most 2011 “best of” lists, but won the 2012 Americana Music Association album of the year award.