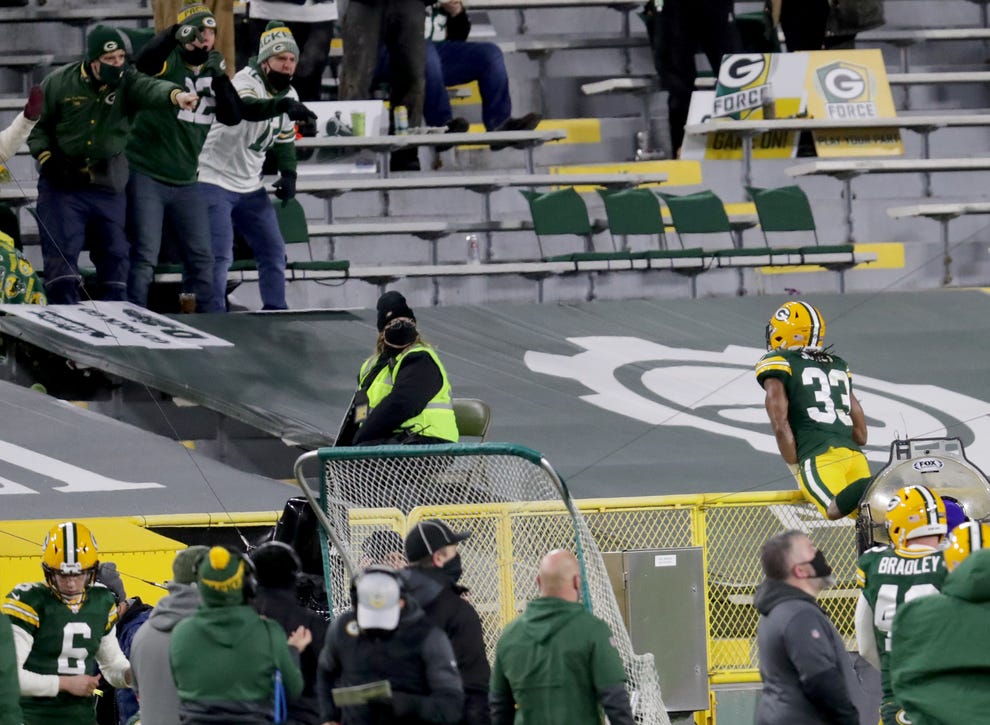 Running back Aaron Jones does his version of the Lambeau Leap for socially-distanced Packer Nation fans after a touchdown Saturday. Courtesy Steve DeSisti and the Milwaukee Journal-Sentinel

Jack Wepfer, who writes for PackersWire, rainbowed a superb historical-cultural Hail Mary to the Packers success this year, and he nailed it beautifully. It’s the Romantics finding their redemption, at least at one level, in a time of tragically damaged rationalist-fed Capitalism.

And if you don’t believe the “intuitional” qualities are key for the Packers, just listen to Zen master Aaron Rodgers this season — his tone, attitude and grateful content. Coach LeFleur, too, exemplifies the stunningly wise humility, amid overwhelming excellence. It temper’s the swagger they also need to win.

In blighted times, The Packers have sustained my spirit and that of Packer nation worldwide. America’s team, for my money.

6 takeaways from Packers’ divisional round dominance against Rams