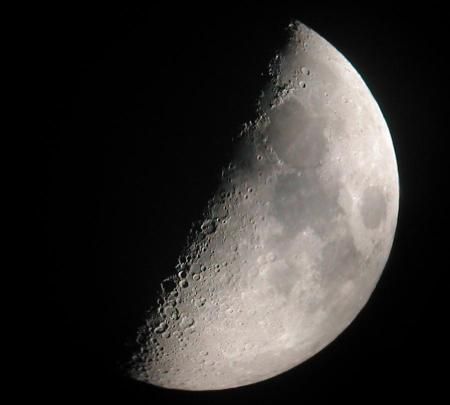 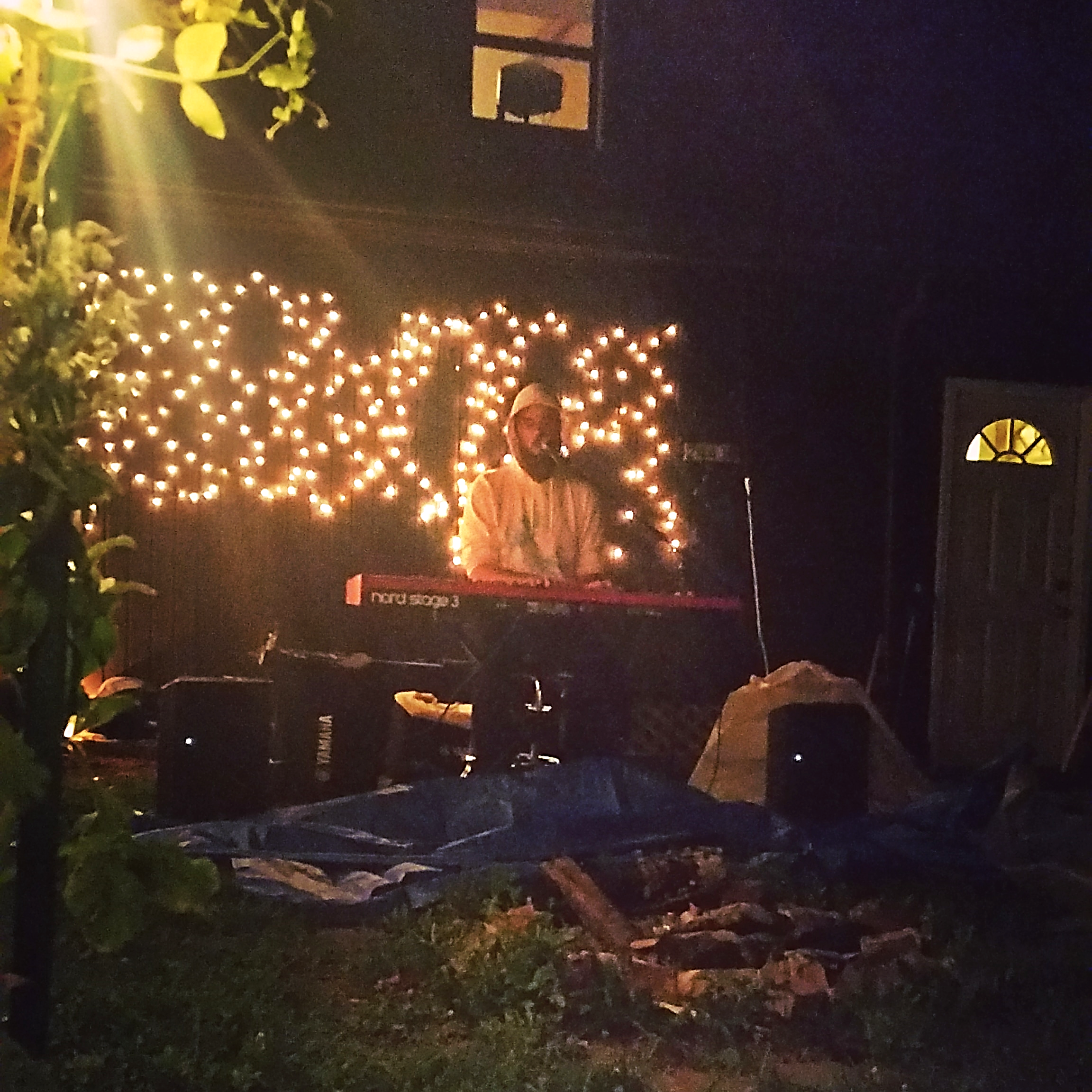 After a rainy interlude (see blue equipment tarp) Father Sky solo (singer-songwriter keyboardist Anthony Deutsch) performed as the headliner for Thursday’s Under the Big Tree backyard concert series in Milwaukee’s Riverwest neighborhood. After the concert, a small bonfire was held, in the wood pit in the foreground.

The final two concerts of the series will be:

Glowing behind a sheer cloud curtain, Thursday night’s half-moon seemed like a dubious goddess casting a sidelong glance down upon the proceedings below: A musician named Father Sky and his largely millennial audience in a back-yard concert called Under the Big Tree. The goddess surely wondered “Who do they think they are?”

“Give it up for the wind,” said the large-minded but slightly nervous Father Sky at one point, as if negotiating with the goddess, for the sake of his vulnerable gig, or for his generation.

Right before headliner Father Sky (singer-songwriter-pianist Anthony Deutsch) had performed, the evening clouds directly attacked this seemingly idyllic gathering with a strong downpour. At that moment, the evening’s second performer, classical and jazz guitarist Ben Dameron, had just played a jazz standard “Here’s that Rainy Day” with an exquisitely probing exploration of the song’s melodic and harmonic depths (Being my late mother’s favorite song, I hoped that, somehow, she heard it). Dameron later admitted he didn’t realize the aptness of his opening song selection. Artistic intuition (or anyone’s intuition?) plays jokes on the artist’s consciousness more often than we realize.

With the rain coming, Under the Big Tree host Liam O’Brien, a singer-songwriter-guitarist who opened the evening’s music, herded everyone inside of the large Riverwest house, a property where he and his partner have previously rented, and where the owner generously allows this music series a second season. Dameron, a classically-trained guitarist – replete with velvet leg cloth as the instrument sits precariously on his right thigh, (classical players never use a guitar strap) –  can hardly weather rain, especially with his very small electric amp.

Though a seemingly shy, musically-focused person, Dameron had immediately shown both courage and improvisational skill by opening his set with a request to the audience: “Could anyone give me a few notes, just anything, to work with?” Someone sang out a three-note phrase and he began deftly improvising on it, before his segue into “Rainy Day,” and then Bill Evans and Miles Davis’ pre-modal masterpiece “Nardis.” When rainy night chased us inside, he continued with  jazz-guitar pioneer Django Reinhardt’s “Nuage” (or “Cloud”), another perfect and evocative choice, “Pure Imagination” from the movie Willy Wonka and the Chocolate Factory, and “Misty.”

Though some might question the last two choices, Dameron made them work as delightful and substantial music. Despite its sappy lyrics, “Misty” has striking interval leaps and shapely chord changes which have bolstered the song’s longevity as an instrumental jazz standard and perennial crowd-pleaser. Here and elsewhere, Dameron employed grace-note pauses for dramatic and expressive effect. And he seemed proud to share a surname with the great bop-era pianist-composer-arranger Tadd Dameron, with whom he seems to share a balance of well-honed refinement, harmonic depth, and swinging derring-do. 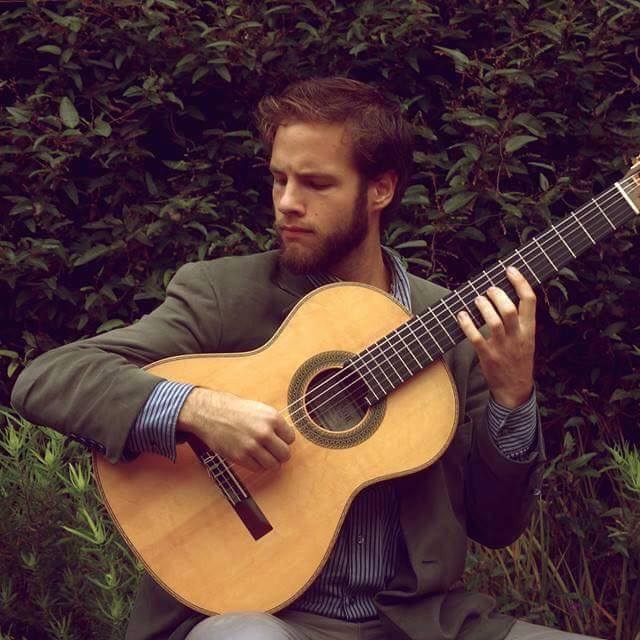 But let me back up to contextualize this enlightening evening. By very informal observation a number of baby boomer parents struggle in their relationships with their millennial offspring, probably as most parent-child relationships are fraught, at least part of the time.

As a childless baby boomer, I can’t comment on this dynamic with any first-hand authority. But I can report an experience as a cultural journalist. Thursday night I got more than a glimmer of insight into what Milwaukee millennials do, in the night, with the music, alone (together).

A well-connected boomer friend of mine, musician and poet Rick Ollman, clued me into this quietly growing cultural venue, when I spoke with him at an event at the Jazz Gallery Center for the Arts. By the way,  the JGCA on Center Street (like the nearby Company Brewing) has increasingly become an important crossroads for different generations (I often see millennials sprinkled among the predominant baby boomers and Gen Xers there) and, perhaps more importantly, as a crossroads for Milwaukeeans of different colors. 1

But back to last night, and my infiltration of this largely millennial gathering, although with a smattering of older people, who were warmly welcomed.

Host (and apparent venue concept mastermind) singer-songwriter Liam O’Brien played a short opening set on his National steel-body guitar. He began with John Lennon’s “All You Need is Love,” sung almost apologetically because, he explained, he was prepping it for a wedding the next day, which had requested the song. Quiet as he played “Love,” it clearly set a magnanimous tone for the evening. He proceeded with an original that riffed on big numbers: “10,000 sheep tend to the herd,”… “will you love me in 10,000 days?”…”10 billion voices”…”10 billion years”…but with a tough, rocking guitar solo to bring his expansiveness back down to earth. The rather poetic riff on big digits recalled the great Milwaukee poet Antler, whom O’Brien should investigate, if he hasn’t. Another set highlight was O’Brien’s deftly satirical and peppery-paced “Hot Damn” (a “working title,” sung with his partner Sarah Shay) where aspects of nature behave like their all-too-frequent enemies (humans, that is, which reminds me of our current president, behaving like our enemy):

Soil, dust and sand have lawns and go for Sunday drives

Hot damn! Just look looking at them go about their lives! 2

The audience ate up O’Brien’s defiantly pro-environmental attitude, which extends deeply into the resounding poetry and musicality of Father Sky, the only one of these acts I had already known. This blog has written about Father Sky, but not at length, and he’s worth plenty more consideration. 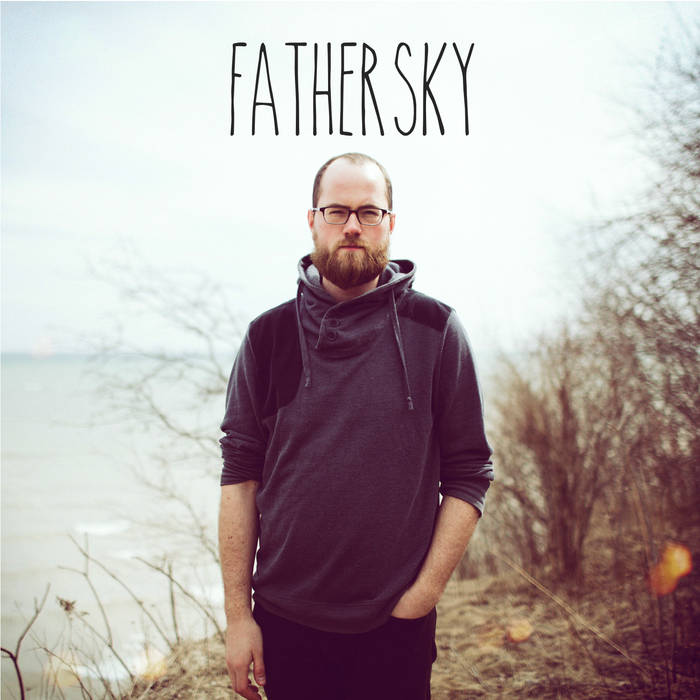 And now it’s clear, this is one of the most distinctive and original jazz-related artists Milwaukee has seen for a quite some time. Deutsch can play jazz piano and sing jazz standards adroitly, and do that combination probably better than anyone in the region. His originals on his eponymous debut album Father Sky (which includes bassist John Christiansen and drummer Devin Drobka), deal in personal testimony, inspirations and evocations from the heart. The album’s clever, and sometimes blues-inflected, but spare arrangements don’t try to impress the jazz buff, but reach to the broadest imaginable audience for a serious artist, as has many a gifted singer-songwriter, ever since Bob Dylan arrived and changed that game forever.

Thursday night, when Deutsch declared that his song “Within Me, Within You” is a personal anthem, one could more precisely understand and feel where he comes from, as an artist. He sings:

Within me, within you

Don’t look for something you can’t hide.

Without me, without you,

There’s nothing separate from you.

The storm’s a comin’, to your doorstep…

keep your love but don’t you hide.

Be silent, be observing,

Your power has no limit.

Throughout the songs – exploring the many-webbed interfaces of Nature, spirit, and humanity – you realize this man is deeply knowing, the proverbial “old soul” in his mid-20s.

Deutsch’s pliant and furry voice reflects his primary influence, Nina Simone and yet he unabashedly acknowledged his affinity for the pop folksinger Cat Stevens. The Simone influence really gives him stylistic power and substance. Like that late great singer-songwriter-pianist, this tall, bearded young man’s voice can swim in deep registers that grab at the listener’s soul and then pull it up towards the performer’s searching-for-sky POV, unafraid of the emotional stretch or lurch involved. His rounded middle and upper registers flow easily, like fish and birds near the surface of a full-fathom-dive ocean.

In having a gifted black woman as this white man’s primary influence – and all he does with it – there’s more than a whiff of genius.

And Deutsch was playing solo outdoors, with only an electric piano, albeit a very nicely-rigged one. His sound effects-infused opening to his second song faintly evoked legendary jazz “space traveler,” Sun Ra. Somehow, by about the middle of his set, the doubting lunar goddess above, Father Sky and the audience seemed to meld into a whole, in the nocturnal light, beneath the huge canopy of leaves, in a harmony layered with hidden complexities, as is this artist’s music.

Shortly afterward, the millennials lit a bonfire, right beside the performance area. Rainy dampness had faded away. The young people, the unfettered talent, the blaze. It all gave me, and my boomer friend Rick Ollman, increasingly certain faith in this incoming generation – gathering hope, conviction and fire for their era of power and transformation.

“That seemed like something right out of the sixties,” Ollman said, with a wry smile.