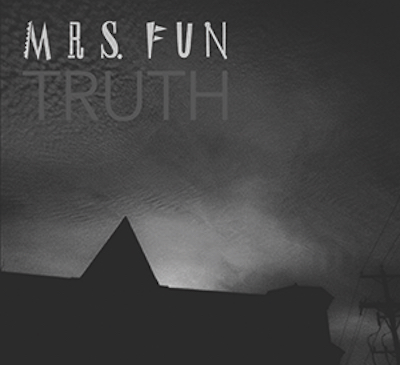 (Mrs. Fun, with guest bassist-vocalist Ethan Bender [from Streetlife], will perform from 4 to 8 p.m. Friday December 7, at Metro Market, 4075 N. Oakland Ave, in Shorewood. Mrs. Fun also performs with song stylist Liv Mueller at 8 p.m. Saturday at the Shorewood Legion Post, on Wilson Blvd.) To keep up with Mrs. Fun, visit their website:

Mrs. Fun is a 30-year marriage of musical mirth and mutual creativity. On Truth, The Milwaukee jazz-pop duo documents its characteristically vast expressive range and stylistic diversity. The title, and the album cover’s darkly eloquent pyramid silhouette, suggest intent to stand the test of time. You could pop this CD in for a party backdrop, yet it rewards mindful, even reflective, listening.

To the latter point, the original “Zawinul” tributes the dominant figure behind the incomparable fusion group Weather Report. It evokes Joe Zawinul’s orchestral exotic scene-painting via synthesizer, yet retains the grounding of walking bass and crackling drums. Similarly “Orange Grove” bears sweet fragrance and rhythmic strum of the Latin guitar (synthesized). Keyboardist-vocalist Connie Grauer might be the most resourceful synthesizer player on the Milwaukee scene. This keys the group’s brilliance, along with drummer Kim Zick’s endless array of rhythmic accents and propulsive grooves and dynamics.

Grauer imaginatively reinvents two jazz classics. She prefaces Antonio Carlos Jobim’s “How Insensitive,” with her and title“Silent Mist” and graces the exquisite Jobim melody with her own poetic lyrics. And Wayne Shorter “Pinocchio” goes sci-fi as “Space Port/Pinocchio,” befitting Shorter’s own sci-fi sensibility. This is Mrs. Fun in their exuberantly edgy acid-jazz mode. However, I wanted the great jazz composer’s full melodic theme stated, and explored more — the theme’s closing phrases, suggest both involution and a curious outward force, akin to more-complex-than-he-appears Pinocchio, and his mythical nose. Several more minutes of development and this might’ve been a minor masterpiece of re-imagining. If any sensibility is expansive, its sci-fi.

“Soulful Strut” covers a hit R&B instrumental from 1969 and, while not quite as exhilarating as the horn-driven original, it captures the funky tune’s infectious insouciance. 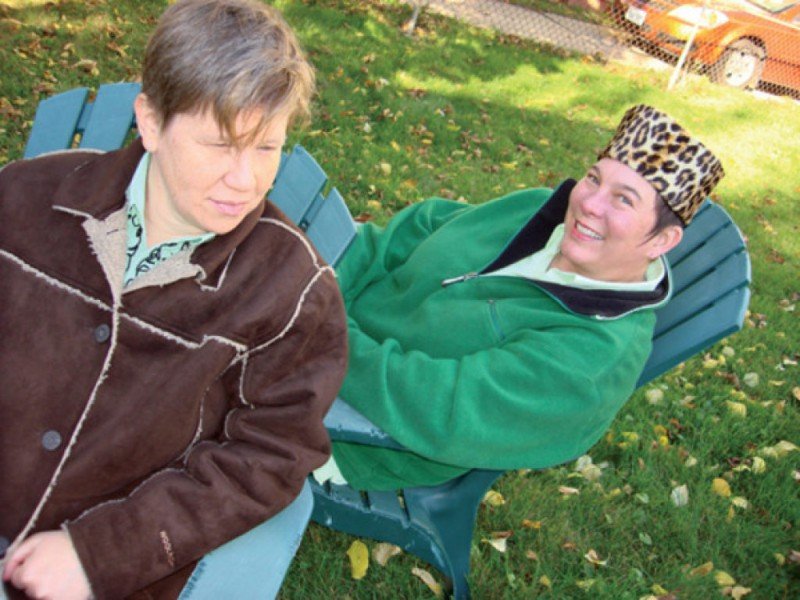 Less successful is their cover of “Light My Fire” which here is a fairly straight recitation of the melody, which isn’t strong enough for such instrumental scrutiny, even if it and the song’s lyrics could launch the dark power and dynamics of The Doors’ original and Jose Feliciano’s soulful hit re-make.

They’re smarter when Grauer does a vocal she can handle, or they add guest singers here, like rapper Klassik or vocal stylist Liv Mueller on the closing “Calm before the Storm,” which includes a fine Grauer keyboard solo with deftly spacious phrasing. Despite her gifts on electric keyboards, I’d love to hear her record more acoustic piano, which she also excels at.

One hopes this group does more recording, of what they exactly want to do. They’re natural musical entertainers, and deft collaborators, but they have room to grow as musical artists.

As for now, in such often-dire and depressing times, the Truth never felt so good. Plus, as top-rate as the album is overall, it can’t do justice to the bright, vibrant personality of this consistently engaging duo in live performance. So I recommend you search them out in person (they gig frequently), and buy the CD directly from the artists.

This review was first published in shorter form in The Shepherd Express: Mrs Fun review