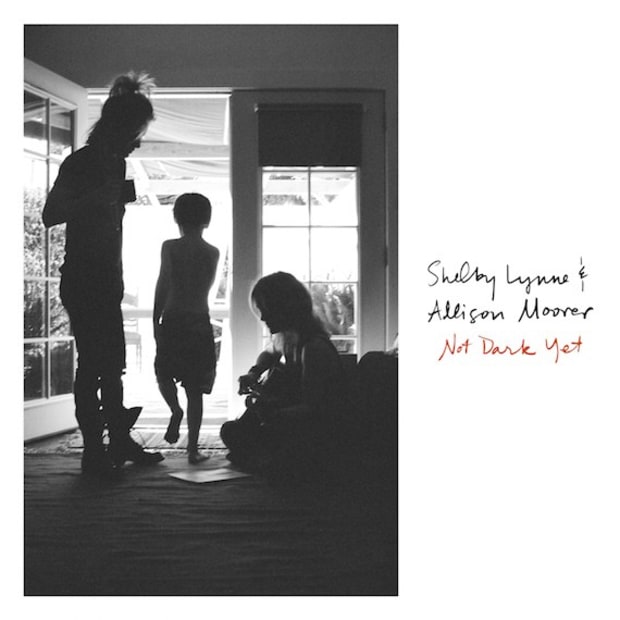 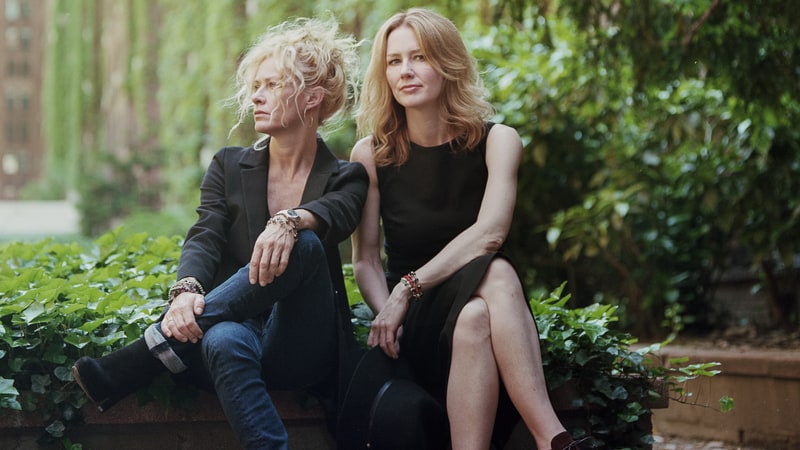 The lateness of this first, yet seemingly natural, collaboration of sister singer-songwriters carries old, heavy freight. Both witnessed their father kill their mother, then himself, in the backwoods of Alabama. Decades past, finally realized, Not Dark Yet reveals both as artists mature enough to transmute tragedy into a deep array of poignant expression. The album cover does depict three figures wholly shrouded in shadow, a teenager and an adolescent frolicking while a third person plays guitar.

Lynne is a fairly straight country artist and younger sister Allison (the ex-spouse of Steve Earle) is decidedly alt-country. And yet, they avoid the sentimental pitfalls common to country autobiographical song with a brilliant array of covers of other singer-songwriters, save one song by Lynne. The title song, one of Dylan’s best late period creations, clearly encounters trauma’s impact: “Feels like my soul has turned into steel/I’ve still got the scars the sun didn’t heal.” Yet it has graceful depth, an offhanded philosophic recognition of darkness’s inevitability in life. Here and elsewhere, their voices’ blood-matched closeness plumbs their souls and touches the listener.

Their oblique approach to their parental loss dwells in their rendering of  Townes Van Zandt’s chilling “Lungs,” uttered from the strangely-elevated viewpoint of a person dying of lung cancer: “Jesus was an only son and love his only concept/strangers cry in foreign tongues and dirty up the doorstep.”

Or perhaps they’re searching for their martyred mother in Jessi Coulter’s “I’m Looking for Blue Eyes.” Here their vocal harmonies are soul-straining but wrenchingly radiant, entwining each other like tendrils of a crown of thorns. Or hear the yearning of Jason Isbell’s “The Color of a Cloudy Day”: “I can never find you in my dreams,” an obsessively repeated refrain. Nirvana’s “Lithium” activates a chemistry that seems to reach into the sisters’ shared historical essence. A forlorn, layered spirituality dwells in this album, an acceptance of the larger mysteries.

And yet, such fathomless beauty and tenderness carries through their lovely, life-worn voices that one feels them, not merely as orphans, but as women artists who have lived, lost and learned. This is among the year’s most indelible roots music albums.

And it’s an activist statement: They list the contact information for the National Coalition Against Domestic Violence  beneath the inside-cover song titles and credits.