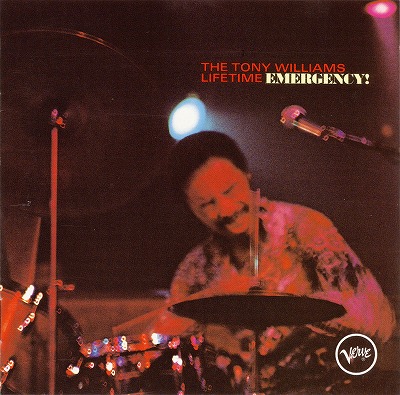 Emergency! by the Tony Williams Lifetime always had the pressing urgency it’s titled insisted on. But it was also always a cauldron of mystery, rough allure and power. In 1969, it churned the way forward for most of the jazz-fusion era, and distilled as much burgeoning talent into a trio as any group of its era.

That adds up to one of the most promising local jazz events in recent memory. Guitarist Neil Davis will lead a trio that will perform the original two-record set Emergency! live tonight at 9 p.m. at The Jazz Estate.

Davis is a technically-gifted and historically-curious guitarist and educator, and one of the co-founders of the West End Conservatory and Milwaukee Jazz Vision, the website that promotes and documents local and national jazz in the Milwaukee area.

However, because Davis could not find the proper organist to do the record full justice, he has changed his plans. The night will feature a couple of tunes from Emergency! and be a tribute to the guitarist Grant Green, drawing from the albums Green Street and Standards. The bassist will be Clay Schaub and the drummer Devin Drobka.

“Where am I going?” Williams sings at one point. “Where have I come from? If anyone asks me, I know I can say. ” The listener wonders as well, and perhaps Williams did at times, but you can’t help feel pulled along on this uncanny adventure. Williams’ drums blend whisper-to-roar snare press rolls, and a blistering array of attacks, explosions  and thrumming, throbbing back beats. Yet there are also disarming scenes of quiet otherworldliness.

Williams, only 24 at the time, was boldly charting new ground here. He hired the visionary organist Larry Young and the brilliant British guitarist John McLaughlin, who got his first chance to fuse jazz and rock. He would, of course, become a giant of fusion, especially with The Mahavishnu Orchestra. Here he blended fiery speed with bracing, uncategorizable textures.

Young, a modal innovative stylist on electric organ, summons some of the most ethereal sounds ever mustered from the instrument. At times he sounds like an ice-skating rink organist on acid. But he’s clearly a virtuoso. 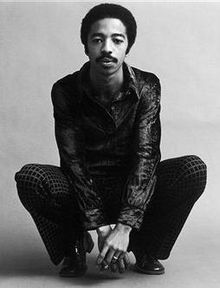 Miles Davis showed up at one of the trio’s first live performance, and was so impressed that he asked the trio to join his band. Williams declined at first, even though he’d been part of Davis’s classic ’60s quintet from the age of 17. But before long, Davis had lured Williams and McLaughlin to help him record his break-out fusion impressionism masterpiece, In a Silent Way. Organist Young would follow along with the drummer and guitars on Davis’s seminal jazz fusion record Bitches Brew.

But much that was fresh, strange and wondrous about the first possibilities of fusion arose like a dancing, sinuous flame in Emergency!