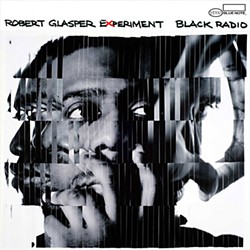 The Robert Glasper Experiment’s “Black Radio,” a live amalgam of R&B, hip-hop and jazz taking place at 7:30 p.m. on September 26, may feel like a risky experiment for the South Milwaukee Performing Arts Center.

After all, this is urban music insinuating itself north to south, with much of what that signifies in terms of American and Milwaukee history.

Despite clear progress, how much less racially and culturally polarized is America today? Yes, today we have boho-Bay View, but this traveling show is going into Milwaukee’s deep south. And yet, South Milwaukee is its own distinct community, SMPAC director Chad Piechocki points out. The center staged blues legend John Hammond last season. And the city got a feel for contemporary, historically-informed black music at the end of last season with Ruthie Foster, the gospel-soul-roots folk singer.

She was well-received, but her earthy radiance is fairly feel-good. Yet, in his way, so is keyboardist-composer Glasper. Sure, he’s pushing the cultural edge further. Black Radio reflects a new era for the arts center and its intrepid and imaginative young director, with the concert based on Glasper’s same-titled album.

The center is an impressively renovated space in South Milwaukee High School, (901 15th Ave. South Milwaukee), and operated as part of the city’s recreational department.  Piechocki aims for “eclectic yet accessible” programing. The updating of South Milwaukee culture began with his resourceful predecessor, Brenda Johnston, Piechocki says, so maybe it’s more a matter of rethinking preconceptions and stereot ypes. What can you presuppose about an album like Black Radio, which seamlessly ranges from Erykha is Badu singing Mongo Santamaria’s Afro-Latin Jazz classic “Afro-Blue” to Lalah Hathaway recasting the cool ecstasy of Sade’s “Cherish the Day”?

Add to that “The Consequences of Jealousy” by contemporary crossover jazz bassist Michelle Ndegeocello (who plays on the album), David Bowie’s “Letter to Herione” and Kurt Cobain’s “Smells Like Teen Spirit.” Glasper’s originals, aided by Mos Def, Musiq Soulchild and others, help it all meld. Unlike hard-core hip-hop, brings with melodic and harmonic sophistication more like the hybrids of fellow jazzer Jason Moran. 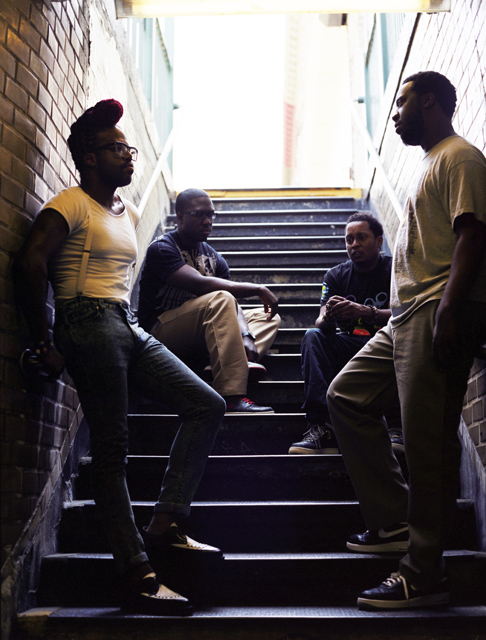 The album’s deftly wrought diversity recently earned Glasper five awards from Down Beat magazine’s 60th annual critics’ poll. Glasper is trying to challenge presumptions about and of hip-hop, and succeeding, because he’s getting played on urban radio – and during prime daytime slots. On Oct. 9, Blue Note records will release a remixed version of the album, with an unreleased track. And Glasper has been added to the lineup of the iTunes Festival 2002 (which will be downloadable live) in London, on September 23.

The CD delivers not gansta rapology but a kind of immersion in supple R&B groove, chill out   “experimentation for meditation.”

“I hope to see these gangsters acting like teachers,” Lupe Fiasco muses at one point on “Always Shine.”

Piechocki himself defies stereotypes: He graduated from West Point where he majored in philosophy, then he began his venture into the arts. He writes poetry and for the theater, and is working on a project which he hopes will successfully set his verse to dance performance.

Aided by a strong and supportive board of directors, Piechocki aims to stay at a high, yet indefinable, bar level. Last season had a sold-out flamenco show and this season boasts the return of the Vienna Boys Choir (Nov. 23). 2013 shows include unclassifiable physical comedian Avner Eisenberg (Jan. 25) on the center’s student series, Davell Crawford interpreting Ray Charles’ pioneering 1962 crossover album Modern Sounds in Country and Western Music (March 14), Frank Ferrante’s Groucho Marx show (April 26) and cutting-edge illusionist Jason Bishop (May 17), among others. For information, visit www.southmilwaukeepac.org, or call 414-766-5049.

This article was originally published in the September 13 issue of Shepherd Express.