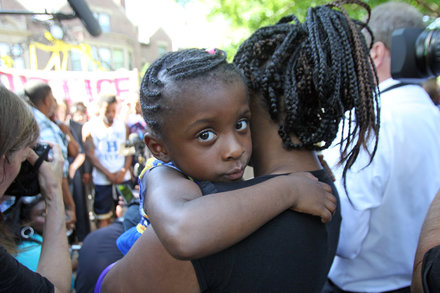 The daughter of Diamond Reynolds, whose boyfriend, Philando Castile, was shot by the police in Minnesota last week. Credit Eric Miller/Reuters

An excellent article by Yamiche Alcindor in the Sunday New York Times highlighted one of the heart-rending tragedies underlying America’s pervasive crisis of black men being killed by police, most evidently for unjustified reasons, despite court rulings which almost invariably fail to charge the police perpetrators.

Alcindor’s subject is the children of such tragedy. Most often, the offspring of the killed endure “close-up views of violence, obviously traumatizing, giving rise to a generation of young people who distrust authority, grow up well before their time, and suffer nightmares that seem too real,” Alcindor writes.
Because her article is straight reporting, it does not explore possible solutions to this urgent and long-neglected problem.
Certainly another problem, which many people falsely compare to this one, so-called “black on black crime” is more complicated because it is harder to address.

But Alcindor’s article cries out to me with several ideas that fairly grabbed me by the collar.
First, training of policemen is paramount to them doing their job properly and effectively and here is where the criminal justice system has failed for too long.
Clearly, police need to be re-programmed, especially to understand urban communities as persons they should be guardians of, rather than seeing every black person as a potential criminal.
This apparent presumption is fed by very subjective aspects, including personal bias, racial antipathy or worse, and perhaps even fear for one’s own life. However, “fear for one’s life” is all too often used as a facile excuse to shoot, or kill, a person whom the officer perceives as suspicious or threatening.

These biases relate primarily to race, as statistics have become numbingly familiar regarding how much more often African-Americans are victims of systemic and direct criminal injustice, compared to whites or other people of color. It remains all too easy for police, as well as judges and other administrators to allow their own attitudes, instincts and stereotypes influence their judgement, when they look at the color of a person’s skin.

With police in a tense situation, that judgment frequently must be quick and is easily mistaken and, sadly, morally blinded. Nevertheless, officers too-typically rush to judgement with lethal weapons in their hands, pointed at the subject. Otherwise, we most likely wouldn’t have nearly the glaring problem with white policemen, which these cases almost always involve, as opposed to police women. Given this, the role of testosterone in such pressure situations should also be investigated. 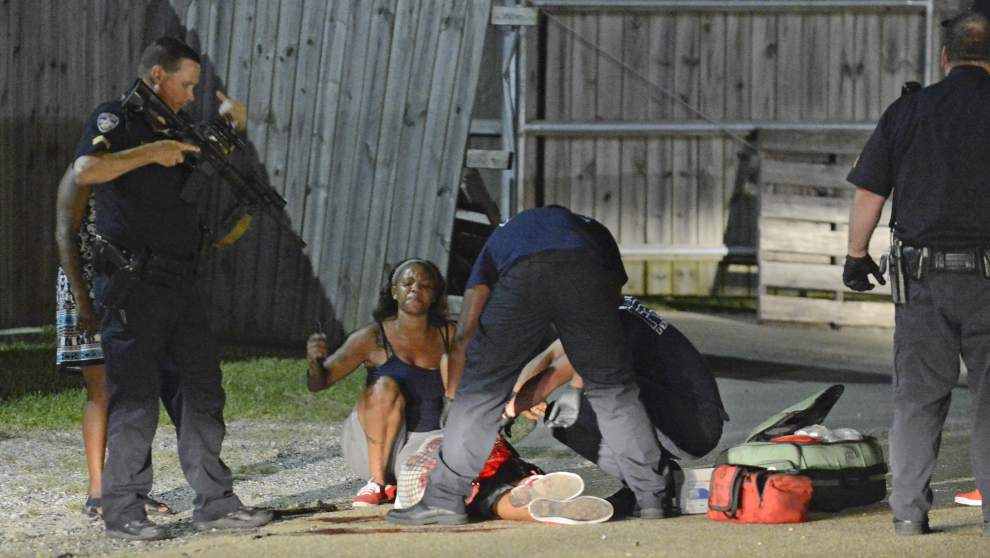 The scene after the Alton Sterling shooting by Baton Rouge police. Photo by Hillary Scheinuk for The Advocate.

More enlightened police training and broader education — especially in the humanities — should focus on cultivating relationships with the community that meet them at the level of their humanity, which could go far towards overcoming the negative biases that lead to indiscriminate — but officially tolerated — mayhem.

Just as humanities education, like black lives, has become devalued more broadly in our techno-crazed society, it is rarely considered in this scenario.  However, the more a person gains an appreciation of the phenomenal range, beauty and profundity of human endeavor and accomplishment, the more the person is likely to see in another an incalculably valuable person, rather than a stereotype of a criminal, or an ominous “other.” Lost in this scenario are the victim’s children, until perhaps cameras catch them, after the fact, as when the son of Quinyetta McMillon collapsed on camera in uncontrollable sobbing over the recent death of his father, Alton Sterling in Baton Rouge, Louisiana.

I would argue that the easy, personal media exposure to popular culture is hardly education enough, because such activity it is almost by definition the most transient and often the most superficial part of our culture. Young people typically outgrow, or remain stuck in, their youthful enthusiasms. And I include my own baby-boomer generation in this characterization. That is not to discredit the power and value of the best of such enthusiasms, but merely to suggest they reflect youthful energy as a driving force, and encompass only so much of a historically profound and broad culture — as complex as the American experiment itself.

This need for humanities education is especially true in this nation because ironically African-American culture is — despite rising from such a minority statistical demographic — is more central than any other indigenous culture to our nation’s humanity, to what we consider intrinsic and vital in American culture, especially when you consider the contributions of blues, jazz, rhythm & blues, gospel music, hip-hop, and African-American contributions to literature. Perhaps the two greatest American novels of the 20th century have race as a central subject, Ralph Ellison’s Invisible Man and Nobel laureate Toni Morrison’s Beloved, and African-Americans wrote them both. The work of James Baldwin, the greatest black writer of the civil rights era, stands on a comparable level. Another novel, which is arguably America’s most widely acclaimed and beloved, Harper Lee’s To Kill a Mockingbird, is by a white Southern woman, but it deals with racism and false rape charges against a black man.

How many of your average beat officers have read and learned from such writing or such music? African-Americans have also deeply shaped and directed theater, visual art, dance, and all of the arts and crafts. The vast influence of African-American culture worldwide is a testament to this as much is anything.

So this tragic persistence, as a kind of inhumane extension of our legacy of slavery, exacerbates the ongoing contradiction and disgrace of America. 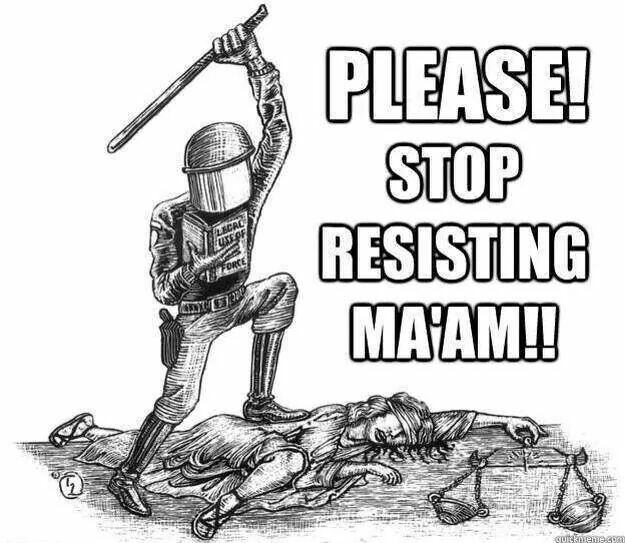 We feel overcome with a shocking sense of black human lives being devalued into something that the stricken but resolute McMillon memorably characterized Wednesday. “I, for one, will not rest,” she said, “and will not allow ya’ll to sweep him in the dirt.”

Clearly she, like all the protesters, believe they will overcome.

Another aspect is the ancient, hoary mentality of “might makes right.” That’s evident in an incident where armed police in riot gear invaded private property, where peaceful protests against Sterling’s death were being held. The police began assaulting the protesters without provocation or legal right.

The second big problem is police training built on pervasive use of guns. When officers pull guns on a person who simply looks suspicious or is simply selling CDs, as he had for years, logic tells us that we are asking for mistakes that turn into tragedy.

It’s unnecessary, especially when you consider that Australia has been very successful in cutting back on gun deaths by simply buying  back guns, and England, though a far smaller and one can argue for less complex society, still does not arm its police with guns and it annually has an almost nil mortality rate at the hands of officers. Nor does it have a significant crime problem, given the lack of police firepower.

Instead of having officers almost reflexively pull and fix their guns on a suspect, we should train them to use guns only as a last resort. Techniques of manual, verbal and psychological crisis de-escalation are mastered by the British police and other law enforcement around the world. But such approaches are all-too-belatedly being introduced into our police departments, and far too many remain resistant or procrastinating, due to a long-standing retrograde police culture of macho gun use. These practical and broader cultural suggestions feel extremely urgent and deeply needed.

Finally, despite the provocative images above, I don’t want this to be interpreted as simple police-bashing. The issue is much bigger than “bad apple” cops. This video, by contrast should offer genuine hope that police and life-saving doctors (this one an African-American) may yet come together with the rest of our national community to provide the healing, enlightenment, and problem-solving change required of us.

We have not another day, or black life, to waste. And we forsake and damage their children in our ignorance and intransigence. How low do we go, before we rise?