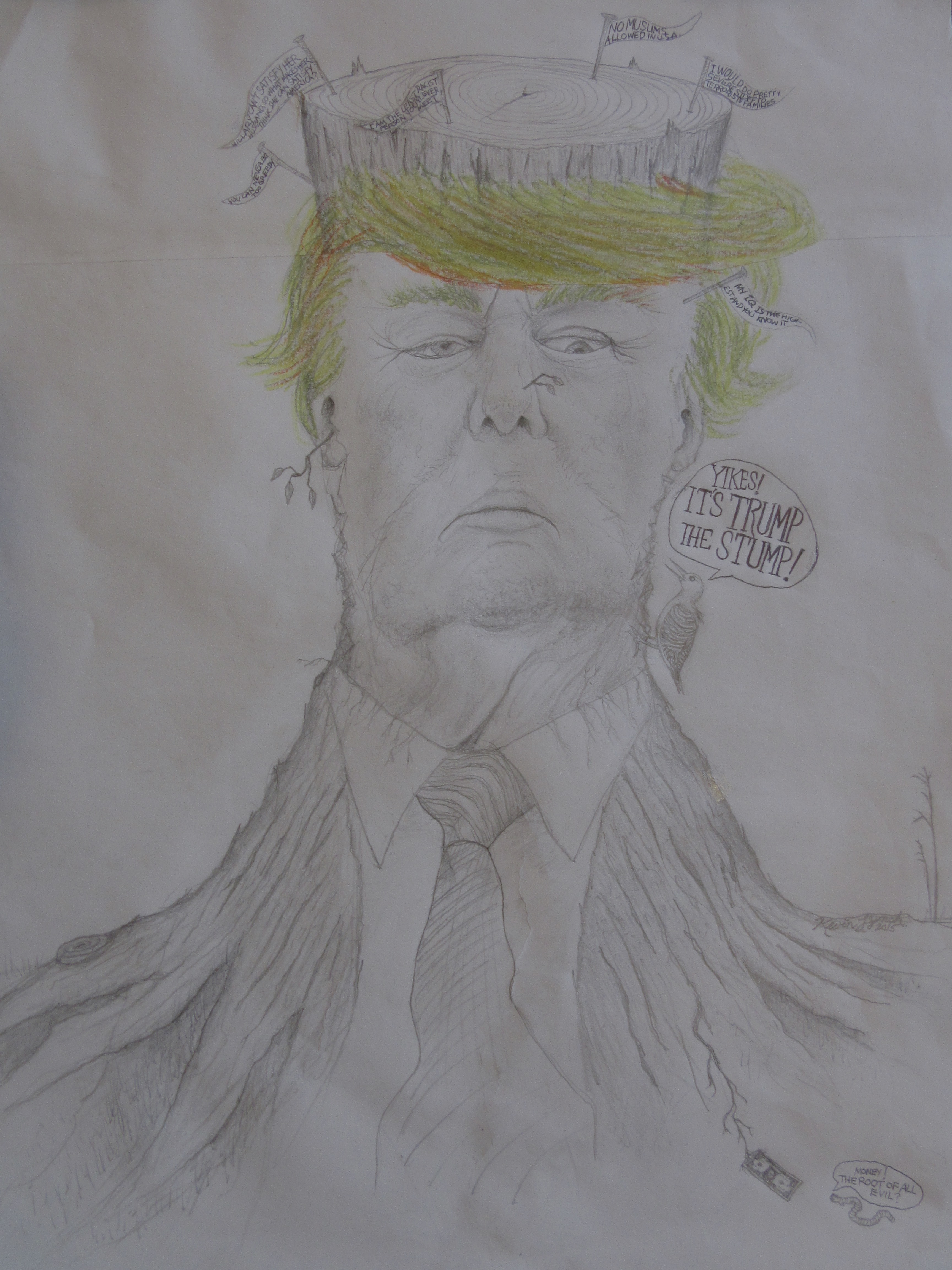 Trump, who needs no introduction, has perservered till now against all Republican presidential candidates and beyond virtually everyone’s expectations of his seemingly Charmin-thick bloviation as a politician of substance, a potential statesman.

We all know he’s a master performer, for an adoring 35 per cent of the angry, mostly white-male Republican base. Their anger at stultifyingly obstructionist politics-as-usual, after the Great Recession, is understandable. Trump understands them too, like a snake oil salesman understands a vulnerable family whose house he’s slithered into and scoped out fully.

A couple of Trump’s business partners, notably NBC and Macy’s, cut ties with the candidate. It appeared Trump’s campaign was over before it even began.

But while most other politicians would have apologized, Trump responded with what has become his characteristic tactic – doubling down. Trump reframed the debate on immigration to focus on crimes committed by illegals. The arrest of a previously deported illegal immigrant for the murder of Kate Steinle in the sanctuary city of San Francisco gave Trump’s charges new weight.” 2`

In a nation where everyone is constitutionally innocent until proven guilty, the arrest of a single previously-reported illegal immigrant and alleged murderer, is the new wobbly top-stone of his “gravitas,” the the WND editors judge.  Time and again, Trump sows xenophobia, irrational fear and racism in the public consciousness, with Trumped-up rhetoric and demagoguery.

Yet facts, and illustrative, rationally meaningful statistics — which Democratic candidate Bernie Sanders shows a surpassing command of — mean virtually nothing for Donald in Wonderland.

So he is it given credit for a certain intelligence, in manipulating the public and the press, but beyond that really, what is there? Where’s the policy meat, beyond the thick layers of baloney? These questions prompted the image that I created recently.

It is not a purely illustrative drawing, because I’ve spent my career as a print journalist although my background is as an artist. So — as Trump is mainly his rhetoric — it also incorporates quotes from him, and a couple of comments from the peanut gallery of Nature, which surely observes Trump with the great curiosity and perhaps to dread. He seems sanguine at best about global warming and the need to address it, like virtually all the Republican candidates. (Enlarge the image slightly to read the quotes better).

Upon these questions, I offer you this drawing titled “It’s Trump the Stump!”

1 The original Trump drawing is currently on display at The Jazz Gallery Center for the Arts, 932 E. Center St., Milwaukee. Thanks to Mark Lawson.